This year serves to prove the non-conformist yet globally enriching characteristic of current interchange in the contemporary art world. This in all the experience across the planet defines a remarkable diversity of ends and means. Yearbook 2006 reveals this, although a similar selection could be made from all the other articles by Studio International contributors across the world.

As we look back, it was already fully evident that coverage of China – her history, and her contemporary cultural development – gave a vital new dimension. It is good to recall that The Studio – our predecessor, founded in 1893 – took on, through the Founder/Editor/Proprietor Charles Holme (1848–1923) an important commercial and cultural role stemming from his engagement as an entrepreneur in the Far East, becoming a special conduit for ideas. In this, Studio was well ahead of other competitors striving to make their mark in this field. Today, doors are opening across all South-East Asia. We were able to document the significant and relevant exchange between London’s Royal Academy exhibition ‘Royal Academicians in China’ (page 70) and the reciprocal show ‘China; The Three Emperors, 1662–1795’ (page 56) fully approved, and with exceptional loan items, by the Chinese People’s Republic. We covered the superb exhibition sent from Vienna to China of ‘cutting-edge’ contemporary Austrian architecture (page 170), which was exhibited in both Beijing and Guangzhou and has been a further important European inspiration in the run-up to the Olympics. We include the feature article covering Chinese art history (page 8) by Dr Thomas Lawton, former editor for Artibus Asiae, former director of the Freer Gallery of Art and founding director of the Arthur M. Sackler Gallery in Washington, D.C. This is an article of rare insight and research, reflecting Dr Lawton’s deep knowledge of the subject.

Drawing down various one-off historical initiatives, we include 19th century paintings by J.C Dahl, as exhibited at the Barber Institute, Birmingham, relating to the Romantic tradition in England and Germany (page 76) and a summary of the Gothic world (page 106), plus a searching essay focused on the 19th century plight of displaced people (page 110). We recognise the contemporary predicament of contemporary artists in Lebanon – as presented by the Museum of Modern Art, Oxford (page 132) – and the real struggle that persists to make art in the Middle East today (pages 156).

In London, the dramatic impact of New British Art, as presented at the Tate Triennial 2006 (page 64), could be interestingly set up against the parallel universe of British fashion in our review of the exhibition ‘AngloMania’ shown at the Metropolitan Museum of Art, New York (page 176). One key design highlight in England was also memorable: the Pallant House Gallery in Chichester (page 152), designed by the veteran Royal Academician Sir Colin St John Wilson, architect of the British Library (d. 2007). This small gem of a building put a historic English cathedral town firmly on the map with a contemporary masterwork that is an exemplary swansong of its designer.

The late Susan Sontag (d. 2004) is commemorated in this 2006 Yearbook by a tribute (page 138) linking her universal talent, as here applied to photography,
a key interest for her. We are thankful to the estate of photographer Peter Hujar (d. 1987) for the sublime image by him, which we have incorporated on the
back cover. 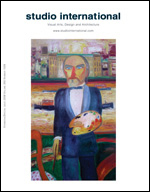 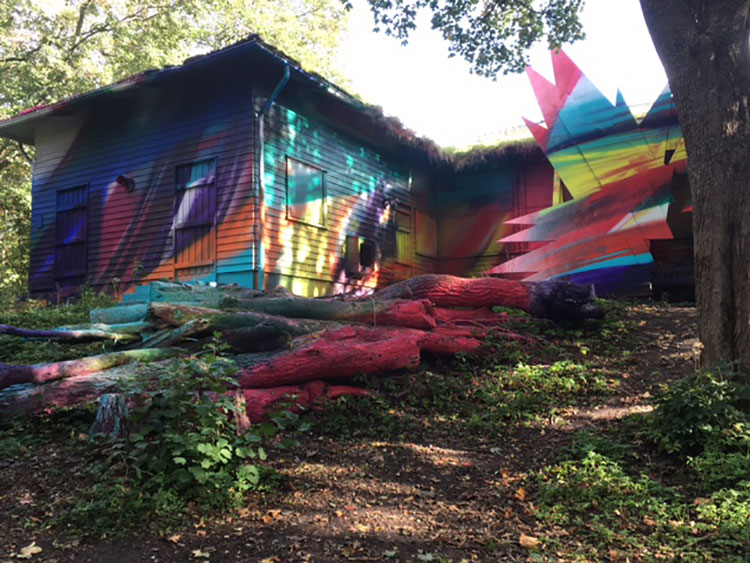 For 2021, the inaugural Helsinki Biennial and Helsinki Design Week wore their hearts on their sleeve... 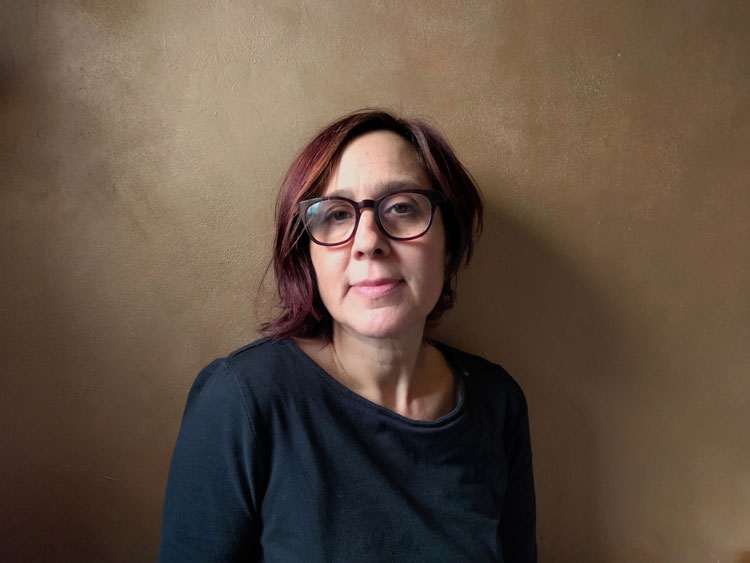 Phyllis Christopher – interview: ‘We had come out, people were dying, ...

The photographer talks about her coming of age in 1990s San Francisco, where, despite the Aids crisi... 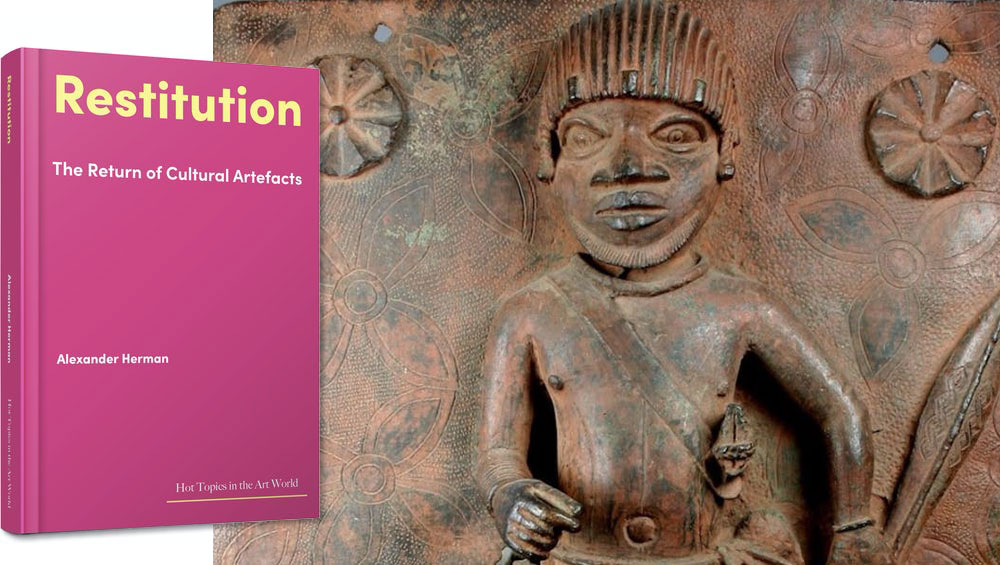 As western nations increasingly give consideration to the repatriation of stolen artefacts, cultural... 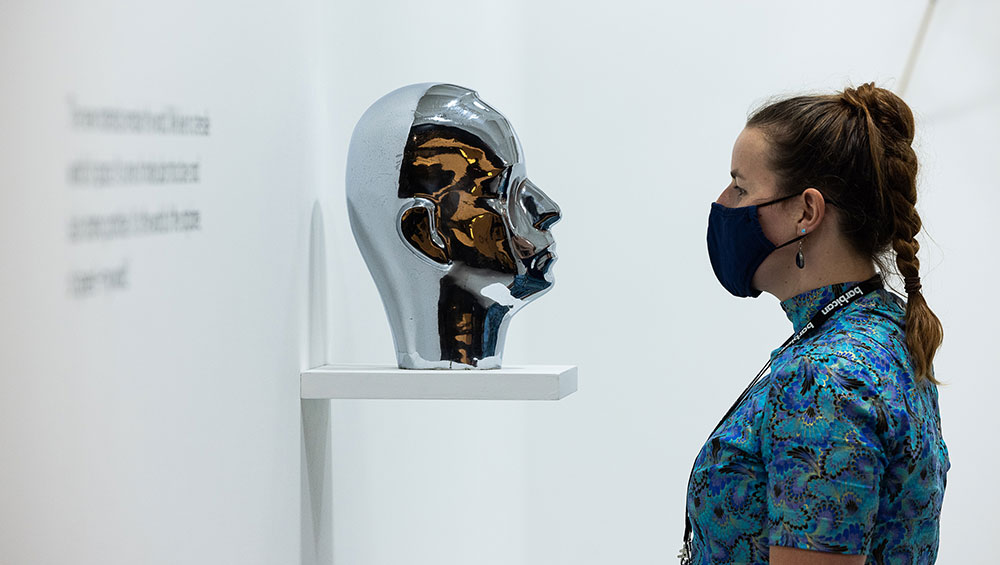 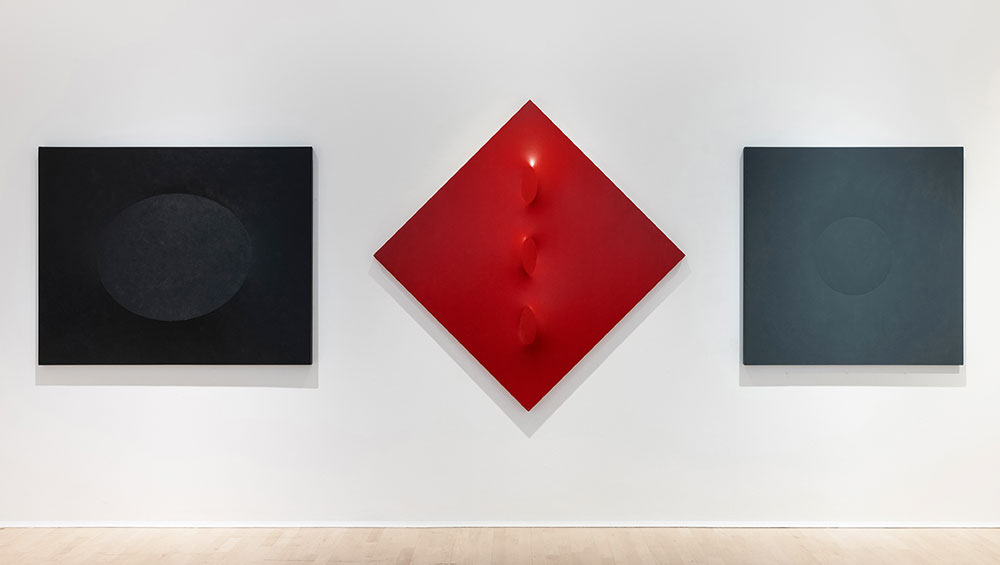 A tribute to Turi Simeti presents an encapsulated overview of a major figure of Italy’s postwar av... 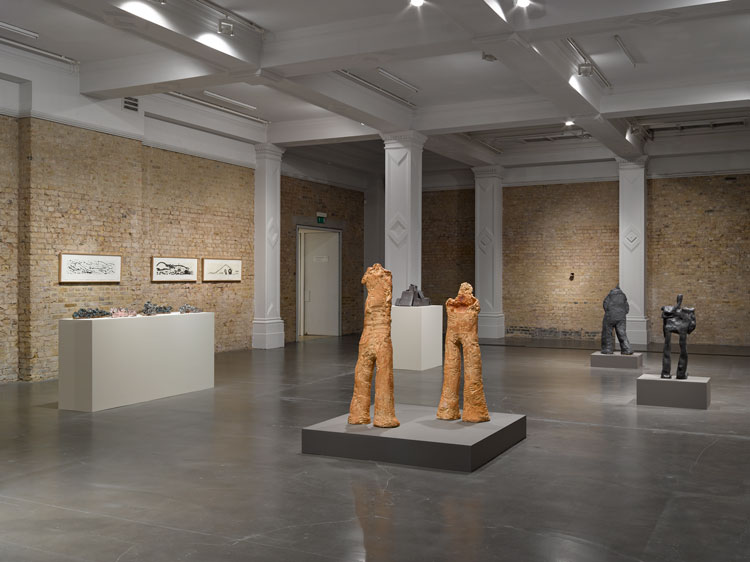 This is a staggering show, dominated by five unsettling figures, whose abstraction echoes the artist...

Christen Sveaas Art Foundation: This is the Night Mail selected by Ida Ekb...

Images of dramas, dreams and moonlit dinners await visitors at the Whitechapel Gallery, in an exhibi... 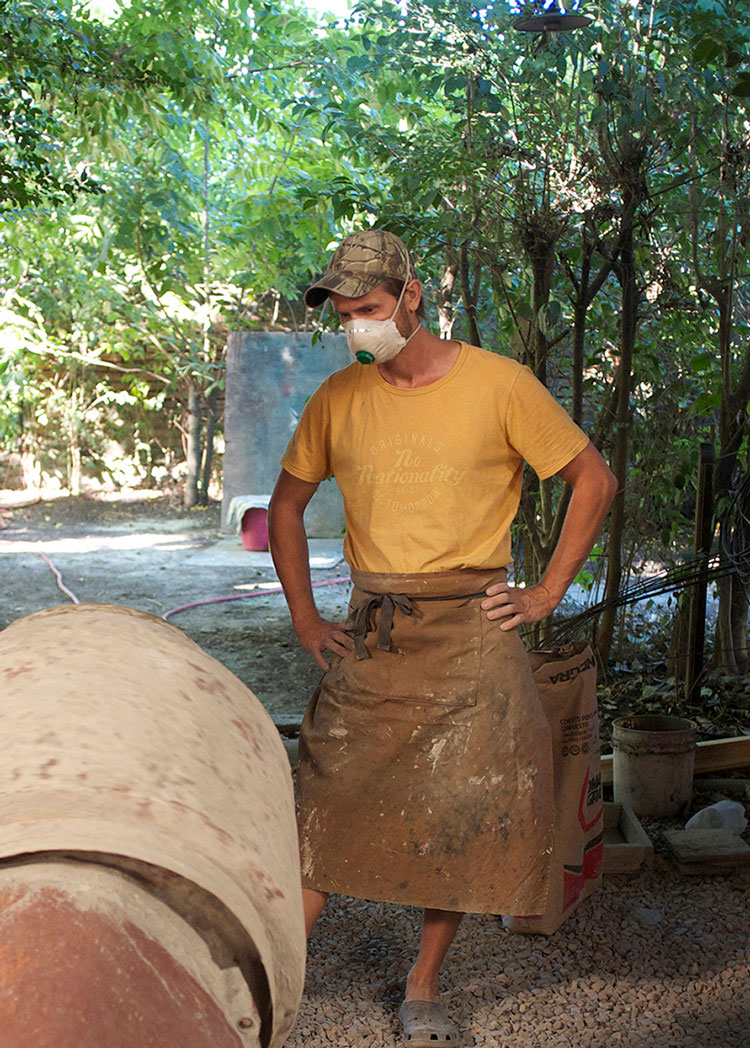 Danish artist Adam Jeppesen talks about why he left documentary-making to make art, the project that... 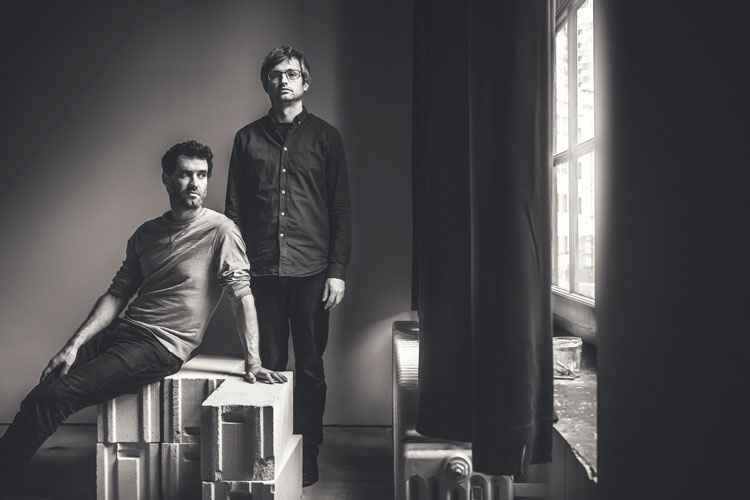 Gijs Van Vaerenbergh – interview: ‘We are always experimenting with th... 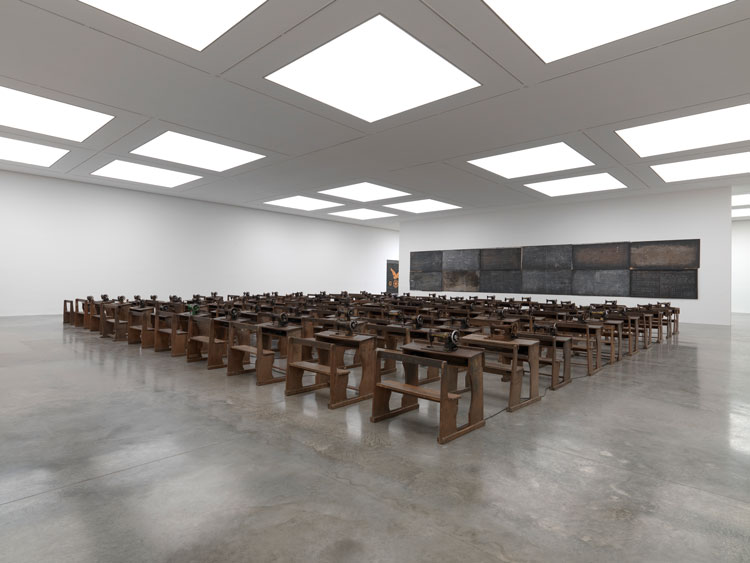 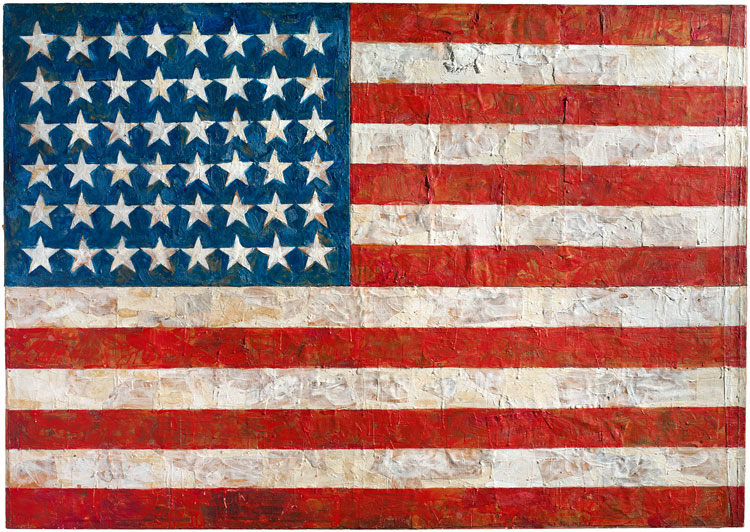 Last of the last, with Baldessari gone, of the great philosopher-artists, Jasper Johns is taking a t... 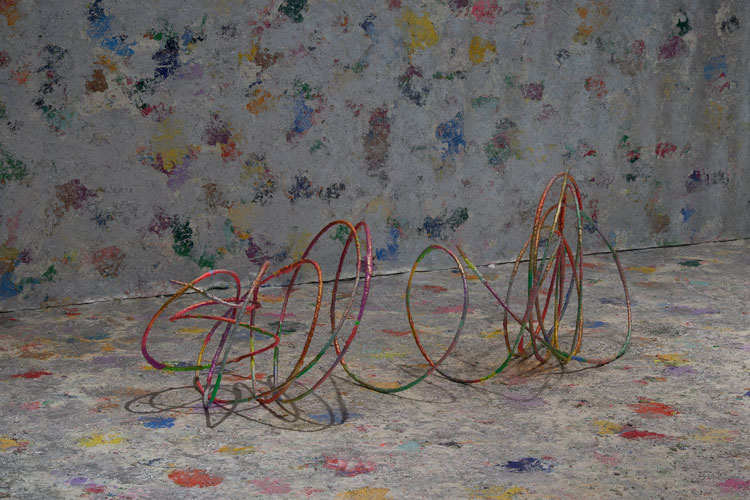 Suffused with Buddhist philosophy overlaid with political overtones, the extraordinary works of this... 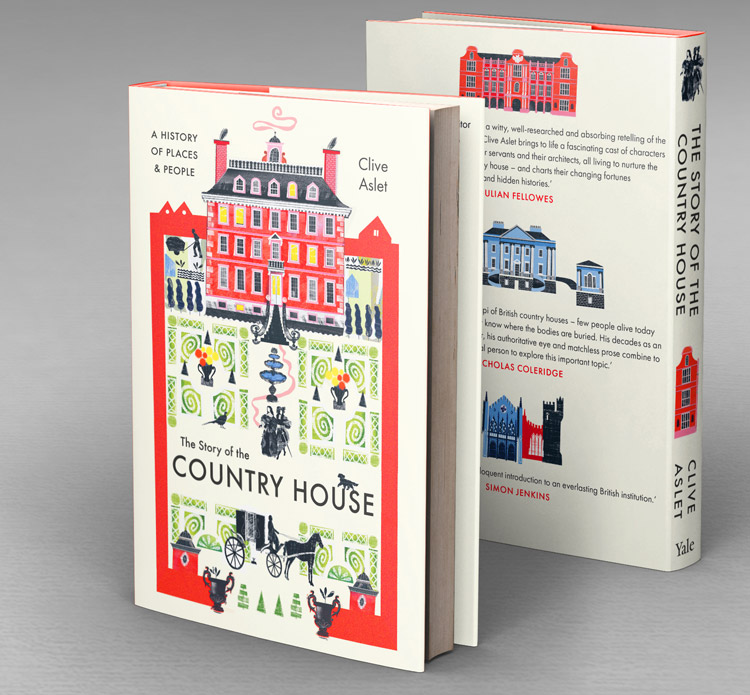 The Story of the Country House: A History of Places and People – book re...

From a medieval manor house to a modern-day folly, Clive Aslet whisks us through time and place on a...

Annie Morris – interview: ‘All my work revolves around experiences I...

Morris, who has three new shows, at Yorkshire Sculpture Park, Frieze Sculpture and Timothy Taylor in... 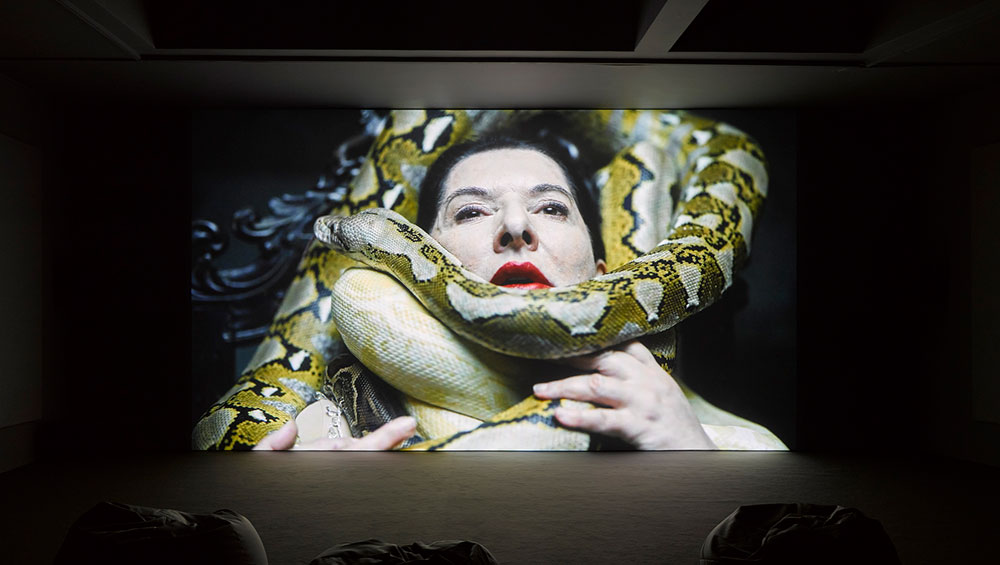 Marina Abramović channels her passion for Maria Callas into a film in which she reinterprets seven ... 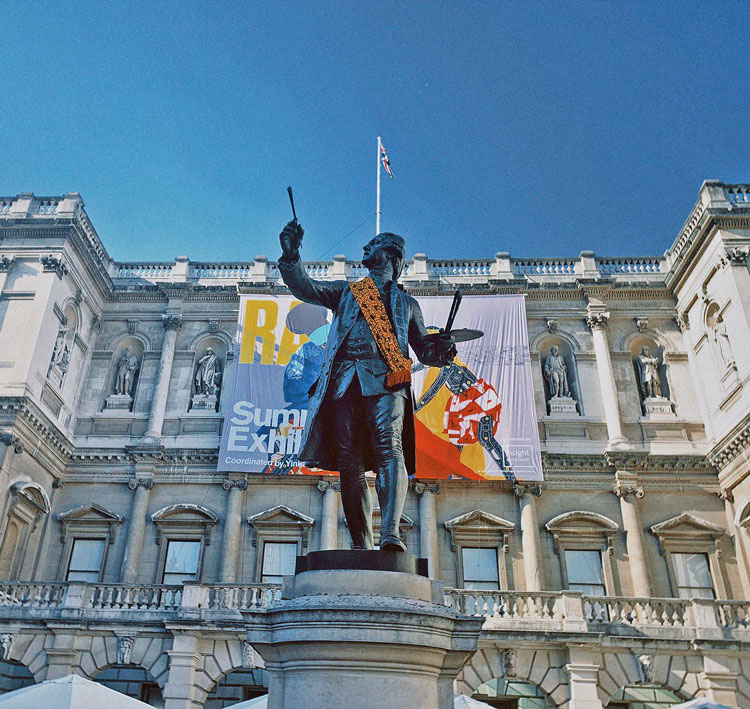 Yinka Shonibare has transformed this annual event into a paean to diversity, bringing work from the ... 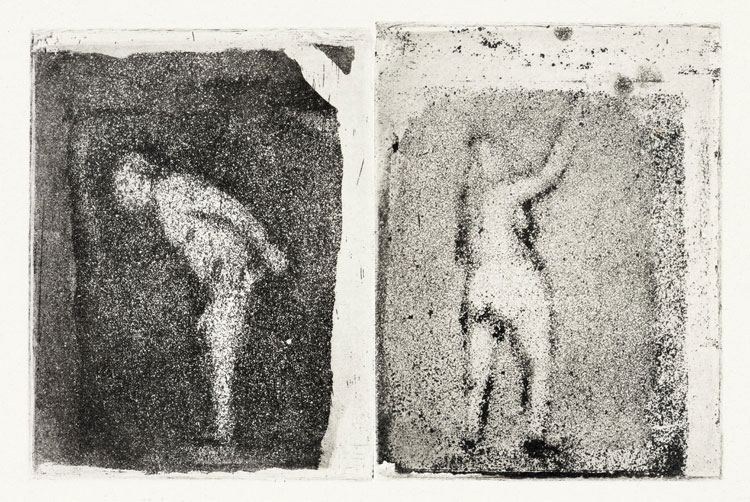 Peter Freeth’s atmospheric etchings speak of mortality and human frailty with a poignant nod to th... 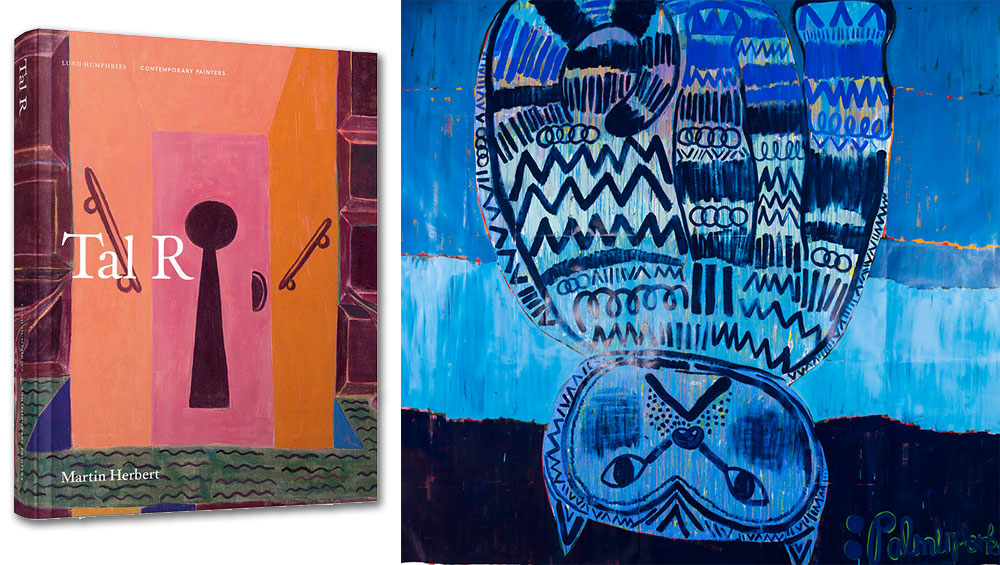 This book is essential reading for all lovers of painting and contemporary art and culture, shedding... Adam Farah: What I’ve Learned from You and Myself (Peak Momentations/Ins...

Farah creates a shrine to Mariah Carey in a coming-of-age journey and a sensory world of nostalgia a... 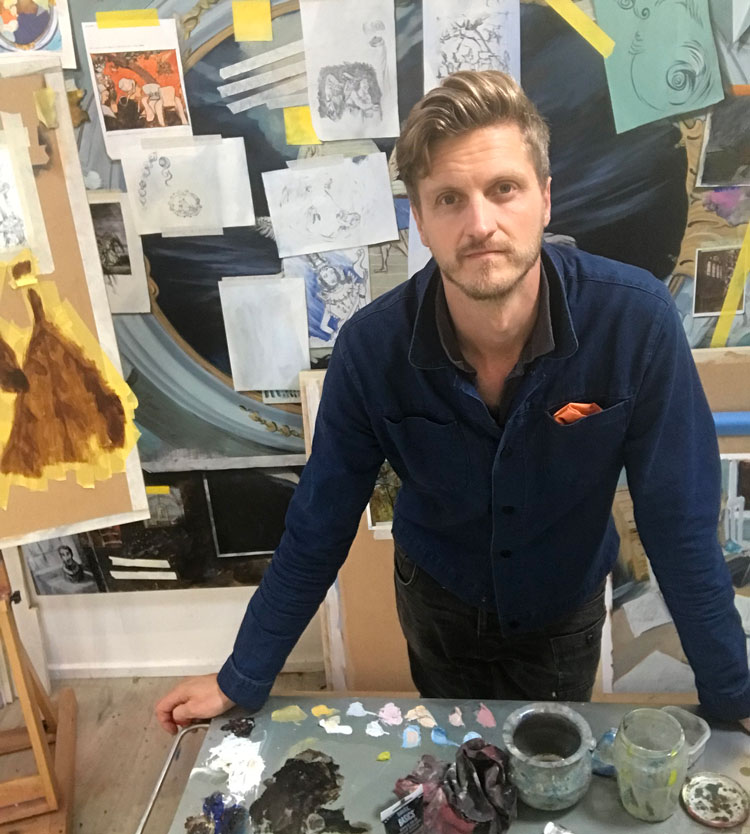 Alastair Gordon – interview: ‘For me, painting and faith are very much...

Alastair Gordon talks about the impact lockdown had on his recent paintings, now on show at Aleph Co... Set in the heart of Britain’s former ceramic manufacturing centre, this inspiring show provides an...

Yoan Capote – interview: ‘When a Cuban looks at the sea, he remembers ...

The artist talks about his new series of large-scale paintings, Requiem, and how his work is influen... 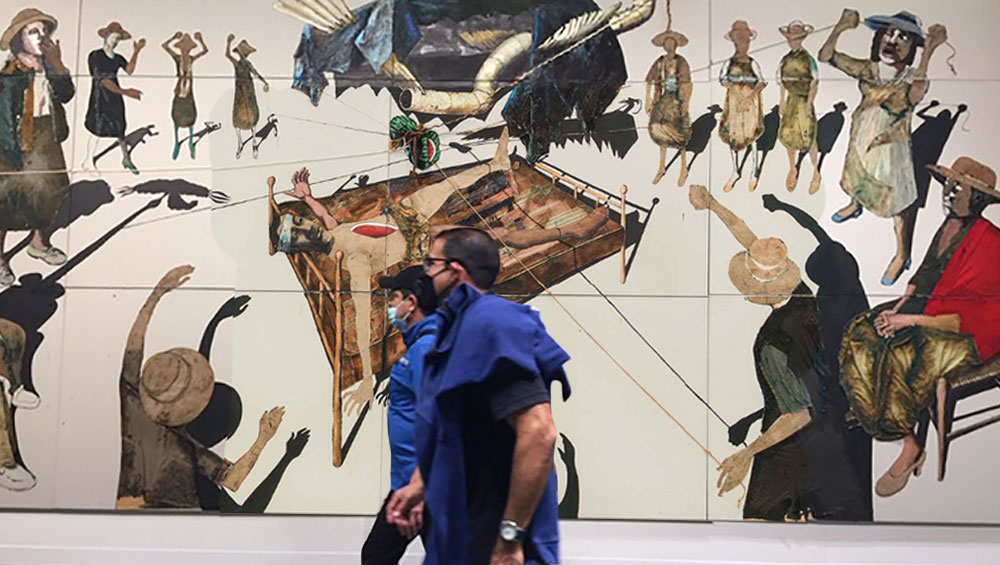 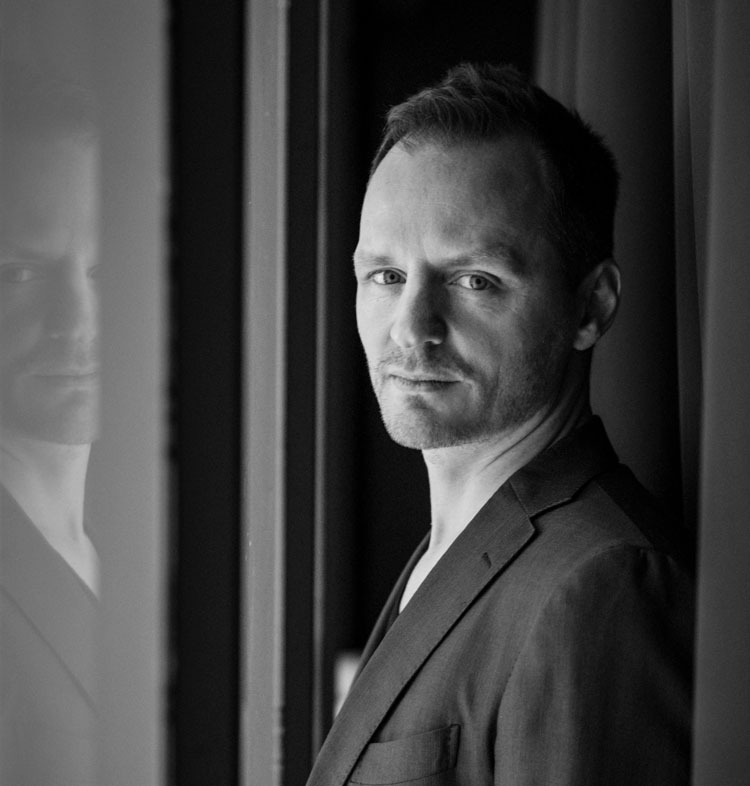 The artist talks about art-making as catharsis and why, for him, it is all about the creation of vis... 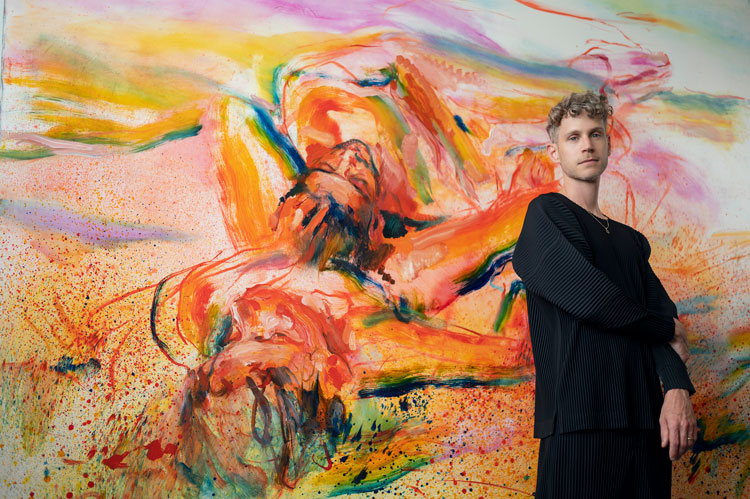 Doron Langberg – interview: ‘There's this rush of empathy and emotion... 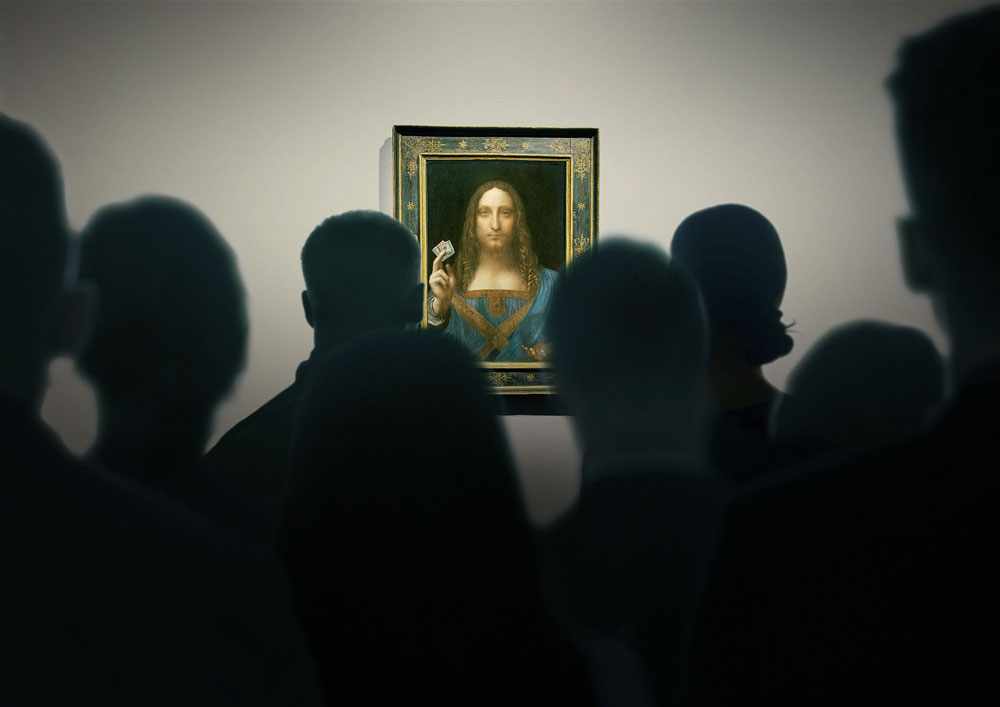 Directed by Andreas Koefoed, this riveting documentary about the controversial Salvator Mundi, the m... Ahead of his new exhibition at Alison Jacques Gallery, Scottish painter Graham Little talks about th... 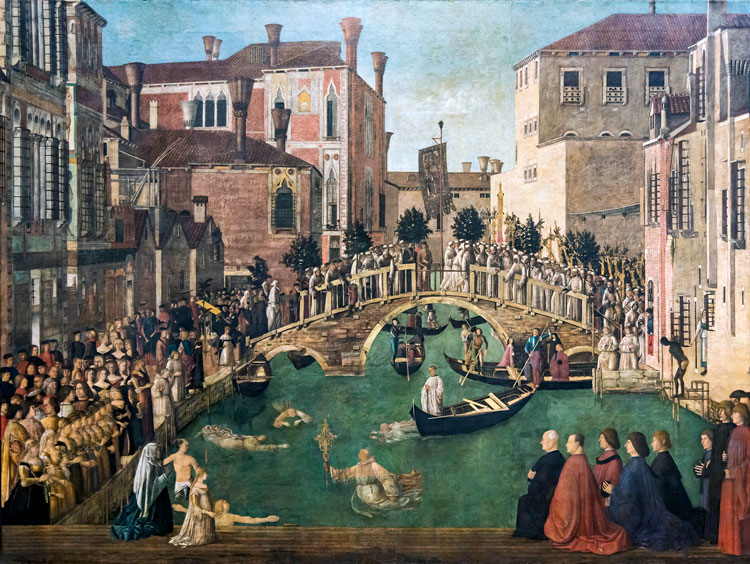 The Renaissance Cities: Art in Florence, Rome and Venice by Norbert Wolf ...

Well-researched, accessible and bringing new insights to the works of the period, this is not a book... 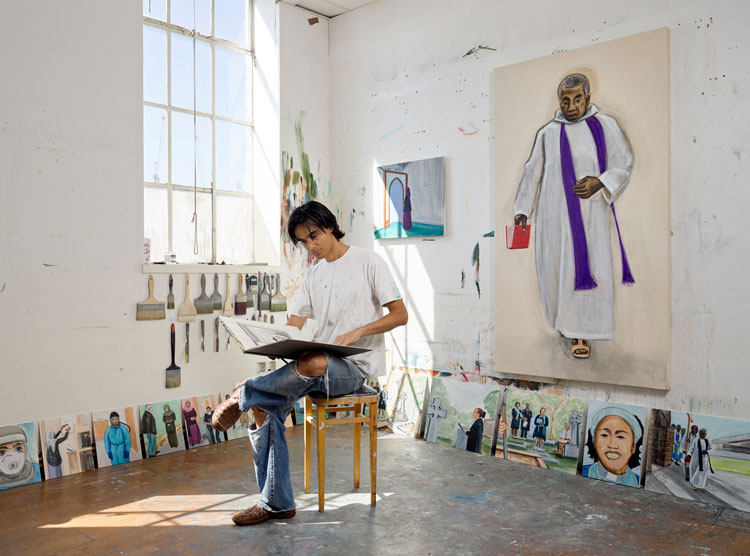 Matthew Krishanu – interview: ‘I want my paintings to exist somewhere ... 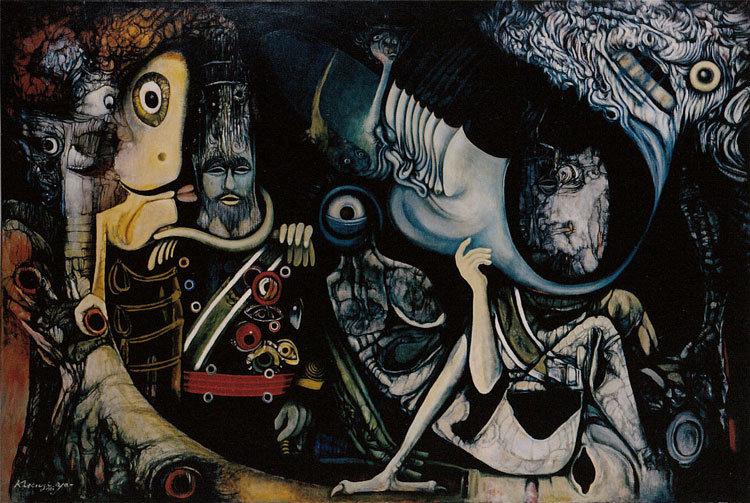 A dizzying array of 400 years of artworks from the capital is testimony to the ability of the Japane...