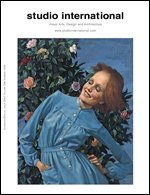 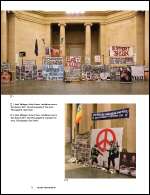 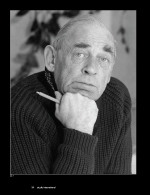 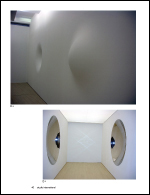 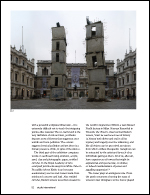 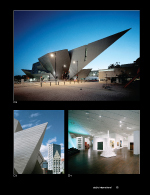 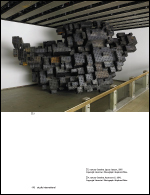 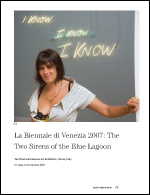 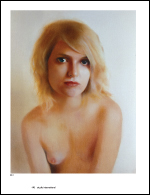 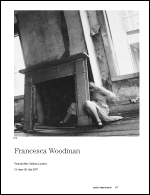 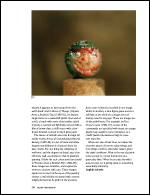 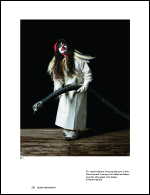 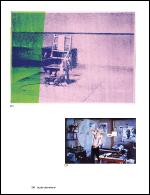 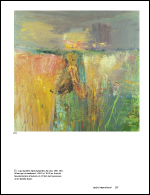 This year has again proved to us at Studio International in London and New York that our online constituency is advancing exponentially in the audited number of readers, measured as “page views”.

In 2007 the continued Enlightenment context, from which grew both modernism and postmodernism in the arts, still has its dedicated exponents, on both sides of the barricades. We reviewed Mark Wallinger’s challenging Tate Britain show (page 8), which raised a few hackles amongst critics locally – don’t rock the boat, was the reaction. But it was at least topical, measuring the end of the Blair years. Then at this year’s Venice Biennale, Sophie Calle for France, and Tracey Emin for Britain, raised the standard for women everywhere. No man would cross these “Two Sirens of the Blue Lagoon” with impunity.

Sculpture seems to be maintaining a powerful international currency. Richard Serra (page 98) still justifiably reigns supreme. The competitive attitude of the two younger British sculptors, Anish Kapoor (page 42) and Antony Gormley (page 114), yields changing preoccupations, in a transitional period for both, which may indeed lead to the proverbial bullfight.

Drawing is subject to a fresh wave of interest. Drawn works such as those by Leon Kossoff (page 120) and, further back, Claude Monet (page 102) indicate the breadth of historic artists’ working methods revealed in new exhibitions.

Landscape is another area now opening up to collaboration between designers and land artists (page 12) and the practice-based case of Patricia Johanson
(page 216) takes this adventure further still.

Painting in 2007 continued to both shock and enthuse the public. Damien Hirst caused trepidation as usual (page 56). Not only the critics but the salerooms seem apprehensive over what he will do next to challenge existing norms. As a palliative to this, memorably the Hayward Gallery in London exhibited The Painting of Modern Life (page 246), a highly provocative exhibition about painting, which while raising questions, opened up further avenues concerning the new directions in which contemporary painters are heading. Picasso in Edinburgh (page 186) was surprisingly revelatory in the manner in which his exhibitions go travelling the world and still present new critical material. The same cannot be said of Georg Baselitz’s inverted world rigorously sustained as ever (page 200), while his fellow countryman Anselm Kiefer continues to evolve in content and style.

Traditionally in Studio International we have reserved our right to look back in time albeit from a contemporary perspective. The British Museum’s show of the Terracotta Army of the First Emperor (page 210) was a massive, if deeply archaeological, demonstration of how sculptural art can be applied en masse for a mandatory, commemorative role. Unlike Gormley’s standing figures today, which tend to be identical clones, each Chinese military figure was subtly individualised. Thomas Lawton’s 2006 article, In Search of China’s Imperial Art Collections (Vol 205, No 1028, page 8), brought us last year into the loop of Asian history as never before, and this endeavour is long overdue. As for the 20th century, aspects of past decades there came up for revision, such as in The Printed Face of the European Avant Garde (1900–1937) (page 252), Futurists in Russia (page 72) and the 1960s (page 66) plus The Punk Years (page 130).

For Architecture we have included in this Yearbook two key reviews, firstly that of Shigeru Ban’s masterly exhibition at the Barbican (page 34), in homage to Alvar Aalto; a truly contemporary insight to Aalto’s technique through a plethora of models and drawings. Ban also wisely included important Aalto work on prefabricated emergency housing, not previously exhibited and overlooked in the 1940s. Aalto himself chose not to promote this work, but it is highly significant today. Secondly, we had a look at Daniel Libeskind’s new Museum in Denver – set up against Gio Ponti’s 1960s Denver Museum, with its frontier-oriented, seemingly pallisaded enclave yet despite the protective allusion, containing a formidable collection of Native American art and artefacts. Never have the 1960s looked so remote from today, in terms of how far has the 21st century has progressed. Such is our role as revisionists – history is always on the move and we have to catch it.

For next year Studio International intends to continue its investigative and research-oriented editorial policy, as expressed through our talented range of contributors – both young and established. We wish to thank our current stable of younger reviewers especially, who will range further afield as ever. Thanks are also due to all the artists and publishers or galleries who freely made their illustrations available. We especially wish all our Yearbook readers, as well as our website visitors, a stimulating and productive New Year as we offer for 2008 a challenging ride through cyberspace into this paracentric future.