Beyond the Palace Walls: Islamic Art from the State Hermitage Museum

'Beyond the Palace Walls: Islamic Art from the State Hermitage Museum' is a very timely collaboration for the Edinburgh Festival 2006 between the Royal Museum in Edinburgh and the State Hermitage Museum in St Petersburg. It follows, perhaps more boldly and confidently, the first mutual collaboration of the two museums at last year's Edinburgh Festival, entitled 'Nicholas and Alexandra: the Last Tsar and Tsarina'. This year, the State Hermitage Museum has made available the most select Islamic exhibits in their possession. Unlike the former exhibition, this offers a very much more topical focus on Russia's earlier relations with her neighbouring Islamic nations and peoples, with whom she has been deeply engaged over several centuries. In the Winter Palace at St Petersburg it was possible for the joint curators to draw together for this festival exhibition some 200 remarkable works of art. What is immediately revealed here is the boundless, timeless nature and quality of Islamic art, as it impinged across the borders of the Russian Empire from the heartlands and key centres of the Islamic world that lay to the south. What has been assembled is a unique array of ceramics, textiles, glass, arms and art.

Perhaps the most dramatic set piece displayed in the Royal Museum is a large, official tent, into which exhibition visitors can wander through a single opened side. This is a square structure, with a simple duo-pitched roof. Externally, it is impressive chiefly for its size, but this lack of decoration is in complete contrast to the interior, which combines highly decorated fabrics. While not quite in the realm of a conspicuous display of wealth, it conveys high importance of status on the part of its owner/occupant. The 19th-century English poet Samuel Taylor Coleridge wrote of Kubla Khan, with its 'stately pleasure dome decreed'. This is probably in a different class of importance, but much of that opulent aesthetic is suggested by this construct. Internally, this tent of high officialdom (probably that of a general of high rank, used as a campaign tent), was carefully adopted without apparent damage by the Tsarist officers who took it in charge as captured booty. After use in the rival army of the Tsar, it was finally sent to the Hermitage in 1848.

This Imperial tent thus forms the high point of the exhibition. Tents, it is explained in the catalogue, formed an important part of the process of progression of an army: in the Ottoman army, a corps of tent-pitchers existed to move a whole city of such tents to the next encampment en route. The tents themselves were of varying degrees of decorated opulence. The aesthetic of the interiors would combine an 18th-century eclectic style comprising elements from Islamic, East Asian and European cultures. The tent reveals here fabric window openings with hanging astragals, which let in light through gold ribbon lattices, revealing beautifully decorated, jewel-like and embroidered walls rising to a highly decorated internal roof lining, replete with landscape depictions of 'stately pleasure-domed' country manors in a tree-lined pasture. All this is in imitation of the actual aesthetic of the interior of Ottoman palaces. The silken wall panels carry joyful flower vase motifs. The actual latticework windows were made from pleated silk combined with gold and metal thread. By comparison, the exterior of the tent remains entirely simple with a plain light green exterior of a canvas-like fabric.

The diplomatic and commercial importance of developing long-maintained over-land trade routes between Russia and Islamic countries in some ways mirrors the sea-borne expansion of western European trade routes. Beyond, the full impact of Chinese Imperial culture is epitomised by an original ninth-century Tang vase on show: however, the subsequent skill of Islamic craftsmen to copy meticulously large ceramic pieces is revealed by a beautiful (but imitation) dish with a superb cobalt blue pigment, yet actually carrying the device of four-symbol Imperial China as a mark. Fortunately this didn't take in the St Petersburg Hermitage. Early 16th-century Ottoman armour and a helmet are displayed together to great effect. From a later period, a Qajar full-length female portrait vies with Ali Shah's elegant figure, holding a pose apparently adapted from the 1810 coronation portrait of Napoleon I (by Francis Gerard). From a much earlier epoch, by contrast, is displayed a beautiful gouache of 1602 from Iran of a girl in a fur hat by Riza-i Abbasi.

Weapon displays include a rifle decorated with coral (a flintlock piece). A 19th-century gold saddle stands nearby, as presented to Tsar Alexander I by the Khan of Khugan. The Russian priesthood were also seduced by such Islamic decorative skills. A late 17th-century cape, of Iranian silken velvet, reveals the influence of Turkish design, having also a motif of trees and flowers in serried rows. The main section of this exhibition focuses on the cultures of 'the Tulip and the Lotus', the golden age of Islamic art, between the 14th and 19th centuries, showing the continued interaction of East and West.

'Beyond the Palace Walls', as an exhibition, prompts some British celebration of the recent opening of the new Islamic art rooms at the Victoria and Albert Museum. The five centuries-old Ardabil carpet, originally commissioned for the Ardabil mosque in the north-west of Iran, was intended to embellish the shrine of Persia's original Shia rulers. Now, the new Jameel Gallery of Islamic Art there has placed the carpet on the floor, within its own non-reflecting glass container. This has allowed the superb colours to be fully evident, which would not have been so on a wall. The Ardabil comes from a time when the Ottoman Sunnis had been displaced, and the Shias had instead consolidated their hold on Persia. The effect of such political contrasts has of course continued in the Islamic world.

There can, everywhere today, come a renewed respect for Islamic art, a development not reversed by the recent conflicts. In Europe and America, wide misconceptions exist about Moslem cultures and a process of redemption is long overdue in the museum world. The collaboration of the Hermitage and the Royal Museum in Edinburgh, and the Victoria and Albert Museum's new initiative, are both steps towards this process of cultural renewal. The Islamic world is not in denial and regression. It is alive today. In this connection there will continue to be reverses, too, like the departure of Donny George, the Curator of the Iraqi Museum from Baghdad, to Syria, who has found the working environment in the multicultural antiquities department there unsustainable. 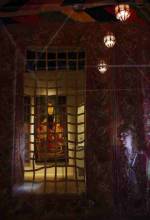 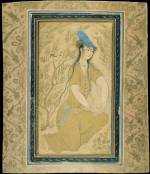 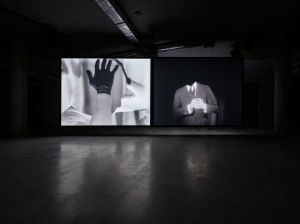 For this new installation, commissioned by the International Film Festival Rotterdam, Steve McQueen ... 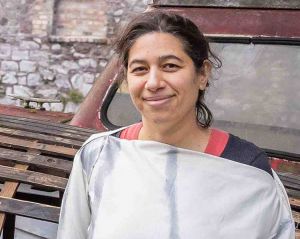 Ceyda Oskay – interview: ‘I often dislocate and repackage, reworking a...

Oskay talks about her residency at Cork Printmakers in Ireland as part of a project that supports ar... 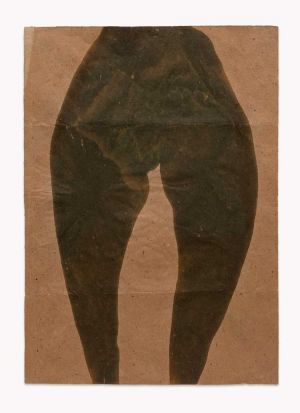 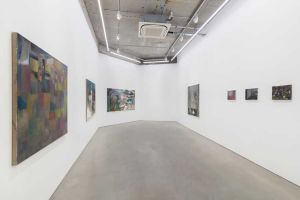 The longer you look at Behrang Karimi’s work, the less you understand it, as his dreamy, fragmenta...

Kyriaki Goni – interview: ‘For me, technology is an existential discus...

Greek artist Kyriaki Goni discusses the interplay of technology with humans and nature that underpin... 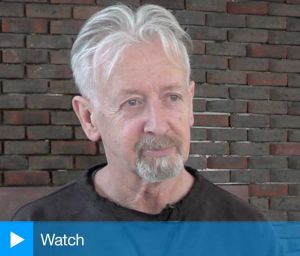 David Mach – interview: ‘I tried to make myself known as an ideas mong...

Before his show Heavy Metal, now on at Pangolin London, we spoke to David Mach about what fuels his ... 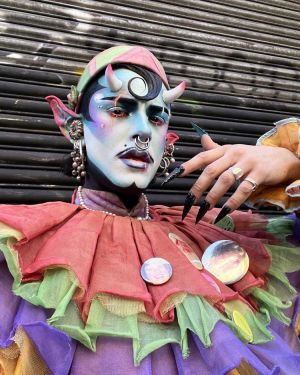 Jenkin van Zyl – interview: ‘The world has ended many times over’

Artist and film-maker Jenkin van Zyl guides us through his fantastical world of dancing rats, pneuma... 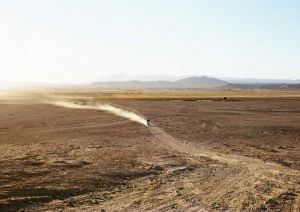 In panoramic scenes of the Californian desert, Victoria Sambunaris captures the vastness and grandeu... 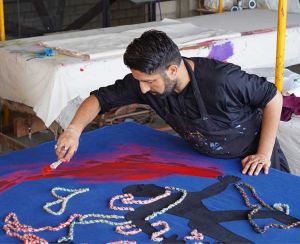 Osman Yousefzada dressed Beyoncé, wrapped Selfridges in Birmingham in a giant canvas, had a solo sh... 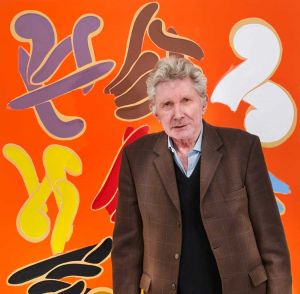 Pierre Dunoyer – interview: ‘If the colour is not in its proper place,...

For his first solo exhibition in France in more than three decades, French artist Pierre Dunoyer is ... 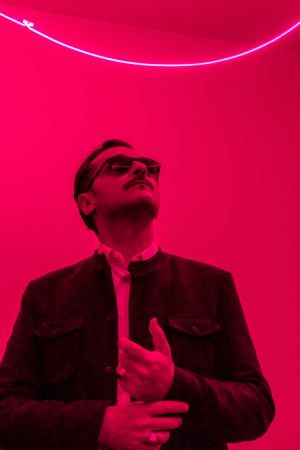 Luca Massimo Barbero – interview: ‘Fontana is a pioneer of conceptual ...

As the second in a trilogy of exhibitions dedicated to Lucio Fontana takes place at Hauser & Wirth N... 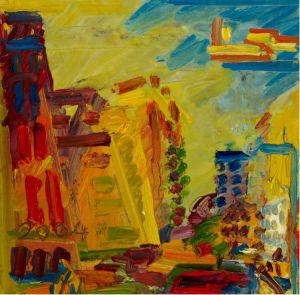 Fruits of the Spirit: Art from the Heart

A virtual exhibition that leaves one visitor feeling more like a student on completing an essay than... 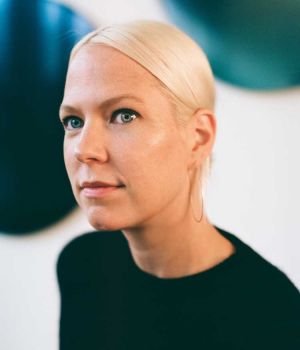 Sabine Marcelis – interview: ‘I love to play with light’

Dutch designer Sabine Marcelis talks about her installation at the Vitra Schaudepot, which shines a ... 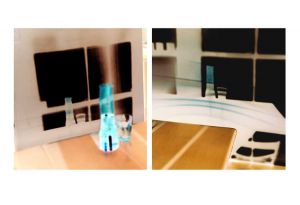 Leaving the buzz to the glamorous new spaces that international mega-galleries are opening in Los An... 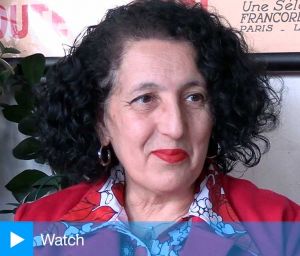 Zineb Sedira – interview: ‘It makes sense to include part of my life, ...

Zineb Sedira discusses her acclaimed French Pavilion for the 2022 Venice Biennale, as well as how th... 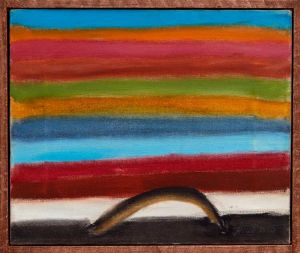 An alluring and alarming exhibition gathers the work and words of Forrest Bess, postwar America’s ... 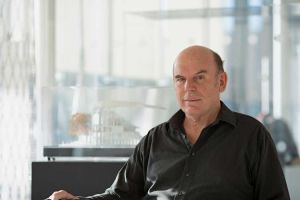 Jim Eyre – interview: ‘I don’t think we are seen as starchitects. It... 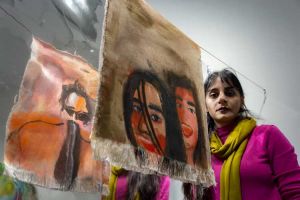 Reflecting on violence, particularly against women and minorities, Saba Farhoudnia’s paintings for...

An exhibition that educates and enchants in equal measure, showcasing works by the ‘third wave’ ... 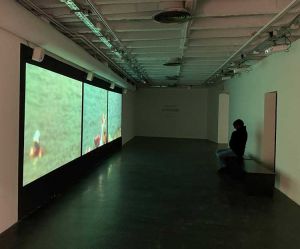 War in Abkhazia in 1992-93 resulted in deaths, displacement and the loss of its national archive, wi... 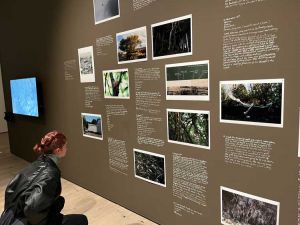 An excellent curatorial approach draws you in to this wonderfully immersive exhibition celebrating t... 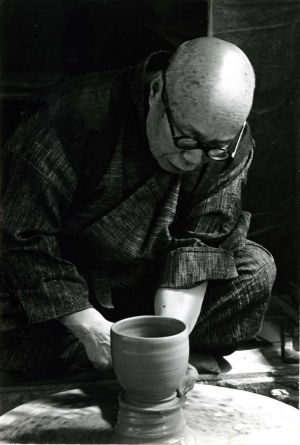 This show explores the works, friendships and shared practices of Shōji Hamada and Bernard Leach as... 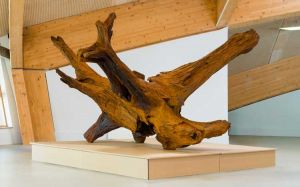 Tune in to being a tree, explore the world through the ‘eyes’ of a potato … Rather than dwelli... 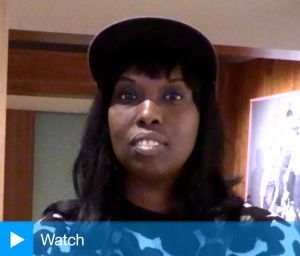 Grace Ndiritu – interview: ‘Museums hold our collective past and they ...

Grace Ndiritu talks about her show at the Wellcome Collection, where a Zen Buddhism-inspired temple ... 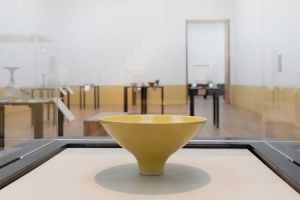 This beautifully curated show includes everything from Rie’s practical domestic objects, such as c...