This is a remarkable new compendium on the life and work of the Russian film-maker Andrei Tarkovsky who died early in 1986 of cancer, at the age of 54, in Paris

The Editor, and author of four key articles in the book, Nathan Dunne, organised the valuable international symposium at Tate Modern in 2008. At Studio International we also reviewed another smaller publication on Tarkovsky entitled Andrei Tarkovsky: Elements of Cinema by Robert Bird, a further valuable study, particularly strong on theoretical aspects. His essay The Imprinted Image is a significant contribution also to the above work on review. Although it is almost a quarter century since Tarkovsky died, there has been a long wait for these two complementary and comprehensive works

Nathan Dunne’s book now brings together critical essays by the majority of known commentators on the work of the film-maker. Apart from Robert Bird’s essay, Dunne himself contributed six of the 24 essays in the book. The structure of contents is divided into four key sections: Russia and Religion, Art and Nature, Music and Modernity, and Memory and Awakening. There is also a necessary Filmography, a Timeline, as well as the inclusion, importantly, of a group of key poems by Arseny Tarkovsky, the film-maker’s war hero father: he was clearly a key inspiration for the creativity of his son. These had also been included, with Russian and English texts, in Kitty Hunter Blair’s translation of Andrei Tarkovsky’s book, Sculpting in Time: Reflections on the Cinema (Bodley Head, London, 1986). Her translations are replaced here by those of Alexander Nemsev and Nariman Skakov. But the beautiful poem Ignatievo Forest sadly is excluded. With regard to Gerard Loughlin’s essay on Andrei Tarkovsky’s Trees, that poem too is relevant to the subject. Arseny Tarkovsky became one of the major poets of the 20th century before he died in 1989, not long after his son.

The first section in the book, Russia and Religion traces the growth of the film-maker’s oeuvre within the Soviet context towards his later Work in Europe. Three key early films are examined: Ivan’s Childhood, Solaris and Mirror. This section covers the clear transition in the work from Soviet controlled production to his gradual disillusionment with such shackles on creativity, notwithstanding that he had supporters within the upper reaches of the Soviet system. In his essay in this section, Andrey Rogatchevski argues ironically how Mirror can be readily interpreted as a work of Socialist Realism, hence a work of suppressed Soviet patriotism. Gerard Loughlin in the article Tarkovsky’s Trees explores the way that the film Nostalghia is haunted by a particular Renaissance painting, the Madonna del Parto (c1460) by Piero della Francesca. There are other references in Tarkovsky’s work to the period, to the work of Leonardo da Vinci. A Christ figure seen fleetingly in a middle ground scenario sticks in the mind, as does Brueghel’s painting The Procession to Calvary (1564). Tarkovsky found Brueghel compelling, both in respect of open landscapes that had an affinity with Russia, but also, as another essay indicates, the compositions appear “de-centred”, where “humans, animals, trees, houses carry equal weight”. In the Russian Calvary scene in Andrei Rublev, Christ, though placed at the very centre, seems almost displaced by the thronging crowd around and beyond him. Tarkovsky found that trying to adapt the features of other art forms to the screen would always deprive the film of what is distinctively cinematic. But he persevered.

James Macgillivray, in his essay in the second section on Tarkovsky’s Madonna del Parto, focussed on his exceptional skill in analysing and deploying architecture in film. This chapter is even replete with sectional or axonometric diagrams (readable to the layman too) that reveal the internal disposition of Tarkovsky’s chosen building in the film Nostalghia; the church of San Pietro in Tuscany. The crypt of the original chapel lost the painting to a nearby museum, away from its location in the chapel at Monterchi, where Tarkovsky had first seen it in 1979. Later, Tarkovsky had to use a reproduction of the fresco to film it as if in its original location; it is actually 120km away in another Romanesque church of some beauty, named San Pietro. The actual location becomes the crypt in San Pietro, still preserved. Thus Tarkovsky defies reality and for the sake of the fresco’s author, Piero della Francesco, restores authenticity. It is a strange manipulation but one can understand its necessity as one begins to understand the nature of Tarkovsky.

An important inclusion in Dunne’s compendium is the text of a letter that Jean-Paul Sartre wrote in support of Tarkovsky, when he had been sharply criticised by the editor of the left-wing Italian journal L’Unita (Giornale del Partito Comunista Italiano). This editor, Mario Alicata, had attacked the film for its lack of conformity to the party line. On being awarded the Golden Lion at the Venice Film Festival in l962, the film-maker was accused of “petit-bourgeois tendencies”.  Sartre took Alicata to task, saying that the film was beautiful and both Russian and profoundly revolutionary, ‘that expresses the sensibility of the young Soviet generations in a singular way’. He also defended Tarkovsky as being unaware of current Western film tendencies, and having a culture essentially and absolutely Soviet. This powerful endorsement of 28 years old Tarkovsky by a leading European philosopher and intellectual did much to encourage the film-maker but was also prescient: it would take much duress over several Mosfilm Films and subversion from Moscow, to lead him ultimately to leave the Soviet Union, following of course in the footsteps of several major 20th century masters of Russian culture, in dance, in music, and of course in literature.

This, a major collection of essays, is assembled thematically and meticulously by Nathan Dunne. The work’s copious illustration with stills, always so vital to printed documentation of film culture, stands as a major signpost for future development. The parallel work by Robert Bird, which we reviewed, should be combined in this body of study. 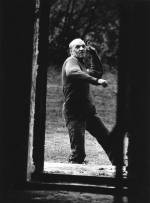