John Akomfrah – interview: ‘The question of discourse is absolutely central’

John Akomfrah – interview: ‘The question of discourse is absolutely central’

The artist explains the inspirations for his new split-screen film, Auto da Fé, and talks about the importance of the Black Audio Film Collective, of which he was a founding member

For the past three decades, Ghanaian-born British director, writer and theorist John Akomfrah has been highlighting the legacy of African diaspora in Europe by creating films that explore marginalised histories of European society. Having looked a lot at causality, he now feels drawn to shift his gaze to simultaneity, and his new split-screen film work, Auto da Fé, on show as part of the Artes Mundi 7 exhibition in Cardiff, looks at displacement as a result of religious persecution and what it’s like to live life with the precarity of not being able to take even simple things for granted.

In 2009, during a visit to Barbados, Akomfrah stumbled on a Sephardic Jewish cemetery. Not having known that such a community existed, he wanted to find out more. Auto da Fé refers to the Latin American variant of the Inquisition, resulting when Jews were kicked out, en masse, from Queen Isabella I’s Spain and Portugal in the 15th century. Akomfrah’s film, however, highlights the similarities between what happened then and what continues to happen across the globe today.

In the past, Akomfrah has described his films as “tone poems”. He explains what he meant by this and also reflects on the influence of Andrei Tarkovsky.

Akomfrah was a founding member of the Black Audio Film Collective, which was active between 1982 and1998. In 2008, he was awarded an OBE for his services to the British film industry.

Akomfrah spoke to Studio International at the opening of Artes Mundi 7 in Cardiff.

• The Artes Mundi exhibition runs until 26 February 2017 at the National Museum Cardiff and at Chapter, Cardiff. The prize announcement will be on 26 January 2017. 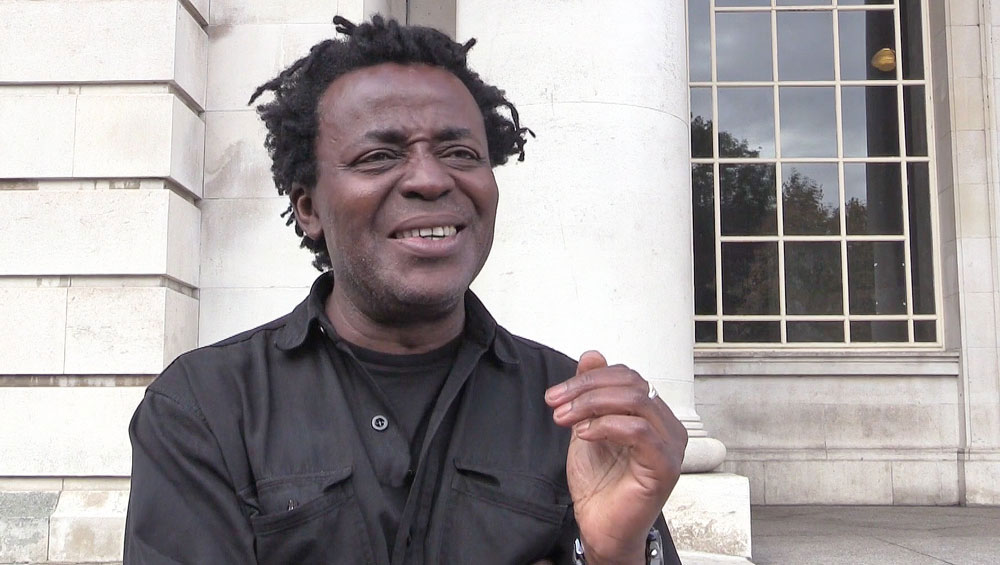