All over Hollywood, producers and screenwriters are pitching 'high concept' film projects that capitalise on current news headlines: urban terrorism, bombing Iraq, and the financial crises caused by accountancy malpractice. In 12 months' time, our local multiplexes will be swamped with big-budget extravaganzas, starring big-budget names that rehash every known cliché but fail to engage in any meaningful way with these major issues of our time.

Ironically, there is a small-budget British film that already tackles all three issues but is finding it almost impossible to achieve a national release. 'Christie Malry's Own Double Entry' was made in 2000 — before Arthur Andersen and Enron, before September 11, and before the Bush/Blair plans to overthrow Saddam Hussein. It should have been a great success-story for the British film industry — the next 'Lock, Stock & Two Smoking Barrels' or 'The Full Monty'. But its prescience, subject matter and intelligence have intimidated film distributors and its screenings are limited to a few art-houses and independent film festivals.

Nick Moran stars as Christie Malry, who could not be more different from the smart, confident, garrulous character Moran played in 'Lock, Stock …' Christie is a blank — insecure, aimless, bland — invisible to everyone, including his dying mother. His life and work, as a bank clerk, are empty and meaningless until he decides to 'improve himself' by becoming an accountant.

During a night-school lesson on double-entry bookkeeping Christie has an epiphany: the fundamental principle 'for every debit there is a credit' should apply to life as well as accounting. Suddenly, his existence has a purpose … he can make the world pay for the injustices heaped upon him. In a personal ledger, Christie records his debits — the death of his mother, humiliations suffered at the hands of women and employers, deductions from his pay-packet by the Inland Revenue — and in the 'credit' column he records the measures he takes in revenge.

The 'credits' start with a bomb hoax, but soon escalate. Christie sends a real bomb into the local tax office and the coverage in the media brings him alive. For the first time in his life he has become important; he gains the confidence to find a girlfriend and he plans more elaborate 'credits'. His greatest 'success' comes in poisoning the London water supply. The 12,000 deaths are blamed on Saddam Hussein and result in the bombing of Iraq by Britain and the US. This is, no doubt, the point in the film where the distributors started to shift, uncomfortably, in their seats.

The parallel with the post-September 11th anthrax attacks in the U.S. is striking. The anthrax deaths were initially blamed on middle-eastern terrorists, but after a year of intense investigation are now admitted to be home-grown — like most terrorism — and probably the work of someone involved in America's own biological weapons programme. Until 11 September, the worst terrorist attack in US history was the bombing of the Federal Building in Oklahoma City. In the immediate aftermath, dozens of Arabs were arrested in airports all over America, but eventually the culprit was found to be a white supremacist, fundamentalist Christian.

The problem for 'Christie Malry …' is that it is too truthful, too close to reality. It doesn't have the usual clichéd villains (swarthy, speaking broken English) and cardboard cut out, All-American heroes. The truth about terrorism is too complicated to explain in a single tag line or simple movie poster. The film's very prescience and accuracy — about terrorist motivation, irrational government responses and the intertwining of money and politics — helped ensure it has had the release it deserves.

Another aspect of the film that has disquieted distributors — and many critics — is the interweaving of the present-day story with flashbacks to the Italian Renaissance and the life of the monk who invented double-entry bookkeeping, Fra Luca Bartolomeo Paciolo. At first, these flashbacks are unsettling; too stark a contrast with the bleak reality of Christie Malry's life. Bartolomeo lives in relative luxury, he debates the state of the world with the intellectual giants of the time, including Leonardo da Vinci. These scenes are sumptuously staged, they could be from a film with a budget 10 times the size of 'Christie Malry …'; they take on a life of their own and although not directly relevant to the plot of the rest of the film, they provide a sense of calm and allow breathing room from Christie's frantic spiral out of control. Without the Renaissance sub-plot, Christie's story could have been too intense, too frenetic a spectacle to tolerate.

Moran's performance as Christie proves why he is one of the most in-demand British actors. He says that this is his best role and the performance of which he is most proud, and it is easy to see why. Christie could have been overplayed, as a hysteric or as an obvious, sinister maniac — a terrorist version of Hannibal Lecter. Instead, Moran plays Christie as a cipher; so understated as to be almost moronic; invisible — exactly the 'soft-spoken, timid, ordinary, nobody' described by the neighbours of serial killers. Moran as Christie is not only believable but also sympathetic, despite his insane actions, and he makes the tragic-comic ending utterly convincing.

The rest of the cast are also perfectly played, by actors who would normally expect to be in a film that is, at least, widely distributed. Neil Stuke, as Christie's friend and co-worker and Shirley Anne Field as Christie's mother are outstanding. The score too, by Luke Haines of the Auteurs, is a triumph and is having well-deserved success on CD.

The director, Paul Tickell deserves extraordinary praise, for achieving what had been thought impossible — making an (artistically at least) successful movie of BS Johnson's 'unfilmable' 1973 novella. He and Nick Moran also deserve congratulations for the effort they are putting in to promoting the film themselves — at many of the showings listed below they will answer questions from the audience. Hopefully, some brave distributor may still be persuaded to take a risk; 'Christie Malry…' certainly deserves the largest possible audience and could make a valuable contribution to the debate over our response to terrorism. 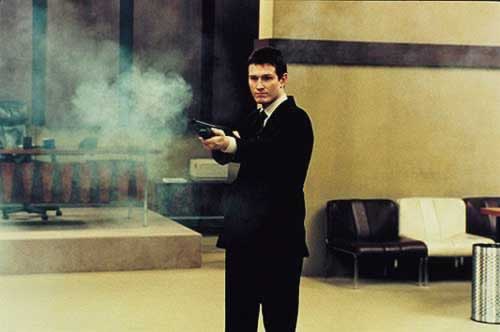 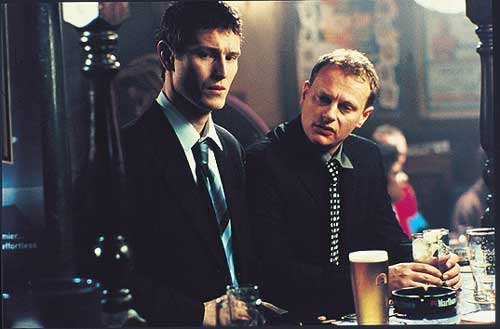 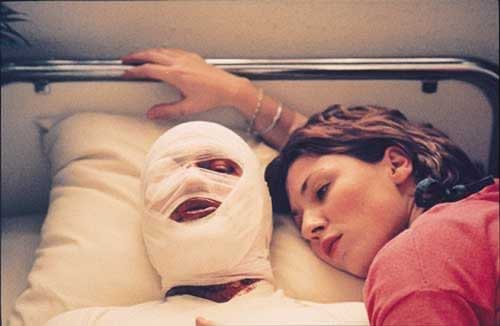