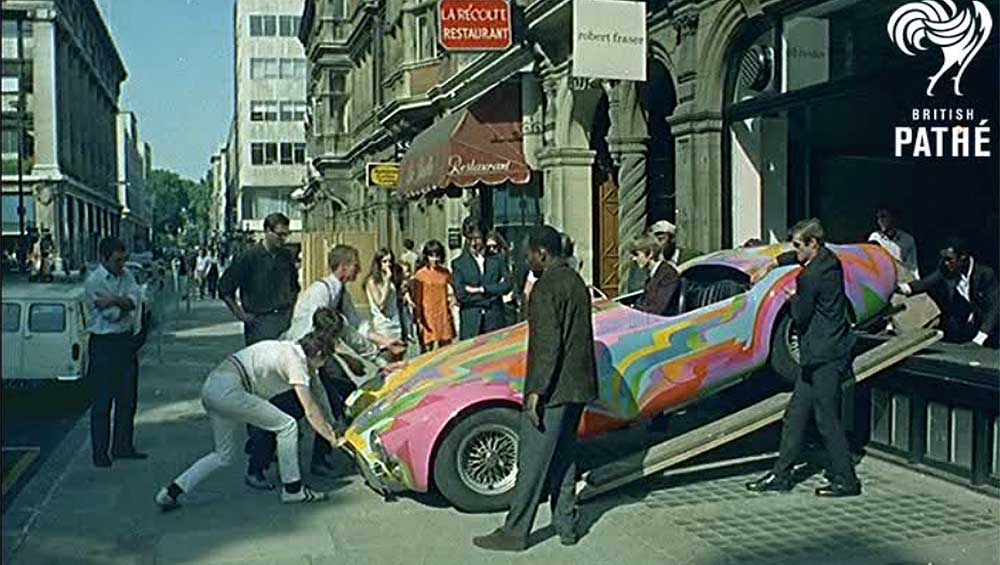 Art On Wheels, 1966. Video, 01:26 mins. Courtesy of British Pathé Archive.
Galleries in the Groove: Three Visionary Dealers, 1960s-80s
Through archival ephemera, photographs, posters and letters, this show documents the history of three independent galleries that had a profound influence on the contemporary art of their time 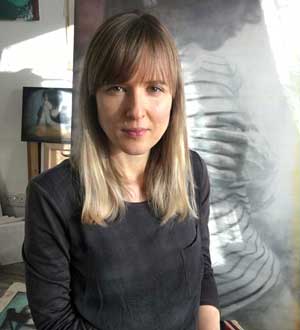 Katya Kvasova – interview: ‘People say that whatever someone paints or draws is always a self-portrait. That’s true’
The artist talks about her interest in hands, her artistic training, and her method of layering graphite powder and translucent colour on to the canvas, allowing the light to eat the image. 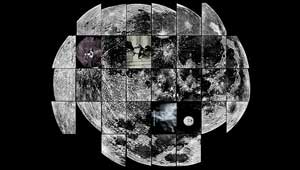 Cosmos and Chaos: Cyfest-13
This exhibition brings together documentary and artistic material exploring the history of ideas of the conquest of the cosmos as well as the chaotic state of our own planet. It is dedicated to the 60th anniversary of man’s first flight into space. 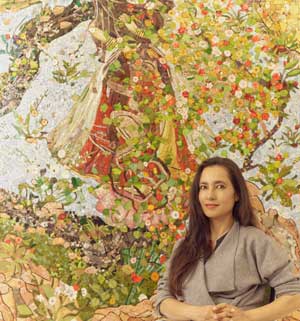 Shahzia Sikander – interview: ‘I usually create a painting as a poem’
The artist talks about the problems surrounding the telling of any history, and how collaboration forms the backbone of her practice. 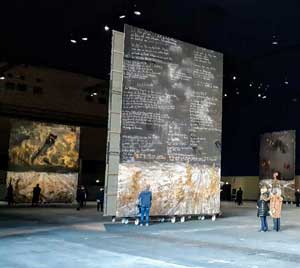 Anselm Kiefer: Pour Paul Celan
Here, in four installations and 19 vast canvases, Kiefer creates a dialogue with the work of Paul Celan, the great German-language poet who has influenced the artist’s output since adolescence.
Cristina Iglesias – video interview: ‘I always felt I wanted to create places, places to be’
The Spanish artist discusses her fascination with geology and botany, how public sculpture assists in the creation of place, and the importance of remaining alive to nature in urban design. 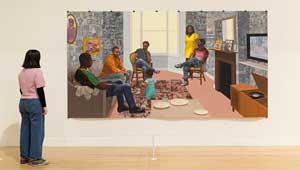 Life Between Islands: Caribbean-British Art 1950s – Now
Featuring 46 artists, this long-overdue examination of the complex interrelationship between the Caribbean and Britain tackles the nature of identity, belonging and what it means to be caught between cultures. 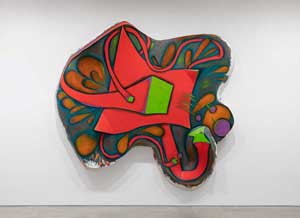 Elizabeth Murray
Expansive, exuberant and looking as fresh as if they had just been made, the five works on show here are a joyous tribute to the artist’s endless vitality. 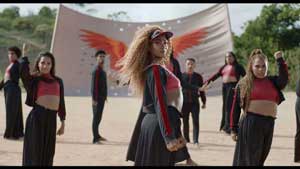 Bárbara Wagner & Benjamin de Burca: Swinguerra
Fact and fiction overlap in this documentary-style film, as mainly black and LGBT characters use dance as a way to assert themselves in a country whose president is openly homophobic.
Khvay Samnang: Calling for Rain – Amartey Golding: Bring Me to Heal
Khvay Samnang uses Cambodian dancers to conjure stories of environmental disaster and recovery, and Amartey Golding combines sculptures woven from human hair and the V&A’s opulent interiors to send a message about humanity’s potential for cruelty and also healing. They add up to a powerful combination. 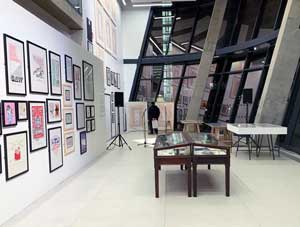 Henri Chopin: The (Almost) Complete Books, Zines and Multiples (1957-2007)
Next year marks the centenary of the poet’s birth and this show, which includes more than 400 of his sound, film and printed works, is the first step in bringing much-needed attention to this pioneering artist. 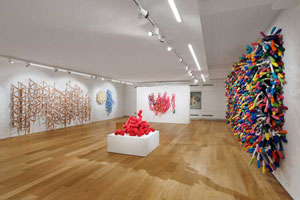 Anna Ray: Fibre and Form
This joyous explosion of colour, pattern and entangled loops of fabric leaps off the white walls of the gallery, banishing all thoughts of doom and gloom, and embodying the power and energy of art as a healing form.
Howardena Pindell: A New Language
Pindell is unafraid to tackle police violence or slave massacres in her videos and paintings, and even her abstract works have an element of close observation and bearing witness. 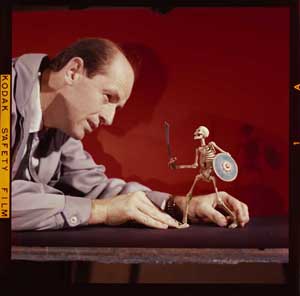 Ray Harryhausen: Titan of Cinema
From the skeleton army in Jason and the Argonauts to the Kraken in Clash of the Titans, the monsters that the master of special effects conjured up are both terrifying and beautiful.
John Nash: The Landscape of Love and Solace
Remembered for the moving scenes of the first world war he painted as an official war artist and the gentle English landscapes he painted on his return, he was also a masterful illustrator. 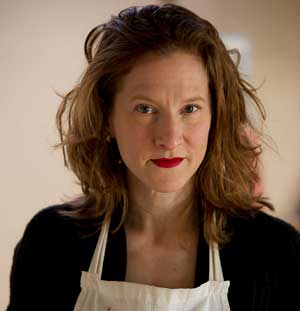 Coral Woodbury – interview: “The work I’m doing is approaching death, making peace with death’
Woodbury talks about her solo show at HackelBury Fine Art and what led her to use old books to redraw the history of art and make the invisible visible. 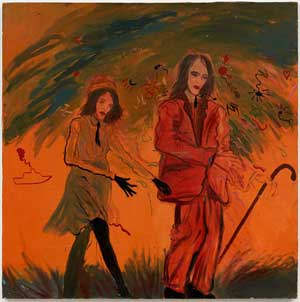 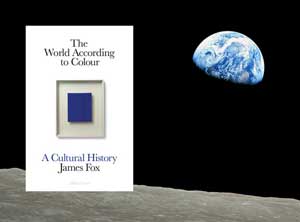 The World According to Colour: A Cultural History – book review
Oddly, a squashed fly triggered art historian James Fox’s fascination with colour and, in this ambitious study, he takes us on an epic journey showing the significance of various colours across the ages. 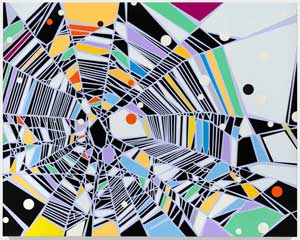 Sarah Morris: Means of Escape
Through paintings, film and drawings, Morris explores time and space, and her fascination with networks and communities is all the more understandable in the light of their enforced severance during Covid-19 lockdowns. 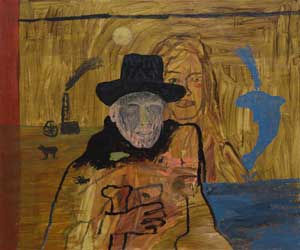 Danny Fox: Brown Willy
Inspired by St Ives painters such as Ben Nicholson and Alfred Wallis, Danny Fox paints his home town, turning the people and places around him into half-imagined figures in a world of legend. 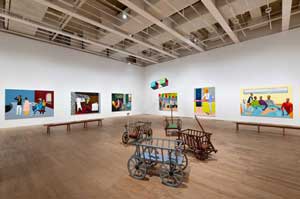 Lubaina Himid
This is the Turner-prize winner’s largest solo show to date and it does not disappoint.
Tunji Adeniyi-Jones – interview: ‘I want to show composure and a confidence. I don’t want these figures to feel they have anything to prove’
Adeniyi-Jones talks about his new paintings in That Which Binds Us, his first solo show at White Cube Bermondsey. 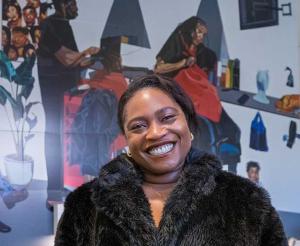 Joy Labinjo – interview: ‘When people speak of multicultural London, it’s something you can really see in Brixton’
For her first public commission at Brixton underground station, the young London-based artist reflects on the importance of the hair salon in her own life, as well as within black British female culture more widely. 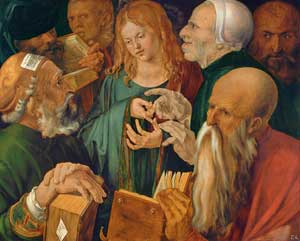 Dürer’s Journeys: Travels of a Renaissance Artist
The German artist was a great traveller, visiting the Alps, Italy and the Low Countries. This exhibition attempts to show how the places he visited and the artists he met influenced his creativity.