McCullin is widely known as a war photographer, but this comprehensive and unflinching exhibition, covering 60 years of his photojournalism and more, shows the full scope of his work 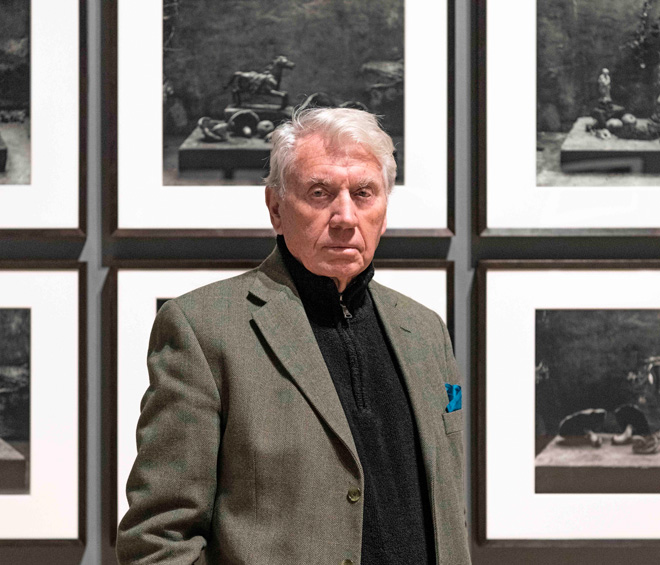 Don McCullin’s long career as a photographer began when, in 1959, the Observer newspaper published The Guvnors in Their Sunday Suits, Finsbury Park, London. This is a rare instance of a photograph staged for the camera by McCullin (b1935), who more usually captures scenes as they unfold.

The exhibition follows a loose chronology from his early photographs of London, such as this one, to his landscapes of Somerset, taken in the noughties. Between these two poles are his trademark photographs of conflict in locations including Beirut, Iraq, Biafra, Vietnam, Northern Ireland and Bangladesh, as well as scenes of extreme poverty in Bradford and other towns in the north of England, homelessness in the East End of London and the plight of those dying in the Aids pandemic in Africa. Each of the 21 sections in this exhibition begins with a wall text providing essential historical context and accompanied by words from McCullin that help to clarify his relationship to photography and to humanity. I will pick out just a few of these sections here.

Don McCullin, The Battle for the City of Hue, South Vietnam, US Marine Inside Civilian House, 1968. Artist Rooms, Tate and National Galleries of Scotland. © the artist. Courtesy Don McCullin.

Most of the photographs we see from McCullin’s time in Vietnam – a place he has visited on 16 occasions in the course of his career – were taken in 1968 when he spent 11 days with US troops. Here, as elsewhere, he addresses his subjects with humility. In The Battle for the City of Hue, South Vietnam, US Marine Inside Civilian House (1968), McCullin’s image conveys empathy both for the Vietnamese civilians caught up in the conflict and for the young inexperienced American soldiers dealing with the untold horrors of war. This is typical of an approach where he operates “not as a photographer but as a human being”.1

On assignment for the Sunday Times magazine in 1971, McCullin turned his camera on conflict much closer to home. From 1968, the conflict in Northern Ireland, known as the Troubles, saw the Provisional Irish Republican Army (IRA) and unionist paramilitaries such as the Ulster Volunteer Force (UVF) fight over British rule in Northern Ireland, and the British army was deployed in 1969. The conflict was mainly fought on the streets, as we see here, particularly as violence flared in residential areas where Protestant and Catholic communities met. McCullin crossed military lines in his quest to document the conflict, putting him in physical danger while shouldering accusations of supporting the rioters and terrorists. He sought only to document events and bring them to the attention of the wider public.

McCullin develops and prints all his photographs himself, unusual in contemporary photography. His dark room is a haven, a place of calm where he works to produce the very best prints he can. The ethical dilemma at the heart of images such as these is that McCullin is photographing human tragedy of one sort or another. His insistence on feeling, on connecting with his subjects, means his images, and the disasters and misfortunes they represent, are impossible to forget. These images, as Susan Sontag says, “rightly haunt us and we should allow them to do that in order to remind ourselves of what human beings are capable of doing”.2 It is the dark underbelly of humankind that McCullin is interested in, and I am not the first to suggest that this is reflected in his choice to print images darker than might be expected. 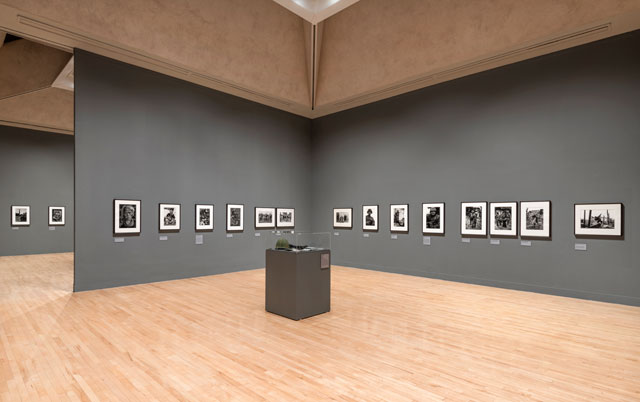 Tate’s exhibition of these photographs is clean-cut and unfussy. There are only two vitrines of additional material, both intelligently used. The first is in a space featuring photographs from Vietnam and Cambodia. In a small vitrine, we see some of the possessions of McCullin’s life as a war reporter – a US army helmet, a light meter, a watch, passports, a compass, press passes and a Nikon camera body with a bullet hole. McCullin says he keeps the damaged camera as a reminder of how lucky he is to have survived decades of war reporting. As if to underline his gratitude, the vitrine is positioned poignantly close to his 1968 photograph A Young Dead North Vietnamese Soldier With His Possessions.

The second vitrine displays a few examples of articles from the Observer and Sunday Times magazines featuring McCullin’s photographs. However, rather than overwhelm the gallery visitor with the many possible examples of his work published in this way, the curators have chosen to show just a handful of black-and-white examples in this manner, with a further 52 digitised, and largely colour, spreads shown in the adjacent Projection Room. McCullin worked at the Sunday Times magazine for 18 years and these examples give a strong sense of how photographers such as him contributed to the success of the magazine and its reputation for high-quality journalism and images. This strategy also enables the exhibition to maintain its sharpness while ensuring that a great deal more material can be comfortably viewed. My one criticism of this room was that the projected images switched rather too quickly to allow reading of the accompanying texts.

At a point when exhibitions seem at times to be overrun with displays of archival objects and supplementary materials, it is a testament to the curators that they have allowed the work to speak for itself. Maybe this clean-cut approach is a necessary counterpoint to the horrors and messiness of life as recorded by McCullin. This pared-down style of curation also gives the subjects of these images, the victims of famine, poverty and war, the dignity and respect they deserve.

In his late work, shown towards the end of the exhibition, McCullin turns to the natural landscapes of Somerset, Herefordshire, Northumberland and Scotland. These landscapes never fail to remind him of the battlefields he has photographed: “Sometimes, when I’m walking over the Yorkshire moors, or in Herefordshire, the wind rushes through the grass and I feel as if I’m on the An Loc road in Vietnam, hearing the moans of the soldiers beside it. I imagine I can hear 106mm howitzers in the distance. I’ll never get that out of my mind.”3 At the same time, these landscapes act as a salve for McCullin: “My solace lies in recording what remains of the beautiful landscape of Somerset and its metallic dark skies.”4

The exhibition closes with a small group of McCullin’s still-life photographs from c1989. As with the landscape photographs, McCullin says these offer him escapism. His guilt at being able to photograph horrific scenes and walk away is palpable. “That is why,” he says, “I want to photograph landscapes and flowers. I am sentencing myself to peace.”5 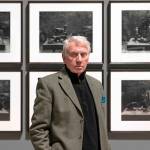