Painting, Passion and Politics: Masterpieces from the Walpole Collection

Painting, Passion and Politics: Masterpieces from the Walpole Collection

On loan from the State Hermitage Museum, St Petersburg, 'Painting, Passion and Politics' is showing at Somerset House, London, until the end of March. The exhibition presents 34 masterpieces from the collection of Sir Robert Walpole (1676-1745), 1st Earl of Orford and Britain's first Prime Minister. It was one of the 18th century's most famous and exceptional collections, assembled for Houghton Hall in Norfolk. Described as the ‘most celebrated collection in England’, the story of how it was amassed and eventually sold - not to form the planned National Gallery in London but to Catherine the Great of Russia - is one of drama and intrigue. 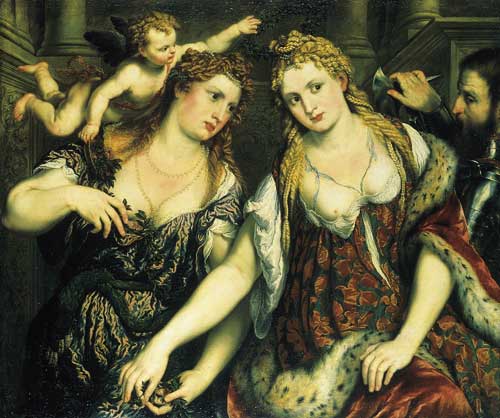 The sale of the remarkable collection by Walpole's 'eccentric and volatile' grandson in 1778-79 was devious and complex, and caused an outrage at the time. It was considered to be a perfect foundation collection for the establishment of a national gallery. The loss of 204 outstanding works to a foreign buyer was a devastating blow to morale and considered at the time to be a reflection of England's decline. Although 'Painting, Passion and Politics' displays a relatively small proportion of Catherine the Great's acquisition, the quality of the exhibits is exemplary. The core of Walpole's collection includes works by 17th century Dutch and Flemish painters such as Rembrandt, Rubens and Van Dyck, as well as those by Nicolas Poussin, Murillo and Claude Lorrain. The selection has been made to illustrate Walpole's wide-ranging taste: Italian grand tour Baroque paintings, contemporary paintings and many fine sporting pictures. Walpole also commissioned many contemporary works from living artists; John Wooton painted almost 20 paintings of Walpole, his dogs and horses.

In common with Catherine the Great, Walpole had a passion for buying the very best. They both often bought from famous collections and both had a penchant for large-scale works. Rebuilt during the 1720s with work continuing into the 1730s, Houghton Hall required the original house to be demolished and the village of Houghton to be moved to accommodate the new park. The new Houghton Hall was large and grand in detail; architects including Thomas Ripley, Colen Campbell, James Gibbs and William Kent worked on the design and ensured it could accommodate large-scale paintings and tapestries. The larger works from the Walpole collection form a central part of the Hermitage collection and are too big to travel for the present exhibition.

From the remarkable works in the Somerset House exhibition, it is difficult to believe that Sir Robert Walpole never left England. His collection was, in essence, 'the epitome of the English grand tour taste'. He enjoyed specialising in the works of a particular painter; he eventually owned no less than 13 paintings by Carlo Maratti (1625-1713). Since Walpole was himself busy with affairs of state, he employed learned individuals to purchase on his behalf and make recommendations. Judging by the works on show here, a cohesive collection was, nonetheless, achieved. Individual gems such as Van Dyck's 'Portrait of Philadelphia and Elizabeth Wharton' (1637-39) — a most beautiful image of children — and the lovely 'Mystic Marriage of St Catherine' (c.1610) by Giulio Cesare Procaccini, a relatively lesser known artist, display his eye and his determination to achieve a personal and original collection. Members of the Walpole family (his sons Robert, Edward and Horace, or his brother Horatio) travelled on the Continent where they bought for Sir Robert. He also had secret agents, both for political purposes (to inform him of Jacobite activities abroad) and commercial enterprise. He was not averse to paying over the odds for a painting he very much wanted. In 1734-35 he offered 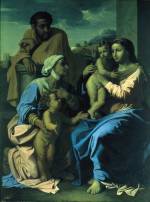 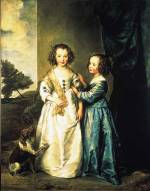 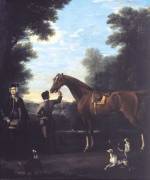