The short journey from the British Museum down to Tate Britain is currently a rewarding trip. The British Museum gives us, with the exhibition dedicated to Shah Abbas, the early 17th century unifier of Iran, a clear comparison as to how a portraitist can contextualise his sitter. Shah Abbas is shown as a benign, even modest, but confident regal figure.1 At Tate Britain, Van Dyck’s majestic super- image of the diminutive King Charles I prancing through an archway on horseback, made in 1633, when the Civil War storm clouds were already building, shows a calmly confident monarch redolent in self-denial of fate. By contrast, Shah Abbas stands modestly yet confident in his achievement. In both cases the role of portraiture is recognised succinctly by the portraitists, both professional masters.

In Isfahan the cult of personality was strictly forbidden, on religious grounds: as the portrait by Court artist Bishn Das reflects. By contrast in London, it was desperately pursued. While Shah Abbas brought about a Persian cultural Renaissance, Charles I of Great Britain pursued policies leading towards constitutional and political disaster. His father King James I had laid the foundations for a future United Kingdom. The son ruptured this early consolidation severely.

Shah Abbas left a legacy of superb architecture and art in Persia. Charles I left little of that before his own execution, when the collection of paintings, which he had built up from the Continent, was summarily dismantled by Cromwell. Even in what was recovered after his death, as the Royal Collection at Buckingham Palace reveals, there was a preponderance of ‘severed heads’ by different masters, not inappropriate as a reminder of the fate of Charles I himself. But notwithstanding subsequent developments, (and Van Dyck died prematurely in Holland before the Civil War), he was able to transform English portraiture forever.

Van Dyck construed a mood of careful nonchalance in his aristocratic sitters, an informality which belied the somewhat totalitarian principles of the Stuart Court. The royal family group, of 1632, The Great Peece, shows Charles I, his wife Henrietta Maria, and two children languidly at ease. The portrait of James Stuart, 4th Duke of Lennox, of the same year, has the same indifferent gaze, this time in the company of a deer- hound, loaned by the Museum of Metropolitan Art, New York. A later portrait of Lucy Percy, Countess of Carlisle (1637) suggests more of a come-hither expression for the portrait painter: some kind of fulfilment of such hints at intimacy comes with the painting Cupid and Psyche, of a year later, which is both voyeuristic and openly erotic. Van Dyck, who had been schooled by Rubens, and greatly admired Titian, was knighted early in his time in London, and able to move confidently in Court circles. But his antennae warned him to return to Amsterdam before the conflict broke out. The Roundhead (Parliamentarian) opposition had not fully formed up, but it was time to go. Van Dyck had dismantled by then the inherent stiffness of Tudor and early Stuart portraits, and brought to England a new tradition of relaxed sitters which remained his legacy. One wonders how he would have dealt with a commission from Oliver Cromwell, ‘warts and all’. He would probably have removed such blemishes.

Van Dyck was both cool in a modern manner and yet sensitive to historical change. It would have been fulfilling if Van Dyck had survived long enough to paint the restored monarch, Charles II. This would have given him the ultimate fulfilment in England. In London today it becomes interesting to review Van Dyck, as exhibited at Tate Britain, in the full context of celebrity depiction, in terms also of photographers such as Cecil Beaton, and later Mario Testino, and indeed Annie Liebowitz. In every case the identity of the subject was transformed and enhanced. Liebowitz in particular movingly caught the courage as well as the rigorous intellectuality of Susan Sontag.  Testino’s superb images ensured that Princess Diana was ‘the People’s Princess’, as never before. The present Royal Family, short in stature, is never allowed to be upstaged by lofty courtiers. Van Dyck is investigated today firstly as a supreme portraitist of his age: but secondly as the most prominent 17th century example of the portraitist as publicist. He employed the long - established device of the equestrian portrait, to crucially raise the royal profile. Stature, however, is not everything. Pietro Annigoni captured succinctly the youthful beauty of the young Queen Elizabeth II in a wholly traditional manner tracing past Van Dyck to the late Renaissance in Italy. Even Andy Warhol, with his mastery of the printed media, memorably substantiated the image of John Lennon, as did Richard Hamilton commemorate his Marilyn.

There was also a social apparatus conveyed by Van Dyck. He bequeathed the ‘Class Act’ look in England, so notably evident in society even through until the l950s. This ‘cavalier’ pretension pervaded upper and upper-middle class self - imagery even through until the l950s in England. It divided the ‘officer’ classes, bestowing unwarranted superiority on the outmoded cavalry officers. And that assumption even extended into mid-l950s industrial boardrooms, pocket-handkerchiefs flying, until it finally expired. Van Dyck had the English psyche measured, cut and dried long before. This perhaps was his least welcome bequest. Today its origins sit languidly in Tate Britain. 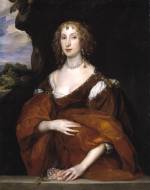 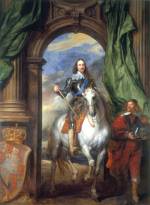 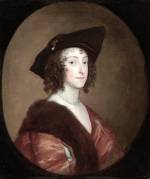 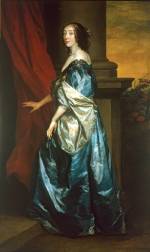 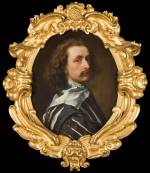 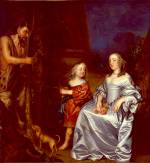 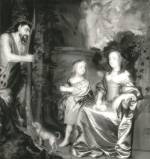 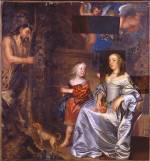 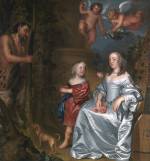