There is an innocent quality about the photographs of Jacque Henri Lartigue, an honesty and openness - but not the studied faux naivety that is so popular now and certainly no amateurishness. He took his first photograph at the age of six, in Paris, in 1900 - the year Picasso made his first visit to the city. Lartigue came from a background of considerable wealth and privilege, which allowed him to indulge his hobby - photography was still an expensive pursuit that required a great deal of heavy equipment. 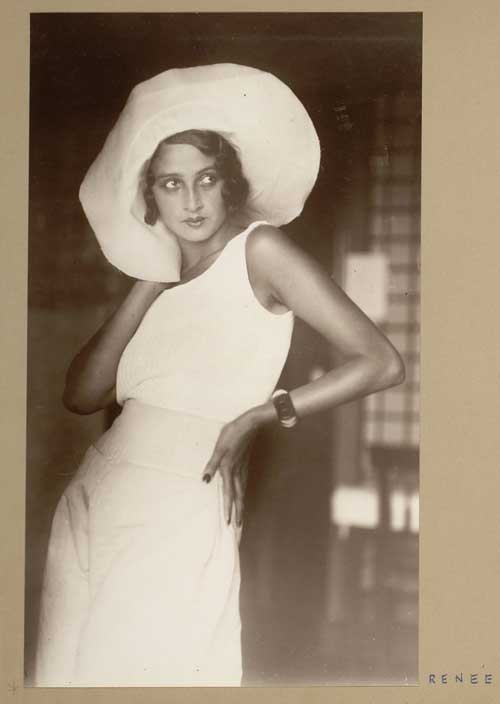 He trained, and made his name, as a painter, but was a photographer first. Lartigue was fascinated by the minutiae of life and found beauty in everyday activities. He was ambitious but modest (a rare combination) and had great artistic foresight. However, because photography was his "hobby," not his profession and was done only for himself, he was immune to the "greater picture" and to the influences that swayed other, professional, photographers. He was not obliged to participate in the great trends and changes in fashion that swept photography in its formative years.

His images are among the most famous of all the images of the turn of the century: fashionable ladies promenading along the boulevards of Paris; the first aeroplane flight in France; tennis matches; horse racing; family fun, games and holidays; and a series of portraits of a mysterious beauty - Renee Perle. It was a life and a time - the relaxed, complacent world of the bourgeoisie that was destroyed by the Great War. Lartigue's collection is the most comprehensive visual record of the Belle Epoque that exists and it is very fortunate that someone so gloriously sensitive was there with a camera.

It is not too fanciful to liken Jacque Henri Lartigue to Samuel Pepys. The great English diarist kept an honest and insightful account of a turbulent and pivotal time, but did it purely for personal satisfaction, not for publication - in fact the manuscript was only deciphered 120 years after his death. Lartigue, too, made a record of his life and times that was not intended for public consumption - and was almost unseen for over 60 years - he just used a different medium.

Photography is so established as an art form - so obviously an art form - that it is hard to imagine the mind-set of early photographers who struggled to find their place and debated whether they were "artists" or "craftsmen." Some mimicked portraiture in paint - posing their subjects in one "definitive" pose; others saw themselves as illustrators of newspaper articles; many were artists in other media - painting and sculpture - for whom photography was simply a useful device.

Lartigue grew up during a period of breathtaking change: science and technology made huge leaps with Einstein, Freud, Henry Ford and the Wright brothers; political forces boiled up and empires clashed, culminating in the First World War; and art was being revolutionised by Picasso, Braque, Matisse, Duchamp, Mondrian … all of them in Paris, the epicentre of "modern art."

Also like Pepys in the Enlightenment, Lartigue was not just an observer he was a participant in the events and debates that moulded a new approach to art. The moods, shifts and trends produced by the intellectual furnace in which he lived show in his work. His friends included Abel Gance, François Truffaut, Robert Bresson, Federico Fellini and Claude Renoir - all of whom he photographed during the making of their films.

He adopted new technology eagerly, especially fast-film stock. He understood the value of recording real life - things and people that were important to him. The photograph was not the end in itself, what was important was the image and the memory. When he took each photograph, he drew a simple sketch - in case the technology let him down and the photograph was not successful. These sketches record the details of what he wanted to capture in his image - the fold of a scarf or the expression on a face - the intimate moments that were so important. He kept the images and sketches in large scrapbooks; hundreds of them crammed his apartment.

Although he showed a few images in exhibitions over the years, Lartigue's immense treasure trove of photographs only started to come to light in Life magazine in 1962, followed by an exhibition at the New York Metropolitan Museum of Art in 1963. Then, his friend Richard Avedon, helped him put together a book "The Family Album" in 1970 - which placed his name in the first rank of photographic artists.

Ironically, the man who had been making incredible images since the age of six, only became a "professional" photographer in his 70s, when commissions from magazines, advertisers and fashion designers began to flood in - culminating in the official photograph of the then President of France, Valerie Giscard d'Estaing. 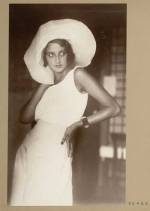