The film and video artist Douglas Gordon had his first one-man exhibition in Britain at the Lisson Gallery in 1994, sponsored by its perceptive director Nicholas Logsdail, to which he returned again in 2001. The following year, he was to exhibit 'Entre'Act 3' at the Stedelijk Van Abbe Museum in Eindhoven. 'Fuzzy Logic' followed at the Pompidou Centre in Paris, and from about this time his work really took off internationally.

Gordon won the Turner Prize in 1996, followed by the top award at the Venice Biennale. In addition, he has had major showings at Manhattan's Museum of Modern Art and at the Palais de Tokyo in Paris, as well as the Museum of Contemporary Art in Los Angeles. He also curated 'The Vanity of Allegory' at the Deutsche Guggenheim, Berlin. There have been over 230 single or group shows. Gordon has worked out of New York for the last ten years and he is now at the pivot of his mid-career, essentially a New York-based artist.

For the UK and especially Scotland, his native country, going away had to be inevitable after his time at the Glasgow School of Art and the Slade, in order now to 'come back' from New York to be exhibited in Edinburgh. From that city, the exhibition will travel to the Kunstmuseum Wolfsburg in Germany, to the Stedelijk Museum in Amsterdam and then to DOX, the soon-to-be-opened Museum of Contemporary Art in Prague. For an artist who has just passed the 40-year milestone, this has been a brilliant trajectory. Despite all the accolades, however, Gordon's actual 'entrée' or maybe one should say 're-entry', into the British scene has been somewhat hesitant until now, since in London he has only showed at the Hayward Gallery as part of the group exhibition 'About Face: Photography and the Death of the Portrait' and at the Whitechapel Gallery group exhibition, 'Faces in the Crowd'. Are directors afraid of working with Gordon? What is the problem now with the Tate (Britain or Modern)? The Hayward show of 2002 was entitled 'What have I done?' and one might ask - has somebody's prominent big toe been trodden upon, stubbed? Anyway, who cares? Like Gerhard Richter, who never made it to Tate Modern, maybe its too late now to remedy - as the superb Richter retrospective recently at MoMA New York shows, the star rises to the heights anyway. Is it the chemistry of personalities 'wot does it'?

It is not an Edinburgh Festival exhibition - which it could have been (the space constraints were not so serious as to hold off Ron Mueck; and, in Gordon's case, these could have been surmounted. Mueck's gargantuan figures hardly required reduction and the public loved his work). The present exhibition comes in the fallow season (when the Turners are trotted out in fading light) and this is the season from mid-November onwards of weird goings-on, remorseless rain and diminishing crowds. Deputy Director Keith Hartley as Curator has been inspired to bring into the catalogue a short story by Ian Rankin; and who more appropriate than a crime writer to set the tone? The public have been persuaded that they have a kindred spirit in their midst with whom to discourse - post-enlightenment-wise - and prevaricate. But here is the difference; Gordon's ruthless and cerebral logic fastens the mind. The critics have also rated Gordon's new work highly. Even the Edinburgh literati have seemingly been flattered (and so relieved) to find his references to the cadaver hunters Burke and Hare; Gordon's magical skill is in playing with the element of darkness.

In all, the exhibition divides into what might be fairly called five parts, not three. At the Royal Scottish Academy buildings on Princes Street, some 12 works are distributed evenly in two loose groups, through spaces specially converted internally to convey darkness, not light. The blackened rooms create more than an appropriate gloom. Then, at the Royal Botanic Gardens, further exhibitions are staged in three venues. At Inverleith House, the elegant former Museum of Modern Art, 'Selected Texts 1989-in progress' offers a retrospective survey. At a new venue, the Wash House, Gordon literally plays with fire and the visitors' shadows play on the walls. This episode harks back to Plato's cave, inspired by the late Susan Sontag's essay 'In Plato's Cave' as was published in her seminal book On Photography (1973). At the nearby Caledonian Hall, 'Between Darkness and Light (after William Blake) 1997', a full video installation runs. The installations are intelligently grouped (although Plato's grave could have readily been established in one of the geometrical classical spaces of the Royal Scottish Academy, shadows enhanced).

It has to be said that Douglas Gordon's exhibition does seem to suffer as a result of this dispersal. It would have been good to see it contained in some combination at the National Gallery, adjacent to the Royal Scottish Academy there, which has been a logistical achievement by the curators to install and synchronise in any meaningful way. In his catalogue essay of formidable intelligence, Keith Hartley conveys how our relationship with visual reality has been changed forever (from Sontag), and that 'the very insatiability of the photographic eye changes the terms of confinement in the cave, our world. In teaching us a new visual code, photographs alter and enlarge our notions of what is worth looking at and whatever we have a right to observe.' Like Plato (in this respect), Gordon's interest lies more with the mind than with tangible reality.

The exhibition is accompanied by a superbly designed catalogue, which conveys a visual parody of Enlightenment Edinburgh and its contemporary erosion. Notwithstanding Ian Rankin's clever short story, it seems clear that Douglas Gordon will not be dragged down by the ghoulies, but that he will come back again in strength even if he takes a decade to make this further marker. Keith Hartley is to be congratulated on this masterly display of curatorial skill and his collaborators on their patience and compliance with the intentions of an artist of an uncompromising bent. 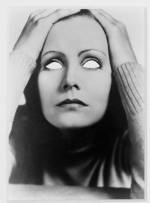