An exhibition of work by the Canadian painter David Milne charts his progression from depictions of New York city scenes to the battlefields of France and Belgium back to the rural US and Canada, influenced on the way by European painters such as Cézanne, Matisse and Brâncuși 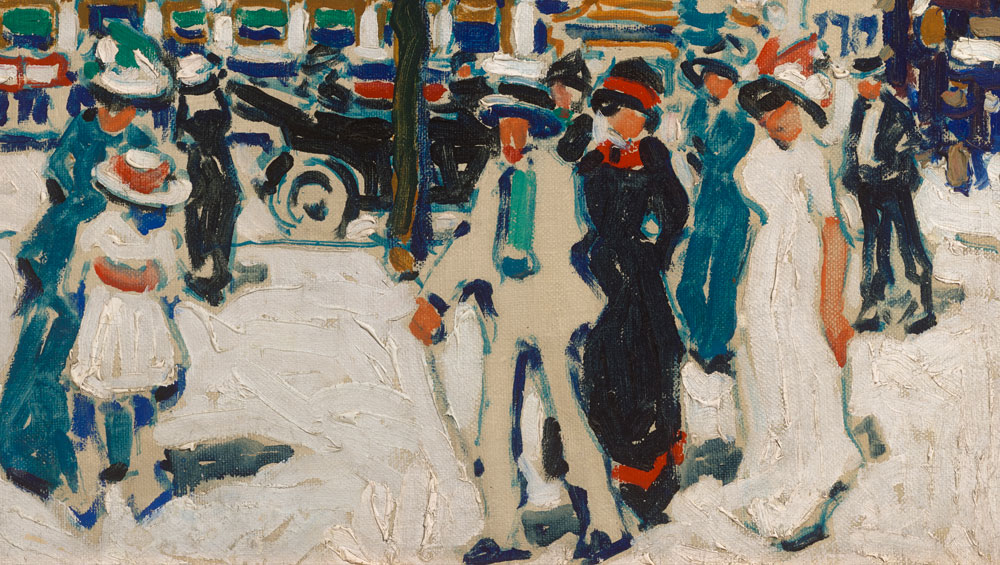 The street scene is painted in a vibrant yellow. With this colour, the artist has sketched the billboard, the trees and the wheels of a carriage. You can glimpse the city in a moment: you can see the sunlight as it is reflected off the wall. You can imagine the changes in transport of the 20th century ahead. For its bold modernity, Billboards (c1912) is characteristic of the New York paintings of Canadian artist David Milne (1882–1953). While he is renowned in his native country as an artist’s artist for the quiet integrity of his landscapes at home and abroad, a new exhibition at Dulwich Picture Gallery introduces him to a UK audience. 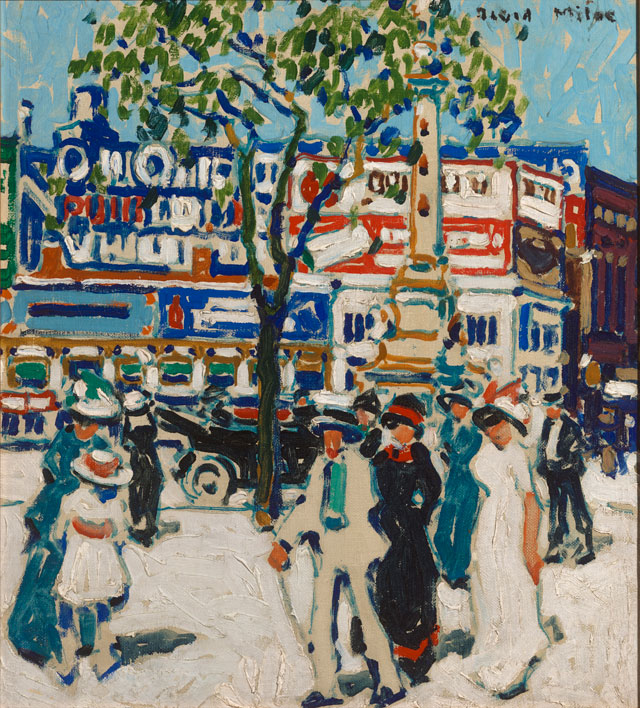 Billboards is one of the high points of this illuminating show, David Milne: Modern Painting, which includes the modern artist’s oil paintings, watercolours, drawings and photographs. The exhibition is thoughtfully curated by Sarah Milroy, a Toronto writer and curator, and Ian AC Dejardin, formerly director of Dulwich Picture Gallery and now executive director of the McMichael Canadian Art Collection. At the beginning, you can see his modern painting in a flash, as in the New York city scenes, and at the centre, in the war-ravaged landscapes of northern France and Belgium, which Milne painted in his role as official war artist for the Canadian war records, before the exhibition shifts towards the skies of his own country at the end. As you follow his artistic journey, you can observe how Milne was a true internationalist. 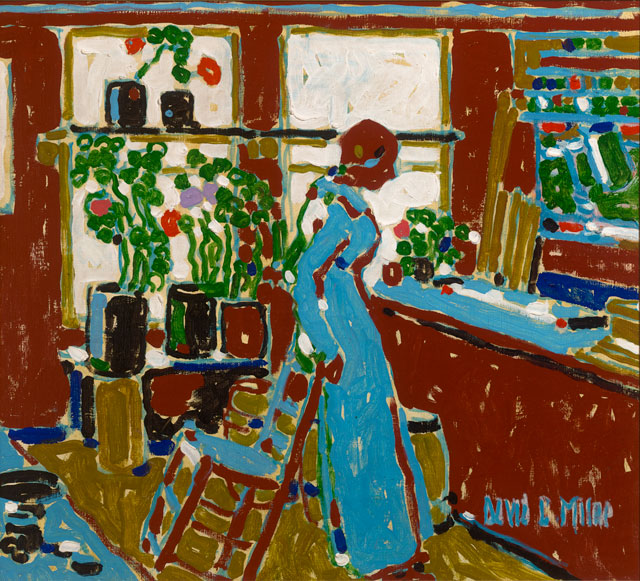 Born to Scottish parents in an Ontario farming community, Milne first worked as a teacher in a rural school, before discovering a love for drawing. With the intention of being an illustrator, he moved to New York in 1903. Yet his interest in painting grew, as he took drawing classes and engaged with French art, for example at Alfred Stieglitz’s 291 gallery, where he saw exhibitions by Paul Cézanne, Henri Matisse and Constantin Brâncuși. With a small selection of paintings, Milne participated in the seminal 1913 Armory Show. You can read the influence of Matisse and the Nabis in the decorative surface pattern of the light-blue figure and the earthy-red wall, and around the flash of white space in the window of Red (1914). The artist’s encounter with the expressionist painter Edvard Munch at the Armory Show can be seen in the poltergeist-like shadow of the seated figure in Summer Night, Saugerties (1914). The study of an Egyptian frieze at the Metropolitan Museum of Art in New York informs the brilliant field of pattern in the painting Trees in Spring (c1917). 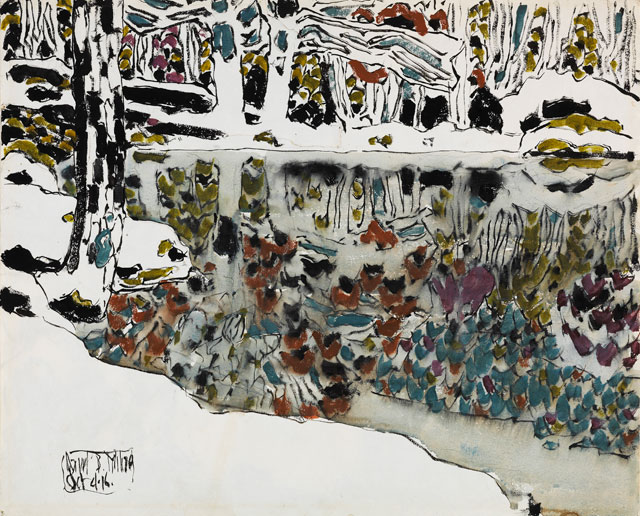 Milroy explains how Milne connected with international art movements of his time, and, in doing so, draws a comparison to US contemporary artists. “Milne sits at the crossroads between two traditions: one is the tradition of European modernism that he absorbed in New York between 1903 and 1916, the modernisms of Matisse, Bonnard, Vuillard, Monet, Cézanne and Picasso, although he was never much of a cubist … He was very interested in Brâncuși because of his command of textures. He was able to look at sculpture and extract from it lessons for painting,” she says. 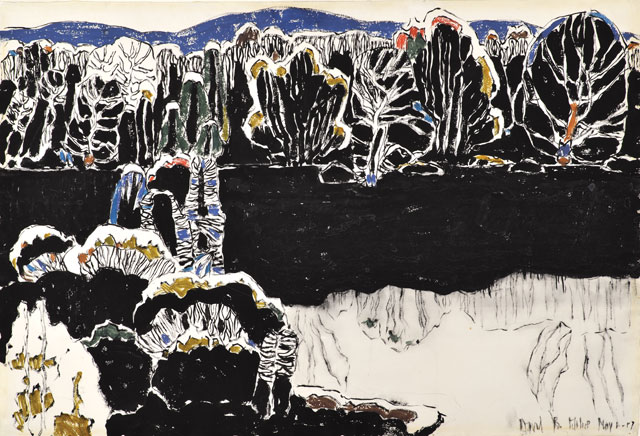 “He was voraciously observing mostly European modernisms, which were more impactful on him than American modernism. But cutting across that and cross-pollinating it is his interest in American ideals of the transcendentalists, in particular Henry David Thoreau, so the idea of closeness to nature, of living a very monastic, reduced, spare life, where you could concentrate and do your work without distraction, a tendency to veer away from worldly goods and consumerism,” she adds. 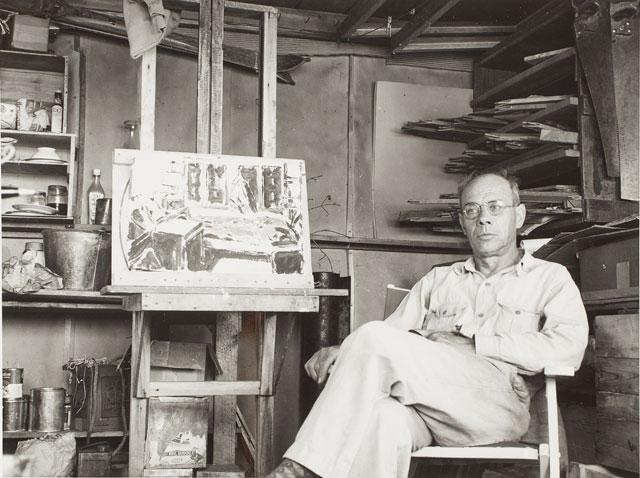 “He bears close comparison to figures such as Marsden Hartley, Arthur Dove, John Marin and Georgia O’Keeffe, who are all people who were very cosmopolitan in their exposure to international trends in art and thought, but also, in part fuelled by the ideas of the transcendentalists, retreated from urban life and back into the natural world, but armed with this very contemporary, very cutting-edge and very avant-garde toolkit of ideas.”

After moving to a village north of New York City in 1916, Milne turned from the cosmopolitism of the city to painting the natural world. There he applied an avant-garde approach to nature, as you can see in the anti-picturesque The Boulder (1916). Around this time, he developed a pictorial language attuned to the zeitgeist, as seen in his studies of the effects of camouflage in micro-landscapes. He enlisted for combat in the first world war in 1917, but did not see active duty. In the months following the Armistice, he secured a commission to document the battlefields of northern France and Belgium from the Canadian War Memorials Fund. The delicate watercolours of abandoned battlefields are moving paintings for being austere war memorials. You can see how Milne applied a spare style to spectacular effect in Montreal Crater, Vimy Ridge (27 May 1919), which represents a deep hole in the landscape, after mines behind German lines were detonated by Allied Forces. In Passchendaele, Ruins of the Church at the End of the Road (30 July 1919), the coloured, fractured brushwork speaks of the fragmented human experience that accompanies the chaos of war. There is a suggestion of peace, quiet and birdsong that evokes the silence of the fallen. 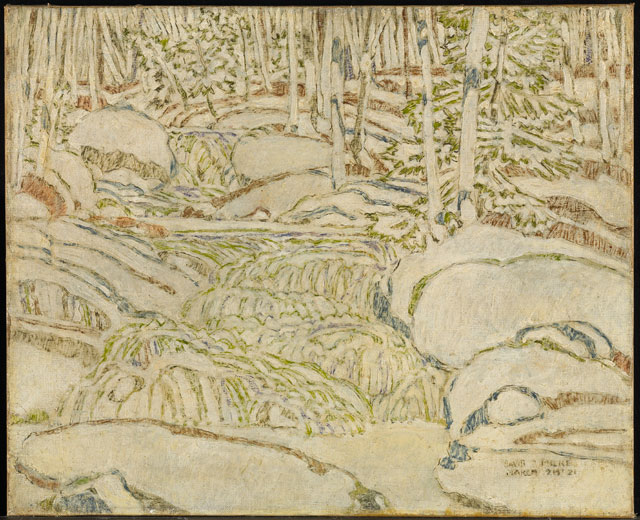 Milne returned to live in a hut in New York State, where he again revealed an inclination towards a simple life as an artist and a connection with nature, inspired by writings of Thoreau. In the US, he showed an eye for colour and line in painting White, the Waterfall (1921), which he regarded as a crowning achievement. He would paint the unprepossessing subject of a tree stump, like the haystack of Monet, whose legacy he acknowledged in pictures of waterlilies. On his return to Canada, he painted extraordinary blast sites in the ground, in abstract paintings such as Flooded Prospect Shaft II (1929), recalling his experience of battlefields of Europe. During the 1930s, he captured integrity in the minutiae of still-lifes and beauty in horizon pictures. For all the apparent spontaneity of The Big Dipper (1936), he painted it from pencil sketches. In the exhibition, the sketches are curated in a glass case on a sightline from the artwork on the wall. Like his New York scene, it approaches the condition of modern painting in a flash of perception. 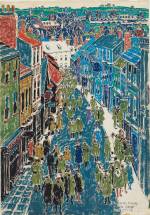