Knights was a prodigious talent, yet she has been virtually ignored for the past half a century. Now, a retrospective of her paintings at the Dulwich Picture Gallery could change that. Director Ian Dejardin tells Emily Spicer why Knights is an artist worth remembering

David Evans. Winifred Knights at the British School at Rome, 1925. 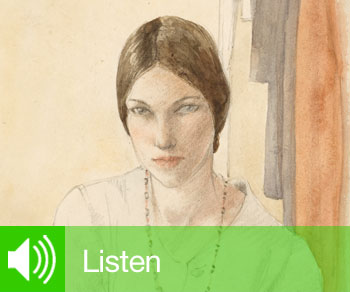 Professionals of the art world, be they critics or curators, are not supposed to question the canon of art history. It is heretical to suggest that a 20th-century artist, let alone a 20th-century woman, compares to one of the untouchable Renaissance masters. But that is what I am about to do, not by way of sensationalism, or hyperbole, but because when I stood in front of Winifred Knight’s impossibly fine study of an angel, I felt that she had all but wrestled the lofty Raphael from his marble pedestal.

In 1920, Knights became the first woman to win the prestigious Prix de Rome – despite the chauvinism she faced from male students at the Slade School of Fine Art who attempted to sabotage her efforts – and rose to become one of the most highly regarded artists of her time. Her life was peppered by sadness and cut tragically short when she was only 47 years old, but hers isn’t just a tale of woe. She delighted in nature and rural living and spent happy years in Italy, where she fell in love not only with the country, but also the early Renaissance or Quattrocento tradition, that long-overlooked period whose champions include Piero della Francesca and Masaccio.

What Knights achieved with her formidable artistic armoury was wholly original. Her draughtsmanship, her understanding of colour and tone, her manipulation of perspective and her way of tapping into the spirit of the Quattrocento, without pastiching the works of the masters, all bear out her genius. But her work is about more than just style; it has substance too. Knights’ face looks out from every painting as she flees the deluge, sleeps soundly in an Arcadian bliss populated by women, or mourns the death of a stillborn child in Scenes from the Life of Saint Martin of Tours (1928-33). These events echo those of her life, and her personal story runs through her work like a silk thread, connecting each precious, meticulously executed painting.

The Dulwich Picture Gallery champions artists such as Knights, those painters who have been all but forgotten for one reason or another. And, thanks to curator Sacha Llewellyn, Knights has risen again with this exhibition, which lovingly guides us through her short life. We see her style develop and mature, her at first blissful marriage grow estranged; we learn of her lovers and admirers, her anguish, and battles won and battles lost. And nothing is mentioned that is not borne out in paint and pencil. The only regrettable thing about this exhibition is that it ends too soon, because so, too, did Knights’ life.

I spoke to Ian Dejardin, Sackler Director of the Dulwich Picture Gallery about Knights, to try to understand the allure of her work and why she was almost lost to obscurity. 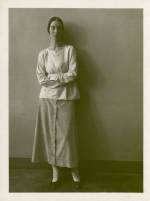