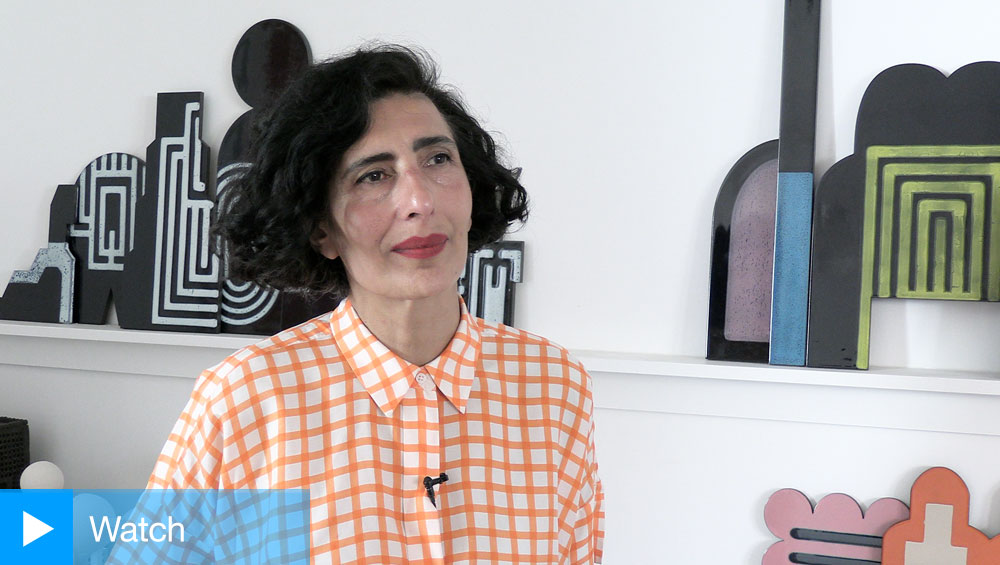 Lubna Chowdhary – interview: ‘Erratic is a useful analogy for a diaspora artist’
With swooping forms and blazing colour, Chowdhary explores the grey areas between east and west, sculpture and architecture, and the functional and the decorative. She talks here about the themes that underpin her work 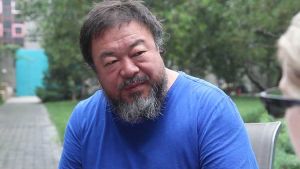 Ai Weiwei: Yours Truly
Premiered at the Glastonbury Festival, Ai Weiwei: Yours Truly is a moving and powerful documentary about the horror of political imprisonment, offering insights into the artist’s own struggles and those faced by freedom fighters across the world. 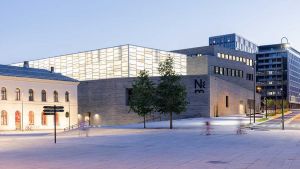 What can we expect from Oslo’s mega new National Museum?
Oslo’s new National Museum opened in June, its 6,500 objects arranged to tell a refreshingly inclusive and post-colonial story of the evolution of art, design and craft. How does the new museography of this, Scandinavia’s largest art museum, and its architecture, measure up?. 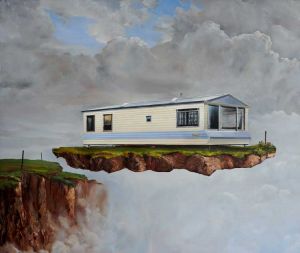 Earth: Digging Deep in British Art 1781-2022
From Thomas Gainsborough and John Constable to Richard Long and Yinka Shonibare, what unites these artists and their works across the centuries is a shared concern with the relationship between our planet and its inhabitants. 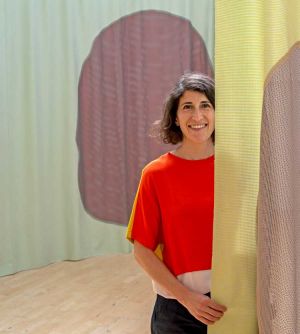 Céline Condorelli – interview: ‘The histories of work are really opened up in my work so that things are voiced and expanded’
The architecturally trained artist talks about her new show at Edinburgh’s Talbot Rice Gallery, and looking at the constructed nature of labour and leisure, as well as value. 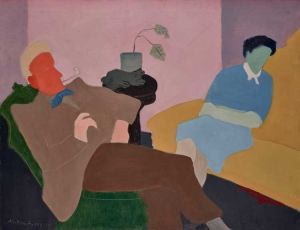 Milton Avery: American Colourist
In the first comprehensive exhibition of Avery in Europe, the RA brings together more than 70 works from the 1910s to the 1960s, showing how he influenced artists such as Mark Rothko and Barnett Newman – and, in turn, learned from them.
Vivian Maier: Anthology
An amateur photographer who, while working as a nanny, captured the streets and people of Chicago from the 1950s and 1960s like no other, is seen here in her first solo UK show at MK Gallery. 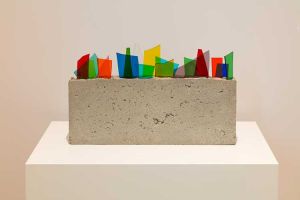 David Batchelor: Colour Is
A long overdue survey covering 40 years of work from an artist long interested in the complexities of colour and its place in the urban environment. 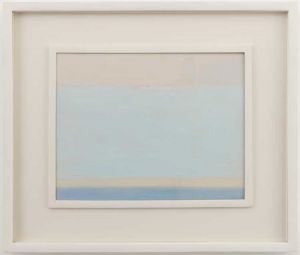 Antonio Calderara: From Lake Orta
This show follows the postwar Italian artist’s path as he journeys from figuration to abstraction, with his wife, young daughter and local scenery providing the subject matter for much of his work. 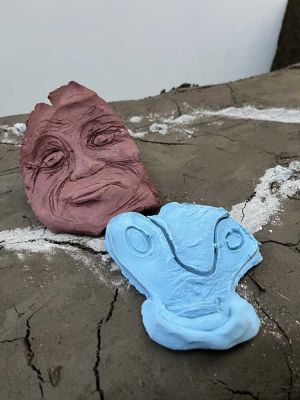 Back To Earth
The Serpentine’s Back to Earth programme asked artists to consider how art can respond to the climate emergency. This exhibition is a tribute to their many and varied responses. 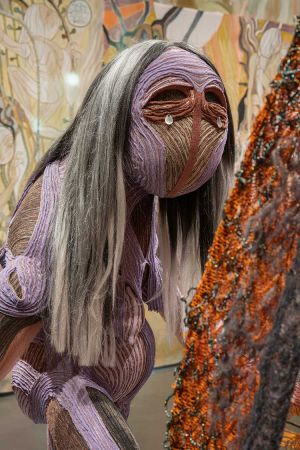 Emma Talbot: The Age/L’Età, Max Mara Art Prize for Women
Talbot’s winning commission for the Max Mara Prize takes as its jumping-off point Gustav Klimt’s The Three Ages of Woman, setting up questions around age, feminism and climate that the viewer is left to answer. 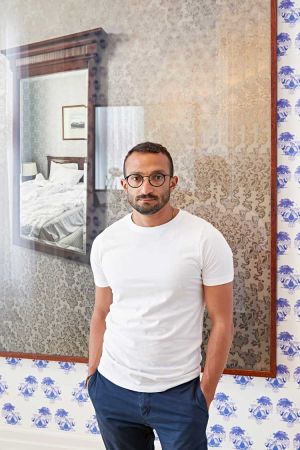 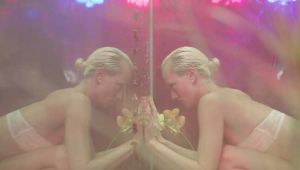 Barbara Pollack – interview: ‘You don’t have to be Ai Weiwei to be a successful Chinese artist with an international presence’
The writer and curator talks about the impact of the enormous social, economic, and political changes in China on the post-Cultural Revolution generation of artists, including the seven she features in her new show at the Asia Society      . 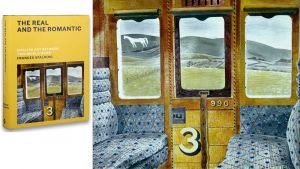 The Real and the Romantic: English Art Between Two World Wars – book review
Art historian and biographer Frances Spalding leads us through a complex period in the development of artistic practice in England. 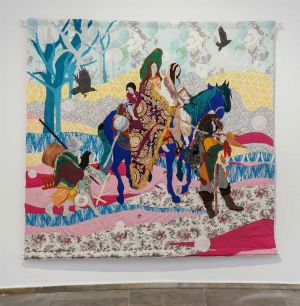 Documenta 15
The latest edition of the venerable festival imagines art as a collaborative endeavour that transcends individual artworks and artists. It’s sprawling, unconventional and at times unmanageable, but delivers a shot in the arm. 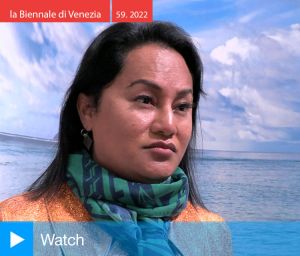 Yuki Kihara: Paradise Camp – Venice Biennale 2022
The artist, who is of mixed Japanese and Samoan heritage, talks about showcasing queer rights and revealing the toxic influence of colonialism in her works. 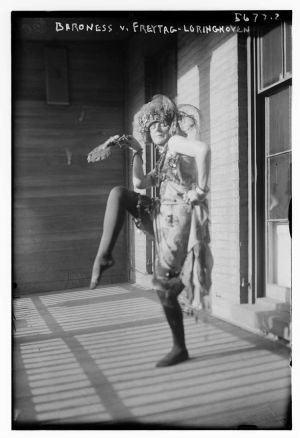 The Baroness
Baroness Elsa von Freytag-Loringhoven was once described as an artist who ‘dresses dada, loves dada, lives dada’. Here, 12 artists respond to her life, artwork – including one of the first readymades in art history – and extraordinary poems. 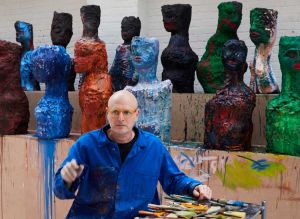 Daniel Silver: Looking
Prepare to look and to be looked at, as Silver’s dynamic sculptures and works on paper use different conceptual strategies to engender varied emotional responses. 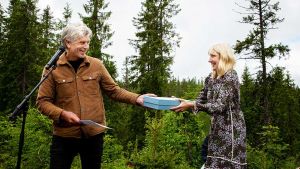 Katie Paterson – interview: ‘It’s a living project, changing and surprising us’
Future Library is artist Katie Paterson’s prayer that trees, literature and the human imagination will survive into the next century. She talks about the work and the opening of the Silent Room in an Oslo library in which a literary manuscript will be placed each year for 100 years. 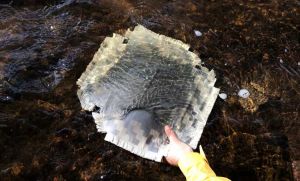 Tanoa Sasraku: Terratypes
In her works on paper, photographs and bronzes, the young British Ghanaian artist conjures up memories, mythologies and the landscape of rural Britain in this captivating yet perplexingly cryptic show. 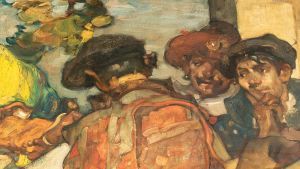