A fantastic range of Surrealist works and ephemera displayed in this exhibition shows the mutifaceted nature of the surrealist art movement, encountered through four different collections of Surrealist art 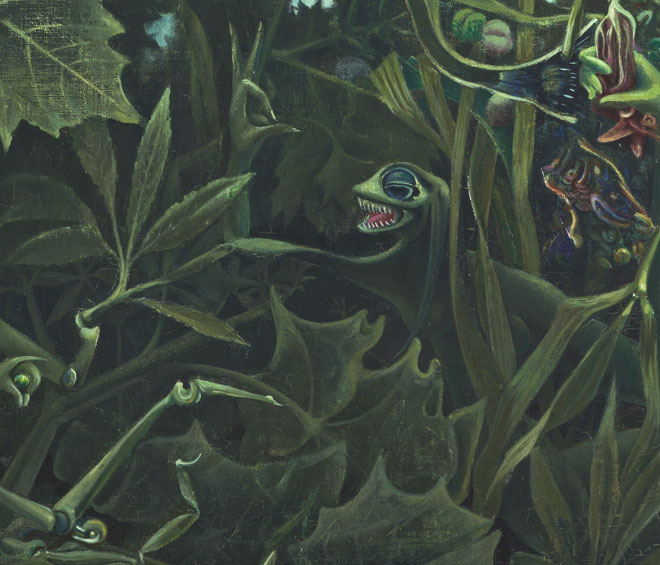 Surrealist Encounters at the Scottish National Gallery of Modern Art approaches the surrealist movement through the unique perspectives of four collections and their collectors: Roland Penrose (1900-84), Edward James (1907-84), Gabrielle Keiller (1908-95) and Ulla and Heiner Pietzsch (b1930). Each collection reflects an individual pathway through surrealism, tracing friendships, travels and tastes through art. Not quite chronological and not quite thematic, the exhibition expands like a network following the spread of surrealism across Europe in the 20th century. It is certainly not a neat history, yet it is a fascinating one.

Looking at the works in the context of the collectors themselves was an initiative of three major public galleries – Hamburger Kunsthalle, Museum Boijmans Van Beuningen and the Scottish National Gallery of Modern Art – whose collections would not be as diverse as they are without these individuals. It is with time, and unfortunately sometimes death, that we, the public, come to appreciate the conscientious collector, a spirited supporter and steadfast patron of artists and their work. It is through the acquisitions of, and donations from, these collectors that these three galleries can tell such a dynamic story of surrealism.

Hanging an exhibition about surrealism while introducing the individuals behind the collections was a curatorial challenge, and the progression of the exhibition feels unsteady as a result. The exhibition begins abruptly in a central corridor with a spot-lit text set in light blue on a dusky purple, which is uncomfortable to read, and made more difficult by the soundtrack of two different videos leaking in from other rooms. The word “encounters” suggests meetings and exchanges between individuals, yet the exhibition seems to straddle an engaging social angle and a regular retrospective summary. Despite the confusing start, however, the sheer range of works, from drawings to sculpture, paintings, photographs and ephemera, displayed on the colourful walls of the gallery rooms and in its historic wooden archive cases, soon wins the viewer over to embracing the hectic journey that is surrealism.

A force majeure for the collection of surrealist art at the Scottish National Galleries, Keiller worked on the committee and gradually bequeathed works from her own collection. When she died in 1995, she left her whole collection, of 136 pieces, to the gallery. The first work she bequeathed in 1959 was an early work by Henri Rousseau, La Statue de Diane au parc (c1909). While Rousseau (1844-1910) was not considered part of the surrealist movement, his flat, humorous depictions of figures and gardens were a post-impressionist precursor to the surrealist style. Later, Keiller developed an eye for works by Eduardo Paolozzi (1924-2005) and Marcel Duchamp (1887-1968), who, while never officially surrealists, were influential in the movement’s development. The exhibition gives equal precedence to the artists who weren’t officially surrealists, yet were working in and around the movement, and were often hugely influential.

Giorgio De Chirico (1888-1978), who pioneered the “metaphysical painting” style in Italy between 1912 and 1915, was another influential artist, working mostly before surrealism became a style per se. Les Deux Soeurs (1915) shows two figures with abstract faces against a dual background of a blue sky and a wooden panel. This work was previously in the collection of Penrose, who owned 20 works by the artist in the 1930s. De Chirico brings a sculptural solidity to his forms, treading a line between figurative and abstract, which was soon picked up by the surrealists. Works by René Magritte (1898-1967), Max Ernst (1891-1976) and Yves Tanguy (1900-55) displayed in the same room appear to ripple off this work, bouncing back the shapes and themes painted in Les Deux Soeurs.

Similarly, the abstract shapes and blue skies of Joan Miró’s dream-paintings of the 1920s find echoes in Tanguy’s soft rolling desertscapes and the carved curves of Jean Hans Arp’s wooden sculpture, Constellation (1928). Wherever these fictive landscapes were drawn from – memories of Brittany and Catalonia, a dream or a trance state, as described in André Breton’s Surrealist Manifesto of 1924 – a clear surrealist language has emerged.

Along with Keiller’s, Penrose’s collection played an important role for the National Galleries of Scotland. Richard Calvocoressi, director of the Scottish National Gallery of Modern Art from 1987-2007, brokered a permanent acquisition of many works from the collection that Penrose had built up during a lifetime of supporting artists. Penrose grew up in Scotland and studied architecture at Cambridge, after which he began making art. He moved to France, following his artistic dreams to the heart of the surrealist movement, where he met and became friends with Pablo Picasso and Ernst, among other artists. A 1932 portrait of Penrose’s first wife, Valentine Boué, by Ernst, a colourful patchwork of shapes framing Valentine’s face, hangs in the exhibition nearby a 1937 portrait by Picasso of Penrose’s second wife, Lee Miller, an asymmetric figure with green hair and a yellow face.

Penrose played an important role promoting surrealist artists in the UK. He was an organiser of the International Surrealist Exhibition in London in 1936 and later went on to become one of the founders of the ICA in 1947. He was a supporter of Picasso throughout his life, writing Picasso: His Life and Work in 1958 and curating two major solo shows of his work at the Tate. Picasso’s incredible drawing Weeping Woman I (1937) was bought by Penrose directly from the artist, and dedicated to him beneath Picasso’s signature, showing their close connection.

James was instrumental in the careers of the surrealist stars Magritte and Salvador Dalí (1904-89), whose work he collected throughout the 1930s and 40s after coming into a substantial inheritance. Magritte stayed at James’s home in London in 1937, where he painted the iconic La Reproduction Inderdite, a portrait of the back of James’s head, which is reflected again in a mirror. Similarly, after James had become aware of Dalí’s work, he invited him and his wife, Gala, to stay at his summer home in Italy, and for a year from June 1937, James gave him a monthly fee, allowing him to acquire nearly all Dalí’s works during this time.

The stories of the collectors are woven through the objects, which gradually reveal more about the artists and the surrealist movement. James collaborated with Dalí on an artistic level; after one stay in London, they began to discuss how they would go about creating a surrealist interior, which led to the idea of the Mae West Sofa. In the exhibition, a sketch on the back of an envelope shows the outline of the red lips that would become so symbolic of the surrealist movement. Dalí’s famous Lobster Telephone (1936) was also commissioned by James.

The Pietzsches began their collection of surrealist art in retrospect, in the context of postwar Germany. With a focus on German artists such as Ernst, Hans Bellmer (1902-75) and Richard Oelze (1900-80), they aimed to build their collection to fill the gap created in German public collections after Hitler’s campaign of 1937-8 against “degenerate” art. In 2009, after works from their collection were exhibited at the National Gallery in Berlin, the Pietzches donated 100 works to the city collection.

Ulla Pietsch looked, in particular, to female artists across art history, including surrealists Leonora Carrington (1917-2011), Leonor Fini (1907-96) and Dorothea Tanning (1910-2012). These artists took the ingredients of the surrealist style, yet each had unique and recognisable painterly techniques. Fini’s women, with their hourglass figures and medieval-style clothing, float through the painting Due Donne (1939), while Carrington’s small, skeletal figures are sketched in dark colours placed strategically within landscapes.

The exhibition plays a game of six degrees of separation linking the collectors with the artists, and soon a network emerges that crosses countries and time periods. The word “encounters” suggests how ideas, styles, and even works of art, travel on unique journeys through communities of individuals. It is a word that was also valued within the surrealist movement; photographs in the exhibition by Victor Brauner (1903-66) and Man Ray (1890-1976) document the figures of the surrealist movement, a variation of people who were involved in literature, poetry, art, publications and writing, and it was the exchange of ideas between these people that made the movement so fascinating.

Each collection reveals an implicit sense of personal curation, creating a deeper understanding of the surrealist movement, while, at the same time, each collector performs a different role, from forging relationships with artists, commissioning works and playing essential roles for public art collections. Using four collections as the lens through which to show surrealism, with the individual collectors at the forefront, was an ambitious way to approach the movement, but certainly an illuminating one. 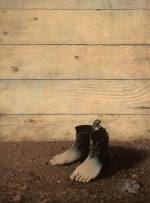