Reflections: Van Eyck and the Pre-Raphaelites

Reflections: Van Eyck and the Pre-Raphaelites

This wishy-washy exhibition is a lesson in tenuous connections

Ah, the Pre-Raphaelites. It is hard to imagine a more maligned popular art movement. They have come to represent everything trite and sentimental about the Victorian penchant for the medieval, for Arthurian legend and chivalric deeds. But we should beware of fashions in art history and we should not be so quick to see ourselves as bearers of enlightened tastes. Things change and these purveyors of tragic romance have had more of an influence on our view of the medieval world than we would like to admit. But this exhibition is concerned not with what the Pre-Raphaelites have done for us, but with what Jan van Eyck (1390–1441) did for them. 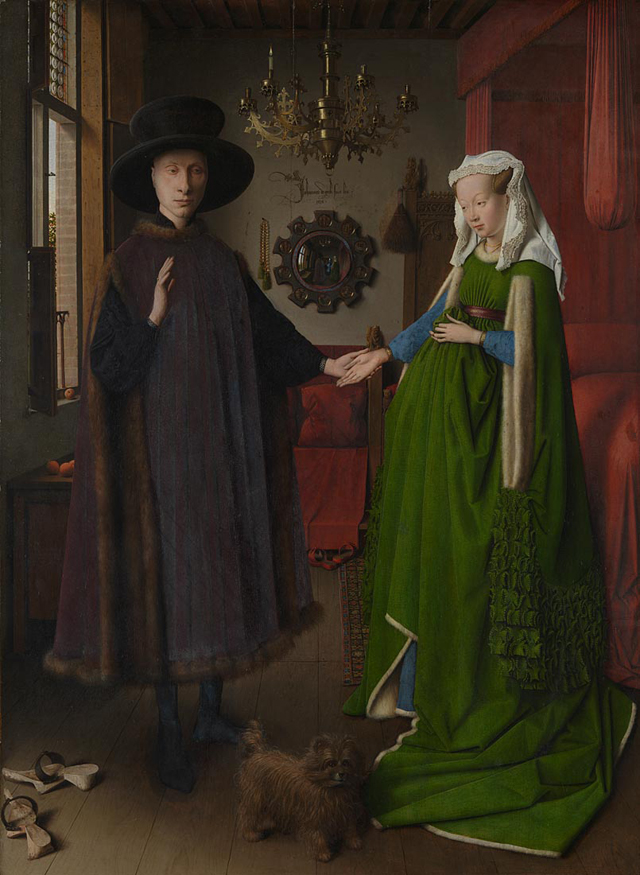 Sadly, the curators do little to help the Pre-Raphaelite cause. The underlying thesis, that van Eyck had a pivotal influence on these Victorian painters, is laboured and thin on evidence. The Arnolfini Portrait (1434), purchased by the National Gallery in 1842, would have undoubtedly been seen and admired by the young Dante Gabriel Rossetti (1828-82), William Holman Hunt (1827-1910) and John Everett Millais (1829-96), who were studying at the RA, then situated in the National Gallery building. The painting certainly caused quite a stir in the press. And that van Eyck is pre Raphael and of the more reserved northern Renaissance tradition that the Pre-Raphaelites admired is beyond contention, but that, it seems, is pretty much where the connection ends.

The Arnolfini Portrait, the single painting that this exhibition hinges on, is a captivating image. Restrained, but rich in textures and meticulously painted, it is, as any art history student will be able to tell you, loaded with symbolism. A strange looking man with a long pale face framed by a voluminous black hat looks distractedly into the middle distance, his grey eyes peering out from heavy, hooded eyelids. He holds up his right hand, almost in a gesture of benediction, but more likely in an act of greeting, while cradling the elegant hand of his wife. She gathers her rich green skirts in front of her stomach, and passes a sleepy glance to her husband as if to say: “Well, aren’t you going to say hello?”

It is worth standing in front of this work for a few minutes just to appreciate the delicate creases of the couple’s palms, the complicated felt applique that trims the woman’s sleeves, the knots in the wood of the strange clogs discarded to one side. Van Eyck was a master of texture and light, and this seemingly restrained image is, on closer examination, extremely sensuous. And on the wall behind this wealthy couple, under some florid script stating “Johannes van Eyck was here 1434,” hangs a round convex mirror in which we can just make out two figures, one dressed in blue, and the other in red. It seems likely that one of these people was the artist. Who is the other? What occasion prompted this scene? There are many questions that still shroud this masterpiece in mystery. 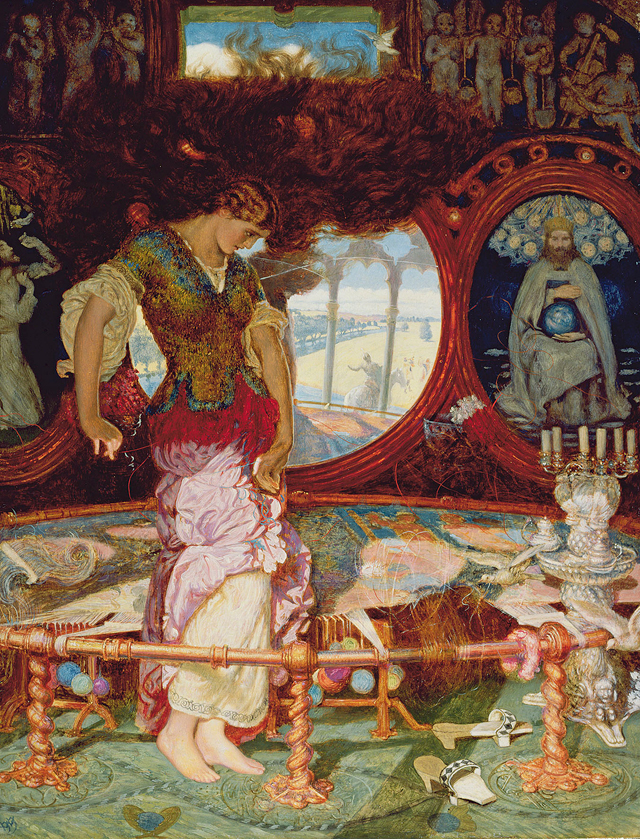 Determined, for some reason, to prove van Eyck’s influence on the Pre-Raphaelites, the curators have clung to the fact that similar round mirrors to the one in the Arnolfini Portrait pop up in certain paintings by Rossetti and William Orpen (1878-1931). The latter isn’t even a Pre-Raphaelite painter. And JW Waterhouse (1849-1917) painted mirrors too, and look, there’s one in the background of a William Holman Hunt picture. That is not to say that mirrors aren’t significant, that they don’t have interesting properties in paintings and mythological narratives. They expand space, offer alternative views of a room; they even talk back to you – if you are living in a Grimm Brothers’ fairytale. Reflections, too, can lead to a world of trouble – just ask Narcissus.

But, here, curators seem to have limited themselves to the strained connection between van Eyck’s one painting and the mirrors that sometimes crept into Pre-Raphaelite art. As a scholarly exercise, it is not a very convincing one. There is a quote from Edward Burne Jones (1833-98), taken from the end of his career, in which he calls the Arnolfini portrait “the finest picture in the world”,  but there is very little textual evidence to support the notion that the Flemish master was a pivotal figure in the Pre-Raphaelite story. 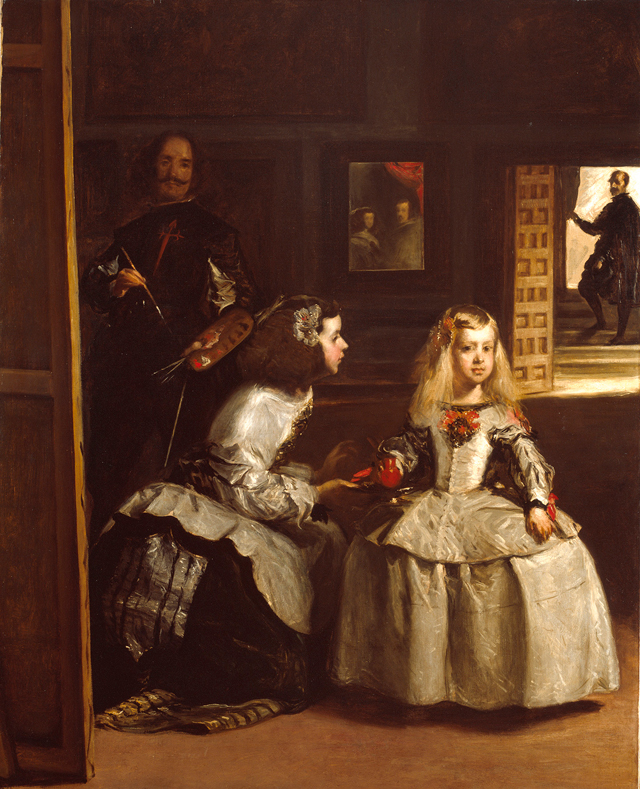 And as to the theory that the Arnolfini Portrait encouraged the Pre-Raphaelites to explore an alternative reality, this seems unlikely. The mirror in van Eyck’s painting shows an extended reality, a second perspective on a scene, like an over the shoulder camera shot in a film. The magical, otherworldly applications of reflective surfaces come much more, I would argue, from the popularity of Victorian literature. Tennyson’s poem, The Lady of Shalott, is even pasted up on the wall, proving that the addition of mirrors, of all shapes and sizes in Pre-Raphaelite art, is more convincingly rooted in popular narratives of the time. And the thesis completely falls apart with the inclusion of a Victorian study of a section of Velázquez’s Las Meninas by John Phillip (1817-67). What this has to do with the Arnolfini Portrait is anyone’s guess. All in all, this is as wishy-washy as exhibitions come.