The life of one of the 20th-century’s greatest writers, Virginia Woolf, is celebrated in a major exhibition at the National Portrait Gallery. Curated by biographer and art historian Frances Spalding, the show explores not only her literary achievements, her role within the Bloomsbury set and her fascination with the visual arts, but also how they played a role in her campaign to support those afflicted by the Spanish civil war. A finely curated exhibition, which features more than 100 works, including paintings, photographs, drawings and rare letters, it gives insights into how Woolf looked towards modern art to realise her own vision.

This exhibition places Woolf at the centre of the Bloomsbury set, a group of English writers, intellectuals, philosophers and artists, who named themselves after the London area where they lived. Highlights include portraits by Woolf’s sister, Vanessa Bell, and paintings by her contemporaries Duncan Grant and Roger Fry, who organised the exhibition Manet and the Post-Impressionists in 1910, showing the modern art of Cézanne, Gauguin and Van Gogh together for the first time in Britain. Just a few years earlier, a memorial exhibition to “England’s Michelangelo”, Victorian painter GF Watts, was held in the august galleries of the Royal Academy of Arts. The Post-Impressionist show marked an aesthetic shift away from the Renaissance and the dawn of a new era of modernism at the turn of the first decade of the 20th century. As Woolf observed: “In or about December 1910, human character changed.”1

Woolf would be acclaimed for her stream of consciousness approach, a literary style in which her characters’ thoughts and feelings are narrated in a continuous flow, as in her novels Mrs Dalloway(1925), To the Lighthouse (1927) and The Waves (1931). As Spalding says: “One thing that Woolf tries to do in her writing is to rid the narrative of external clutter, to move from the inner-self to the public sphere and to have this flow of things going on.” In doing so, she was stimulated by the boldness of Post-Impressionist paintings, although around the time of Fry’s Second Post-Impressionist Exhibition in 1912, she played down their impact: “The furious excitement of these people all the winter over their pieces of canvas coloured green and blue, is odious.”2 And yet she displayed her visual awareness in her experimental short stories in the collection Monday or Tuesday (1921), one of which is entitled Blue & Green.

Also part of the collection is the short story Kew Gardens, which stimulated the visual sense of Vanessa Bell in her painting of a trio talking in front of a window overlooking a flowerbed, A Conversation (1913-16), from which she derived inspiration for a woodcut for the frontispiece of a publication of the story in 1919. Woolf’s husband Leonard perceived Kew Gardens as “a microcosm of all [Virginia’s] then unwritten novels”.3 Kew Gardens was praised by one of the era’s best short-story writers, the New Zealand-born Katherine Mansfield. But she critiqued Woolf’s novel Night and Day (1919) for its “old-fashioned narrative style”, leading many to speculate on the true nature of their relationship. However, Spalding says she made the surprising discovery of a rare letter from Woolf to Mansfield, revealing the extent of their friendship: “Woolf said they talked about writing and writing and writing as though they were after something similar: how to be modern in your handling of words and your telling of stories ... It wasn’t a marriage of souls by any means, and yet it was a close and important friendship.”

As well as the literary friendships, the intellectual associations of Woolf’s family shine through in luminous portraits. While her father was a man of letters, her mother was a renowned beauty painted by the Pre-Raphaelites, and her great-aunt Julia Margaret Cameron was a pioneering photographer of the Victorian era. Here are her austere black-and-white portraits of the gentleman naturalist Charles Darwin and the poet Lord Tennyson. Also on show is an exquisite portrait of Woolf and her husband in 1939. This is one of a selection of photos by Gisèle Freund, the expatriate German photographer living in France during the 1930s, who was one of the early users of colour film. As Spalding says: “This is the only record we have of what they looked like in colour.”

For all her achievements as a novelist, Woolf was a campaigner who wrote a pacifist diatribe in the shadow of the Spanish civil war, Three Guineas (1938). At the Royal Albert Hall, she was involved in an event to raise money for the Basque children and was a patron for the campaign to bring Picasso’s epic anti-war painting Guernica (1937) to Britain. Spalding says: “[Woolf’s nephew] Quentin Bell tried to get Picasso to be present. He could not come, but he sent [a] drawing to be sold in aid of the event.” Picasso’s drawing is here, as is a photo-portrait of Quentin’s brother Julian, who worked as an ambulance driver on the Republican side, but sadly lost his life. Greatly affected by the growing darkness across Europe that culminated in the second world war, Woolf fought on with her life and writing until 1941.

A poignant moment is the display of Woolf’s last surviving letters to her sister Vanessa and her husband Leonard for the first time in the UK. They are close to Woolf’s walking stick, discovered on the banks of the River Ouse after she had joined the flow of the river. With this sympathetic exhibition, Spalding encourages visitors to read Woolf’s books: “I hope they will get hooked by something, whatever it is – her beauty or her words or the poignancy of her life, or the struggle within it, and want to go and buy a book and read her writing, because it just so alters your mind … You see things differently. You become a different person. It expands your sensibilities.” 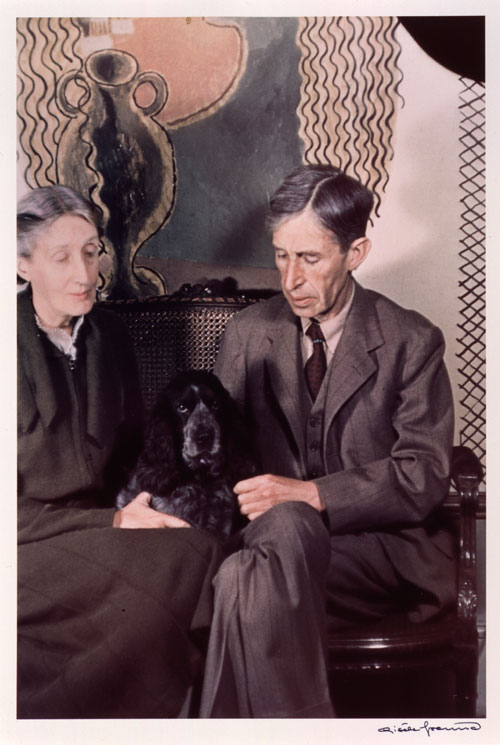 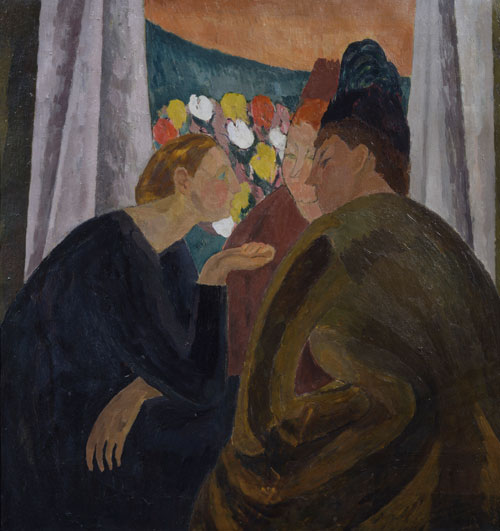 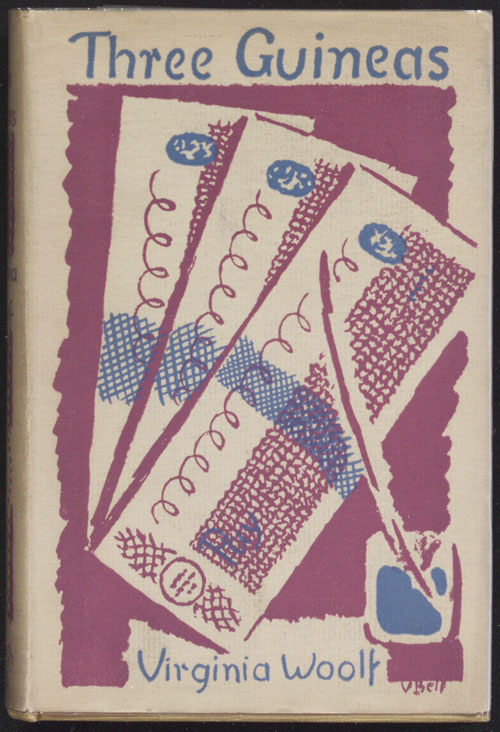