Paul Brown: Process, Chance and Serendipity: Art That Makes Itself

Paul Brown: Process, Chance and Serendipity: Art That Makes Itself 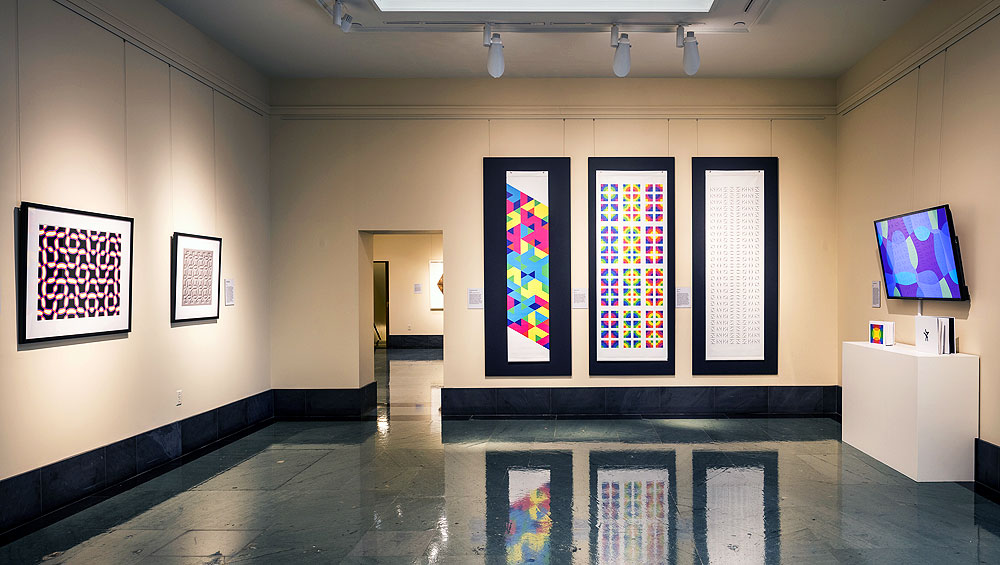 The pioneering computer artist Paul Brown (b1947, England) began exploring the intersections between art, science and technology in the 1960s. He first encountered the possibility of using digital computers as a creative medium after seeing the groundbreaking exhibition Cybernetic Serendipity, at the Institute of Contemporary Art in London, in 1968, just as he was finishing his studies at Manchester College of Art and Design. The ICA's show, which sought to demonstrate some of the creative forms that could arise from technology, such as computer-generated graphics and cybernetic environments, made a deep impact on Brown, and encouraged his explorations of autonomous, self-making art. 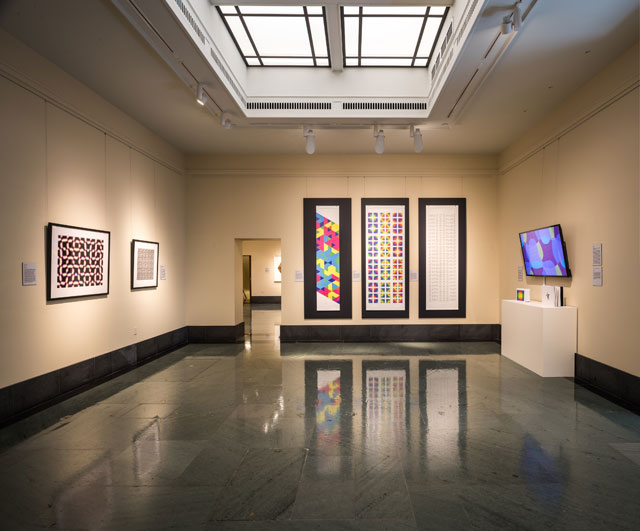 Whereas artistic practices of this period were still commonly tied to acts of self-expression, Brown's interest in self-generative forms were grounded in the development of processed-based methods for producing images and time-based artworks that responded more closely to the wider world. The conceptual foundations of the burgeoning systems art movement of the time, which overlapped with phenomena such as process art, led artists to grapple with current scientific-technological systems, and their place within art and life. 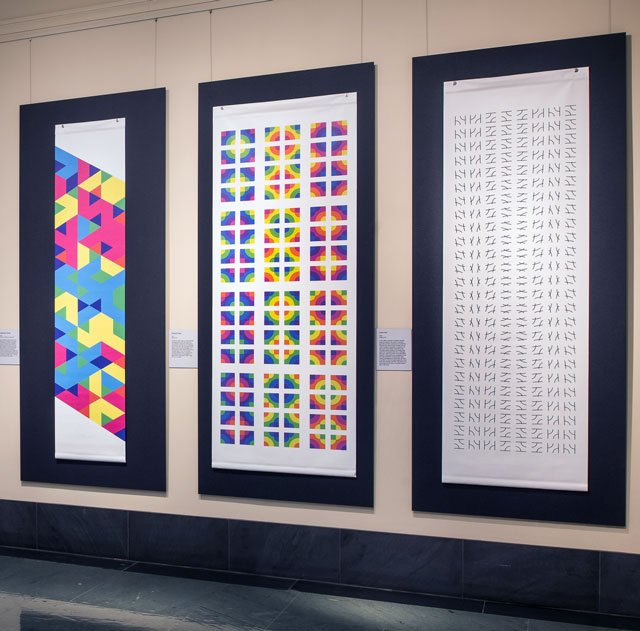 This display of Brown's work at the National Academy of Sciences in Washington maps out the investigations that have been undertaken by the artist over the past 50 years, which centre around his computer program designs. Brown’s work is located in an area of computational science called cellular automata (CAs) – simple systems that can propagate themselves over time. CAs are part of the origins of the discipline known as artificial life, of which Brown is considered an innovator. It was during Brown's postgraduate research at the Slade School of Art, from 1977 to 1979, that he experimented with generative systems that would later become known as artificial life or “A Life”. The Slade was a forerunner within the context of art education concerning the development of digital art. Brown’s ideas were shared by other trailblazers who affiliated themselves with the school during this time, including Chris Briscoe, Harold Cohen, Malcolm Hughes and Edward Ihnatowicz. Throughout his career, Brown has examined CAs and their relationship to tiling and symmetry systems, and it is the emergent properties that result from the execution of these computer programs that comprise the final artwork. As Brown's compositions reveal, the artistry is not coded intentionally within the program, but, rather, is something that emerges autonomously as the technology is implemented.

Through the presentation of a small selection of key works, the critical developments made by Brown are outlined chronologically, focusing on the history and progression of his methodologies. The exhibition also makes reference to Brown's son, Daniel, who is an artist working within a similar realm; the pair describe their shared approaches to creating as “art that makes itself” – a phrase that lends itself to the exhibition’s title. 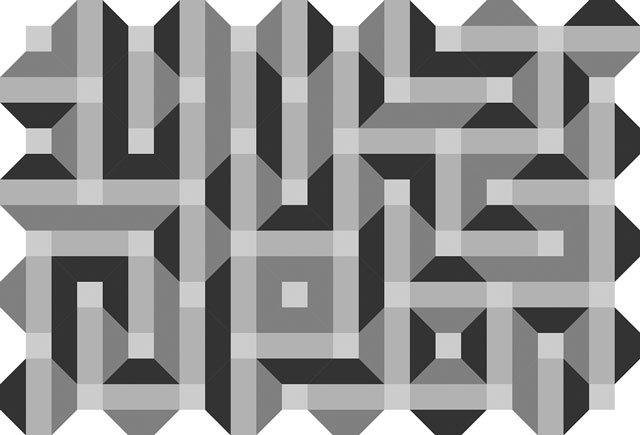 The earliest work in the show dates from 1968, an untitled gouache that was recreated as a giclée print in 2016 (many of the originals are now lost). It marks an important transitional moment for Brown, who made the work after reading Anton Ehrenzweig’s The Hidden Order of Art, which promotes the role of an unconscious and intuitive critical process in the formation of visual art. Influenced by these ideas, Brown was keen to create a process that was free from content as well as context; to form something that looked compelling. He rotated an octagonal tile – formed by three segments coloured black, dark grey and light grey – and placed it in a 12 x 8 matrix. The rotations of the tile were decided by chance: Brown thumbed through Ehrenzweig’s book and used the last digit of the page number where he randomly stopped. The year 1968 was also significant for Brown due to the experiences he gleaned from seeing Cybernetic Serendipity. It was this that led him to study symbolic logic and George Spencer-Brown's Laws of Form, after which the artist began to investigate how he could employ logical and digital systems in his own work. 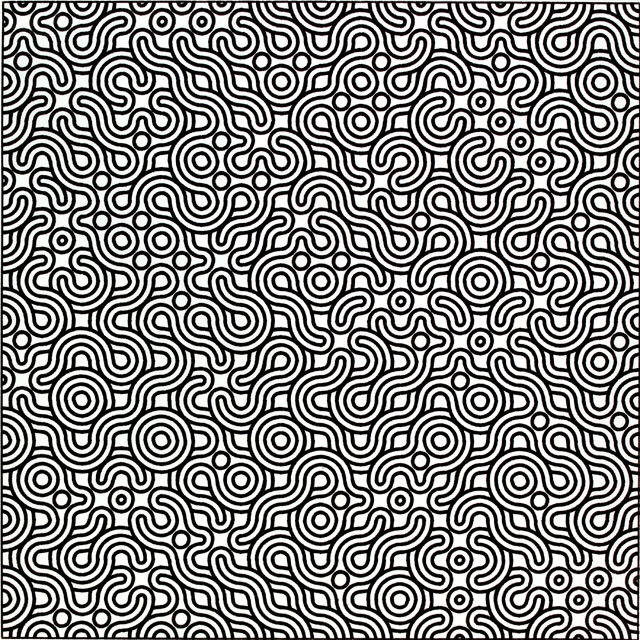 Paul Brown. Untitled, Computer Assisted Drawing, 1975. Giclée print made in 2017 from the original in the Victoria & Albert Collection, 10 x 10 in. © the artist.

The mid-70s saw Brown turn to computational and generative methods as his primary tool. The exhibition displays one of the artist’s early plotter drawings, Untitled, Computer Assisted Drawing (1975/2017), made with a special printer for vector graphics. The black-and-white image is composed of a matrix of 16 x 16 squares populated by three tiles that were placed and rotated using a random process. The program that generated the forms was written in Fortran (Formula Translation), a programming language developed for scientists and engineers. It ran off punched cards on an ICL 1903A mainframe computer in batch-processing mode. The output was a paper tape that was then transferred to an offline Calcomp Drum Plotter, which consequently created the drawing – a process that took several hours. 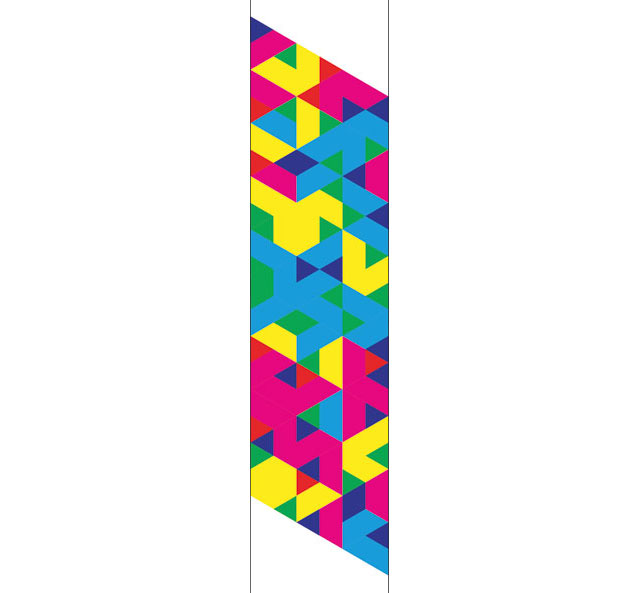 The importance of abstraction to Brown not only relates to the conceptual frameworks he employed, but also, critically, the aesthetic that populates his creations. This is especially demonstrated by Reconfigurable Painting (1977/2015), the original version of which consisted of six triangular canvases that were exhibited in various configurations determined by the artist in advance. Several of Brown’s earlier works could be reconfigured when exhibited and sometimes even rearranged by the visitors themselves, signalling a type of interaction that would go on to underline the art object/audience relationship. Reconfigurable Painting was one of several works that aided the artist's interest in permutative sets, which went on to inform his later works. 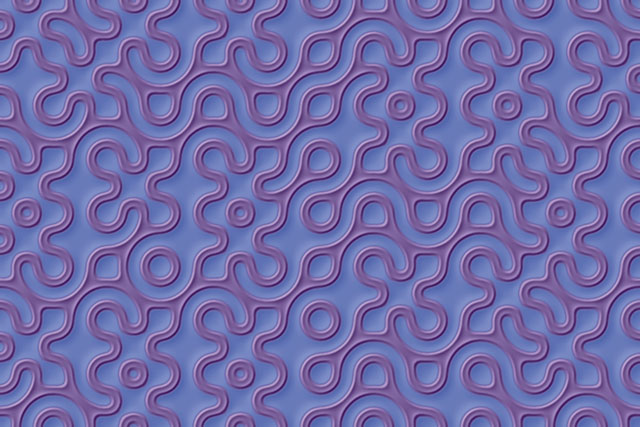 Given Brown’s cutting-edge technical investigations, it would be easy to bypass the role of art history in his endeavours. Concrete art, a 1930s movement championing geometric abstract art, was particularly influential at the start of his career, as well as the aforementioned systems art group. Later on, in the 90s, Brown’s preoccupation with formal qualities resulted in his curiosity about the way in which forms and colours that emerged in his artwork affected how spectators interpreted them. Swimming Pool (1996) is one work seen here that embodies Brown’s interest in this area. The purple-hued interlocking shapes that arise from the matrix in this work consist of variations on three tiles. They reminded Brown of David Hockney’s swimming pool paintings, many of which Hockney made between 1964 and 1971. It is certainly not difficult to associate the curved forms in Brown’s work that float above a dark-blue background with Hockney’s leisurely scenes. Several of Brown’s works from this later period offer nods to other artists – Leonardo da Vinci and Vincent Van Gogh have been held up as influences. Brown makes clear that his reliance on past traditions is important to the development of his own art, rather than advocating for an ahistorical viewpoint. 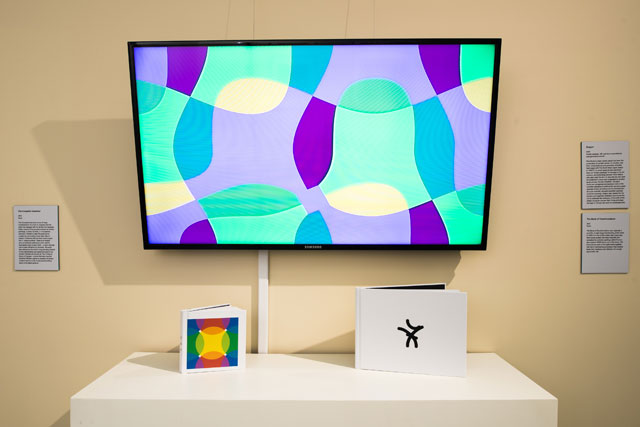 One of the most recent stages of Brown’s career has focused on the formation of kinetic paintings using Apple Mac systems. Dragon (2012) is one such real-time computational and generative artwork and helps us to understand the prominence of this type of production within Brown’s career. When he first began to make this type of work in the mid-70s, it was widely acknowledged as influencing the development of the new scientific discipline of artificial life. Brown’s newer explorations in kinetic painting have been explained by the artist as paying tribute to Frank Malina, the American aeronautical engineer and painter, who also used the term when discussing his own art. Dragon, with its bright purple and green interlocking configurations, is viewed on a large screen on the wall, and was created to honour British computer pioneer Alan Turing for a 2012 touring exhibition, Intuition and Ingenuity, that celebrated the centenary of his birth. 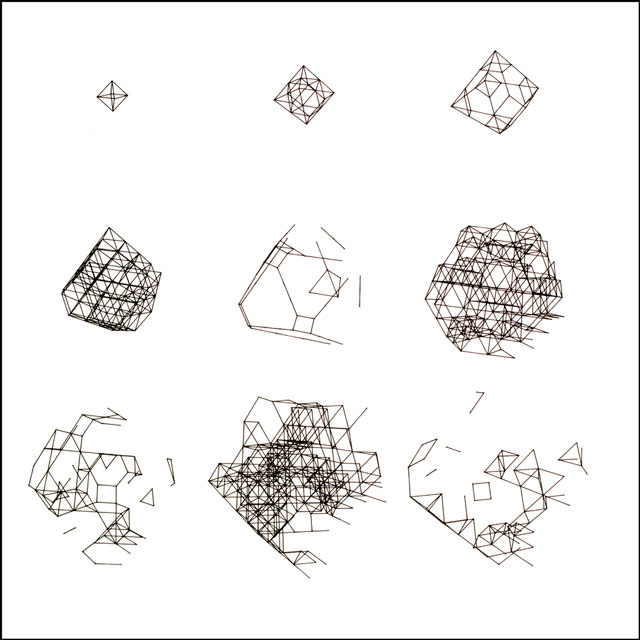 Process, Chance and Serendipity: Art That Makes Itself exemplifies the astonishing computational processes engendered by Brown that, perhaps most of all, reveal the beauty of spontaneous and organic structures. Far from being closed, technical artworks that submerge into themselves, Brown’s skill lies in creating processes that playfully engage the viewer and are experienced through their emergence, rather than any specific construction. What is more, these artworks that build themselves through the conception of computational means make a strong case for questioning whether human intervention is even necessary. 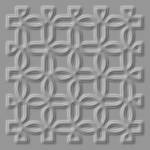