The works of the modernist Indian painter VS Gaitonde bring us to the world of abstraction, demonstrating the artist’s life-long dedication to art as a spiritual journey and a rigorous discipline practised through painting

“I work as an individual. I do not have a scientific point of view. It is mostly my total experience of life [and] nature that comes through me, that is manifested on canvas. For me, every painting I do is a miracle … It is my sincere belief in life, truth, God, whatever it is, that prompts me to paint.”1 Thus wrote Vasudeo Santu Gaitonde in 1963 in a questionnaire on occasion of the exhibition Contemporary Art in India at Gallery 63 in New York. It was not the artist’s first exhibition in this city, but it was the first in which he reached his mature style – open, densely painted colour-field abstractions with infinite horizons and mesmerising details, such as sparse, as if occasional, drips and rare spots of contrasting colours. More than half a century later, we can admire the first museum exhibition of this prominent artist from India, whose life spanned the last century (1924-2001). Sandhini Poddar, the Guggenheim Museum’s adjunct curator, spent two years assembling this show, which features 45 paintings, works on paper and drawings. Borrowed from public and private collections from around the world, the exhibition is a comprehensive overview of the most productive period of the artist’s career, with the earliest work on display dated 1953 and the latest 1997.

Born in Nagpur and educated in Bombay (now Mumbai), Gaitonde studied both traditional techniques of Indian mural and miniature painting and modern European masters, such as Kandinsky, Picasso and Matisse. A mixture of influences and styles is evident in his work: the paintings done in the 50s reveal the strong influence of Paul Klee, with their distinct figures against an abstract background; and the ones created in the 60s and thereafter eschew the elements of figuration, leaving colour combinations and the flatness of the canvas to communicate with the viewer.

From the 60s onwards, Gaitonde’s canvases demonstrate his commitment to what he called “pure painting – painting which has detached itself from the world of objects to explore its endlessly exciting possibilities.”2 Brought to bear on our eye by subtle colour gradations of mauve, grey, blue or brown, his colour field becomes charged through a strategic introduction of condensed areas of darker or lighter hue, bringing the work closer to Klee’s ideal of “exactitude winged by intuition”.3 Despite the artist’s quest for total abstraction, all Gaitonde’s seemingly non-objective works have elements of unevenness and suggestion, which tend toward figuration. In the 60s, these enigmatic configurations in his paintings resembled either hieroglyphic or graphic elements, in the manner of Chinese calligraphy, or concentrated areas of colour, similar to, but more pronounced and graphic than in the works of Barnett Newman or Mark Rothko. In the 70s, the artist began introducing circles and patterns in his paintings, resembling hieroglyphs or erased, indistinct figures. In her catalogue essay, Poddar provided partial explanation for suggestive pictorial elements in Gaitonde’s abstractions by citing a specialist in South Asian art, critic Richard Bartholomew, who maintained that traditional Indian miniatures were not purely figurative, but were composed of literary and abstract elements.4 Gaitonde then might have been alluding to our necessity to “see” something in the picture, even when there is nothing objective or graphic there because, intuitively, we attempt to make sense out of unfamiliar patterns trying to connect them with what we already know.

Gaitonde was influenced by abstraction as a theory and as practice; he was familiar with Kandinsky’s treatise, Über das Geistige in der Kunst, and followed Zen Buddhism in his religious practice. From Kandinsky, the painter learned to think about art in synaesthetic terms, as a form of expression that could be brought close to music by turning away from the objective world. From Zen Buddhism, Gaitonde obtained a meditative disposition, which allowed him to consider painting as a way of induction to silence of sorts, a manner of communicating mute presence that is both affective and subdued, charged with emotion and withdrawn. He seems to have been deeply steeped in the notion of art as a spiritual journey, describing his paintings as self-portraits and exploring the limits of our perception by playing with the ideas of visibility and invisibility in painting.

In terms of the working method, Gaitonde preferred to use rollers and palette knives, building up the surface of the canvas in a very physical way. His friend the artist Krishen Khanna provided a revealing description of Gaitonde’s painting process, which reflects the importance for him of colour as material, its physicality: “His actual work is the trace of the elements with which he chooses to start a painting. He chooses, say, two colours, he makes his ground absolutely perfect, and he does not know what he’s going to paint. It begins with confronting nothingness and nothingness begins by almost emphasising nothingness. He applies three or four or five layers of white on the canvas, so that the reflective index of colour is enhanced. Then he leaves it to dry, makes it absolutely bone dry, and that takes time. Then he works with mixtures of solid colours, which are opaque colours, and then with translucent and transparent colours, all at the same time. Then he perhaps makes a blob, then he works in different places and different things here and there, then his problem is how to collate all these things. That collation, the colours that intervene between one part of the action and the next part of the action, the way the colours collate by using another neutral colour – maybe a white – and how they … combine and isolate certain forms; that colour which he gets there, is impossible for him to repeat. I think that’s his big contribution, they are happening actually. He’s doing it and he can’t do it again, it can’t bear repetition. In his whole repertoire you won’t see the same colours again, even the same shade of red.”5

Poddar classifies Gaitonde’s work as belonging to “polymorphic modernisms”, which resulted from the borrowings and interpretations of historical modernism in various cultural contexts. In Gaitonde’s art we are able to witness a prime example of Indian modernism developed in such cities as Bombay and New Delhi in the second half of the 20th century and to observe its special brilliance and its difference from the classical modernism. We have to thank the Guggenheim Museum and the curator for this opportunity. 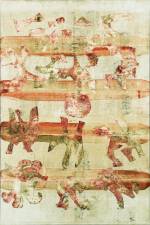 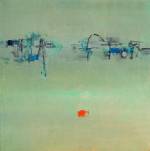 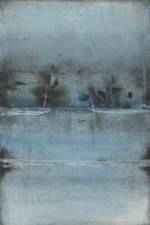 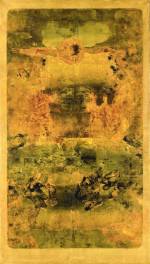 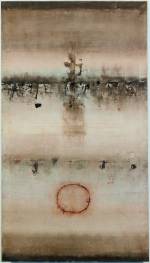 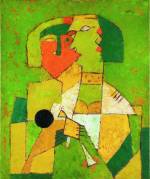 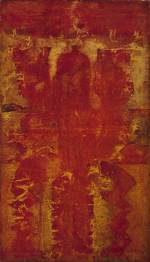 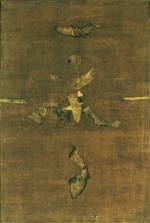 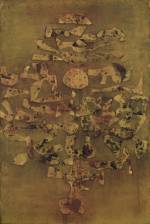 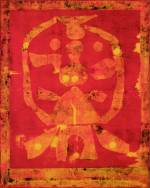 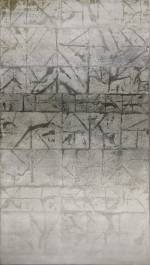 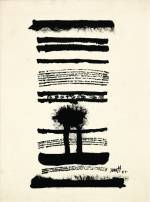