The Guggenheim is to be congratulated for tackling the complex subject of the German artists’ group Zero, and the international network of artists with whom they forged connections, in an attempt to change the face of postwar art

The exhibition Zero: Countdown to Tomorrow, 1950s-60s at the Solomon R Guggenheim Museum in New York, and those due to open in 2015 at the Martin-Gropius-Bau in Berlin and the Stedelijk Museum in Amsterdam, are the culmination of a three-year research project dedicated to the Zero network undertaken by the Guggenheim, Stedelijk, and the Zero foundation in Düsseldorf. The New York show’s dual focus is the German artists’ group Zero – comprising Heinz Mack, Otto Piene, and, from 1961, Günther Uecker – and the larger international network of artists with whom they forged connections and organised exhibitions across an intense and dynamic period from 1957 to roughly 1967.

Mack and Piene met while studying painting at the Düsseldorf Art Academy. In 1957, they selected the name “Zero” for their artists’ group, not as an expression of nihilism, but to convey their ambition to restart, to find a new beginning and direction for art. Their experiments developed out of painting, but quickly came to encompass a vast range of media, from sculpture to installation to nascent performance. They set themselves against the dominant trends of Abstract Expressionism from the United States and Art Informel and Taschisme in Europe, drawing inspiration instead from the monochrome canvases of Yves Klein and Lucio Fontana, artists with whom they also would collaborate in group exhibitions. What drew together the artists whom scholars have recently begun calling the “Zero network” was their desire to use novel materials drawn from everyday life, nature and technology and to develop innovative techniques and formats. The vast network facilitated the exchange of ideas, serving, in part, as a way to help mend the deep rifts caused by the second world war.

Organised loosely chronologically, the exhibition focuses on moments of exchange and collaboration that define the Zero artists’ shared history. The exhibition begins in the High Gallery with a restaging of the landmark 1959 exhibition Vision in Motion – Motion in Vision held at the Hessenhuis in Antwerp, Belgium. Canvases are suspended from the ceiling by thin wires and Daniel Spoerri’s kinetic sculpture Auto-Theater (1959; refabricated 2014) turns methodically, inviting the visitor to read the rotating text and marvel at the distorted features in the highly reflective sheets of metal. The room has been painted black and strong spotlights illuminate the individual works and draw attention to the artists’ names stencilled on the floor: Mack, Peine, [Dieter] Roth, [Jean] Tinguely and Uecker, to name just a few. Although Klein created no material work for the exhibition, his participation is acknowledged in these stencilled letters, an installation conceit surely borrowed from Klein’s own act of writing his name in pencil on the spot where he stood in the gallery to deliver his performance on the opening night in 1959.

The artists in the Zero network are connected by their shared exhibition history, by the publications they produced together, and by their moments of creative exchange. The restaging of the 1959 Antwerp exhibition perfectly captures this thesis and is a brilliant introduction to these concepts. Sadly, the exhibition starts to sprawl quickly: there are too many names, and connections between protagonists are difficult to follow. In her catalogue essay, curator Valerie Hillings clearly and meticulously outlines the connections and traces a clear history for this motley network, but this precision has not continued over into the didactic material. At times, Klein and Fontana, whose work is so immediately recognisable, overshadow many of the lesser-known artists, including arguably the three main members of the Zero group.

But there are also moments when the affinities between these artists are brought together to brilliant effect. The section devoted to works created by burning, cutting and nailing is one of them. Here, the juxtaposition of Mack’s punctured and dimpled aluminium works next to Fontana’s sliced canvases is perfection. Jef Verheyen’s drawings created with soot on paper convey a ghostly delicacy; the marks seem to barely touch the page, as if a soft breath would unsettle them. Klein’s Untitled Fire Painting (F 81) and The Mark of Fire (F 85),too, seem to capture a sense of potential movement as if the flames would continue to darken the painting, eventually breaking through it. The elliptical holes cut out of the canvases of Dadamaino evoke the amorphous forms found in Hans Arp’s Surrealist work.

Mounting an exhibition such as this is a challenge, and the Guggenheim should be applauded for tackling such a complex and under-represented subject. Shows that take what you thought you knew about postwar art and throw it open to expose new areas of complexity are few and far between. 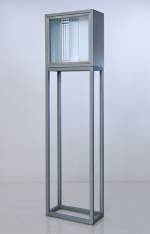 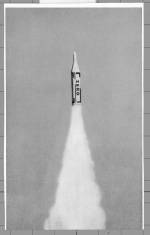 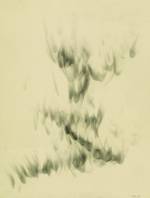 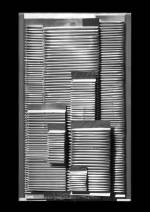 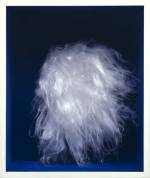 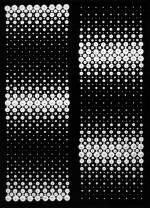 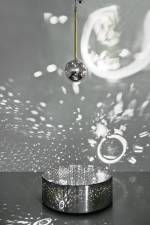 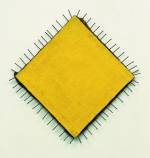 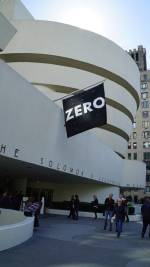