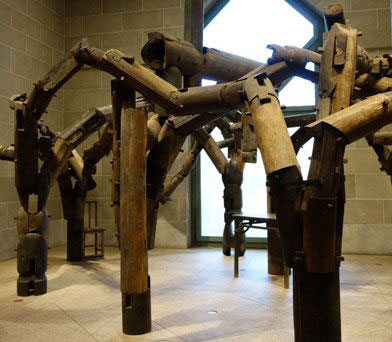 Working with a team of skilled carpenters, Ai turned pillars and beams of ironwood salvaged from several dismantled Qing dynasty temples into a large-scale, seemingly chaotic work, which he calls an “irrational structure”.