The NeoCraft Conference held in the Nova Scotia College of Art and Design University in Halifax, Nova Scotia, at the end of November had a very ambitious programme, ranging from looking at the traditions and innovations in aboriginal crafts in Canada to 'Craft and Utopian Ideals', 'Craft and the Political Economy', 'Craft and Modernism', and 'Cultural Redundancy and the Genre under Threat'.

As the three-day conference progressed, it became clear that there were two main themes: a theoretical discussion about the meaning of 'crafts' and their relationship to art and design in the 21st century; and the practice and processes relating to how craftspeople work and survive today.

The academic discussion began with a keynote speech given by Paul Greenhalgh, President and Director of the Corcoran Gallery and the Corcoran College of Art + Design in Washington, DC, who claimed that, for the past 40 years, crafts have been in a state of confusion and disarray. Indeed, had it not been for Postmodernism, he said, the decorative arts would now be in a desperate state.

Crafts, he continued, had reached their apogee at the end of the 19th century, when they were seen as opposed to mechanisation and as part of a utopian ideal associated with William Morris. However, their position was compromised by the arrival of Modernism after the First World War, and by the confusion between craft as politics and craft as decorative art. Then, following Postmodernism, the utopian ideal had been attacked and replaced by concerns connected to race, gender and class, leading crafts to return to their historical sources and become eclectic and populist. And now, in the new age of information technology and worldwide urbanism, new kinds of crafts were needed to go with this new world. Exactly what these are, he did not say, apart from his assertion that they must be 'poetic'.

One of Greenhalgh's claims - that the crafts were anti-modern (and anti- machine) - was challenged by Krista Bennett of Queen's University, Kingston, Ontario, who said that this was because of Nikolaus Pevsner's emphasis on how 19th century crafts looked back to the Middle Ages and Diderot's belief that craftsmanship was of a higher order than the mechanical arts, as well as because of the mistaken belief that Morris was against the machine. To him, what mattered was its misuse and the displacement of people: he did, after all, design carpets that were machine-made.

How crafts were perceived, in North America at least, was discussed by Wendy Landry of Concordia University, Montreal, who blamed the practice of the crafts at the Bauhaus in Weimar and the theoretical position taken by Cranbrook Academy of Art in Michigan for a bias against functional and technical qualities in favour of aesthetics. Even social, political and economic influences on the crafts were given little value. 'Should it matter if crafts are considered as belonging to the visual arts if factors such as structure, texture and technical qualities are unimportant?' she asked.

But there was another concern, that of the use of the word 'craft' itself. Larry Shiner, Professor Emeritus of Philosophy at the University of Illinois in Springfield noted how, in 2002, the 50-year-old American Craft Museum in New York had changed its name to the Museum of Arts & Design, reflecting both uncertainty about the meaning of 'craft' and the enormous social and economic power of consumerism today, which has shifted emphasis from the quality of products to the ability to produce. This has underlined the polarity between body and mind and stressed the importance of objects. However, as objects turn out to be unsatisfactory, so new ones are required.

However, Professor Shiner welcomed the arrival of slow movements in food, transport and cities that also include crafts that, because of their uniqueness, provide emotional durability. Thus, one value of crafted objects is their encouragement of aesthetic contemplation. Another is that they may regain the political significance given to them by Morris. And even if the word 'craft' disappears, Professor Shiner said, craft practices will survive.

The current state of craft practices formed the second theme, expressed most vividly by the film by Cathy Martin, a native Canadian, showing the work of aboriginal craftspeople in Canada. Shot mainly in rural locations that seemed worlds away from the discussions about the relationship between crafts and digital media that was also part of the conference, the film featured beautiful ash baskets by Peter Clare, some with so many handles that they became impenetrable, thus denying that they were made for use: 'I realised that my baskets didn't have to carry water or berries, but they carry meaning. I have to explain them a lot because people are not used to baskets trying to say something.'

The film also showed Ned Bear's slightly abstracted and well-rounded forms of female figures carved in wood, whose enclosed postures reflected uncertainties about the position of aboriginal cultures today. There were also paintings by Alan Syliboy inspired by petroglyphs, and both proved that defining the crafts was as difficult and perhaps more problematical for the group known as Canada's Nations in a Circle as it is for anyone else. Indeed, as far as Canada's aboriginals are concerned, their creative output depends on dreams, on personal vision and on their willingness, 'To let it happen, to trust one's own instincts'.

The current state of non-Western craftspeople was also described by Uma Chandru of the Srishti School of Art, Design and Technology in Bangalore and it seems that there, as elsewhere, traditional craftspeople such as those who hand-dye silks for saris earn a pittance and cannot compete with commercial mills. But, conversely, Karen Urbanek, a fibre artist from Piedmont in Calfornia, talked about how teaching dyeing techniques to local people as far afield as Armenia, Bolivia and the Philippines has brought both cultural and economic benefits. Local conditions are clearly very important.

However, really successful stories were told by Grace Cochrane, former curator of the Powerhouse Museum in Sydney, Australia, where (apart from the studio-based craft market not wanting to have anything to do with craftspeople involved with industry or with serial production), many Western craftspeople have established successful practices making furniture, blowing glass, firing pots, designing costumes and using computer-aided design to make bowls and light fittings. And, for a number of them, linking up with component manufacturers in China, Taiwan, Latvia and elsewhere is just part of normal life. The only aboriginal group she mentioned was Ernabella, which uses traditional imagery on batiks and ceramic vases, and as designs for carpets.

Other case histories were provided by Vita Plume of North Carolina State University in Raleigh, who described how some of her students are helping small and struggling carpet mills to keep their markets through new and innovative designs. Juliette MacDonald of Edinburgh College of Art in Scotland questioned how crafts might get involved in helping to save the planet by recycling, an issue that had been touched upon and largely dismissed before her paper. She described the 'Whisky Chair' made by David Trujillo-Farley from disused whisky barrels from Islay in the Hebrides. She thought this was a first use of this material but, in fact, whisky barrel staves were used for the Hobbit-like barrel houses in Findhorn on the north-east coast of Scotland many years ago.

In the final sessions, Love Jönsson of the Göteburg University in Sweden tackled the use of digitally manipulated photoshop images that were then applied to ceramic or textile surfaces, emphasising the need to master tools - even digital ones. Indeed, standardised digital tools may inhibit the maker. What are needed is customised digital programmes specifically designed to meet the maker's needs.

Jönsson also said there is a need to move historical research on the crafts from the late 19th and early 20th centuries to contemporary crafts - and move debates beyond academia. This was a theme picked up by Alan Elder of the Canadian Museum of Civilization in Gatineau, Quebec, who said that from the 1960s onwards, the inclusion of crafts had fallen away in the discussion of visual issues, while the growth of craft galleries, organisations and magazines encouraged crafts to be considered as distinct from fine arts, sometimes even in opposition to them. Following Postmodernism, discussion of the crafts in Canada had become linked to design. There is now a need to develop a discourse about the crafts that is crafts' own.

The discussion of current issues was advanced by Professor Georgina Follett and Dr Louise Valentine, who reported on the five-year research programme called Past, Present & Future Craft Practice now being undertaken at Duncan of Jordanstone College of Art & Design, Dundee University, Scotland. Funded by a grant of £442,306 from Britain's Arts & Humanities Research Council, the programme is designed to analyse the skill, intellect and culture involved in the crafts, looking in particular at aesthetics, the methodological approaches embedded in both historical and contemporary craft practices and the method and processes of decision-making in the crafts.

The first public manifestation of the programme was the conference and exhibition 'New Craft: Future Voices' held in Dundee last July. Delegates to the Neocraft Conference were told that five craftspeople have now been commissioned to undertake projects across the next 18 months. During this period, they will be subjected to intensive questioning about their craft thinking and processes, and this may help to establish new economic models for craft practices in the 21st century. The projects range from creating forms that evolve from a knowledge of physics, film-making, sculpture, craft and design to using digital techniques to humanise jewellery and creating hand-woven textile designs that can then be applied to industrial processes. The results should be ready for a crafts festival planned for Dundee in 2010. 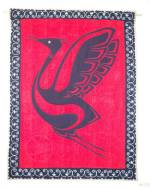 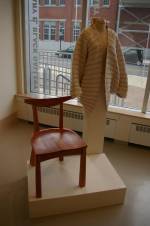