Painter. Mentor. Magician. Otto Mueller and his Network in Wrocław

Painter. Mentor. Magician. Otto Mueller and his Network in Wrocław

Exploring the life, work and artistic times of the German expressionist artist Otto Mueller, this exhibition revives the lively cultural exchange of the early 20th-century between Berlin and Wrocław 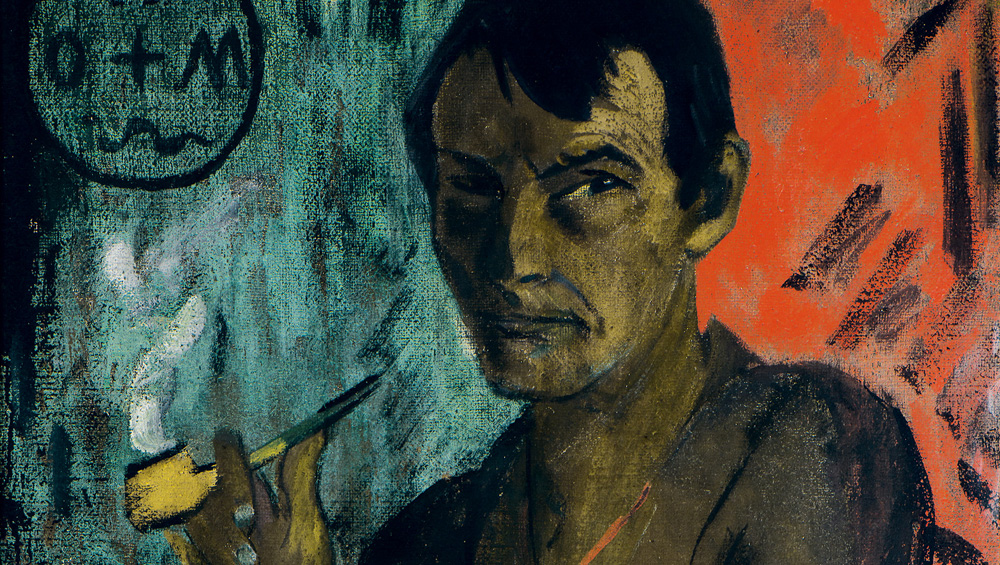 Otto Mueller was born in 1874 in Silesia – then a part of Germany, now a part of Poland. From 1907 to 1919, he lived in Berlin, where, from 1910 until its dissolution in 1913, he was a member of the group of expressionist artists known as Die Brücke. In 1919, Mueller moved to Wrocław (then Breslau), where he taught at the State Academy of Fine Arts and Crafts – deemed to be “the liveliest in Germany” in the 1920s – for more than a decade, until his death in 1930. This exhibition, which shows first at the Hamburger Bahnhof – Museum für Gegenwart – Berlin before travelling to the Muzeum Narodowe we Wrocławiu, is the outcome of a German-Polish research project, and explores the life and work of Mueller, considering him in the roles of painter, mentor and magician, but it simultaneously celebrates the lively exchange between the two cities up to the end of the second world war – and, indeed, beyond. This is done in part through the contextualising of Mueller’s work alongside that of his contemporaries – from the Bauhaus, der Sturm, and the myriad other movements and schools thriving in the early 1900s – but also by the inclusion of so-called “guest exhibits”, spotlighting works of Polish expressionism and neo-expressionism. 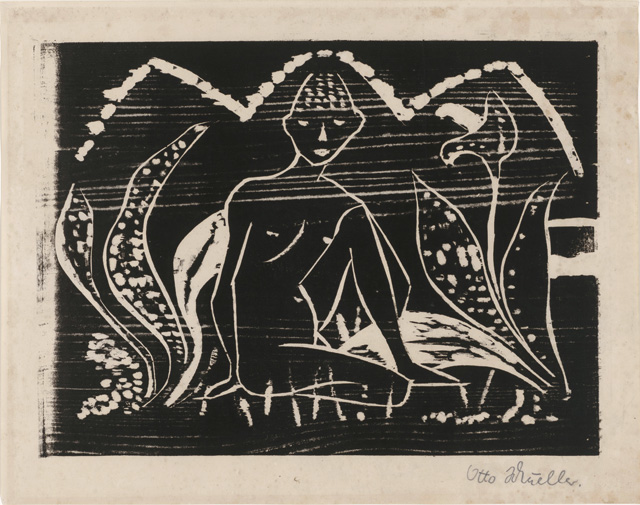 The exhibition opens with a portrait of the art dealer Ferdinand Möller by his wife, Maria Möller-Garny. In charge of the Wrocław branch of the Dresden Gallery Ernst Arnold from 1913 to 1920, Möller is credited with “discovering” Mueller in 1919 when the latter took up his professorship at the Wrocław academy. He included the artist’s works in a group show later that year and Mueller soon became one of the most important artists at the gallery. This portrait shows a painting by Mueller in the background, evidencing the esteem in which the gallerist held him. A nearby portrait of Mueller by Ernst Ludwig Kirchner stems from their time together with Die Brücke and shows the artist with his pipe. Woman in Boat (1910), also hanging in this first room, is one of Mueller’s paintings using distemper on hessian, creating a more fresco-like, rougher effect, flat, subdued, and using pale, earthy colours. Like Auguste Rodin’s Iris (c1895), the figure’s legs are open, displaying her sex to the viewer. It could almost not be painted, so bare is the canvas – an early example of Mueller’s playing with the idea of space, and form versus non-form. This work was widely acknowledged as one of the first examples of Die Brücke painting. This room also includes a number of experiments with woodcut, a technique limited to this period of Mueller’s career. 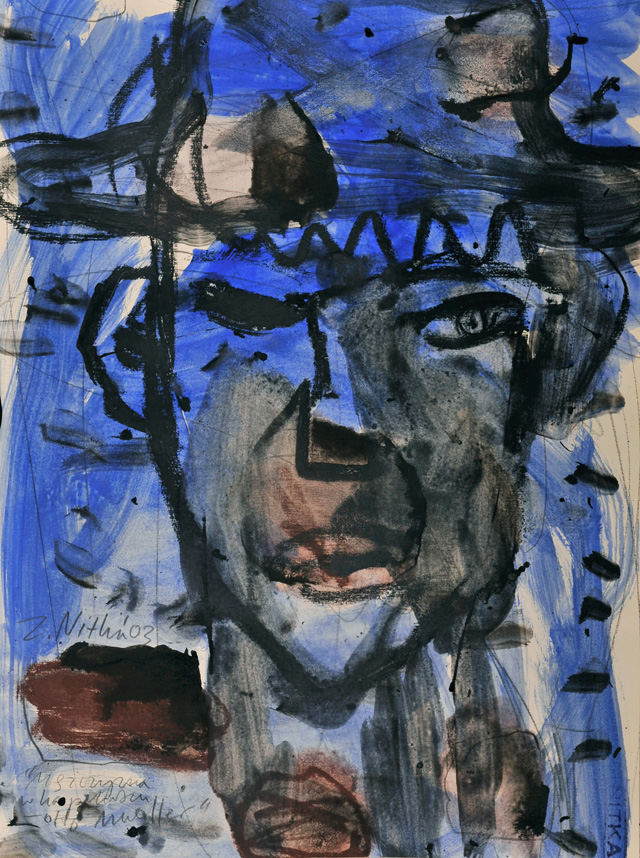 While there are a great number of beautiful works in this exhibition, the fact that it is the result of a research project is apparent, since a huge emphasis is placed on archival material and it is heavy on text – with the catalogue weighing in at a whopping 440 pages! The history of the Wrocław academy – which was closed due to economic measures in 1932 but whose tradition was re-established in 1946 with the founding of an art college on what was now Polish territory – is provided in a handy timeline on the wall, which is helpful because many names recur and the story can become a bit confusing. (Sadly, the timeline is not portable from one room to the next.) Some better-known names crop up, however, such as Oskar Schlemmer, of the Bauhaus, represented by sketches for stage sets and costumes for two operas, made in the style of those for his more famous Triadic Ballet (premiered in 1922), as well as two paintings of the same model – “new woman” Inge von Mande – made by Carlo Mense (the very serious and realist Portrait of Inge, 1926) and Oskar Moll (the colourful and abstracted Model in Repose, c1931), showing the pluralism of styles and influences at the Wrocław academy during Mueller’s time teaching there.

A theme that recurred throughout many of Mueller’s paintings was his interest in gypsy folk. In 1927, he completed a collection of nine colour lithographs, put together as Gypsy File, and from which the cover (Gypsy in Profile) and sheet eight (Gypsy Madonna) are on show here. The sketches for these prints were made during tours of the Balkans, and the figures, heavily outlined in a graphic black, with dark eyes, hair and skin, and narrow eyes, echo the “primitive” style and figures of Mueller’s compatriot Emil Nolde. There is a simplicity to these images, at once beguiling and estranged. The Madonna, for example, with her cartwheel halo and cocked-headed babe, has a long pipe held between her lips – not something you would typically find in Christian iconography!

One section of the exhibition looks at Jewish themes, in homage to the fact that, at the beginning of the 20th century, Wrocław had the third largest Jewish community in the German Empire (after Berlin and Frankfurt am Main) – a cultural diversity that was ended when the National Socialists came to power. The theme of artist as magician – popular in the bohemian and avant-garde circles of the time – is also explored, with the key work being Mueller’s Self Portrait with Pentagram (c1924), in which he depicts himself, with his ubiquitous pipe, wearing the magic symbol used to call up, but simultaneously defend oneself from, spirits. 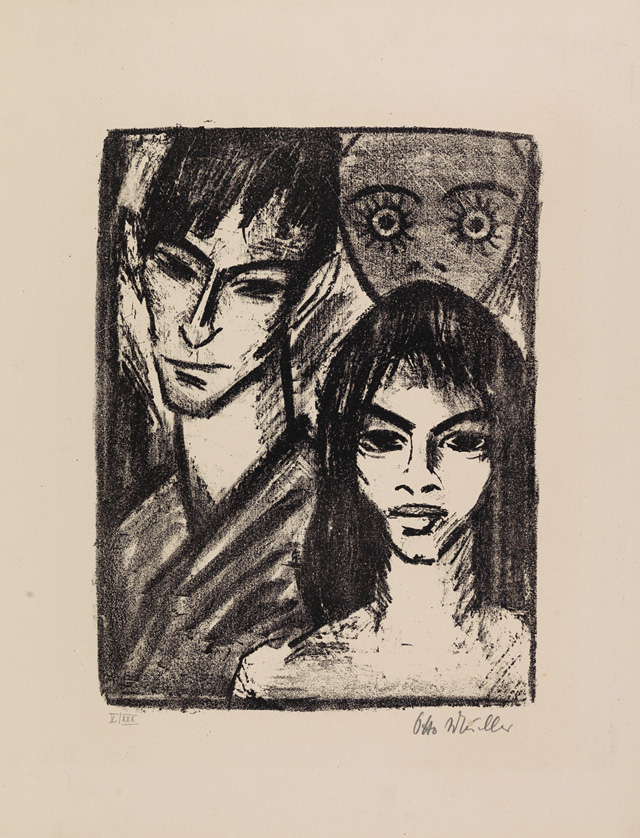 Mueller not only used this emblem of transformation, but also worked with and painted masks, as in Couple with Mask (Self Portrait with Model and Mask) (1921), a lithograph made, it is suggested here, as a means of expressing his melancholy arising from a number of unhappy, or unsuccessful, love affairs. Mueller separated from his wife, Maschka, in 1919, on taking up his professorship. His new love in Wrocław came with a father who opposed their relationship, and his second marriage, to Elsbeth Lübke, lasted only a few years, in spite of the birth of their son, Josef. In the mid-20s, Mueller met the art student Elfriede Timm [whom he married just before his death], who inspired him to create a series of large-format paintings of female nudes, exemplified here by Girl Before Mens’ Heads (1929), and in which his figures finally seem to attain a level of individuality, in contrast to his more caricaturised earlier works, including his gypsy pictures. 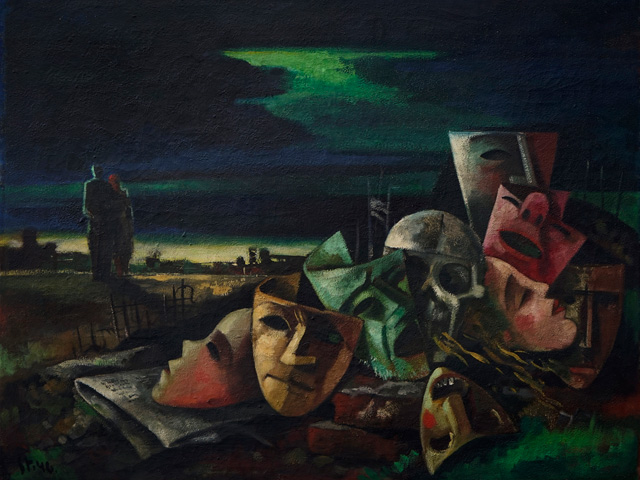 The final room of the exhibition concludes with a showcase of the work of a number of Mueller’s students from the Wrocław academy – albeit with many being shown in photographic reproduction, owing to them having been lost in the war. His influence is flagged up, both by the inclusion of works showing an overwhelming similarity to his style – for example, the angular forms of Grete Jahr-Queißer and Horst Strempel – but also through a number of quotes from his students, recalling his difficult personality and tendency to provoke, but also his humour and lack of prejudice when it came to welcoming female students into the classroom. (“In his class, there were only girls: all of whom were in love with their master,” recalls Johnny Friedlaender.1) It is perhaps Gerda Stryi-Leitgeb who best summarises, with the statement: “He had, however, the gift of being able to communicate the essential. He was able to tell his pupils where art begins.”2 And this is, in a way, the overriding quest of this exhibition – to look back at and start to understand the beginnings of a new form of art and a new cultural exchange – one which was halted by the trauma of the National Socialist era, but which has since been rejuvenated, and, as this mutual research project and two-venue exhibition proves, very much thrives to this day. 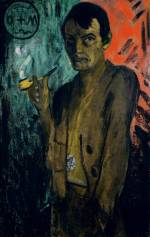 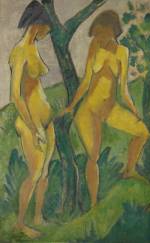 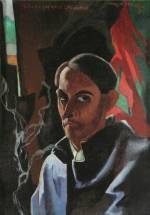 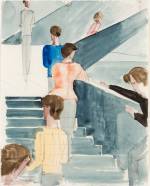 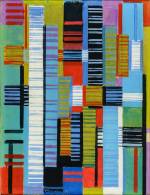 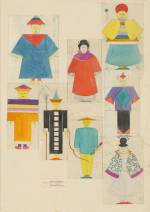