Lygia Pape: A Multitude of Forms

Lygia Pape: A Multitude of Forms

The exhibition gives an insight into the development of modernism in Brazil, a country to which it was an extraneous mode of aesthetic language, developed under the influence of a somewhat slowly spreading wave of international modernism 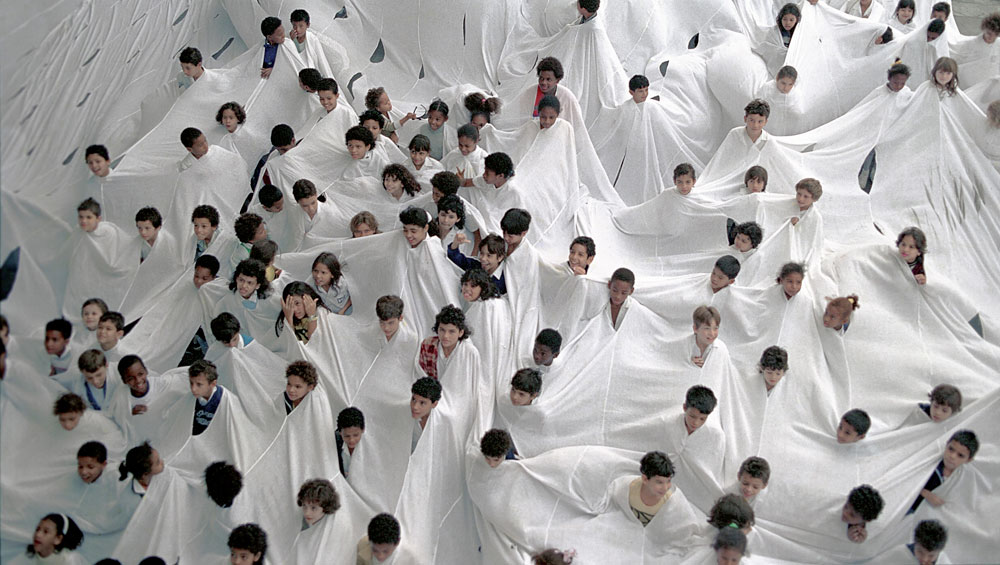 With Latin American art gaining a firm foothold in US museums, Lygia Pape (1927-2004) joins her compatriots Lygia Clark (1920-88) and Hélio Oiticica (1937-80) as a leading artist from postwar Brazil with a major US retrospective, at the Metropolitan Museum of Art, New York. A representative of the neo-concrete movement in the 1950s and 60s, Pape built her practice systematically, borrowing from iconic practitioners of geometric abstraction, such as Kazimir Malevich (1878-1935) and Theo van Doesburg (1883-1931), and integrating it with the postwar modernism of Joseph Albers (1888-1976) and American minimalists. The exhibition gives an insight into the development of modernism in Brazil, a country to which it was an extraneous mode of aesthetic language, developed under the influence of a slowly spreading wave of international modernism. Pape’s approach to her work is unique in its insistence on adherence to the realm of pure ideas on the one hand and persistent attempts to integrate her vision into the chaotic and sensual life of the streets on the other. The path by which Pape entered and used the vocabulary of geometric abstraction and international constructivism was marked by a determined embeddedness in Brazil’s culture and history, to which Pape gave her allegiance, staying in her country even after it was overtaken by a military dictatorship in 1964. During this period, the artist was briefly imprisoned and tortured, narrowly escaping with her life.1

The exhibition traces all the stages of Pape’s career, beginning with her square paintings, reliefs, and blocks, all done between 1954 and 1956, when Pape was a member of Grupo Frente from Rio de Janeiro, which also included Clark and Oiticica, and which initially followed the tenets of concrete art as outlined by van Doesburg. The works from this period are distinguished by hardline abstraction, formalism and uniformity, demonstrated in the prevailing format of a precisely measured, 40 x 40cm (15¾ x 15¾in) squares. In this early stage, Pape explored the degree to which she could introduce spatial ambiguity into the notion of painting by making elements of the work three-dimensional and experimenting with either hanging the work flat on the wall or setting it off against it in such a way that it appeared as a hybrid between painting and sculpture. Pape first attempted to break out of the strict industrial geometry of concrete art in a series of woodcuts made in the 50s. She called them Tecelares (weavings). There, she experimented with setting up contrasting relationships between figure and ground in order to explore the conditions of Gestalt perception. Very soon, however, Pape’s woodcuts began to look less industrial, because of her efforts to reveal the grain of wood as an essential element of her representational language. For example, her Tecelar from 1956 would remind us of Frank Stella’s slightly later black paintings, such as Die Fahne Hoch! (1959), were it not for the fact that Pape and Stella’s goals were diametrically opposed. She set off the grain of wood against the starkness of geometric lines, whereas Stella concentrated on reducing painterly language to a minimum of its expressive means. Pape’s emphasis on the revelations of the “natural,” non-uniform, uncontrolled element is more evident in her Tecelares from 1959 and 1960, in which the grain becomes more prominent and integrated into the work’s structure.

The artist’s prompt departure from the strictness of concrete art and her joining, together with Oiticica and Clark, of the neo-concrete group was proclaimed in a manifesto. There, the newly formed group declared its separation from “Concrete rationalists” who “view the individual as a machine among other machines” and their support for the integration of the notions of “time, space, form and colour” into the “notion of the work”.2 They also asserted their belief “that the ‘geometric’ vocabulary it utilises can render the expression of complex human realities”. This declaration freed Pape, along with other members of the Brazilian avant garde, to experiment widely with their artistic imprimatur. In Pape’s case, it encouraged her to venture into the areas of language, performance and film, in which she excelled. In her poem-objects, such as Come (1957), for example, she expressed an imperative action indicated by the title in the very form of the work. In Ballet Neoconcreto I (1958), she encased dancers in white cylinders and orange rectangular boxes and had them move on the stage accompanied by music. This performance was inspired by a poem by Reynaldo Jardim, in which the words olho (eye) and alvo (target) were used as spatial markers over several pages. In Ballet Neoconcreto, Pape attempted to bring the formal elements of Jardim’s poem into a three-dimensional space. The performances are recorded and can be viewed in the exhibition on two video monitors. The slow motion of the geometric shapes appears carefully choreographed, but does not translate well on the screen, where the methodical change of their configurations makes them look like screensavers.

In her subsequent work, Pape managed to overcome the poor translation of her art into digital format by emphasising the necessity of the viewer’s active involvement with the work. The books she made in the late 50s and early 60s are good examples of this. Her Book of Time (1961-63), composed of 365 square-shaped pieces of wood identical in size but not in design, requires us to walk along them to scrutinise the work and comprehend its scope. Her Book of Creation (1959-60), a three-dimensional collapsible object that exemplifies ideas about creation of the world in visual terms, functions not only when it is looked at in its “passive” state, safely enclosed within an exhibition stand, but also when the viewer/participant handles the piece. Due to the obvious constraints on viewers handling pieces in an exhibition, Wheel of Pleasures (1967) is the only work in this show that the curators allow visitors to handle. Every Sunday, participants are invited to sample brightly coloured liquids in bowls arranged in a circle. In its original version, Pape staged this performance on a beach in Brazil and recorded it in a film, made available for viewing at the exhibition.

In the film, short of teaching us how to experience the work, the artist shows us her version of it. Unlike anything we are likely to observe in museum visitors’ interactions, Pape’s sampling of the liquids is almost orgiastic in its excessive emphasis on the sensual. The liquids drip out of her half-open mouth with her tongue clearly visible, covered with the liquid substance. Pape made this work at the same time as The Egg (1967), a film in which she records herself breaking out of a white cube in which she was ensconced. As these works demonstrate, it is in a documentary, archival photograph and a moving image – video and film – that her art comes to life. A photograph of her performance Divider (1968), for example, became a poster image for the exhibition, showing a sea of children’s faces poking through a large square of white fabric, in which the artist cut holes in the manner of Lucio Fontana’s cut canvases. A video of how to manipulate her Book of Creation both explains and enlivens the original, which the viewer can’t touch. In her experimental films dating from the late 60s to the beginning of the 2000s, Pape both documented her performances and recorded her country’s multifaceted identity, beginning with Rio de Janeiro’s favelas and festivals and ending with the indigenous tribes who populate Brazil. Pape’s lifelong goal to animate her art and make the viewer fully integrated with the immediate moment of its experience culminated in her breathtaking Ttéia 1, C (1976-2004), a giant sculpture/installation composed of beams of golden thread. Displayed in a dark, selectively illuminated space, the work translates into three dimensions the Gestalt principle of figure against ground found in Pape’s early woodcuts. The curators’ close attention to prevalent themes in Pape’s career resulted in a lucid installation that traces the artist’s creative path in a comprehensive and clear manner. 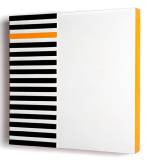 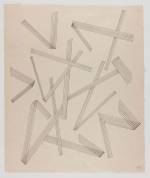 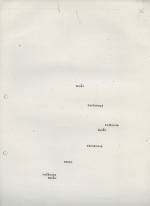