Frieze Art Fair is the UK’s leading commercial art fair and has drawn an international audience of collectors every October since 2003. This autumn marked the 11th edition with an elegant staging of two art fairs.

Situated in Regent’s Park, Frieze London hosted more than 150 exhibitors in an airily minimal pavilion designed by Carmody Groarke. A short stroll away, at Gloucester Green, its sister fair, Frieze Masters, presented “130 of the world’s leading galleries” in a vast tent by New York-based Selldorf Architects. The light palette enhanced the pleasant visual spectacle of seeing rare ancient and modern collectors’ pieces in a tastefully curated environment. During 17 to 20 October, combined visitor numbers across both art fairs were in the region of 70,000 people. The entrance ticket for the pair was £50.

The Frieze Sculpture Park was accessible to the public for free in a beautiful English garden setting. The curator, Clare Lilley, who is director of programme and head curator at Yorkshire Sculpture Park, said: “This year, with the inclusion of works from Frieze Masters, the Sculpture Park has even greater depth and breadth.” Highlights included a distinctive Winged Goat Gargoyle (France, 14th-15th century), exhibited by Sam Fogg, and US feminist Judy Chicago’s vibrant Rearrangeable Rainbow Blocks (1965; Riflemaker). Turner-prize winning Rachel Whiteread’s Detached 3 (2012; Gagosian Gallery) anchored the imagination in the solid cast of a little hut, whereas British-Nigerian artist Yinka Shonibare’s new Wind Sculpture (2013; Stephen Friedman Gallery) stirred the mind with an investigation of the shifting movement of the wind. A path led up to the Danish/Norwegian artist duo Elmgreen and Dragset’s But I’m on the Guest List, Too! (2012; Victoria Miro). This giant, ajar VIP door appeared to question the boundaries between inclusion and exclusion.

At Frieze London, the wealth of art was extraordinary. While it was primarily a space for commercial galleries to do business, it nevertheless presented an opportunity to see great visual culture. A special area was dedicated to Frieze Projects 2013, including seven commissioned projects and the Emdash award. The curator, Nicola Lees, said: “Our approach has been to engage the public with a very playful and performative programme.” The first UK commission by Greek architect Andreas Angelidakis was a platform for all Frieze Projects’ activities: its movable environment had aspects of a theatrical “set” that evolved in real time. A memorable piece was French artist Lili Reynaud-Dewar’s bedroom installation, where she read from her favourite books beside a fountain of bubbling ink. During the fair, the recipient of the Emdash award, Finnish artist Pilvi Takala, who showed the strong video installation Drive with Care (2013; Carlos/Ishikawa), revealed the outcome of her conceptual project: The Committee. Takala gave most of her prize money (£7,000) to a committee of ordinary children (aged eight to 12) from a youth club in Bow, east London, and facilitated their collective decision-making on the project’s scope (http://the-committee.org). This not only enabled the children to learn about the concept of money, but also to be part of a wider social group, as they decided to create a five-star bouncy house.

Participatory artwork was one of the highlights of Frieze London. Across different media, from sculpture to film, there was a trend for artists to invite people to step into their works, literally and metaphorically. Visitors could curl up inside Jennifer Rubell’s fibreglass sculpture Portrait of the Artist (2013; Stephen Friedman Gallery), modelled on the pregnant artist in a classical “odalisque” pose. The sensory environment of the 1973 series Cosmococa by Hélio Oiticica and Neville d’Almeida, presented by A Gentil Carioca, together with film-star projections, an animated soundtrack and balloons, enhanced the fair’s playground atmosphere. The work encouraged the visitor to explore the relationship between the public and the image-spectacle. As did the utopian Groovy Spiral (2013) by Dan Graham, which absorbed people for a moment in its two-way mirror glass pavilion at the Lisson Gallery.

While the shiny excess of today’s neo-liberal culture was a quick visual fix in Jeff Koons’ Cat on a clothes line (yellow), 1994–2001, at the Gagosian Gallery, quotidien objects were a slow burn elsewhere. At the Victoria Miro Gallery, the US representative at the 55th Venice Biennale, Sarah Sze, used everyday materials to create an apparently gravity-defying installation, Untitled (Cairn), 2013. A simple act of switching off the lights was key to the artwork of Japan’s representative at the 55th Venice Biennale, Koki Tanaka, presented by the Aoyama Meguro gallery. Drawing inspiration from postwar Japanese artist Jiro Takamatsu, Tanaka took as his starting point the aftermath of the 2011 Fukushima earthquake and its echoes in the community in Precarious Tasks #7 (2013). With his gesture against electricity dependence, he heightened the consciousness of the social issue of anti-nuclear protest. A real find was Gate S (2013) by French artist Cyprien Gaillard at the Laura Bartlett Gallery. Here frottages of humble manhole covers suggested he had investigated the layers of modernity with the patience of an archaeologist.

At Frieze Masters, an intriguing discovery was The Census At Bethlehem by Pieter Brueghel the Younger (c1611), presented by Johnny van Haeften. The finely preserved painting was largely unknown to the world for 400 years. After it was bought directly from the artist for 200 “florints”, it remained in the same English family for many years and was found by Van Haeften in East Africa. The reinterpretation of Pieter Bruegel the Elder’s masterpiece, held in the Royal Museums of Fine Arts of Belgium, was remarkable for its detail of human expression. Similarly, Henri Matisse’s Femme au chapeau (1939) at Thomas Gibson Fine Art and Alberto Giacometti’s Annette: Venise (1960) at Simon Dickinson Gallery displayed a moving sense of humanity.

Of course, this is a small vignette of Frieze Art Fair. The globalised art market brings rich rewards in the diverse selection of historical and modern artworks. Yet it shows that this year’s art fair had an ability to engage new audiences and different social groups in an extraordinary world of colour. 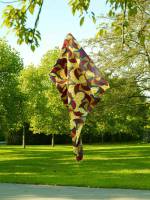 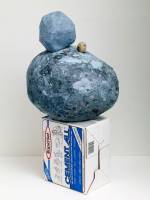