In its fifth year, this leading global prize for digital art has really hit its stride, with a greater diversity and richness of technology and themes deployed to artful ends than ever before 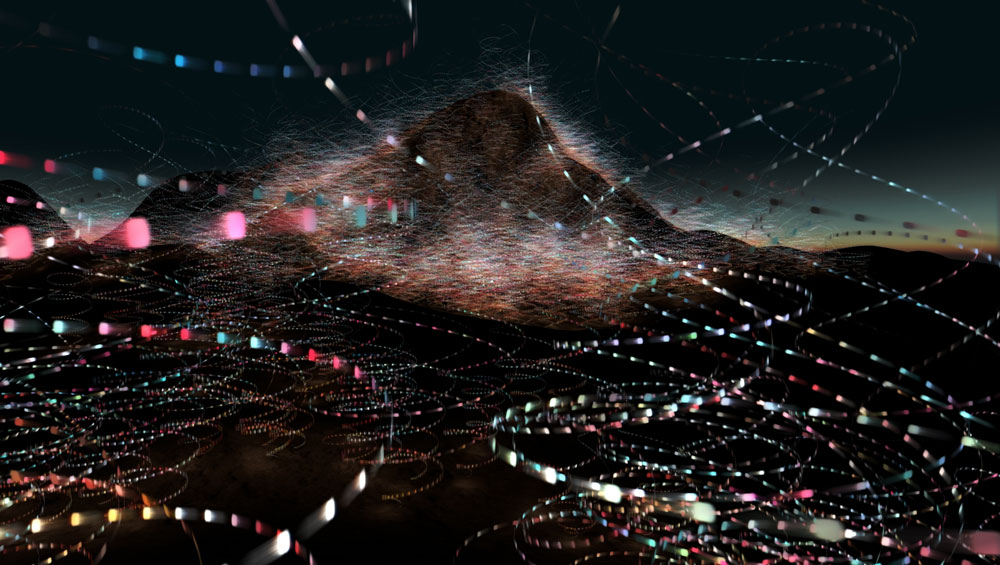 UK critic Edwin Heathcote really nailed the kneejerk reaction of many aesthetes when it comes to the creeping prevalence of digital technology in art and design (film, light art and photography excepted). Admittedly, he was unloading his vitriol on to 3D printing in particular, but he blasted the idea that any medium whose chief talent is its capacity for endless repetition or mechanistic reinvention has anything to offer art. Ultimately, he said, it is merely “an expression of what a computer and a robot manufacturer can do – rather than what people might feel some cultural, emotional or physical connection to”.

In the art world, the seeming reluctance to bring computer or digital art into the mainstream is undoubtedly powered by the reservations that its exponents and advocates may be more excited by the technical capabilities and complexities of the gadgets and software they are working with than the quality of their output – or whether that output says anything about the human condition. However, several of this year’s Lumen Prize award winners do much to argue its case.

The Lumen Prize scheme, which aims to “celebrate the very best art created digitally”, was founded five years ago by Carla Rapoport. An art lover and former financial journalist (specialising in the tech sector), she says: “There has always been a divide between the people who say tech is ruining their life and the people who think it’s the best thing ever. I’ve always been in the latter camp.”

Through her Lumen non-profit social enterprise, she has cultivated connections with the world’s digital arts community, working with media art institutions, advocates and educators to ensure a steady flow of the best work and the most reputable jurists.

At the prize’s five-year point, 2016 seems to represent something of a coming of age: where the first awards scheme had 500 entrants, this year’s had more than 700. Entries from all over the world were so diverse and interesting as to warrant the introduction of specific categories. And, for the most part, the topics that were being interrogated by the work were among the leading socially, culturally and emotionally engaging issues of the day, examined – with the help of digital technology - in new and interesting ways.

One of the most impressive pieces, technically and aesthetically, is the winner of the Lumen Moving Image Award: AfterGlow, by boredomresearch. Boredomresearch is a Southampton-based duo comprising artist Vicky Isley and Paul Smith, who have worked together since 2000 making beautiful and computationally sophisticated artworks inspired by the diversity of nature. AfterGlow draws on scientific data from Dr Paddy Brock, a mathematical modeller of infectious disease transmission who has used analytical tools from ecology and epidemiology to explore the transmission patterns of a malarial parasite that can jump from monkey to human. AfterGlow places the viewer in a twilit tropical landscape, immersing them in looping trails of ethereal light, intended to represent both mosquito migrations and pockets of malaria-infected blood carried by Macaque monkeys as they roam the island looking for food. The piece’s refined, delicate expression makes it all the more haunting as an exploration of disease and environment.

Also captivating and original is the work of Wengu Hu (Lumen Prize Distinction for Games), a student at New York’s School of Visual Art. Most unusually, his game Eddy Melody explores the emotional connection between people and music, tracking a group of musicians as they travel the world and encounter a variety of creatures, all of which have their own unique pitch. The storylines are intended to enrich an understanding of how music can impact on wellbeing. A compelling synthesis of Wu’s unique imagery and saturated colour palette with sound, it is an exciting portent for a whole different category of computer games where wellbeing, rather than mayhem or world annihilation, is the ultimate goal.

Some prize-winning works are so low-tech (or established tech) that you wonder what they are doing in a specialist digital art competition – such as Lumen Prize People’s Choice Award winner KIM Chaeyon, of South Korea. Her piece, Capitalism is a simple and eloquent Photoshopped meditation on the dominant economic force: a haunting image of a woman cocooned in a landscape of shopping receipts. It is a powerful image, and perhaps its inclusion here is to demonstrate just what a broad church digital art can be – to show how inclusive and accepting this community is, unlike the wider art community.

In contrast to this, Jon McCormack’s work Fifty Sisters (winner of the Lumen Prize Still Image Award) appears simple, but is derived from an incredibly complex computational process. The work depicts a speculative plant form that McCormack has created from 50 1 metre x 1 metre images of plant-forms, which have then been algorithmically “grown” from computer code. Not just pretty, the image is also political: each form bears the graphic elements of an oil company logo. The title is a reference to a cartel of seven oil companies known as the “Seven Sisters”, which dominated the global petrochemical industry from the mid-1940s until the oil crisis of the 70s.

The dominant pop-cultural obsession with selfies is wittily explored by Carla Gannis, with her Lumen Founders’ Prize Award winning work The Selfie Drawings, comprising 52 digital drawings completed over the course of a year and shared via social media channels. Gannis, who is assistant chairperson of digital arts and an assistant professor at New York’s Pratt Institute, also used these drawings to create an augmented reality “book” using Blippar technology. When viewers use the Blipppar app to hover over a static drawing it “blips” into life. The judges liked the way this work interrogates and celebrates the performative aspect of the selfie.

There are, however, works that are as high on technical wizardry and superficial impact as they are low on meaningful content. For example, Seb Lee-Delisle’s Laser Light Synths, winner of the Lumen Prize Interactive Award, is a large-scale interactive light installation that allows anyone – including casual passersby - to “play” the buildings around them in light and music. Four custom-made LED synths are linked to powerful lasers that can project a dazzling interplay of music and light over interior or exterior environments. The synths use a bespoke musical scale, which ensures they remain in harmony, whoever is at the controls. Cool and great fun for the user, it does, however, bring Heathcote’s comment above to mind: endless robotic repetition or reinvention does not necessarily equal art.

The same doubts could be levelled at Sculpture Award winners Esther Rolinson & Sean Clark. Rolinson, an artist, worked closely with Clark, a programmer, to create a scalable cloud-like structure of 800 hand-folded acrylic pieces, animated by a controlled lighting system that washes the structure in a delicate palette of pastel hues. The lighting responds to the environment, and can also be linked via the internet to other versions of itself, creating an interconnected network of pulsing light structures. But the obvious question is: why? A Henry Moore animated by lots of pretty coloured lights is still only a work of art because of Moore’s creation. And the cloud structure, though fascinating with its subcutaneous play of light, is really just decorative stuff.

Similar reservations could apply to the Lumen Prize Mixed Reality Award, Nature Abstraction, an immersive sensory experience by London-based trio Matteo Zamagni, Daniel Ben Hur and David Li. Inspired by fractals – the repetitive geometric forms found in nature and biology – the trio have created three distinct virtual environments (Birth, Communion and Aether) which are processed via Google’s Deep Dream and experienced via a virtual reality headset. But the work has a hypnotic and affecting beauty, thanks to the sophistication of both visuals and soundtrack, melding to create their own unique environments, which elevate it to a hypnotic kind of digital sculpture, rather than merely a cool 21st-century lava lamp.

In any pioneering sector, allowances have to be made for technical breakthroughs. And the Gold Award winner certainly is that. It went to an Italian team, artist Fabio Giampietro and programmer Alessio de Vecchi, for Hyperplanes of Simultaneity. This innovative work used virtual reality to allow the viewer to appear to step into a painting of a towering cityscape. When the viewer dons a Samsung Gear VR headset, the towers appear to topple in towards them, messing with their sense of perspective and location. Although the resulting visual resolution was less seductive or finely wrought than the other VR winner, Nature Abstraction, it represents a major leap forward in technology. As Rapoport said at the awards: “Using a VR headset to view a painting … is a first for Lumen – and perhaps for any art prize.” But is it the technology that is being celebrated or the art?

Ultimately, the Lumen Prize gives welcome exposure to some of the most cutting-edge and interesting solo and collaborative work happening at the margins where art and technology intersect, and that is undoubtedly a good thing. As Rapoport says: “I think until digital art is really given a proper platform in the contemporary art world, there needs to be a prize to shine a light on what they’re doing and build audiences. Otherwise, people see it as a kind of funfair. Or they see it as a gimmick: here today and gone tomorrow. An award like Lumen will help to make it a serious genre.” 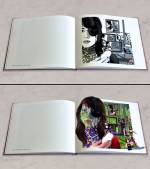 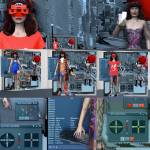 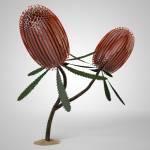 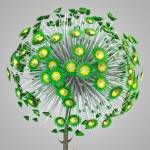 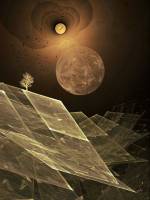