Toshiyuki Inoko: ‘We are exploring the ways in which the relationships between people can be changed through art’

Toshiyuki Inoko: ‘We are exploring the ways in which the relationships between people can be changed through art’

The founder of teamLab, an interdisciplinary group of ‘ultra-technologists’, explains how digital technology can expand art and remove the barriers between the work and the viewer 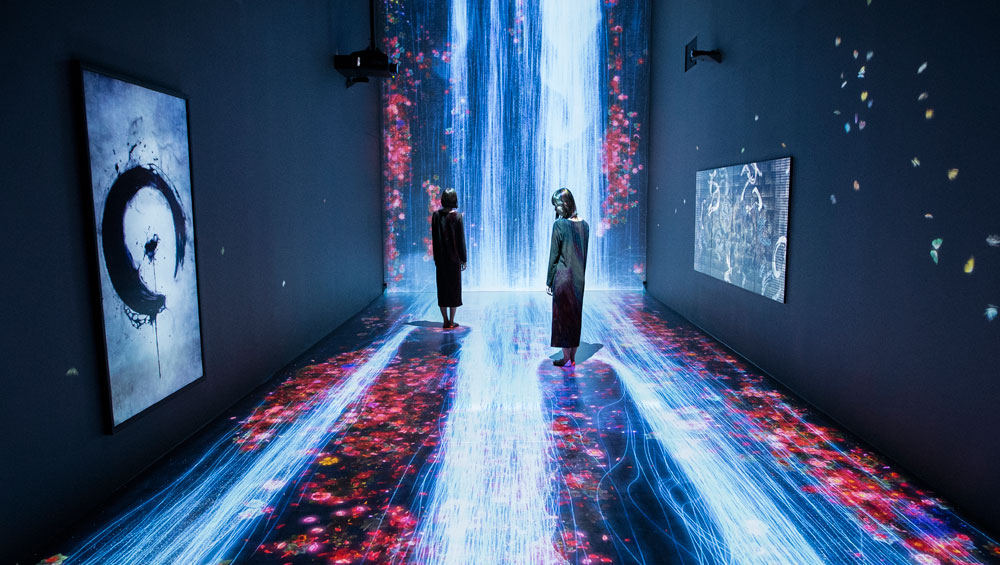 Toshiyuki Inoko (b1977, Japan) founded the digital art collective teamLab in 2001, after studying engineering at the University of Tokyo. Over the past 16 years, the group, which now boasts more than 400 members, has produced projects and exhibitions that have explored the convergence of technology, art and nature. Members come from a variety of disciplines, including architecture, science and design. Most important to Inoko and his colleagues, perhaps, is how digital art impacts on the relationships between people.

TeamLab’s current exhibition at Pace London, Transcending Boundaries, includes a virtual waterfall that extends from the gallery wall on to the floor, sea waves that have been created in a three-dimensional virtual space and projections of blooming flowers that grow or decay depending on how the viewer moves within the gallery. All three installations situate the viewer directly within the artwork’s sphere, pointing to the significance of bodily immersion in teamLab’s outlook.

Following their show at Pace London, teamLab will present exhibitions in Dubai, Japan and Texas later this spring.

Allie Biswas: What were your reasons for forming teamLab in 2001? How did you all come together from these different disciplines?

Toshiyuki Inoko: I founded teamLab in 2001 with several of my friends, as a space of co-creation. It was the year we graduated from university, and most of the initial members were programmers, designers and engineers. We were creating art installations from the beginning, but didn’t have opportunities to present them. We couldn’t imagine how to sustain our art production as a team economically. On the other hand, we believed in the power of digital technology and creativity, and we simply loved it. We just wanted to keep creating something new, no matter which genre it would turn out to be. And while we took part in various projects to maintain teamLab, we increased the number of technologists such as architects, computer graphics (CG) animators, painters, mathematicians and hardware engineers. Now we have more than 400 members.

AB: You define yourself as “ultra-technologists”. What do you mean by this term?

TI: An ultra-technologist means a person with a “high” level of expertise, who is devoted to creation, such as engineers, programmers, 3D CG animators and architects. The number of people working on a project varies from several to more than 20, depending on the project. We become one by going beyond the boundaries of the specialised fields: we are all united by working and thinking together while creating. There is no single artist. Each project consists of different technologists who have expertise in various fields. Also, we prefer the scientific approach. For example, we are interested in exploring the logical constructs of ancient Japanese or East Asian spatial recognition, and expressing the process of exploration.

AB: What are your views on the growing dependence on technology – specifically computer technology – within contemporary art?

TI: We select and develop optimal technology according to the theme and concept of the work. So teamLab isn’t really focused on technology itself, but rather on the concept of “digital”. We are keen to explore how this phenomenon can expand art. Also, it seems that the main focus for Silicon Valley-originated technology is the extension of the individual mind. Personal computers and smartphones are certainly extensions of the individual mind. Twitter is an extension of a person’s statements; Facebook is an extension of our personal relationships. Because of this, in the digital realm, I think that the will of the self is principle, and it is presupposed that things should be made for personal application. TeamLab wants to expand physical space by using the digital. As a result, the subject, which is mediated by the digital, is not necessarily the self. It may instead be another person, or the self ambiguously contained within a group. These are all good approaches. We want to make something that can be used by a number of people in the same space. And we think that altering a space using digital art can indirectly change relations between people who are occupying that space.

AB: The digital realm, elements from nature, and viewer immersion could be described as the three main areas around which your practice is based. Could you elaborate on teamLab’s intentions?

TI: The digital realm, free from physical constraints, allows for unlimited possibilities of expression and transformation. Digital technology is a tool for change and a platform to express complex ideas and details. Viewers and the environment take on a crucial role in defining and changing interactive artworks. The viewer is an active participant and ultimately becomes a part of the artwork. The boundaries between artwork and viewer become ambiguous. Unlike a viewer who stands in front of a conventional painting, a viewer immersed in an interactive artwork is more aware of another person’s presence. We are exploring the ways in which the relationships between people can be changed through art. In addition, we seek to diffuse the boundary between the self and the world, as well as between the self and others. We call this “body immersive”. With our exhibition Transcending Boundaries, we explore the possibilities that arise when the boundaries between artworks are removed. In other words, we are seeking to eliminate the concept of a boundary.

AB: Your project Digitized Nature, Digitized City focuses on the subject of nature.

TI: In this project, nature itself becomes art. Instead of proposing that art be exhibited in the city, for example, we are saying that parts of the city itself can become art. We can then expand this concept to an entire city, which becomes a huge artistic space, but can still carry out its normal functions. By turning a city into digital art, it may be possible to stimulate positive relationships between people in the city. To reiterate, we really believe that digital art can influence the ways in which people connect within a space.

AB: How have your ideas developed for your current exhibition at Pace?

TI: For this exhibition, we intended to transcend boundaries not only between artworks and viewers, but also between artworks. We unite a group of individual pieces into one immersive experience. In the mind, there are no boundaries between ideas and concepts – they influence and interact with each other. Boundaries are created when ideas and concepts are materialised in the real world. Within the digital domain, art is able to transcend physical and conceptual boundaries. Digital technology allows art to break free from the frame and go beyond the boundaries that separate one work from another. Elements from one work can fluidly interact with, and influence, elements of the other works exhibited in the same space. In this way, the boundaries between art pieces dissolve. Eventually, we would like to release humans from substances.

• TeamLab: Transcending Boundaries is at Pace London until 11 March 2017. 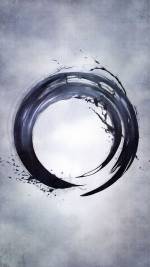