Is serendipity entirely human – or human-driven – or can researchers into artificial intelligence design it into computer programs? Leading “serendiptologists” joined Jasia Reichardt, curator of the ICA’s iconic 1968 Cybernetic Serendipity exhibition, to debate the issue 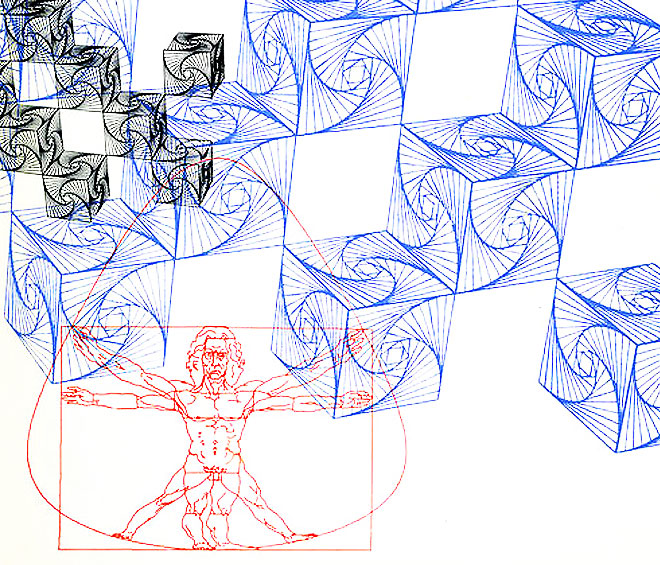 Serendipity Symposium 2017 of the Society for the Study of Artificial Intelligence and Simulation of Behaviour (AISB)
St Mary’s University, London
15 June 2017

So much has happened since London’s Institute for Contemporary Art (ICA) held its iconic Cybernetic Serendipity exhibition in 1968 that there is now probably more that separates the way we humans live than unites us.

To mark the looming 50th anniversary of that groundbreaking art/science/tech mashup, serendipity was the chosen topic for Bath University’s Society for the Study of Artificial Intelligence and Simulation of Behaviour (AISB), for its seventh one-day symposium. And where better to hold it than in the Gothic revival palace, built by the historian Horace Walpole, who invented the term “serendipity” in 1754. His opulent home, Strawberry Hill House, has subsequently been absorbed and expanded into St Mary’s University.

Since Walpole coined the term, it was only mentioned in print 135 times before 1957. Between then and now, it has become an everyday occurrence, and the subject of intense, albeit somewhat niche, interest within the AI community. The aim of the AISB team was to draw together the world’s leading “serendiptologists”, from the fields of computing, the arts, sciences and other fields of cultural endeavour, to see what a further 50 years of research and many great leaps forward in computing technology had yielded.

Jasia Reichardt, the curator of the original ICA show, was one of two keynote speakers, with Nobel prize-winning “professor of serendipity” Pek van Andel as the second. Eight 20-minute talks were interspersed around the keynote presentations, from a variety of academics who are intent on trying to get computers to programme delightful moments of surprise and inspiration, serving up serendipity at the push of a button.

While their efforts at reaching this goal were often heroic, and undoubtedly brilliant within their field – involving herculean feats of semiotic sorting, analogising, categorising, recategorising and philosophising – they have clearly not been successful. Mark Nelson, senior research fellow with The MetaMakers Institute at Falmouth University came closest, perhaps, but largely by redefining (to within computer-friendly parameters) his version of serendipity: “Serendipity is supposed to be driven by unexpected plan successes, expected but uncertain opportunities, and unexpected plan failure.” His driving question was: “Is it possible to have deliberately serendipitous planning?”

His examples included a “serendipity checker” program that keeps assessing whether or not serendipity has happened (if it has, that is good). However, if the machine is designed to generate a thing and that thing is generated, then that is not serendipity; that is planning. He cited a Nasa remote-controlled rover that checks rocks. If it finds a rock it doesn’t expect, it has a certain range of options to enable it to decide whether or not to store the unexpected rock’s data. But that is also, surely, just intelligent programming within broader parameters.

Nelson also described a Deep Space 1 mission of the 1990s, involving an AI powered spacecraft that incorporated a plan for “advantageous failures”. In other words, if the spacecraft encountered something interesting that it wasn’t expecting, it was allowed to go off-mission to find out more (but presumably with human help in the decision-making). That, too, is a kind of planning, within broader parameters.

He and other speakers touched on attempts to get computers to daydream, by disrupting or removing the layers of analysis to generate seemingly random imagery and outputs. Yet the “output” lacked beauty or truth, every time. And I would argue that it is that uniquely human ability to recognise the beauty or integrity of an event that makes it truly serendipitous.

There was a lot of investigation and justification of work that sits firmly within the realm of AI and creative thinking, rather than serendipity, although much time could be wasted in debating the difference between the two. When Henry Ford, for example, wanted to increase the rate of production of his cars, was it serendipity or just good problem-solving skills that led one of his workers to realise that the motorised conveyor belt of cow cadavers he spotted in an industrial abattoir he happened to visit could be translated to mechanised automobile manufacture? Pek van Andel’s philosophical treatise on serendipity also seemed loaded with bright ideas that came through random events accompanied by resilient or creative thinking. Was the discovery of the Slinky (by an engineer who dropped a loosely wired machine coil) serendipity or just lateral thinking?

However, one of science’s most famous examples of serendipity was aired: Alexander Fleming’s accidental discovery of the world’s first antibiotic substance, benzylpenicillin, which arose thanks to his leaving a staphylococci culture to grow mould while he was on holiday, as part of an entirely different experiment. And here Van Andel argued for the human element as a vital ingredient in true serendipity: Fleming’s concern and compassion for the first world war soldiers he witnessed dying unnecessarily from infected wounds was a key factor in his mental and human wiring – generating that great leap forward towards a miraculous solution derived from unexpected sources.

There was much to admire in the diligence, the resourcefulness and doggedness of the AI community sharing their findings here. Such great lengths have been gone to so that computers do to order what humans seem to conjure effortlessly, when their attentions and circumstances align. But it did raise the question: why? And in one post-talk brainstorm, the panel was asked: can we create computerised serendipity? To which speaker Colin Johnson, associate dean of sciences at University of Kent’s School of Computing, replied: “Are you asking, do we want to or why should we?” Either way, he admitted: “I don’t have an answer to that yet.”

Some approaches had their attractions – for example, Johnson’s own investigation into whether building shoddiness into computer programming could be a mechanism for serendipity generation. He noted that: “Things like search engines and information retrieval, as they get more precise, their potential for being mechanisms for inspiring human serendipity reduces.” This line of inquiry, he says, was inspired by the oddities thrown up by his own Google search of the term “blank”. He showed us the results: about half a dozen screen-grabbed pages offering blank music scores, blank pieces of paper and an image of a pile of blank cartridges. This collage Johnson described as an “artwork”. But there seemed little art to it.

In this context of so much effort clearly being applied, often with little or no insight/or overriding ethical, cultural, philosophical or aesthetic purpose, Reichardt’s talk was salutary. She opened with her own definition of Serendipity: “For me, serendipity is something that can’t be computerised, systematised or anticipated. It is something that happens when you’re waiting for something else.”

Her talk focused on the 1950s, because the spirit in which she curated the Cybernetic Serendipity exhibition was inspired by that decade – a decade “with an undercurrent of excitement”, when everything and anything seemed possible. “Today, few innovations are as unexpected as those new ideas in the 1950s,” she said. What was the 1950s like? She gave us a few poignant snapshots: fibreglass was the most advanced new material, the largest TV screen was 27in (69cm) and was framed by a huge cabinet the size of a family fridge, and there was great excitement over the invention of a portable radio.

Out of this fertile cultural and intellectual soil came kinetic art – pioneered by the likes of Jean Tinguely, Naum Gabo and László Moholy-Nagy. It attracted engineers and scientists, who introduced electronic elements into their artworks. Disciplinary silos melted away. Artists worked alongside writers, engineers and composers, and choreographers were quick to seize on the excitement and novelty that came from blending their human performers with programmable sculptures and light. Japanese avant-garde collective Jikken Kobo led the way here, generating experimental events and ideas from its 48-strong Workshop Studio, where few people had any professional training in the disciplines they now explored. In London, the remarkable but short-lived Gaberbocchus Common Room, launched by Czech artists Stefan and Franciszka Themerson (from 1957-9), brought scientists and artists together for weekly conversations, talks, and events where electronics were married with music, poetry and film, exploring the fascinating new overlapping landscapes of science and art.

It was the spirit of play and improvisation that the (then) basic electronic interactions with light, movement and sound generated that excited the artists and their audiences, and which percolated through to the ICA show. As Reichardt says: “Since cybernetics and computers involved random systems, the exhibition (was) about happy, chance discoveries with the computer.”

Experimentation was both the journey and the destination. What underpinned her selection of 130 works by composers, engineers, artists, mathematicians and poets, says Reichardt, was an innocence and curiosity about what wonderful things might happen when different disciplinary worlds collide.

That spirit is long gone, she concluded, and there is nothing she can conceive of now that could generate that sense of wonder. The difference between then and now, she said, is: “Technology has become a part of us, part of our bodies and our homes … We are losing the sense of difference, the separation between real life and virtual life, between us, the electronic devices that operate on us or with us.”

Whether or not that is a good thing is perhaps a ripe topic for the next AISB seminar. 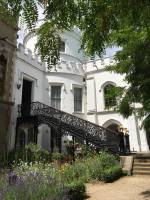 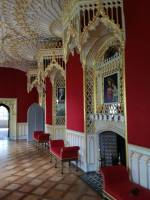 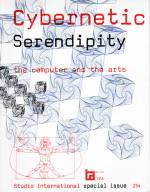