The National Museum of the American Indian

The National Museum of the American Indian

Almost 500 years after the "discovery" of America, at last the original inhabitants are being recognized with a new edifice on the Mall of the United States capital. On September 21, 2004 the National Museum of the American Indian opened to the public, the building designed by Douglas Cardinal, a Canadian Native American architect, and its contents reviewed by natives from all the Americas. 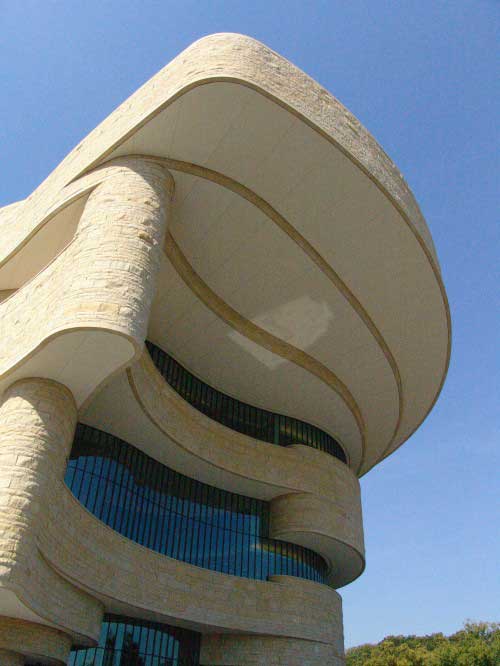 The National Museum of the American Indian (Exterior)

The National Museum of the American Indian (NMAI) had a long journey to where it finally majestically rests. It uses the best and last available space on the Mall, right in front of the Capitol of the United States. The basic collection of more that 800,000 cultural artifacts from the Americas was amassed by George Gustav Heye, an electrical engineer who started collecting at age 22 while working in Arizona, on a railroad construction project in 1896. These objects were given to the Museum of the American Indian in New York (MAI).

In March of 1989 the MAI board signed an agreement with the Smithsonian Institution setting the stage for the new museum on the Mall in Washington, DC. This is now a reality due to efforts by a number of individuals including Sen. Daniel Inouye, Sen. Ben Nighthorse Campbell, Dr. Roland Force, the director of the Museum of the American Indian in New York, the then Secretary of the Smithsonian, Robert McCormick Adams, the present Secretary, Lawrence Small and, most zealously, the Founding Director of NMAI, W. Richard West, Jr., appointed in 1990, who is a Southern Cheyenne and member of the Cheyenne and Arapaho Tribes of Oklahoma.

The five story, 250,000 sq. ft., $219 million NMAI was originally designed by renowned Native American architect Douglas Cardinal, whose work includes the Canadian Museum of Civilization in Hull. Cardinal was selected as chief design architect in 1993, but was fired in 1998. The dispute between Cardinal and the Smithsonian was settled out of court in 1999, but Cardinal was out. A superb Cardinal designed structure could not be finished on time without him, and the museum was scheduled to open in 2002 but took two more years to finally become a reality. One person missing at the opening ceremonies, and from all the literature about the museum, was Douglas Cardinal. He refused to attend but is being given credit for the design.

The NMAI is a peaceful place, a spiritual place, a place depicting history, a place that gives voice to those muted by imperialistic power. Most of all it is a magnificent people's place. It is full of motion, from its textured Kasota limestone curving facade outside to the inner movement of the sun that glows through the circular central skyline. It is surrounded by very big rocks representing the spirits of the ancestors and a waterfall representing rivers and two small bodies of water one to the left and the other to the right representing wetlands. Many native crops and plants grow around the museum. The entrance faces the East, the sunrise.

Inside, there are no square rooms, it flows from top to bottom with no hard edge in sight. Circular spaces surround each exhibit. A visit begins on the top floor, where a circular movie theater shows a shortmovie full of rich vistas and peoples in colorful costumes. The permanent exhibition depicts a brief history of the Continent and displays pottery, gold figures, weaving and other art forms. A number of special exhibits representative of the peoples from North, Central and South America followed. A wall full of guns and rifles are also on display. After going through the historical background of the Native American people, galleries for exhibiting contemporary art are adorned by works by Allan Houser, George Morrison, James Schoppert, and others including Dan Namingha, Frank Lapena, Lucy Lewis, Marie Z. Chino, Tony Jojoya, and Joe Feddersen. It is joy to see the spirit of the American Indian present in this museum.

After going through the entire museum one can choose to sit on benches near the entrance or eat at the café. Museum shops are on the first and second floors.

Having been inspired by the beauty of this unique structure and the number of people lining up to go inside the museum, I went to see and enjoy the festivities that were taking place outside. Concerts, Dancing Circles, and foods with native roots were all part of celebrations that lasted seven days. The first official celebration began with a long procession of more than 20,000 Native Americans in typical tribal regalia representing more that 400 tribes. Afterwards a number of specially invited guests spoke to the participants and visitors, one notable guest was the president of Peru, Alejandro Toledo, who is the first Native American to ever be elected president since the invasion begun in 1492. Toledo said: "It has taken us, my people, 500 years to have this opportunity to finally control the destiny of our nation."

Outside the museum, folklore concerts were being performed, and a very important venue was the Dance Circle Stage. Dance and music groups representing different tribes and countries were invited; two were Peruvian, one called Los Nativos de Isla Taquile headed by Juan Quispe Huatta, the other called Los Galas de Villallaccta headed by Damian de la Cruz (Ccarccaria), they performed "La Danza de Tijeras" (Ccanto Scissor Dancers). Both groups came from remote rural areas, their dark red complexions could only come from working under the searing hot sun and the freezing night winds high in the Andean Mountains. Their feet were cracked and they wore 'alpargates' (sandals) made from old car tires. Both groups were so happy to be representing their people. The shows were spectacular with no room to sit, my heart pounded and my eyes watered from watching and listening to these friends. The scissors dance, which represents the cutting from the oppression of the Spaniards, is a colorful rhythmic and enticing competition between two dancers, accompanied by lovely music coming from a harp and a violin, and is a sensational work of art.

Every year in the US and every other country in the Americas people celebrate the "discovery" of America by Christopher Columbus on October 12, 1492. This day is stamped on every calendar, yet people lived here long before any Spanish sponsored voyage made landfall. It is evident that for most indigenous people in the Americas, this is not a date for celebration. Most were raped or killed by the 'conquistadors.' The sight of the nearby Capitol recalls Congressional refusal to comply with signed treaties leading to eradication of entire tribes. It was stated by one "Chief" at the celebration of the opening of the new museum, "We were here before it was America, and we will be here long after the Statue of Liberty and the United States disappear."

This multi-cultural American Indian Celebration was long overdue, and it was important to have taken place in the capital of the most powerful country in the world. Hopefully it will lead to a reassessment of the achievements of the American Indian, and the many laudable aspects of the culture. 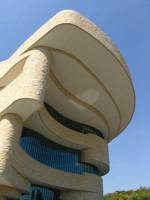 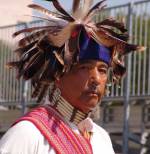 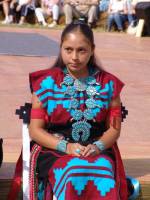 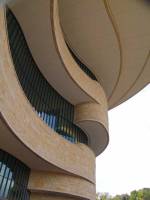 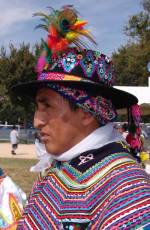 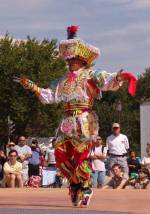