Kader Attia: The Museum of Emotion

Kader Attia: The Museum of Emotion

Attia offers an impassioned critique of the enduring effects of colonialism. Central to the French-Algerian artist’s sculptures, installation, collages, videos and photographs is the idea of post-colonial repair, as both a physical and symbolic act 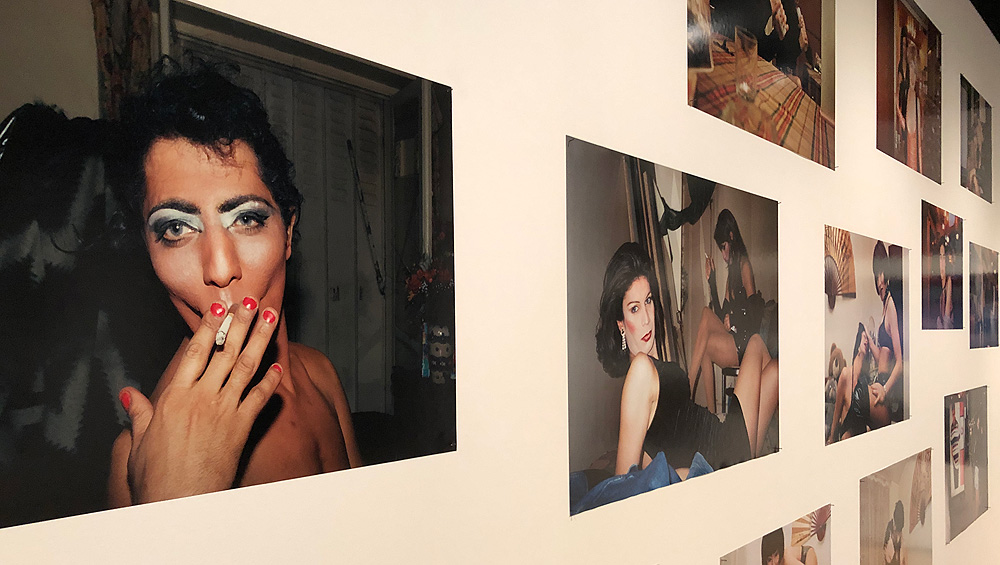 Kader Attia: The Museum of Emotion opens at a time when the subject of colonial restitution has become an internationally publicised issue. In November 2017, on a visit to Burkina Faso, the French president, Emmanuel Macron, pledged to enable the “temporary or definitive restitution of African cultural heritage to Africa”. Macron subsequently commissioned a report from the academics Bénédicte Savoy and Felwine Sarr. Published in November 2018, it recommended that all objects looted during the colonial era be permanently returned to their countries of origin.1

The report and Attia’s practice correspond in many ways (the artist is cited in the text on more than one occasion), most notably in that they address the historical, psychological and political effects of Europe’s colonial legacies, and the complexities of reparations. The report notes that speaking of the restitution of African cultural heritage “is to open merely one chapter in a much larger, and certainly vaster, history”. Yet, questions around restitution also get to the crux of the problem: “a system of appropriation and alienation – the colonial system – for which certain European museums, unwillingly have become the public archives”.

It is this same crux that defines much of Attia’s work: a critique of unabated colonial (western) systems of control and organisation. For example, the artist draws parallels between the colonial treatment of objects in museums and the design of modernist housing blocks, such as the Parisian banlieues where he grew up.

The exhibition begins at this intersection of modernism and colonialism, bringing together a selection of works that point to an incompatibility between the utopian ideals of modernist architecture and the realities of social housing. An Untitled (2013) work resembling a metal, cage-like, architectural model stands opposite the video projection La Tour Robespierre (The Robespierre Tower) (2018), which shows a seemingly infinite scroll of monotonous balconies on a housing estate. Attia draws attention to the alienating and oppressive effects of housing blocks, and of a divided society that pushes its immigrants to the fringes, cultivating an inhumane hotbed of humiliation and exclusion.

In the video The Body’s Legacies, Pt. 2: The Postcolonial Body (2018), Attia deepens his investigation into how descendants of people from former colonies are treated. He speaks to four people, among them a philosopher and a journalist, primarily about the case of Théo Luhaka, a French-Congolese man who, at the age of 22, suffered appalling injuries at the hands of four French police officers in 2017. They discuss the differing public perceptions and opinions that the assault engendered, interwoven with their personal experiences growing up in France and wider analyses.

One of the video’s speakers describes what he calls a “theatre of domination”, and this feels similarly relevant to the western compulsion to exert a sense of order and control in cultural institutions. In Measure and Control (2013), Attia ironically mimics the 19th-century mode of display common in natural history or ethnographic museums. In these displays, objects are classified into arbitrary cultural hierarchies. Non-western cultural heritage is divested of its original significance and co-opted to consolidate western notions of quality and superiority. The artist furthers this institutional critique in his juxtaposition of a taxidermy cheetah with a mask that depicts the animal. The comparison highlights that while one culture chooses to imaginatively depict, the other is predisposed to capture and stuff: a theatre of domination.

The vast installation The Repair from Occident to Extra-Occidental Cultures (2012) also plays with theatrical western modes of display, with its dramatic lighting and resemblance to an archive or museum storeroom. The shelving units and vitrines display hundreds of objects relating to Attia’s research into the concept of repair. 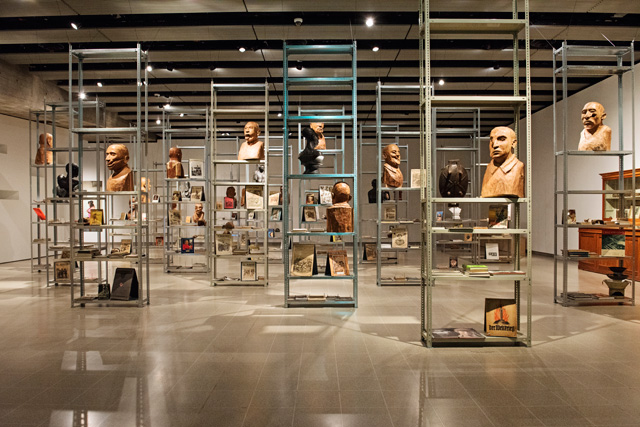 Here, as with the projected slides in Open Your Eyes (2010) towards the back of the installation, he juxtaposes facial scarification with severe, and quite disturbing, facial injuries suffered by soldiers in the first world war. Attia shows two distinct approaches to treating injuries, but also to beauty – traditional societies choose to keep scars visible, while western societies do their best to erase all signs.

Alternative approaches to healing are also explored in the three-channel video installation Shifting Borders (2018), in which Attia interviews mental health professionals, academics, traumatised survivors of conflict, and traditional healers. The narration oscillates between accounts of tremendous suffering and scholarly dissections of individual and collective traumas suffered in Vietnam and South Korea. Together, they explore the therapeutic role played by spiritual and shamanistic practices, offering other possibilities for dealing with trauma, outside the ostensible primacy of western medicine.

The prosthetic legs that surround the screens allude to the exhibition’s concluding video, Reflecting Memory (2016). In this work, Attia considers phantom-limb syndrome, a physical and psychological phenomenon where amputees experience sensations in a missing limb, as a metaphor for unresolved, collective trauma. The Savoy-Sarr report references Reflecting Memory in their chapter Of Compensation and of Reparation. They suggest that restitution can repair “the absence of the objects of cultural heritage and their effect on the collective psyche”. Yet Attia’s video is not so clearcut. While some of his speakers suggest the possibility of healing the pain of mourning, others state that, sometimes, the phantom limb cannot be repaired – there is no effective treatment to stop the pain.

Attia’s work demonstrates the lasting material and immaterial scars caused by colonisation and its insidious spread of influence and control across the present day. He compassionately investigates means of repair through his meticulous research, which he presents through works that are intellectually compelling, but also accessible and emotive. His videos feel notably collaborative, making space for voices that offer alternative modes of thinking, of knowledge. They demonstrate a curiosity that is not tinged by an outsider’s or colonial gaze, but defined by an openness to see the world differently, through the eyes of others.

While the works in the exhibition do not explicitly deal with the restitution of African cultural heritage, it seems significant that Attia’s research is referenced in the Savoy-Sarr report. It demonstrates that the artist’s practice exceeds the traditional boundaries of art, and the healing potentials of his work transcend the gallery’s walls.

Reference
1. The Restitution of African Cultural Heritage. Toward a New Relational Ethics, by Bénédicte Savoy and Felwine Sarr, 2018.