Once upon a time there was a girl called Elisabeth Charlotte Rist who was born in the Alps of Switzerland. While growing up she realised that she saw the world through different lenses from the majority of people. Years later, when older, she renamed herself Pippiloti Rist – paying homage to the fictional powerful heroine of her childhood – and decided to become an artist to share her creative universe with everybody else.

The act of choosing to be called by the name of the character of a popular children’s book1 carries deep significance when grasping the aesthetics of this 49-year-old Swiss artist, whose artworks are conceived so as to transfer the human body to the realm of the imagination. Her artworks create a fluid ambience into which the public is invited to throw themselves without any concern, likewise the fantastic literature for children. Working with video-installations since the late 1980s, Pipilotti has recently been accorded a retrospective at the Hayward Gallery, London that will tour to the Kunsthalle Mannheim Museum in 2012. It is the first time that patrons in both countries, Britain and Germany, shall have the chance to see a comprehensive collection of her oeuvre all together.

The show, wittily entitled Eyeball Massage, presents a myriad of screens and projections that compose more than 30 artworks in mixed media, sound and image. The set of artworks is in fact indivisible, making the exhibition as one to be perceived entire installation. At the Hayward Gallery no one can ever tell exactly where an artwork of hers begins or when it is complete. Pipilotti’s Eyeball Massage creates an intense immersive zone – that may perhaps also be interpreted as a comfort zone – so that when you leave you will certainly be in a different state of mind.

From the early days of her career, Pipilotti has been utilising technological devices to produce videos displayed on a range of media. For instance, in Yoghurt On Skin – Velvet On TV (2009) she inserts small monitors into handbags and seashells, where one can watch and hear the waves or see parts of a dismembered body and listen to disconnected voices. Another uncommon surface on which to project her films is encountered in Lap Lamp (2006), in this work the visitor sits on an ordinary chair whilst travelling scenes of a naturalistic landscape are projected onto the person’s skin. The artistic intention to make the contact and relation between the visitor's body and the images presented on screen is explicit.

Pipilotti’s films are also shown on veils that serve as the basis for the labyrinth formed by the artwork Administrating Eternity (2011) created especially for this exhibition. This artistic maze presents itself as a game of seduction, where visitors are lured by veils that are hung from the ceiling and form layers of images. The game of seduction is completed by the presence of cushions on the floor, all of them in the shape of clothes. The public is attracted by a juxtaposition of projections and encouraged to rest comfortably by leaning on pillows that resemble human-bodies as if someone were consoling or protecting the viewer. In this way, Administrating Eternity gives rise to a place where time and space are experimented in a unique manner. There is a space for contemplation, where time is not governed by external rules, but appears expanded by those who contemplate and surrender to the call of seduction. The slow motion images, which are floating in the air, are captured by a meticulous lens. Again, the videos in loop depict nature in its raw state: goats grazing, cornfields, flowers, someone peeling and eating a fruit, etc. The shots could be part of a scientific documentary due to the inquisitive nature of the camera used, but the editing uses a great deal of subjectivity that provides an immense source of sensorial pleasure.

Besides the state of reverie that is provided by Pipilotti’s works, they also provoke the visitor by comprising from immense images to the absolutely tiny.  She creates a micro-universe to be explored such as the work Your Space-Capsule (2006) constituted by a small-scale recreation of a bedroom struck by a falling star. Selfless In the Bath Of Lava (1994), is a small hole in the floor of the gallery where a monitor shows a woman yelling for help. It refers to the pixel, the lowest level of manipulation of images created by the prevailing current technical equipment. The visitor has to kneel down to hear the miniature woman’s screams, in different languages, eager to be noticed under the visitor’s tread. In the next room, an inverted experience is found: three immense continuous screens showing the video Lobe Of the Lung (2009) with a mirror on the oppositive wall reflecting the film. The only position from which to comprehend the whole work is by lying down on the floor. Pipilotti’s work foments wonder, offering the public the challenge of getting down on their knees for contemplation and subsequently, exposes the enormity of her artistic discourse in, literally, huge proportions. Playing with the disproportionate relation between images and viewer, Pipilotti’s artworks incite an awareness of the body’s presence whether the visitor’s own body or the human figures depicted in videos all over the place. The body is for the artist an object of artistic instigation on and off the screen.

It is important to mention that the experience proposed by Pipilotti’s artistic practice cannot be considered entirely innovative2. Immersive artworks stormed the art scene in the 1960s and 70s. During this period occurred the experimental collective happening called Cosmococa (from 1973) by the Brazilian Hélio Oiticica in collaboration with the filmmaker Neville D’Almeida that introduced the concept of “quasi-cinema”. The work of their compatriot and friend, the artist Lygia Clark, who devoted her practice to research on the experimental engagement of the body in individual and collective situations should also not be forgotten3. Likewise we must take into account the American (born in Korea) artist Nan June Paik whose entire career was dedicated to exploring the interaction between man and video.

Nevertheless, Pipilotti’s practice is not only committed to the participants’ interaction between the body and technology. This is just one of the features that emerge from her retrospective. The artist also addresses a number of other topics to be appreciated under the artistic experience. She touches subjects such as the public and private, feminism and popular culture, poetically. A range of themes that concern everyday life is revealed in a sensorial and fantastic universe, manifested using the finest technological devices. This combination has created a mesmerising and powerful aesthetical phenomenon, in this sense an innovation that must be ascribed in the contemporaneity.

1. Her name derives from the main character of the Swedish writer Astrid Lindgren’s series of books for children: Pippi Longstocking, a girl with superhuman strength who does not want to grow up.

2. At the entrance to the exhibition, the introductory text claims that Pipilotti is a pioneer of the kind of aesthetics where the interaction between body and videos are predominant. However a brief review of the 20th-century’s art history will show that this is not entirely true. There are several other artists that have explored this field before the 1980s when she began her career.

3. In the exhibition catalogue, the curator Stephanie Rosenthal correctly connects Pipilotti’s environment to the piece of The House is the Body (1968) by Lygia Clark. 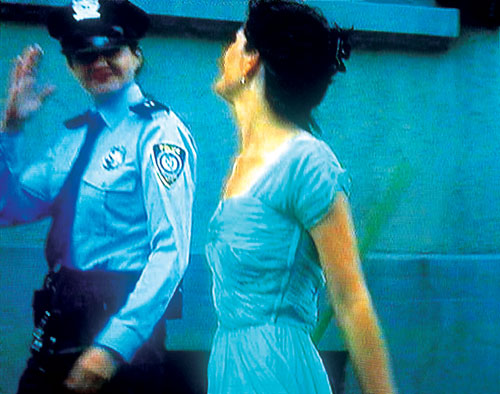 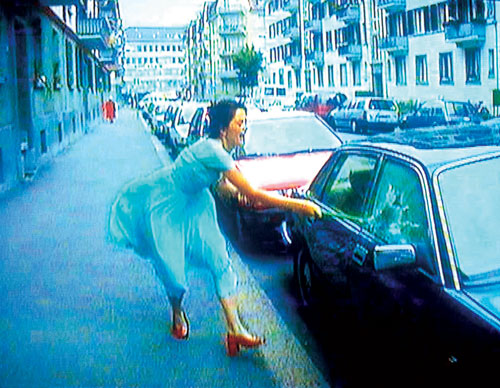 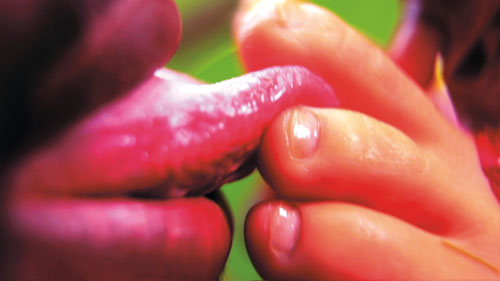 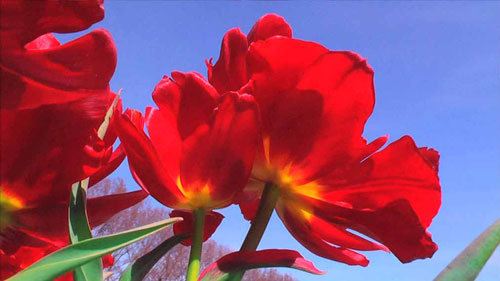 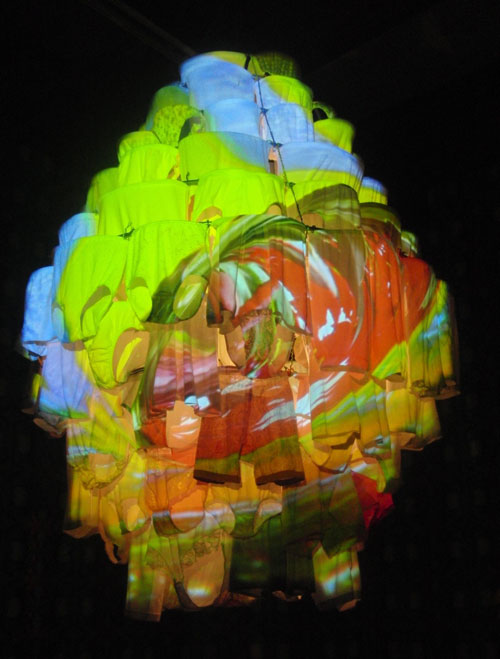 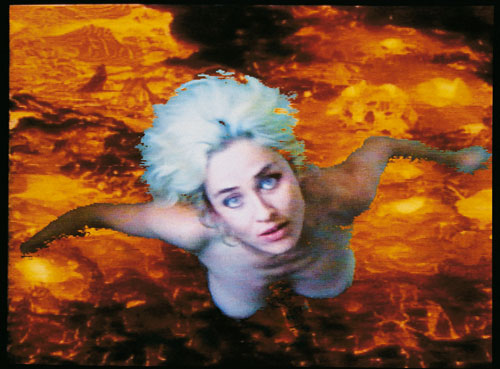