Using films, photo collages and reconstructions, this show brings back to life the pioneering work of the artist-architect who turned art into a social project in 1970s New York 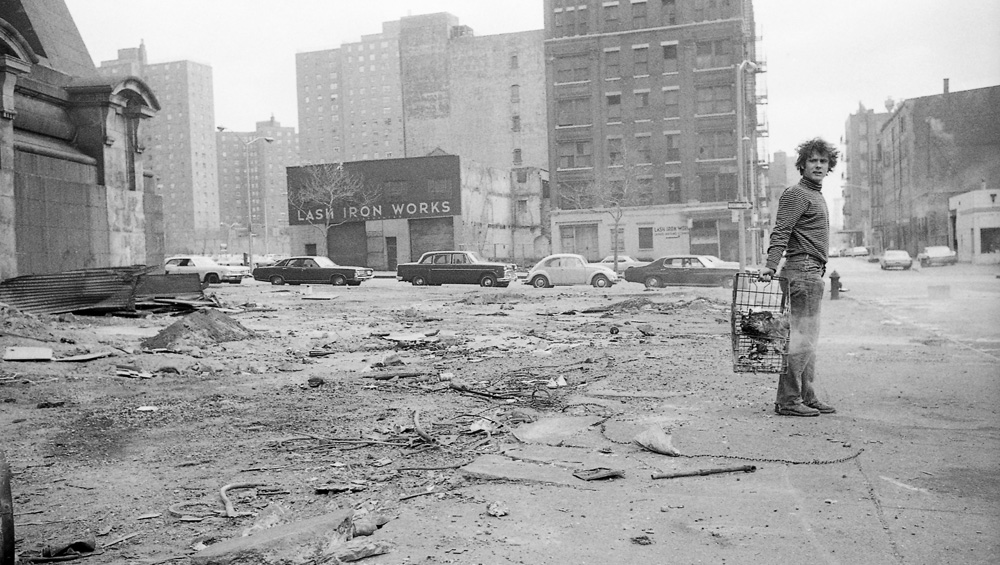 It is a dangerous business to ascribe influence in contemporary art, to organise disparate artists into consolidating rivers and branching trees, often from a vantage point visible only retroactively. Yet there are those figures and moments that, either directly, through osmosis or simply an alignment of concerns, come to appear prescient. Gordon Matta-Clark (1943-78) is one such figure.

The American artist’s brief career, cut short at the age of 35 by pancreatic cancer, seems to point ahead to many ideas that, four decades after his death, have become established aspects of practice. He was a pioneer in turning art into a social project, in the use of architecture as a subject of practice and in the site-specific, interactive installation activated by its viewer. Echoes of Matta-Clark appear in the work of practitioners as different as Rachel Whiteread and Theaster Gates, and in projects as diverse as Tómas Saraceno’s climbable steel mesh installations and Mohamed Bourouissa’s community gardens. 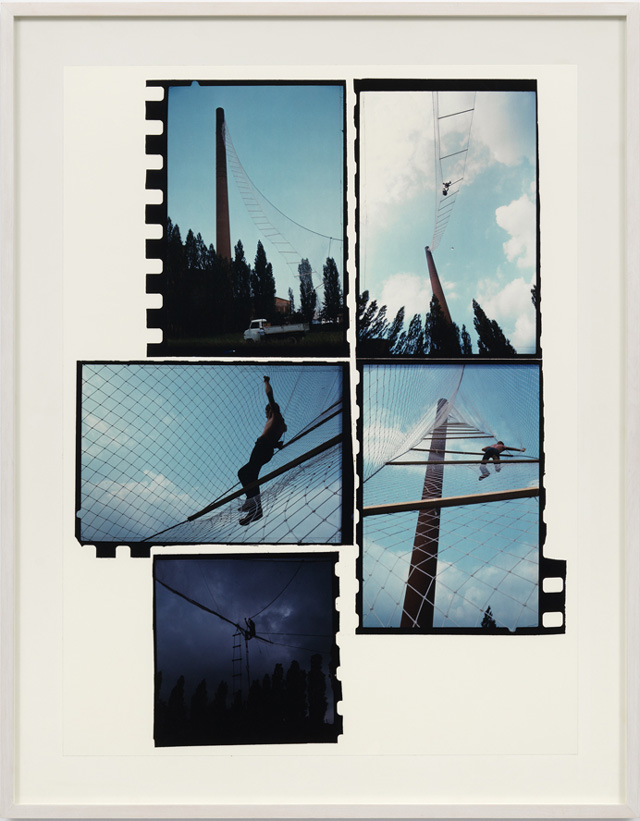 Although hardly neglected in his lifetime – Matta-Clark received high-profile commissions in various cities, including for Documenta 6 in Kassel – the ascendance of his reputation occurred after his death. In 1985, a touring retrospective opened at the Museum of Contemporary Art, Chicago, which then travelled to 13 further museums in North America and Europe. There has not been a year since without at least one Matta-Clark show somewhere. Since 1998, when David Zwirner Gallery began representing the artist’s estate, it has mounted six exhibitions in its various New York branches. Works 1970-1978 is the seventh, and the first to be held in its London outpost.

What makes this superabundance of exhibitions remarkable is that few of the works with which Matta-Clark made his name survive. He “defied permanence”, to use a phrase from the art historian Elisabeth Sussman. He largely comes to us through the traces he left behind, and thus any exhibition of his oeuvre has to reckon with an absence at its centre. His most significant series of works, the building cuts – in which he split and cut apertures into derelict and condemned structures – no longer exist and, even if they did, would refuse an exhibition context. There is a risk that a Matta-Clark survey spends much of its time papering over these cracks, to the detriment of actual substance. 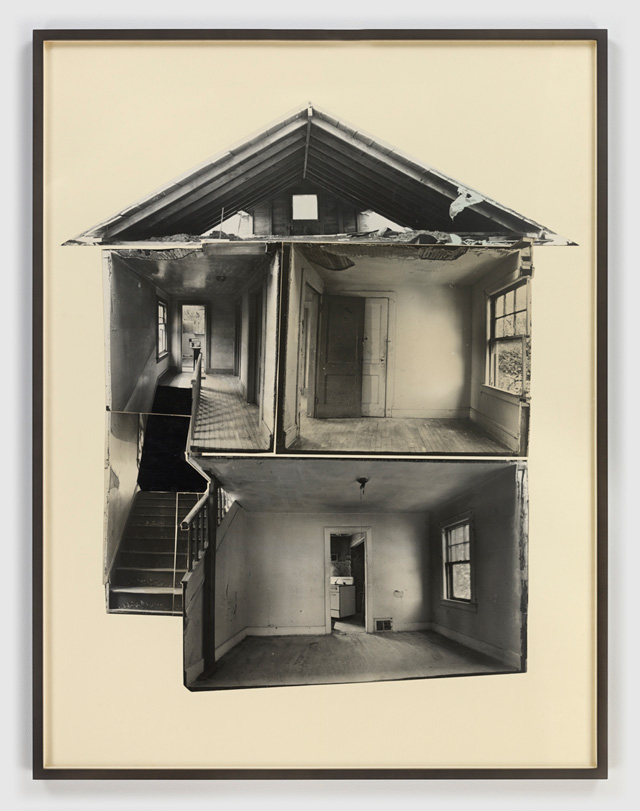 Works 1970-1978 is not such an exhibition. Covering a broad swath of the artist’s practice, it makes the case that documentation was not a byproduct of his work but an integral part of it: another way in which he could be said to have prefigured future trends. Matta-Clark’s photo collages of the building cuts, for instance, demonstrate a visual flair all their own. Two collages of Splitting (1974), in which Matta-Clark made a vertical incision down the centre of a house in Englewood, New York, that was slated for demolition, place before-and-after views of the structure’s front and side in sequence. Two states that could only be viewed separately are brought together. A series of collages for Office Baroque (1977), in which Matta-Clark cut a series of circular holes into an office block in Antwerp, see him arrange his images into strange, perspective-jumping sequences that impart some of the vertiginous rush of the project itself. 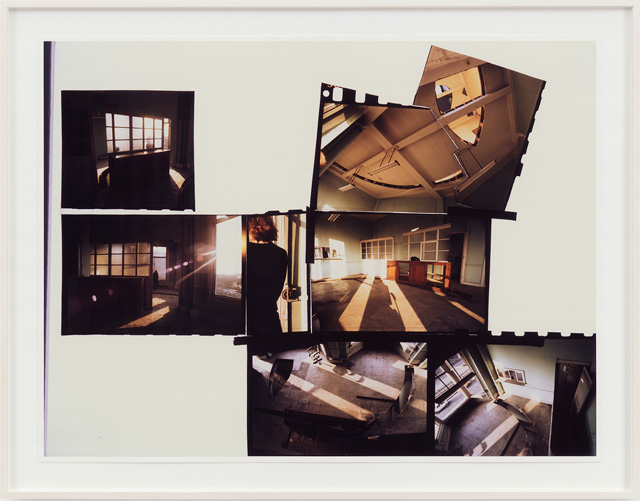 A triad of films allows a more intimate view of the cuts. In Day’s End (1975), which tracks his illicit contortion of a 19th-century industrial building on New York’s Pier 52, we see him balance above ropes and cut through sheets of metal: hard, hazardous graft that grants a certain dignity to the abandoned structure. The spark of construction has been repurposed to deconstruct. At one point, after Matta-Clark lacerates a hole in a building’s wall, we see the sunlight stream in, turning a structure associated with economic failure into something almost sacred. The experience may not be quite the same as being there – although, given that the project was closed almost immediately by the New York police department, few had the chance to – but it is worth much in its own right.

Day’s End is one of many projects that unmistakably situates Matta-Clark in the declined, decayed and frequently desolate New York of the 70s, a period that not unrelatedly overlaps with the city’s creative peak. Another film, Fire Child (1971), begins by showing a (likely homeless) man rifling through piles of rubbish. The titular child constructs and lights a fire while Matta-Clark gathers trash and, with tools, composites it together. The result is Garbage Wall (1971), a second version of a piece first erected the year before, which Matta-Clark intended as a sort of homeless shelter. 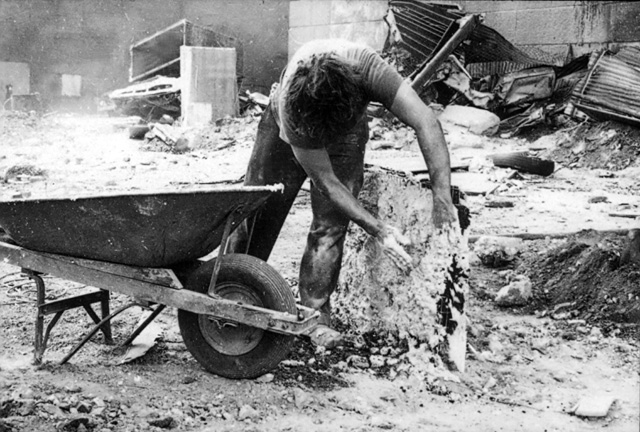 A recreation has been installed at David Zwirner, although recreation is perhaps the wrong word: Matta-Clark intended the project as something for others to replicate themselves, a method rather than a fixed object. This version contains, among other things, a PlayStation, a Makita toolbox, a kettle, a plastic tub of chocolates, a bike wheel, a fan heater, a basketball, numerous LPs and a CD of Patti Smith’s album Easter. Having been discarded and denied their original purpose, they are renewed into a symbol of shelter and protection. There is hope among the ruins. 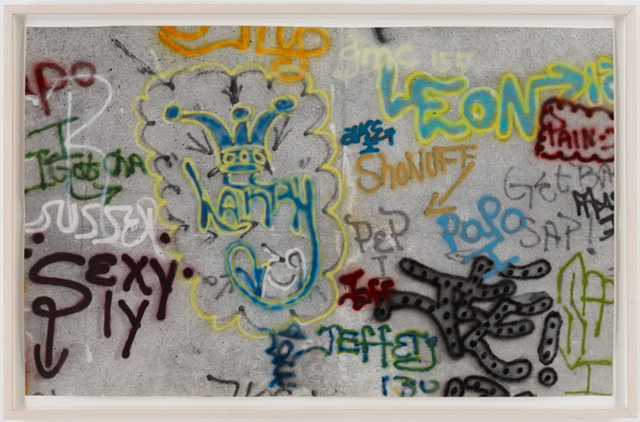 This optimistic streak runs through much of Works 1970-1978, which is partially noticeable in two lesser-known sets. One is Matta-Clark’s copious documenting of contemporary graffiti, then irrevocably seen as a sign of urban decline. Yet again, we find Matta-Clark pre-empting a later development, this time by bestowing attention on so-called street art. He photographed it on walls and the subway, in some cases joining up several prints to create a “graffiti scroll”; one on display here simulates a subway train. He then painted the graffiti in bright hues, granting it a vibrancy that decimates the greyscale numbness of the surrounding city. Graffiti is figured as a sign of renewal rather than rot. 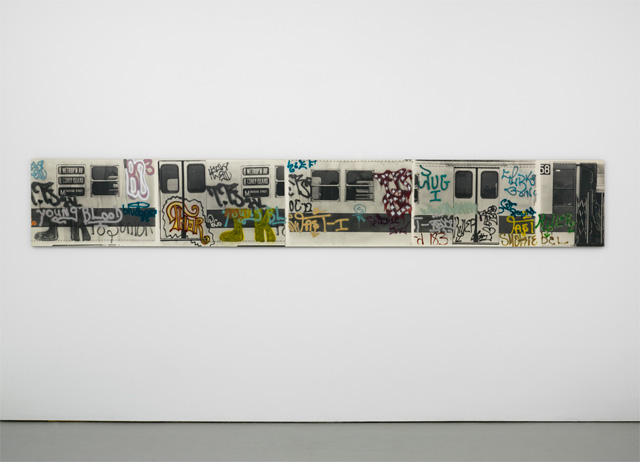 This exuberant optimism also appears in Matta-Clark’s drawings. A trio of Tree Forms (1971) formed plans for the Hit and Run Garden project, in which Matta-Clark intended to buy plots of empty land and then covertly plant them overnight so as to prettify their area. All three show delightful yet implausible botanical arrangements, some of which look unmistakably like shelters. A drawing entitled Energy Tree (1972-73) shows a plant exploding into a firework of dizzy movements, with arrows soaring towards the sky. It is like an alchemical reaction, with the old poised to metamorphose into something new: a vision of change that remains as vital now as it did in the 70s. 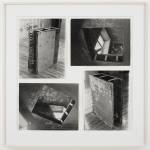