Asawa, who was known for weaving sculptures with wire and studying at Black Mountain College under Josef Albers and Buckminster Fuller, is featured in this first UK solo show 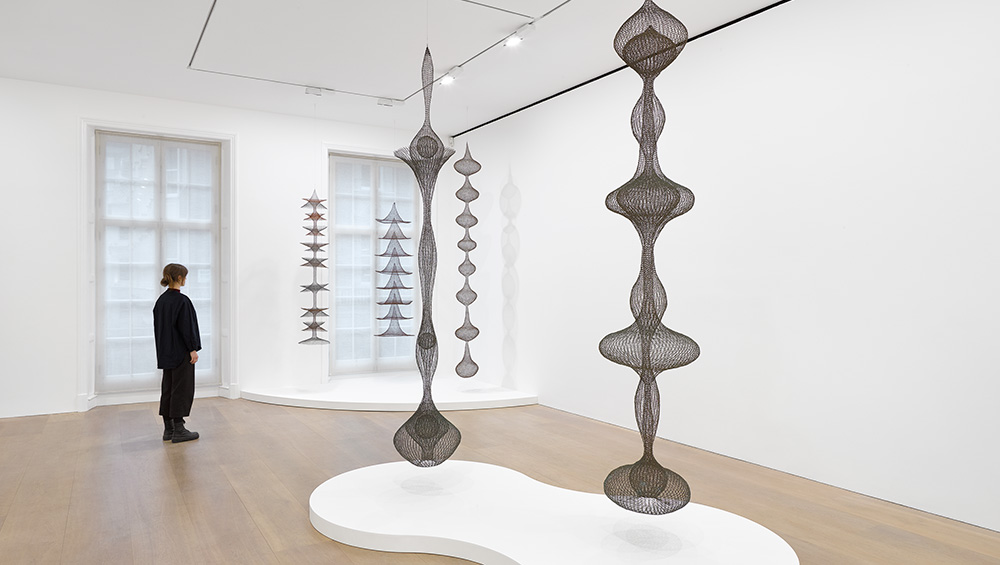 Born from organic forms, inspired by mathematics, and woven methodically like baskets, a series of delicate wire sculptures by Ruth Asawa (1926-2013) is hanging from the ceiling at the David Zwirner Gallery in London. It is surprising that the Black Mountain College-educated artist, who studied under Buckminster Fuller and Josef Albers, and has been featured in major museum shows across the US, is only now the focus of a first UK solo show. 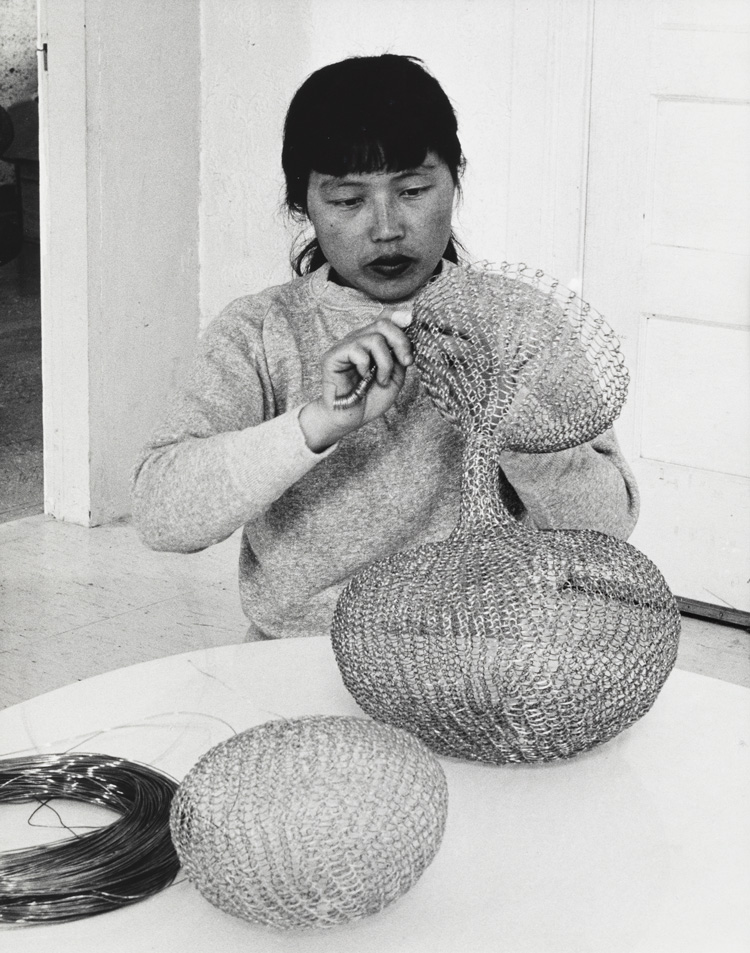 It is not surprising, however, that these complex creations do not travel well. Asawa, who was based in San Francisco, decided to stop showing in New York in the 50s after her sculptures kept being returned damaged. While she remained busy in San Francisco, showing regularly, with a retrospective at the city’s Museum of Modern Art in 1973, “she was really in a pocket, and seen very little outside of San Francisco, until recently,” says Jonathan Laib, director of David Zwirner New York. 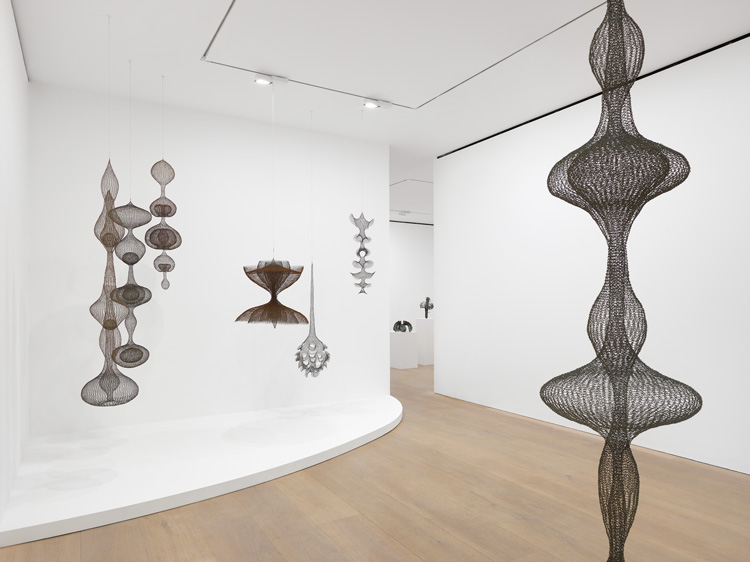 The gallery acquired Asawa’s estate in 2017 and hosted a solo show the same year in New York City. A major show at the Pulitzer Arts Foundation in St Louis in 2018 quickly followed, bringing about 60 of her organically shaped wire sculptures together for the first time.

This new show at David Zwirner Gallery in London rivals the Pulitzer in the number of wire sculptures and photographic documentation, yet crucially represents the connection between her drawings and wire sculptures for the first time. She would be thrilled, says Aiko Cuneo, her elder daughter and second of six children. She was prolific in drawing, but the drawings never received the attention they deserved, she says. 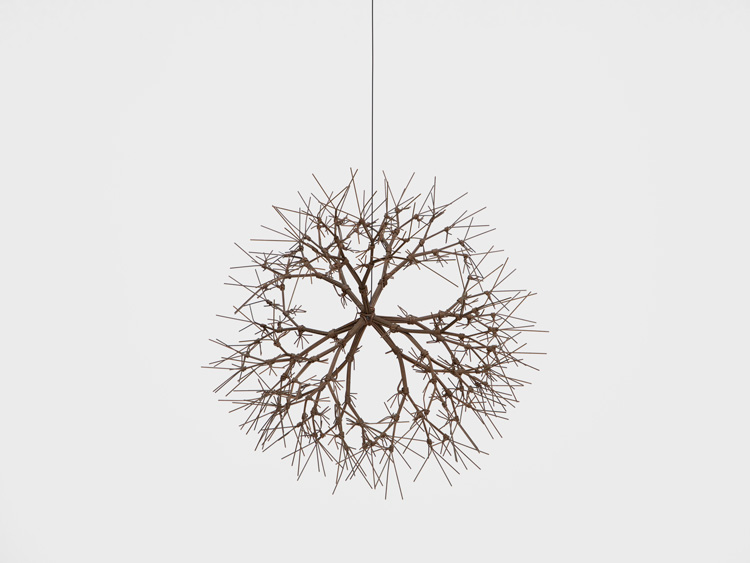 Exhibiting the drawings and sculptures alongside each other, shows how Asawa’s interest in line and repetition was stronger than the material she used – a result of Albers’ influence. In a group, the wire sculptures might form flowing rhythmic shapes yet, on closer inspection, the eye abstracts these lines until they become interchangeable with the two-dimensional line.

Asawa started using wire to weave after spending some time in Mexico in the summer of 1947. There, a craftsman taught her how to weave a wire basket for eggs, and she returned to the Black Mountain College to develop the looped-wire technique, used in many of the hanging works. In 1962, she started working with a new tied-wire technique after she was gifted a desert plant. She could not capture it on paper, so she turned to wire instead, says Cuneo: “It was a drawing exercise.” 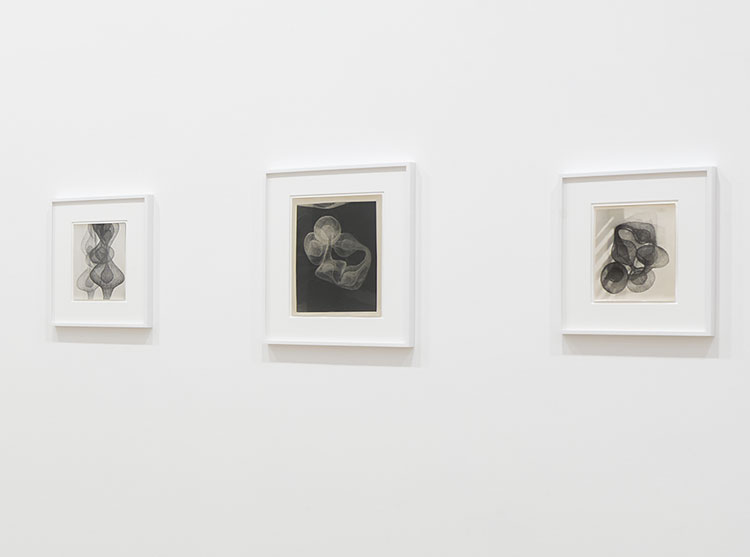 Ink drawings from the 1990s of clusters of chrysanthemums and gladioli, labelled with their plant species, show Asawa’s enduring love of nature – which might be abstracted in the wire sculptures, but is still very present. Accumulating and renewing like nature, one wire sculpture was born from cutting another open and folding out the edges. “It looks like a clam shell and a pine cone, but she didn’t call them anything. Most of the were untitled,” says Cuneo.

Her appreciation and innate understanding of nature grew from her family, who were farmers in rural California. The postwar period was a difficult time to be Japanese American. Asawa could not receive her teaching degree from the Milwaukee State Teachers College and, in 1942, she was detained for 18 months at Santa Anita, California. It was here, however, that she came into contact with artists for the first time, and, in 1946, she decided to study at the progressive Black Mountain College in North Carolina. 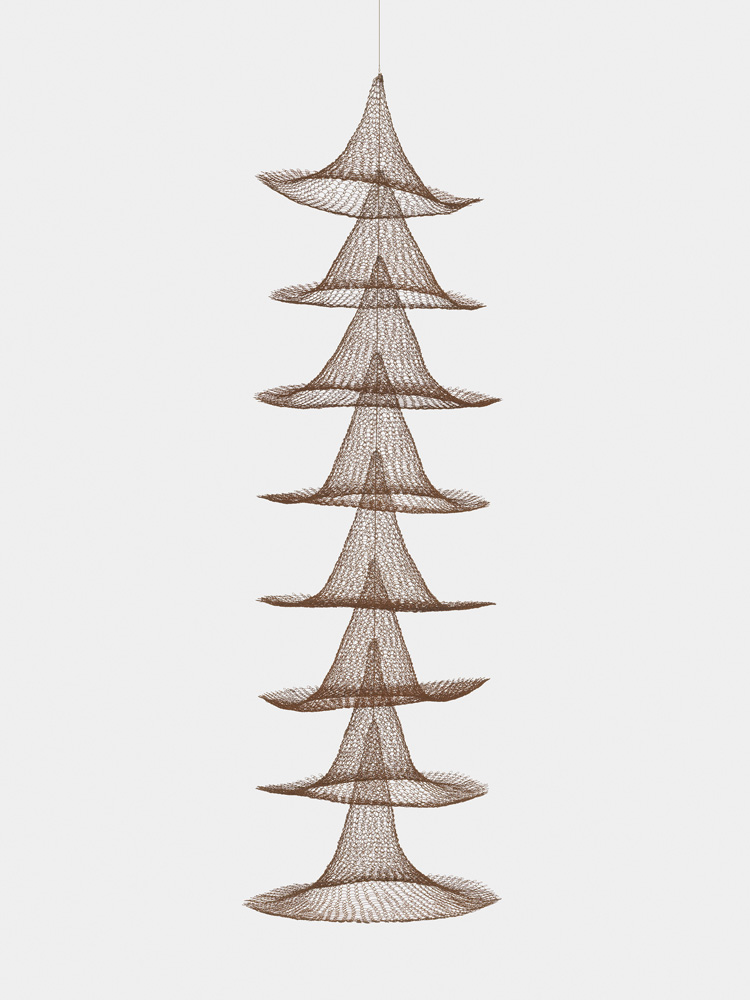 If she had learned a love of nature from her upbringing, it was at Black Mountain College that she learned to be experimental. The varied curriculum included Albers’ basic design class where Asawa used a BMC laundry stamp repetitively to create a chainmail-like effect, a rare work featured in the exhibition. She studied geometry with Max Dehn and Fuller, learning about hyperbolic forms, later seen sculpted in chain-linked wire connected by interlocking layers (Untitled (S.030, Hanging Eight Separate Cones Suspended Through Their Centers).

Says Cuneo: “Whenever we asked her about the sculptures, she would always say: ‘It was an experiment.’ She was always just trying to ‘see’ – big capital letters ‘SEE’, ‘Josef Albers-see’ – what she could do with one material. How many ways could she investigate this material called wire, and transform it into different forms?”

Empowered by her experience at Black Mountain College, she later became an activist for arts education in San Francisco. She co-founded the Alvarado Arts Workshop and was instrumental in the opening of the first public arts high school in San Francisco, named the Ruth Asawa San Francisco School of the Arts in her honour.

Her public art was another contribution to San Francisco – the joyous mermaid fountain in Ghirardelli Square (1968) and a fountain outside the Grand Hyatt hotel (1973), both in bronze. One room in the exhibition introduces her approach to sculpture beyond the wire works – the four sculptures shown are each born of a wire model, but made with different techniques, such as cast in bronze through the lost wax process or electroplated until crystallised over two weeks.

“She went to a plater, who usually made chrome car bumpers shiny, but she saw the copper rods that were the waste product of the process, and she wanted to learn how to do that instead – her eye was always seeing, reversing and thinking,” says Cuneo of Asawa’s constant need to discover and learn.

There was no distinguishing between life and art with Asawa, and her children perhaps understood this the most. Sculptures took over life at home: “The work was everywhere. Not just in one room, but pinned up on the cork boards and hanging from the ceilings,” says Paul Lanier, her youngest child. He describes flying paper aeroplanes around the sculptures, and even sticking pencils in them. 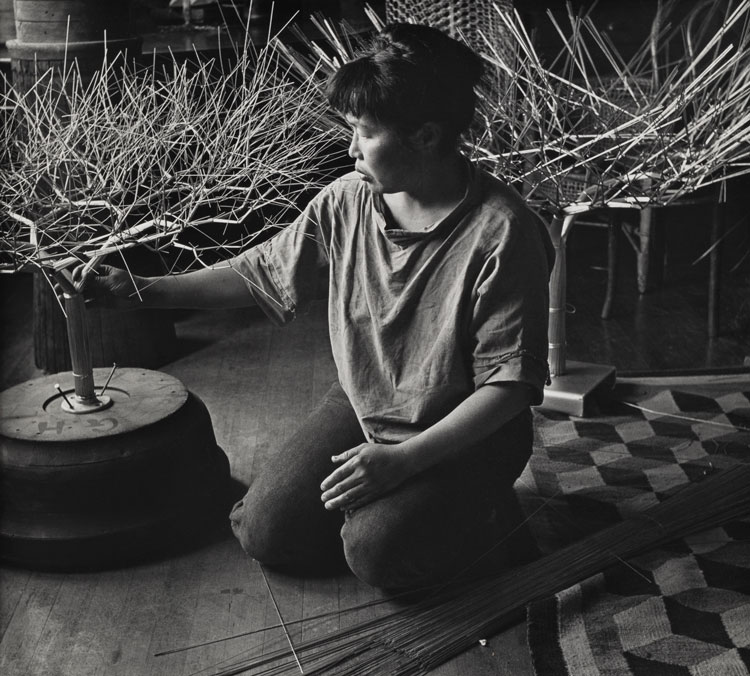 In the exhibition, photographs by Imogen Cunningham (1883-1976) bring these stories to life. Cunningham was 67 years old and Asawa 24 when they met. The two became great friends and Cunningham would go on to photograph Asawa’s wedding. One photograph in the exhibition shows three of her six children surrounded by her works, taken on 4 July 1957.

Asawa’s solo exhibition in the UK nods to a wider movement of rebalancing of 20th-century modern art history to appreciate and laud the importance of female artists and less mainstream modes of production, noted by the Anni Albers exhibition at Tate Modern and Lee Krasner at the Barbican in 2019, and this year’s forthcoming retrospectives of Gego at Museo Jumex, Mexico City that will later travel to the Guggenheim in New York City and Alice Neel at the Pompidou in Paris.

“Imagine Ruth creating her artwork very slowly, very methodically, and think about what else is happening in the art world in America at that time – think of Jackson Pollock in his studio on the east coast flinging paint; he’s a cowboy, the image of the avant garde. Then on the other side of the spectrum you have Ruth, making her work very quietly,” says Laib. 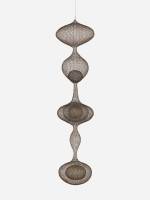 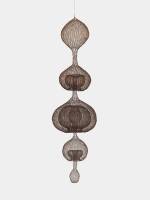