This solo exhibition, which celebrates Tuneu’s 50 years as an artist, brings together his most recent work, with 23 new paintings as well as sculptures, all of which play with the possibilities of the hexagon 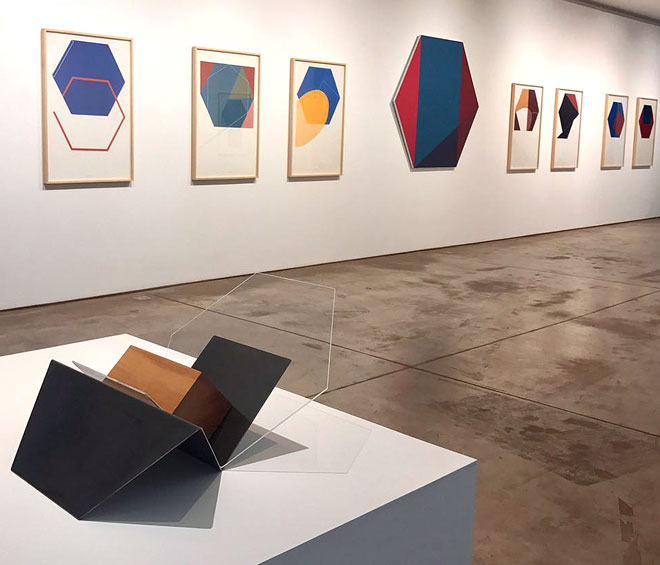 Much is said of the artistic lineage of Tuneu (Antonio Carlos Rodrigues, b1948, São Paulo), descending from some of the most important names in Brazilian modernism and postwar art. Critics like to recall, for example, his teenage years under the tutelage of Tarsila do Amaral, a key figure in Latin American modernism, and his job as assistant to Willys de Castro and Hércules Barsotti’s, two important contributors to the neoconcrete movement. These past relationships, of course, are usually used to position his work within Brazil’s intricate and disputed art history. At times, depending on the eye of the observer and the stage of Tuneu’s career, he is read as an artist rooted in the concrete tradition. Sometimes, when we look at his earlier works, he is perceived as a quasi-figurative painter who invariably follows the language of his forebears in early-20th century modernism. Moreover, if we follow his most recent decades, one is compelled to label him as a neoconcrete, sensuous and anti-rationalistic, despite his geometric compositions. Yet, in his latest exhibition, which marks the 50th anniversary of the start of his career, these single, focused labels and past relationships seem somewhat distant. We should note, however, that this is not to say that, in Hexacordo, Tuneu denies or breaks with his past achievements and relationships. Here, we can see a career that, as it develops further, points to new ways of reframing his work. Such is his consistency and dedication, aiming always to renew his work within his own language, that classifying him is becoming ever more difficult. As such, what this exhibition demonstrates is that, despite standing on the shoulders of giants, Tuneu is no dwarf.

We shall begin with the obvious here. At first sight, Tuneu’s latest creations closely resemble those of his concrete peers, both contemporaries and past, a fact that, in effect, ties in with the usual critical response to his work. After all, geometry and its forms seem to be in the spotlight at every corner. Arranged in the obviously neutral environment of the gallery, the angles, flat colours and geometry of the paintings and sculptures seem to validate these previous interpretations. Yet, this first impression contradicts the artist’s own narrative, since Tuneu regards himself, first and foremost, as a colourist, someone more interested in the intricacies of colour than geometry. Given the focused attention to the shape of his hexagonal polygon and his use of colour, which plays with its saturation in order to deconstruct and explore the possibilities offered by his polygon, Tuneu appears to contradict his own label. Nevertheless, after those first impressions were supplanted by a more careful impression, I was only mildly surprised when he spoke of his admiration for Josef Albers (1888-1976). This is where the concrete narrative breaks down.

Although his use of colour resembles the teachings of the Bauhausian master, away from the primacy of primary colours that is usually seen as a hallmark for early-20th-century constructivism, he is not blindly following a predecessor. Like Albers, he has been a teacher for most of his career, and knows the importance of method, language, and improving one’s craft through an arduous proposition – that is, focusing attention on a single task to develop something truly unconventional within an established convention. Within this system, it is all a matter of finding a voice between previous stylistic attempts and future possibilities or, as he puts it, finding a “gap” between what has already been done and what could yet be. Then, in relation to these works, it is interesting to note that, whereas Albers’s paintings emphasise colour and surface, Tuneu’s compositions point to an object other than that which is merely encapsulated by a flat surface. Colour here is not applied as a means in itself, but rather as an instrument that explores the compositional possibilities of his polygonal muse. As such, whereas Albers was concerned with the pedagogy of colour, here Tuneu’s interest seems to lie in a 3D object rather than solely in the luminosity of colours. Of this apparent contradiction, between someone who is proud of being a colourist but finds himself troubled by the demands of forms and shapes, Tuneu simply shrugs and says: “That is where my process has led me this time … My task was directed towards resolving this subject [the hexagon] and, as such, this is where my previous work and knowledge led me.”

This interest in the 3D can be seen, as one would expect, in his new sculptures, which also attempt to dissect the possibilities offered by the hexagon. These, which adopt the technique perhaps most recognised in the neoconcretist work of Amílcar de Castro, of folded Corten steel, may misguidedly resemble that period. Here, Tuneu distances himself from these neoconcrete influences as he works with some rather destructive folds and cuts. If we add the different materials laid out over these sculptures – wood for example – to achieve the same effect offered by his paintings, the distance between Tuneu and Amílcar is even greater. However, compared to his paintings, these objects do seem like impossible, hard-won attempts. If his paintings seem effortless, surely an illusion resulting from hard work, method and craft, Tuneu’s sculptures appear strangled by their very physicality. After all, how can one compete with the limitless possibilities of painting? In this sense, these sculptures seem secondary to his paintings, which act as unreachable blueprints. The fact that he combines steel with other materials only highlights this difficulty.

Having stressed the geometrical form, on a closer look, something else, too, points to a very peculiar characteristic of his paintings. Tuneu does not appear interested in representing the hexagon’s most obvious qualities, namely, its symmetry and stability. In fact, his works appears to constantly deconstruct this polygon. By his use of asymmetry, tertiary colours and different saturations, followed by incisions both in the very shape of his hexagons and their hues, Tuneu attempts something else entirely. Following the possibilities left by people such as Albers and Tuneu’s own previous work, his “gap”, the actual visual deconstruction of this polygon appears to originate from something that is not Euclidean, that is to say, which is not necessarily embedded in a plane of perpendicular lines. The title Tuneu chose for this exhibition, Hexacordo, which translates as Hexachord, a diatonic six-note series, perhaps can point us to the least obvious characteristics of this exhibition.

Being a sequence of notes, a hexachord does not designate a single entity or a static object. Rather, it rather distils – at least over a musical score – a passage of time accompanied by a sequence of notes and their spacing. By evoking such a presence, which is felt not mathematically, as in the case of music theory and its score, but sensibly, over its visuals, Tuneu translates an imaginary progression into a single object. This is not the same as Wassily Kandinsky, for example, who used whole canvases to grasp music: Tuneu depicts a single object that has merely been placed over a surface. This is certainly a break from the aforementioned traditions in the sense that his work is not composed within a delimitated space. Here, the frame appears to just accommodate these objects and these are not, as in the expressionist example, marked into a surface. Perhaps, in other words, we can say that Tuneu’s compositions have been placed over an infinite background only to be photographed. As such, these appear not as painted objects but, instead, as an impossible and unnatural polygon placed over a limiting 2D space.

In some few examples, larger canvases that adopt a hexagonal shape, his intentions seem even clearer. Since the object depicted is transformed into an actual object, instead of being transposed into a rectangular frame, over these larger works Tuneu seems interested in following the plan laid out by his other smaller paintings and, in this way, these larger, hexagonally framed paintings seem closer to his sculptures. These, again, seem less important, as the true stars of the exhibition can be found somewhere else, not in the objects itself but rather in their collective nature. It is when we are not focused on a single painting (the smaller and rectangular framed ones) that we appreciate the work Tuneu has done. Seen side-by-side, these illustrate the possibilities found by the artist and his language: a collection, it seems, of scales, with different values, tonalities, hues and structures: all within his initial self-imposed parameter. Only by looking at these works as a group, as a series, was I able to faintly glean his method. Here, I thought of John Cage and his musical scores, but whereas Cage attempted to annotate music into various systems, Tuneu seems to use a visual system to create music. Each and every painting denoted a scale, a movement, found within the repertoire of his subject. Together these formed a symphony. It will be a pity to see, at the end of the exhibition, these individual pieces parting ways, for it is their existence as a group that highlights the nature of Tuneu’s exercise.

Later, I asked the artist if these works implied some synaesthetic attempt, to which he tentatively answered: “Yeah, but …” His cautious positive response led to a discussion not about the artwork itself but, rather, of our times. Most artists who respond to music were, after all, attempting an applied rationality, which for him is impossible in this day and age: “Just look at the world we live in; theirs was a whole different context.” At this point, I am tempted to say, rather naively, that his method, perhaps in synchrony with the neoconcrete discourse, emphasises a sensorial empiricism away from the certainties and rationalisms of gestalt and the like. I say that this reading may be naive because, as we know, the distinction between the two groups that dominate the Brazilian postwar artistic narrative, concrete and neoconcrete, seem more contentious by the day. If this labelling exercise does not result in a better outcome, maybe the problem lies in the exercise itself, which invariably assumes certain positions that were later imposed on artists of that period. Neoconcrete, modernist, Bauhausian, concrete, cubist, impressionist … the problem and the excitement arising from Tuneu’s work seem to deny any easy categorisation. His “gap”, the place where one might find the bridge between the previous and the possible, seems to leave his work open to all kinds of interpretations. This difficulty, coupled with the allure of his arduous task, can only render this exhibition more puzzling and, hence, exciting. Tuneu, after all, proposes to play with old languages but within a completely different context and objective. That he recalls the differences between present and past contexts appears only to confirm his intentions. Here, he is certainly very aware of his efforts. Since I do not wish either to label or define such an endeavour, I am left confused but nevertheless delighted by his determination. As I leave the gallery space, I cannot fathom what this kind of dedication must feel like. Despite its obvious rewards, embodied in the whole collection of his scales, 50 years playing this endless game must be exhausting. Yet Tuneu, with incredible vitality, does not seem bothered. 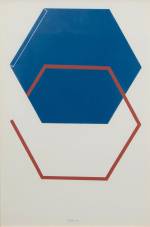 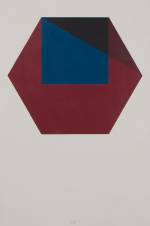 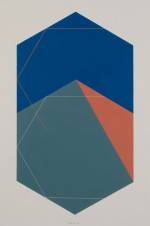 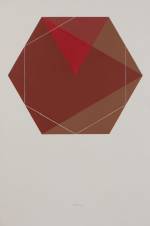 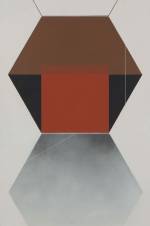 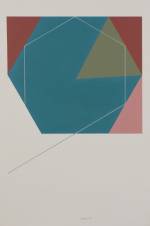 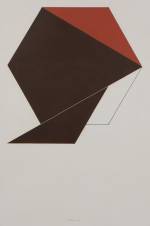 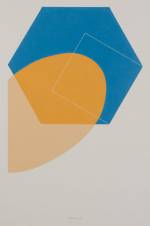 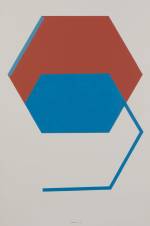 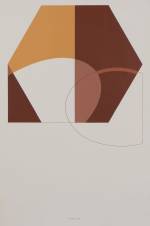 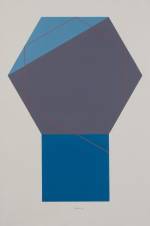