Remaining committed to the Bauhaus ideals of uniting art and design as one field of form-production, Anni Albers’s pictorial weavings and later graphic prints promoted the egalitarian dissemination of artistic forms and prototypes 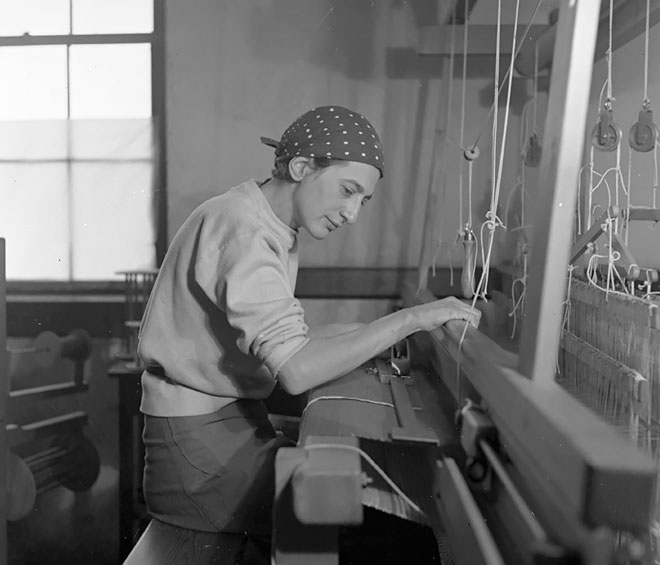 In 1949, Anni Albers (1899-1994) was the first fibre artist to have a solo exhibition at the Museum of Modern Art, New York, followed by an extensive tour across the US. This event was key in elevating fibre art to the canon of classical artistic disciplines. Now, nearly 70 years later, Guggenheim Bilbao, together with the Josef and Anni Albers Foundation, is putting on a retrospective of nearly six decades of the artist-designer’s work, starting with her early Bauhaus preparatory drawings, and moving through her hand-woven works and tapestries, to her later graphic prints. 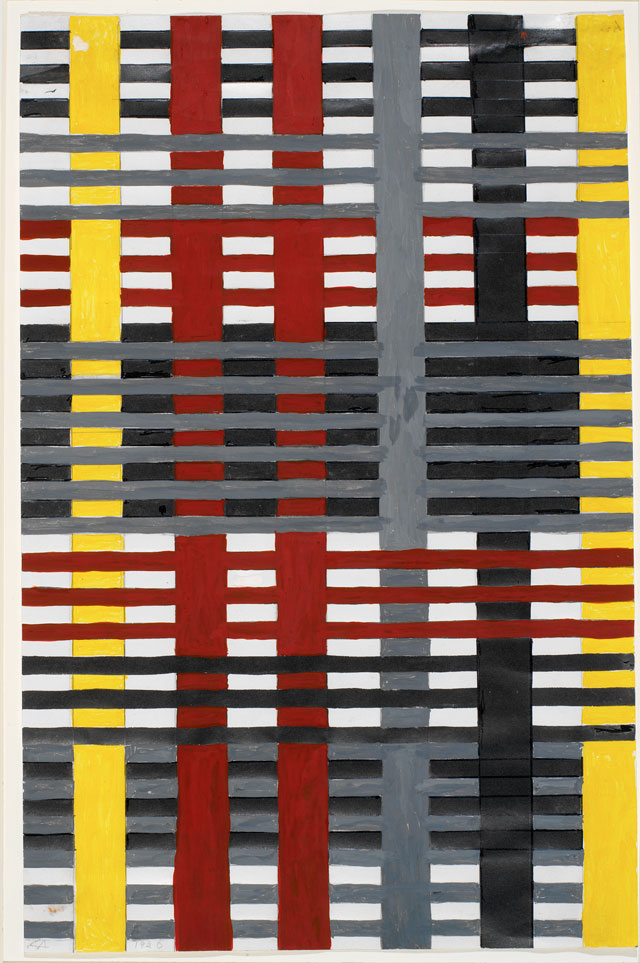 Born in Berlin at the turn of the 20th century, Albers studied at the School of Applied Arts (Kunstgewerbeschule) in Hamburg from 1920, but, growing disillusioned with the traditional teaching methods, she moved to Weimar where she joined the experimental Bauhaus school in 1922, enrolling in the textile workshop. “What made it exciting to be at the Bauhaus,” Albers recalled, “was that there was no system to teach yet […] and that you felt that you were completely on your own and that you had to find somehow your way of functioning […] This vacuum is something probably very important for every student to experience.”1 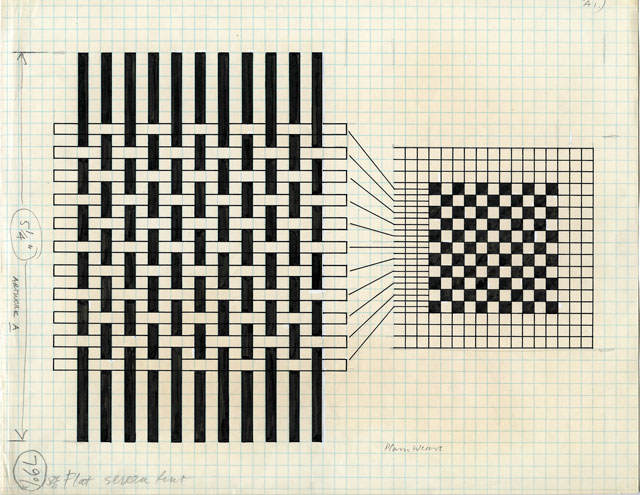 During her time in Weimar, Albers went on to assist professor Gunta Stölzl (a German textile artist who is credited with playing a fundamental role in developing the Bauhaus’ weaving workshop) and served as acting director of the weaving workshop several times between 1929 and 1931. She met and married the painter Josef Albers, a fellow teacher at the school, and was also deeply influenced by Paul Klee, in particular his interest in polyphony and the vocabulary of music.

While at the Bauhaus, Albers was making largely orthogonal designs, with strong intersecting vertical and horizontal bands. Included in this exhibition are a number of preparatory drawings for textiles – some unexecuted, or executed decades later, some even posthumously. For example, Rug for a Child’s Room was designed in 1928, but the version on display was only recently produced. Throughout her career, Albers remained committed to the Bauhaus ideals of uniting art and design as one field of form-production. She devised a method that allowed textiles to be manufactured in large quantities, promoting the egalitarian dissemination of artistic forms and prototypes and the possibility of democratising the artwork.

In 1929, Albers was commissioned by the then director of the Bauhaus, architect Hannes Meyer, to design a wall covering for the new auditorium of the Allgemeinen Deutschen Gewerkschaftsbundes Schule in Bernau using a synthetic material similar to cellophane – one side sound-absorbing, the other side light-reflecting. This was the beginning of a lifelong interest in exploring different – and often quite unconventional – materials in her woven work: making it a true “fibre” art. After she and Josef relocated to North Carolina, where they took on teaching roles at the recently established free school, Black Mountain College, following the Nazi closure of the Bauhaus in 1933, Albers went on to experiment with many more unorthodox and vegetal materials such as hemp, corn, jute and grass, as well as industrial materials such as metal thread. This was in part down to the remote location of the school, making it difficult to obtain supplies, but also a result of her natural curiosity and love of experimentation. “What I am trying to get across,” she said, “is that material is a means of communication. That listening to it, not dominating it, makes us truly active, that is: to be active, be passive. The finer tuned we are to it, the closer we come to art.”2 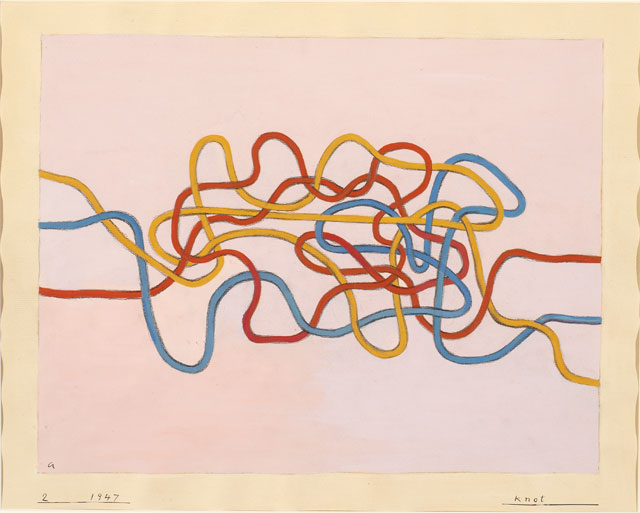 During this time, because of her heavy teaching commitments, Albers made only a few larger works, but the transition of her patterns from the strictly geometric to something much freer and more lyrical is apparent. She experiments with knots and loops, as, for example, in the labyrinthine Knot Drawing (1947) and Drawing for a Nylon Rug (1959) – both of which, in this setting, echo the oversized curls of rusted steel that form The Matter of Time (1994), an immense Richard Serra permanent installation on the lower floor of the museum. Another echo is found in With Verticals (1946), a pictorial weaving, where the blue verticals behind a zigzag of reds, a supplementary weft allowing for both a foreground and background, engender a real sense of movement, and recall the other site-specific work belonging to the Frank O Gehry building, namely Jenny Holzer’s scrolling red and blue LED words, Installation for Bilbao (1997). 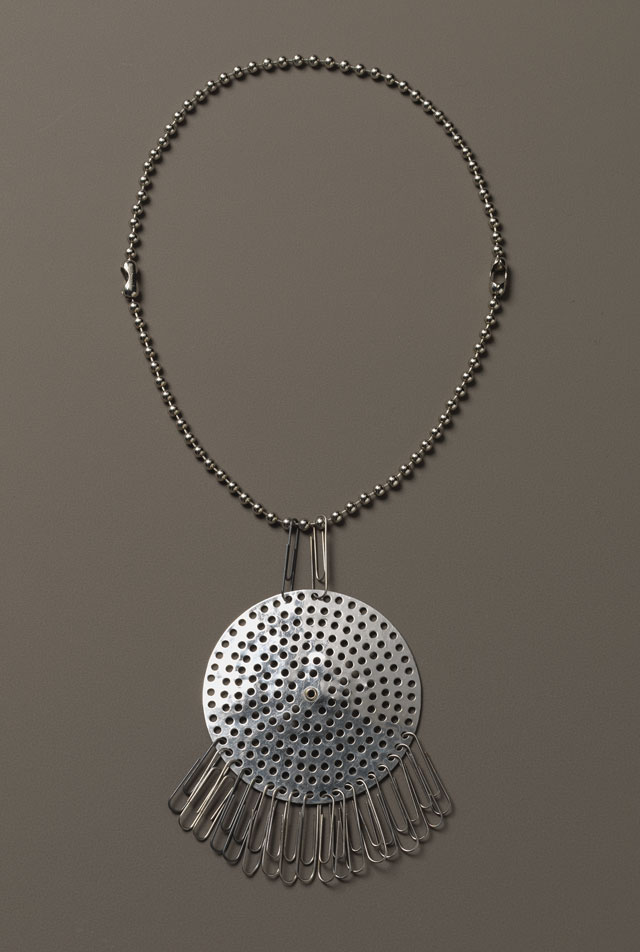 A number of Albers’s works themselves constitute hybrids of textile and text. The black-and-white Memo (1958) and Open Letter (1958) have the appearance of letters, or, at the least, some form of calligraphy to be deciphered horizontally, their repeated “graphemes” and loops, which echo those of shorthand, carriers of encoded information. The large tapestries Orchestra I, II, III (1983-4), on the other hand, seem to represent a visual form of music – individual notes, voices and instruments, and the symphony they can produce together. The lines in In the Landscape (1958) – a composition of cotton and jute in the harvest colours of orange, turquoise and brown – could similarly be the trace lines of a barrel organ.

There is something soothing about Albers’s works – maybe the texture, the wool, and the evocations of childhood and hand-knitted cardigans from elderly relatives – but also the structure and rhythm of the patterns, like Agnes Martin’s serene minimalist canvases.

The Alberses travelled a lot, in particular to Latin America, and one vitrine is dedicated to souvenirs of their trips, tourist leaflets and oddments they brought back. The influence of pre-Columbian cultures is clear in Albers’s work, where circles and goddess-like shapes also begin to appear. 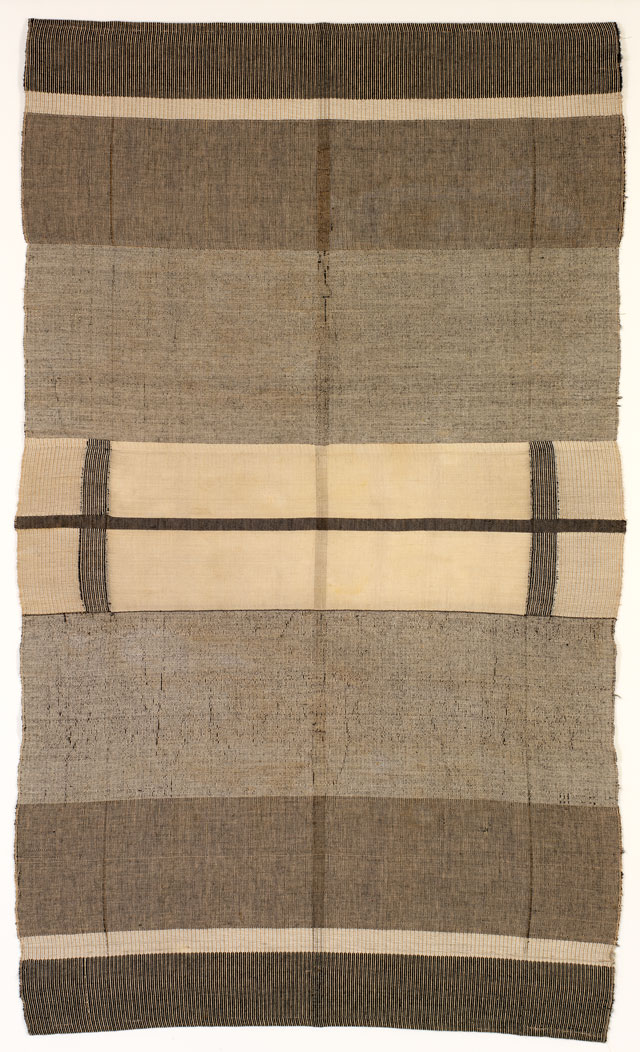 After moving from North Carolina to Connecticut in 1950, Albers continued to experiment artistically, supplementing her work by the occasional teaching, as well as writing what would go on to become some of the seminal texts of modern fibre art. Her ideas were brought together in the volume On Weaving, first published in 1965. In 1964, she made her first important series of prints, a portfolio called Line Involvements. Ultimately, her print work would replace her textile work, and she ceased hand-weaving altogether in 1968. Printing provided Albers with the ideal medium for experimenting with graphic compositions and patterns – intricate lines, triangular forms, rhomboidal patterns, knots, tangled threads – all the elements that made her designs what they were. She said: “I found that, in lithography, the image of threads could project a freedom I had never suspected.” She went on, unsurprisingly, to experiment with all forms of printmaking: aquatints, lithographs, silkscreen and offset prints. Her Mountainous series (1978) comprises even a number of embossed, inkless prints. In other series, also on display, she repeats the same geometric patterns with different colours, or in reverse, rotated, inverted, interlaced – each variation bringing about quite different effects and conjuring a different mood. 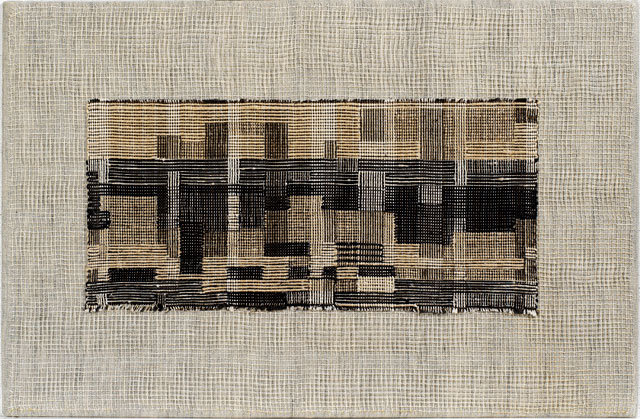 In 1983, Albers made a silkscreen portfolio titled Connections. These nine prints in themselves offer a mini-retrospective of the main motifs used throughout her career, from the early orthogonal patterns of her Bauhaus period, through her lyrical knots and threads and fibres of her Black Mountain pictorial weavings, to her more geometric and graphic works with their repetitions of triangular and rhomboidal forms of her later years. It might perhaps be a little simplistic to condense her oeuvre to these nine prints, but they certainly provide a concise synopsis of the visual landmarks of her extended practice, throughout which she continually transcended notions of gender-specific craft, elevated textile art to a revered and respected art form, and contributed, following her Bauhaus roots, to the redefinition of a work of art as reproducible design. 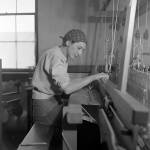 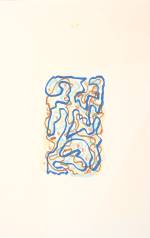 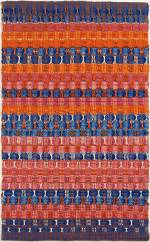