Luc Tuymans’s latest exhibition at the David Zwirner Gallery in London is the result of a diverse range of influences, but his characteristically bleached colours and eerie settings ensure that his paintings continue to unsettle and intrigue

In this picture-saturated world, we are drowning in images: in fact, to point this out has almost become a cliche. Every day, we are bombarded with shocking scenes on the news and the front pages of newspapers so that we are almost desensitised to them. What Tuymans’s paintings do so effectively is to make us re-examine this maelstrom of material. He distils images through more than one lens, quietening them, stripping and pummelling them into submission for his own purposes. The resultant paintings are covered in an eerie veil. Celebrities become vacant and dead-eyed, figures turn into ghostly apparitions, and interiors look cold and threatening. In Tuymans’s hands, photographs are transformed into the shadows of faded memories, or the half-remembered nightmares of a troubled mind.

In the era of Google searches, it has never been so easy to source – or stumble across – images, or, indeed, something you rather wish you hadn’t. In fact, it is often the darker side of the media that draws Tuymans’s attention. His material, originally garnered from magazines, Polaroid photographs and television footage, now also comes from online sources. Tuymans, like many painters of his generation, has embraced modern technology and, where once he photographed, enlarged and rephotographed images using traditional techniques, he now uses his iPhone. The result gives a bluish tinge to his pared-down palette, like the flickering pictures on a TV screen seen through a video camera. With facilitating gadgets and the internet at his fingertips, Tuymans will surely never run out of inspiration.

The artist’s current exhibition, at the David Zwirner Gallery in London, builds on his interest in controversial personalities and unsettling environments, but also explores what he describes as the domestic realm. Inspired by a stay in a hotel in Edinburgh in 2014, he has taken sections of wallpaper and enlarged them to stately proportions. The small and insignificant two-tone designs become aggrandised. There is also an unexpected note of humour in the artist’s description of one these paintings, simply entitled Cloud. “It looks like a croissant,” he says. “People don't think my work is funny, but it is!”

Tuymans’s time in Edinburgh also gave him a chance to study the portraits of Henry Raeburn (1756-1823), one of Scotland’s most distinguished painters. Where tiny sections of wallpaper are given surprising prominence elsewhere in the exhibition, Tuymans’s versions of three paintings of intellectuals by the Scottish portraitist are smaller affairs, cropped and given the multiple-lens treatment. Tuymans paints only the top half of the face and leaves great sections of highlights white, trimming the shadows in blue. Raeburn’s paintings are transformed into very modern looking portraits, imbued with the glow so typical of Tuymans’s oeuvre.

The second half of the exhibition takes a darker turn, with a much more sinister portrait, if it can be called that. Japanese cannibal Issei Sagawa killed and ate a Dutch woman while studying in Paris in 1981 and became something of a minor celebrity in his native country, making a living from his notoriety. Tuymans paints him from a photograph taken when he was a child. He wears a frightening mask and an explorer’s hat. .The paint is stippled on to the canvas and the details are omitted, leaving just the impression of a ghostly grotesque with dead, fuzzy blue circles for eyes.

Tonally, The Shore, the darkest painting of the exhibition bears the mark of Goya, an artist by whom Tuymans says he is increasingly influenced. It depicts a scene of an execution taken from a little-known 1968 British film called A Twist of Sand. But, Tuymans reminds us, this painting could easily be interpreted as a modern-day image in the context of the recent executions by Isis. “If you put Arabic letters over it, it would immediately resonate in a different way,” he explains. On closer inspection, the line of small figures, dwarfed by the threateningly dark space around them, glow with a mixture of pale blue and yellow daubed on to white. It has the feel of Peter Doig’s Echo Lake or a painting by Michaël Borremans. Both are known for their use of secondhand images and unsettling themes.

Other giants of painting – Gerhard Richter and Wilhelm Sasnal, for example – also use a range of media sources as a starting point in their work, but there can be a danger in painting from other people’s photographs, as Tuymans discovered only this year. In January, the artist was found guilty of plagiarism, in an unusual case brought against him by a photographer working for the Belgian newspaper De Standaard. But this is unlikely to change his practice, or that of his followers. Graduate shows are full of loosely painted pictures lifted from the internet, as artists, old and new, exploit the wealth of images available to them. In doing so, they are trying to grapple  with the big issues of the day in search of immediate appeal; that illusive angle that will make their work relevant and gripping. In Tuymans’s case, it is his suspicion of the media that drives his practice. His work is not topical, but rather tackles the very nature of images and their power. Tuymans remains a pertinacious voice; a critical painter par excellence. 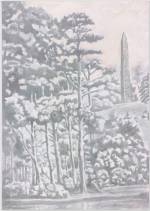 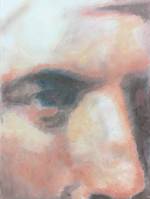 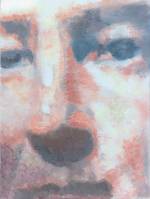 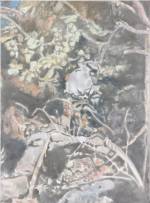