The arrival point at the Royal Academy Courtyard off Piccadilly, first glimpsed through the Classical archway, is unusually dramatised by the rising profile of Tatlin’s Tower (until 29 January), Vladimir Tatlin’s unrealised Monument to the Third International. This is an inspired move reconstructing a faithful model of a building, which had been proposed by its designer (1920) in the hubris of the Revolution, to be twice the height of the Empire State Building. Architect Jeremy Dixon of Dixon Jones Architects was enabled to create an authentic and accurately scaled constructed model, still here of substantial size, matching well that made originally by Tatlin. Lord Burlington, the original 18th-century Piccadilly mansion’s Palladian patron, could be spinning futuristically in his elaborate tomb.

Russian Constructivism has been the missing guest, at the modernist celebration, through most of the 20th century. Part of the reason has of course been the result of the rigid barrier that existed after Stalin took power in the Soviet Union. But it has to be said that there was also a culture of denial here in the West. International Style exhibitions gave little or no reference. Nor did major publications. It is useful to detail this: even Sigfried Gideon in the revised and updated edition of his authoritative Space, Time and Architecture (1954) could only make passing mention. Niklaus Pevsner chose wholly to ignore such developments. Even as late as 1961 the respected Yale academic Vincent Scully sought to cover the redefinition of Modern Architecture without deigning even to mention the Movement, although separately he includes Le Corbusier’s Tsentrosoyuz competition-winning model (Moscow 1928–35). Scully likens this “grand projet” to “a surrealist goblin”.1 Leonardo Benevolo, in his two volume History of Modern Architecture (Milan 1960) barely covered the Movement, allowing six pages out of 483 dedicated to “The Modern Movement”. Later in the 1960s a new generation of architectural historians came to recognise the significance of Constructivism, such as P. Reyner Banham and Kenneth Frampton2 notwithstanding the non-accessibility then of the Moscow archives. Italian Futurism, long disavowed in Moscow, had filled the vacuum, but the Red-Black hole continued to exist. Then suddenly, with Gorbachev’s “Perestroika”, in the late 1980s, new material was available to researchers: a veritable yet seemingly forgotten world of artistic and architectural brilliance, profusely and meticulously documented and archived within Soviet Russia. While this had been Russia’s great contribution to 20th-century modernism, ironically they themselves had been its most jealous inhibited guardians.

This timely exhibition represents, more than all that, an historic exercise in closure. It is useful here to consider briefly the early developments, and relate these recent breakthroughs in documentation, as here exhibited. It can be said this critically summarises the formative part, which Russian artists and architects together had played in the evolution of 20th-century Modernism, in its crucial and formative period 1915–30. This is therefore specifically still more to do with a cultural process (as the title indicates) that has more important ramifications for today in the 21st century than has much been recognised, either inside or outside Russia. Key historians include: Camilla Grey, Banham and Frampton, as well as the late Dr Catherine Cooke,3 William Curtis,4 and Finland’s Juhani Pallasmaa. And there also existed since 1987, the magisterial work by Selin O. Khan-Magomedov, Pioneers of Soviet Architecture5 edited also by Catherine Cooke. So no more could there be any doubt. But it has been largely left till now that, chiefly through the new-found accessibility of these well-preserved archives of the Russian Federation (Shchusev State Museum of Architecture, Moscow) that major new research has been readily facilitated.

This particular exhibition is also of course made meaningfully possible on the ground, by the new photographic evidence of surviving architectural examples made by Richard Pare over the past 15 years, and itself also continuing. And this realisation hopefully will prompt a fuller building conservation system than had earlier been in place through international support. It must be said that where major exhibitions are concerned, and not unusually in intensely competitive curatorial and academic circles, there is a noticeable shortfall in collaboration. For example, Tate Modern in London had mounted their own fine blockbuster exhibition in 2009, curated by Margarita Tupitsyn, entitled Rodchenko and Popova: Defining Constructivism; she also edited and contributed to that ground-breaking catalogue. Yet here a scholar/curator as important as Tupitsyn is merely footnoted just once in the current Royal Academy catalogue (p.97, Footnote 7). Her own work is not acknowledged in the listing: nor yet, is her Tate catalogue6 although of central significance even mentioned in the schedule of titles for Further Reading. This one is essential reading. Among other things, Tupitsyn, using Moscow sources and new research, had clarified there the working relationships of the two key protagonists Aleksandr Rodchenko and the prematurely deceased, brilliant Liubov Popova, and indeed the parallel, remarkably talented Varvara Stepanova. As research is now ongoing across the whole field, from innumerable sources, a more inclusive attitude is to be hoped for in the future. Other useful studies include the 1995 monograph on the Melnikov house by Andrei Gozak and Juhani Pallasmaa.7 Most relevantly this new exhibition does recognise in particular the central role of Liubov Popova in the evolution of Constructivism, and further emphasises the resultant interface aspects of art with architecture.

Here as exhibited, the archival photographs of that time, plus the new ones by Richard Pare, reveal the quality and ambition of what was built and how it has survived. It is also notable how both Le Corbusier in Paris and Erich Mendelsohn in Berlin succeeded in winning large-scale commissions from the revolutionary government, “hand on heart and mind” presumably about their absolute commitment “politically” to its aims. Meanwhile modernism in Europe continued to be seriously impeded by a general conservatism, both in Britain and latterly in Germany.8 These two determined foreign architects could now purport to share in Soviet Utopian dreams. Le Corbusier won the Soviet competition for the Tsentrosoyuz Building, Moscow (1929–36). He was lucky that this building could be realised at all, although not all his technological innovations were within the scope of the labour force or the available technology. Thus Le Corbusier in the end distanced himself from the final product, while the operating body for the institutional client itself changed. But as Richard Pare’s recent photographs reveal there survives intact a curvaceous Corbusian spatial experience internally, well articulated by his beloved piloti. And externally the master touch clearly shows. Likewise, Berlin-based Erich Mendelsohn was commissioned to design and build the Red Banner Textile Plant, St Petersburg (1925–37). Local changes were then imposed and similarly Mendelsohn disavowed the emergent building. Nonetheless today, as Pare’s recent photographs show, the principal aspect more or less conforms to the architect’s design – strikingly so. The fact remains that neither European architect seemed to realise their luck in each being enabled to build on a scale that they had never previously encountered. To add a salutary footnote, the latter work actually graced a City Guide Book to Leningrad of the time. Arrogance by masters can sometimes be forgiven.

The Russian architect drivers of this architectural corollary to social revolution, as featured in the exhibition are: Moisei Ginzburg (of the famed Narkomfin residential block), Konstantin Melnikov of the famous Rusakov Workers Club and the three Vesnin brothers – Aleksandr Vesnin notably collaborated with Liubov Popova as early as 1921 on what she herself had first created, a visionary architectural maquette: The City of the Future. It was subsequently incorporated, by Vesnin, in their joint project. These are relatively well known masterworks. Additionally Richard Pare has now brought in new photographs of a glazed triumph by Ivan Zholtovskii, the MOGES (Moscow City Power Station). Today, seen across the elegant river embankment at Osipenko Ulitsa, one is aware only of a multi-chimneyed classically inspired elevation: but enter the courtyard to the rear now and one is confronted by a superb run of the eight original tall demi-octagonal glazed bays, which looked to have defied the technology of the time. Evidence reveals that traditional constructional methods such as all-timber scaffolding had to be employed. Far afield at Baku, Azerbajan, Pare caught up with the Surakhani District Palace of Culture by Leonid Vesnin. This reveals a somewhat minimalist theatre rear elevation: an enigmatic and most un-theatrical block, which nonetheless utilises an economy of means to create a subtle impact that is wholly modernist. Ilia Golosov’s Zuev Workers Club (1927) with its glazed cylindrical corner, still functions today, as both a conference centre and theatre. By contrast Pare presents the lush Vorosilov Sanatorium (for Red Army Officers) by Miron Merzhanov (1930–34). In this late Constructivist building one might sense a kind of anticipatory Russian postmodernism, like a “creeping ivy”. It does seem here to have come in on an otherwise impressive modern sanatorium, all faithfully recorded.

From a wealth of other examples the exhibition (and catalogue) do concisely record the survival of a number of epic modernist buildings of the period, in many cases matched up with newly accessed photographs of the original build. A typological ordering of Pare’s subjects usefully presents the architecture to the viewer. However what is perhaps equally important in the overall interface of architecture and art (1915–35) in Russia is the context in which revolutionary concepts in art, itself inspired the architects, and vice versa the art community, to drive the movement to utopia forward.

Rodchenko and Tatlin, for example, collaborated on the design of Kafe Pittoresk in Moscow, a notable intellectual meeting place of the time, and together with Liubov Popova set there the new ideology for Constructivism, free from the taint of Marinetti. Then Rodchenko individually (while Popova recovered from a bout of typhus) himself sustained the direction. Now working with Varvara Stepanova, another key female player, the Suprematism of the painter Malevich was formally abandoned. Soon Popova and Aleksandr Vesnin as mentioned above, produced that striking example of architect-Artist collaboration, the design for the Third Congress of the Communist International (1921). This allegorical-architectural work The Mass Spectacle of the Struggle and Victory of the Soviets, includes within it a line drawn version of Popova’s, City of the Future maquette: now incorporated within a dramatic assemblage of tall triangulated lattices. Her model is important, (Cat/Plate 43) as is the Vesnin collaboration, to the theme of the current exhibition.9

As if to offer an intended “closure”, the Lenin Mausoleum by Aleksei Shchusev (1924–30) ends the sequence of Pare’s photographs, its reflective surface of dark red granite, with marble and other fine masonry, must however clearly raise a question mark over the catalogue’s own proffered conclusion that this architect’s presumed, incorporated “Constructivist” principles, linked with a clearly historicist mindset. That is surely as such a case, “not proven”.

Nor is the Mausoleum a closure for the Movement however powerful the massive memorial container might seem to the public especially in a snowbound Red Square. One might rather claim that a real Constructivism does otherwise indeed survive as a key inspirational source for what is now classified as “late modernism”,10 in both art and architecture. Although 20th-century historians had previously in part grasped the message and the meaning, this new exhibition as it now travels on importantly to Berlin can best serve, as an early marker for what must sometime in the second decade of the 21st century become a comprehensive redefinition of the subject of Constuctivism and its broadening influence. In the newer global context, so too a major international exhibition is indeed required, to give the full picture and wider context of this formative and historic movement. The Royal Academy Exhibition admirably prompts the issue. Mary Ann Stevens here and her curatorial colleagues are indeed to be congratulated on their achievement. 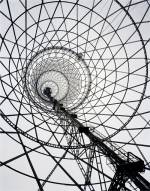 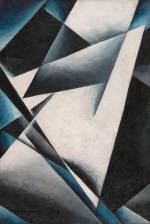 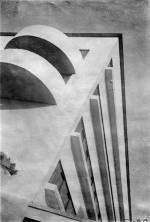 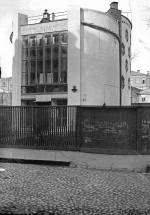