There is good reason this month in London to revisit Cranach. Last year saw the Courtauld Institute steal a march: this is all the more notable because before these two exhibitions there had never been a Cranach show here.

The Courtauld's exhibition was entitled 'Temptation in Eden' and centred on Lucas Cranach's 'Adam and Eve' sequence of works. Although only some half-dozen works out of 25 sprang from this theme, it was a hard act for the Royal Academy to follow; there was an also exceptional Courtauld Institute catalogue. It is not for nothing that contemporary artist and former Turner Prize winner Douglas Gordon is himself developing a major interest in Cranach; there is something most compelling to the contemporary eye about the Cranach phenomenon. But who would have guessed that the London Underground would take umbrage over the image of Venus chosen to promote their exhibition by the Royal Academy? Cranach of course would have been amused at the situation, but his friend Martin Luther perhaps less so. Venus was laid before the public standing only in a necklace, and like a consummate stripper/lap dancer, gently waving a transparent, provocatively wispy veil of gauze ...

The RA's show was of course planned and negotiated well in advance for this retrospective, coming as it did from Frankfurt's much larger exhibition. And it has had all things going for it. In the first place, the Sackler Galleries at the Royal Academy offer the perfect venue, superbly proportioned yet modest, even intimate, in scale. Following the definitive appetiser created at the Courtauld last year, the stage was set to provide an overview exploring the extent to which Cranach's liking for willowy Teutonic virgins could run alongside his sobering renderings of Luther, minister to Cranach's successful materialisation of what he sensed was the zeitgeist, the spirit of that age. In particular, Cranach's heady dramatisation of the 'Martyrdom of St Catherine', in all its gory detail, is entirely appropriate where it is hung. How bizarrely inventive, even kinked, is the dress of the executioner, one half his highly coloured apparent jumpsuit, the other, whiter half holding fast his severely constraining 'jock strap' (like some male body stocking) and in a further state of undress, missing one boot. Why? Catherine has tugged it off in some last desperate pre-execution struggle.

Cranach came from Kranach in that southern German heartland from where so much history has billowed forth; Franconia, Bayreuth, Nuremberg: here, the tectonic plates of Roman Catholicism and Protestantism nudged along against each other. Luther's surprise support for art while he was hammering treatises on the church door in Wittenberg enabled the wily Cranach to ride two horses simultaneously: accepting the favours of Cardinal Albrecht, while keeping in contact with Luther himself. Cranach seemed to have a very modern skill in manipulating patronage.

At the Frankfurt version of the exhibition, Cranach's different themes could of course be allowed full rein, but the discipline imposed curatorially by the reduced space of the Sackler Galleries meant they could only present key examples. In the couples, the Saint Jeromes and the Adam and Eve sequences - simply or paired - there is no diminution of Cranach's meaning. The wonder is how Cranach could put up with being tethered to the sole patronage of the Saxon Court at Wittenberg. But he did. For example, how skilfully he has handled the context of the substantial 'Triptych with the Holy Kinship', in which he equates the Elector Frederick III's own family with the Holy Family (one could not get more flattering than this to one's patron and master). This was the time when southern Germany was being turned culturally by the surge of romantic artistry and craftsmanship from across the Alps. It is not widely known that Cranach was also the publisher of Luther's 1522 Wittenberg German New Testament. Cranach always maintained a deeply-founded affinity with his Saxon roots. Not for nothing did he portray the corrupt and ruthless Cardinal Albrecht, an avowed opponent of Luther, as Saint Jerome.

Surely it can be no surprise that Adolf Hitler coveted and appropriated Cranach's 'Cupid Complaining to Venus' (now in the National Gallery, London). Racially, intellectually and culturally, his work touched that fundamental self-image preferred by the German people: those exclusivities in Hitler's Reich that brought the deluge, his downfall.

In a commendable recent article, Timothy Hyman says, 'There is a special note struck by Cranach in his mature work, a deliberate depthlessness, a slightly heartless wit, a steely clarity and economy. These were the qualities that so appealed to German artists in the years after l918, who reacted against excessive emotionality, and sought a new Sachlichkeit - a factuality or objectivity'.1

Here was the German soul laid bare. Here too was Cranach, who greatly improved our understanding of Luther, and the environment from which he sprang ... 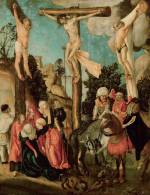 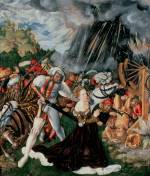 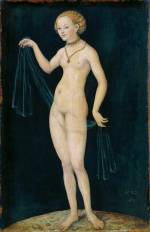 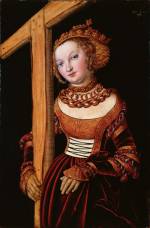 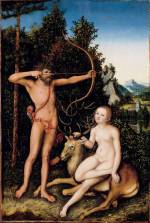 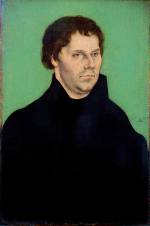