The superb exhibition now filling four rooms of the Sackler Wing at the Royal Academy, London, is appropriately designated 'Masterpieces from Dresden'. The exhibition serves at least two purposes. First, such superb masterworks as those by Cranach, Dürer, Bellotto, Canaletto, Friedrich and Rubens serve to remind us of the cultural nexus that has comprised Dresden over five centuries of European history. When the House of Wettin, the ruling dukes, became Electors in 1423, a process began which led initially to the founding of the Kunstkammer (Art Chamber) in 1560. By the l8th century the collections were rapidly increasing in size, stimulated by rivalry with other European centres, including the emergent Venice of the North, St Petersburg.

A second, particular justification for this triumphant exhibition lies in the survival of art from Dresden, against a 20th century variant of 'shock and awe' — the ruthless, random, and unremitting bombing and fireballing of the city in the closing months of World War II. Fortunately, unlike Iraq's museums, precautions had ensured that the works were safely removed to secure repositories before the bombing got under way. Nor was there any of the uncontrolled looting which has been allowed to occur in Baghdad. This exhibition is timely as a reminder of the ignorance that commands contemporary strategy, as if earlier aerial demolitions, such as the bombing to ruin of the Abbey of Monte Cassino, went unheeded. This exhibition testifies to art's propensity, on the whole, to be saved from the effects of man-made and natural disasters; later still, the works at Dresden were rescued when, in August 2002, torrential floodwater surged from the river Elbe's broken banks into Dresden's historic centre.

War has also indirectly benefited Dresden's collection. In l741, some 268 paintings were acquired from the Wallenstein collection previously centred at Dux, in Bohemia. Much of this collection represented previous 17th century war spoils assembled by the militarily adept Wallenstein succession. The works ended up in Dresden, to the envy of the newly founded St Petersburg. Dresden now grew apace as a cultural centre. Bellotto had shown how the city might boast a townscape as brilliant as that of Vienna. In the 19th century, Dresden became the chosen centre of the German Romantic movement in painting, represented by the numerous works of Caspar David Friedrich, which enhanced the collections further.

The exhibition at the Royal Academy serves the two roles outlined here. In the second, we are reminded of the late WG Sebald whose book, On the Natural History of Destruction, was published posthumously in English this year, 'For every inhabitant of Dresden there were 42.8 cubic metres of rubble'. Nor should we forget that further North, St Petersburg suffered total destruction by the Germans, with close to one million killed. Only some 600,000 German civilians had been killed at Dresden. That had been Churchill's showpiece for Stalin, and clearly Leningrad featured in the argument.

Out of Armageddon, Europe's great cities such were painstakingly rebuilt. The Dresden collection emerges as a powerful demonstration of humanity's ability to regroup and survive. Dresden also carries important legacies of the 20th century art movements; from Die Brucke (The Bridge), founded in the city by Kirchner, Heckel, Schmidt-Rotluff and Nolde in 1905, to Oskar Kokoschka who taught in Dresden from the end of World War I until 1924, imbuing his students with direct experience of the Old Masters in the collection. Much later, outstanding 20th century artists such as Gerhard Richter grew up in Dresden.

Walking through the perfectly proportioned Sackler Rooms, on the second floor of the Royal Academy Sackler Wing, one realises in this serene environment the salvation that has been offered by Dresden from the memories of Armageddon. A great European artistic repository has somehow been reborn. In the words of Stanislaw Lem, quoted from Imaginary Magnitude, and repeated at the head of Sebald's first chapter, 'The trick of elimination is every expert's defensive reflex'. We should not ourselves forget such lessons. September 11 and the Iraqi atrocities place us once again on red alert. 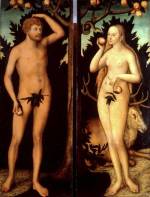 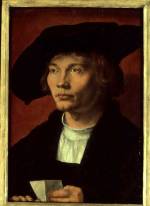