Uluru – a place without analogy

Rock of Ages, Cleft for Me - Recent Paintings by Michael Andrews

In the summer of 1986 there burst upon London, virtually unheralded, a major series of paintings, by Michael Andrews, of Ayers Rock, that primal psychological and geological hub of Australia. Andrews visited Australia for one month in October 1983, and since then Ayers Rock has dominated his Norfolk studio. As Andrews explained to me, I only had ten days at the Rock, but then it was such an intensive reckoning that it was either ten days or two years there.

That experience has led Andrews to spend more than three years committed to the subject matter he amassed while there, in the form of initial sketches and watercolours, then photographs of these. Transposed to Norfolk too were handfuls of the red sand, and clumps of spinifex as mementos.

Andrews, famous for early Sixties figurative works such as The Colony Room, later paintings of mysterious piers, and, latterly, for paintings of scenes to which one may 'belong', realised a longfelt wish about Uluru. The ten days' exposure to his retina led him to produce an impressive volume of documentation, of which the five large paintings shown in Anthony d'Offay's spacious new rooms are only the first stage. Andrews is now working on a major new painting which takes the same series further, in which he seeks to represent the gradual metamorphosis that changing light conveys over the rock.

There is a sense of wonder in Andrews' paintings but little romanticism. Time exposure is a very critical factor, carefully measured by Andrews. He experienced the potency, the latent spiritual energy of the place and its history in a contemplative way, without short-cut methods of working and with a total objectivity. Some of the profiles which emerge in Andrews' sketches seem to belie the whole apparatus of tourism and assimilation by ready representation. These views are not simply other angles, but record what may be permanently non-assimilable. 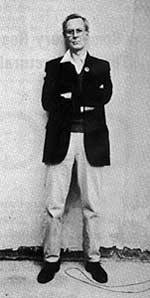