Beauty that is Always Strange. Dead or Alive, Museum of Arts and Design, New York, 2010

Beauty that is Always Strange

Bones and blood. Feathers and shells. Insects and animals. Plants and flowers.

It is not possible to pinpoint precisely when these and other remnants of life first appeared in art. Like the human need to create, it seems that organic matter has always been a source of inspiration for artists, priests, shamans and alchemists. In some cultures, they are still used as ritual items, talismans, fetishes and conduits for transformation. As a primitive means of communication, bones and blood, for example, bring death to our doorsteps. In its earthly state a dung beetle, the iridescent Egyptian scarab, symbolises sunrise; formerly a plain caterpillar, butterflies are universally acknowledged as signs of spirit, hope or merely good luck. On the visual level, dead and discarded materials tap the roots of human emotions and fears. As such, it is not surprising that today artists use them to examine personal and global concerns.

Since 1997, when Chief Curator David Revere McFadden joined the Museum of Arts and Design (MAD) in New York, this venue has exhibited some of the most unusual art works within intriguing curatorial premises; for example, MAD's series centred on contemporary artists embracing traditional craft techniques.1 The most recent example of MAD's bravado, Dead or Alive, features nearly 40 international artists whose works repulse, attract and chill. At certain points in viewing Dead or Alive, visitors might imagine they have entered a fine art Ripley's Believe it or Not! or Hugh Lofting's classic children's book Doctor Dolittle. Aside from their shock value, the works in Dead or Alive, some site-specific, are strangely beautiful, supporting 19th-century French poet Charles Baudelaire's idea that, at its purest level, beauty reflects every shade of human experience, from the sublime to the horrific.
While Dead or Alive pivots on the nature of the materials, these are sophisticated conceptual works. Reviews and interviews with their creators contain provocative debates of sources and intents, yet the artists' own reductive statements prove most powerful. Wisely, exhibit curators McFadden and Lowery Stokes Sims have limited outsider points of view. Instead, visitors will read the artists' words on fixtures positioned before their works. Similarly, the catalogue functions as a direct verbal link between viewers and artists; sandwiched between critical essays by McFadden and Stokes Sims, one section consists exclusively of quoted statements illustrated on double-page spreads with exhibited and other works.2 McFadden's historical overview, "Hunters and Gatherers", and Stokes Sims's musings on Material, Surface, Residue and Pattern provide background and give intellectual depth to this complex art.

McFadden connects artists in Dead or Alive to a wide range of historical influences: Wunderkabinetten (cabinets of curiosities) created by wealthy amateur naturalists in the 16th and 17th centuries; taxonomically ordered displays influenced by Swedish physician Carl Linnaeus’s Systema Naturae (1735) and Charles Darwin's On the Origins of the Species (1859) in the 18th and 19th centuries; coquillage bouquets and memorial wreaths made by Victorian women; the emerging field of taxidermy; early 20th-century natural history museum conventions; folk and outsider art of the past two centuries; the Surrealists of the 1920s; and modern artists working with common, cast-off materials (eg Joseph Beuys, Piero Manzoni, Marcel Broodthaers) in the 1960s. Paging through McFadden's essay is, itself, a trip through a cabinet of curiosities. Illustrations here exemplify Baudelaire's notion of strange beauty: an arrangement of shells, seaweed and coral in intricate patterns, including a grotesque satyr head, from Dutch pharmacist Albertus Seba’s Locupletissimi rerum naturalium thesauri (1734–1736); Wenzel Friedrich’s snake-like longhorn armchair ca.1880–90; Brazilian beetle and gold parure jewellery from 1876; English taxidermist Walter Potter’s (1835–1918) Tea Party Tableau; Aggie Smith’s (1844–1918) Lake City, Florida, “Bone Yard”; and the haunting Sedlec Ossuary, built ca.1870, in the Czech Republic. Untrained but passionate, Potter and Smith pursued their art with professional dedication. Potter’s arrangement of cute furry animals in domestic and recreational scenes brings to mind English artist Beatrix Potter until one realises that these animals are dead. Born later and no relation to Walter, Beatrix was, some commentators believe, influenced by him. Former slave Smith reinterpreted her garden as performance space and outdoor museum for her bone sculptures.

Like Walter Potter did a century before her, Jennifer Angus builds resplendent Victorian Fantasies. Whether room-scale (A Terrible Beauty, Chapter III: To Have and To Hold, a 2007 installation at Musée d’art de Joliette, Quebec) or self-contained, with windows offering peeks into a box of wonders (at MAD), Angus’s interior designs are patterned with colourful and exotic insects. They mimic magnificently restored Victorian homes with elaborate wallpapers, border trims and furnishing, and sentimental framed paintings. Angus challenges common fears of insects that share and contribute to our environment. Denying adjectives commonly associated with insects (dirty, disease-carrying, repugnant, harmful), she presents her art as a barometer of viewers’ opinions. As children, she points out, insects are our friends. She says,

“Famous insects appear in children’s literature, from the caterpillar in [Lewis Carroll’s] Alice in Wonderland to the insect companions in [Roald Dahl’s] James and the Giant Peach. I try to capture the magic we experienced as children.”3

Angus’s design skill ensures that viewers’ initial reactions are positive. Similarly, Stokes Sims points out, English artist Damien Hirst “allows the inherent shape, design and pattern on the wings [of butterflies] to predict the final visual effect” of his contribution to Dead or Alive. Those familiar with Hirst’s frequently controversial works should adjust their expectations. Shown at MAD, Hirst’s mandala-shaped Prophecy (2008) is a visual treat. Composed of butterflies in glorious tones of blue and sea green, Prophecy might easily be confused with a stained-glass cathedral window.

For the most part, though, Dead or Alive artists focus on life. During the past decade, the world “organic” has become ubiquitous. Manufacturers of organic foods, clothing, cosmetics, furniture and building materials advertise their products’ higher quality and greater value. McFadden describes artists working with organic materials as “transmutational magicians who confront mortality through metamorphosis” and their works as “living art”.4 For instance, Tanja Smeets’s installations literally grow on surfaces. In the act of creation, they become part of their new environment’s living organism. Combining inorganic materials (foam rubber, plastic wire, polyester) with lentils, dried beans and other plant substances, Smeets forms growths encased in plastic hose and lycra stockings. Displayed in professionally designed, orderly spaces and on building surfaces, her works remind viewers that, if not respected, organic processes threaten to engulf us.

Light is a vivid symbol of life force. A number of Dead or Alive artists make illuminated works. Amsterdam-based studio Drift (Lonneke Gordijn and Ralph Nauta) use fragile organic materials in their pioneering, ecologically sound lighting sources. Consisting of interlocking conductive metal struts supporting LED lights positioned inside dandelion seedheads, the company’s Fragile Future appears at MAD. Julia Lohmann and Gero Grundman collaborated on a series of Kelp Constructs, made from Japanese seaweed, wood, metal and light fittings. Dead or Alive includes these as well as the artists’ Tidal Ossuary vases, made from animal bones found along the river Thames in London, gathered more than 100 years after the creatures were slaughtered at the Smithfield meat market.

Beyond particular salient issues raised in Dead or Alive, the Wunderkabinetten selected by McFadden and Stokes Sims question the definition, meaning and function of art; argue for impeccable skill as an aesthetic absolute; suggest a primary role for the artist in society; and place the viewer in the act of creation. Using materials observed and encountered daily by people everywhere, Dead or Alive artists make art from life. And like life, the resulting beauty is complex and confounding – and always, undeniably, strange.

References
1. See Studio International for an interview with David Revere McFadden, Mad's Chief Curator Makes An Art of Making Connections; and a review of Contemporary Artists Embrace a Radical Tradition
2. Published by the museum, the 144-page, full-colour hardcover volume includes brief artist biographies and retails for US$29.95. It is available in the MAD gift shop and from MAD's Web site: http://thestore.madmuseum.org
3. Exhibition catalogue, p.77
4. Ibid, p.19
5. Ibid, p.25 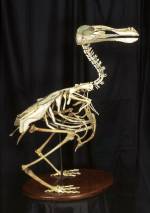 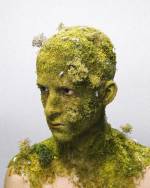 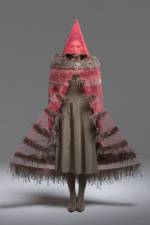