A Master Bows to His Country and His People: Balenciaga and Spain by Hamish Bowles

A Master Bows to His Country and His People

Calling Cristóbal Balenciaga (1895–1972) a fashion designer is like calling Picasso a painter. At their level of mastery, these two sons of Spain pursued their rarified visions with rigour, passion and fierce individuality. Numerous subtle and many obvious differences set Balenciaga – the man and his designs – apart from the fashion industry. A singular conception of his heritage shaped Balenciaga’s life and work. From Spanish royalty and high-ranking church figures to humble priests, farmers, fishermen (his father was one), bullfighters, flamenco dancers and gypsies, Balenciaga recognised an ideal in each character, materialised in courtly and traditional dress.

Balenciaga spent two decades honing his tailoring and dressmaking skills in Spain, first in the medieval town of Guetaria where he was born. Aged 19 he opened a dressmaking business in the fashionable resort town of San Sebastían. Eventually, Balenciaga established salons in Madrid and Barcelona. Although he achieved great success with orders from the royal family and other wealthy clients, Balenciaga chose to flee Spain to escape the bloody Spanish Civil War, which ravaged the country from July 1936 to April 1939. Leaving his salons in the hands of devoted employees, he took refuge in Paris where, in 1937, he founded his couture house.

Examples of Balenciaga’s work have and continue to appear in many of the large museum fashion showcases staged after his death in 1972. His aesthetic (or métier, as he called it) has influenced most of the major designers from his time to the present day, while elements of his designs have been reworked in inferior fabrics and with much less finesse by the middle tier. Hidden from the public eye by choice, extremely generous to the young designers that he took under his wing, Balenciaga drew praise and astonishment from the press and his famous and wealthy clients.

Beginning last spring, contemporary journalists and general audiences have echoed such praise, due to a series of shows entirely devoted to Balenciaga:

Cristóbal Balenciaga, Philippe Venet, Hubert de Givenchy: Grand Traditions of French Couture, held at Château de Haroué in Lorraine, France (10 May–17 August 2010), displayed designs by these designers in the lavish ancestral home of the Beauvau-Craon Family, which was built in 1720. Inspired by a recent restoration and the relationship between the designers and Princess Minnie de Beauvau-Craon, grandmother of the current owner of the chateau, the show consisted of gloriously coloured and embellished gowns positioned in Haroué’s lavish interiors. The gowns were selected by de Givenchy, president of the Cristóbal Balenciaga Foundation, along with Venet and Princess Minnie. The exquisite slipcased, small-format gift book developed by Christiane De Nicolay-Mazery includes photos of de Givenchy fitting Audrey Hepburn for a scene in the 1959 film The Nun’s Story, and Doña Fabiola de Mora y Aragón wearing the dress that Balenciaga made for her 1960 wedding to Baudouin I of Belgium. Published by Flammarion in French and English editions, Rizzoli is distributing the volume in the US.

The author best describes this jewel of a book in her introduction:

“I planned this diminutive book as a reminder of those precious ‘compacts’, those little cases of gold, enamel or mother-of-pearl that people gave to one another in centuries past as a sign of friendship. Its pages create links between the majestic architecture, the glamorous furnishings, the family portraits, the velvet and silken wall linings [of Château de Haroué] and the world of haute couture.”

Balenciaga: Designing the Limits, held in Bilbao, Spain, at the Bilbao Fine Arts Museum (10 May–26 September 2010) opened on the same day at the Haroué exhibit and included approximately 40 garments made by the Basque designer.

In late autumn, at the impetus of Oscar de la Renta, a small exhibit opened in New York at Queen Sofia Spanish Institute (19 November 2010–19 February 2011), where de la Renta is chairman of the board. The focus of the show, and the expanded version (approximately 120 garments) of it now displayed at the de Young Museum in San Francisco (26 March–4 July 2011), is Balenciaga’s preoccupation with his heritage. Almost immediately after Balenciaga appeared in Paris, the press noted his artistic blending of Spanish art, history, culture and religion into modern and sophisticated fashions. As Curator Hamish Bowles demonstrates in Balenciaga: Spanish Master (a commemorative volume produced for the Queen Sofia exhibit) and Balenciaga and Spain (a full-scale monograph accompanying the de Young show), evidence of such influences abound in Balenciaga’s work.

Like his subject, Bowles, who is European editor at large for Vogue, reaches past the obvious. Bowles and his team of exhibit and catalogue designers have produced an evocative visual meditation on creative transmutation. Given Balenciaga’s religious devotion and attraction to clerical garments, it might be more accurate to term the designer’s métier as creative transubstantiation or alchemy.

Bowles’s monograph begins with a remembrance of the designer by his longtime client Baroness Pauline de Rothschild, dated February 1973. Her heartfelt and deeply personal recollections (typed with errors and overstrikes by her own hand) demonstrate the hermit-like designer’s powerful effect on those who knew him.

With each collection, Balenciaga extended his riffs on historical costumes, moving farther away from direct correspondences to indirect sympathies. As Bowles states in his introduction:

“During the first half of Balenciaga’s Paris career, the Spanish influence on his work was overt; his designs referenced widely recognizable tropes such as the bata de cola (dress with a ruffled train) of the flamenco dancer and, although he disliked bullfights, the nineteenth-century matador’s traje de luces (suit of lights).”

One of the most remarkable aspects of the designer’s work is the way in which he could indulge his love of “brilliant colors, beads, pailletes, pompoms and the little jacket of the matador,” in Bowles’s words, while producing garments that were the antithesis of flamboyant.

By 1968, when Balenciaga closed his fashion house, he had achieved legendary status, and was revered by his peers, clients and the top names in fashion journalism. Some he counted as friends (for example, Elsa Schiaparelli and, for a time, Coco Chanel). For the most part, Balenciaga was wed to his work. He cultivated his clientele but rarely socialised; collected art and costumes but did not frequent museums; bought and furnished houses but could not find the time to live in them; and created a much-talked about persona but remained a mystery even to those closest to him. With nearly monastic severity, Balenciaga ruled his house, permitting occasional glimpses of a lighter side to his personality with his playful hats (These hats share an irreverent spirit with those created by Schiaparelli). Bowles comments that “Balenciaga’s salon was constantly compared to a house of worship”.

With 256 pages and more than 200 illustrations – ensembles, period photos, fine art, drawings from the Balenciaga house archives, etc – Bowles’s monograph explores yet preserves the Balenciaga mystique. In fact, Bowles’s treatment portrays the designer in the way, one imagines, Balenciaga would have chosen: through his work and the Spanish culture that infused it. 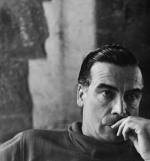 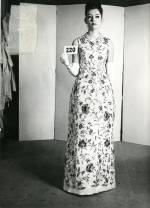 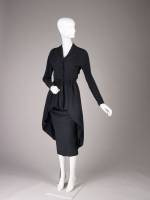 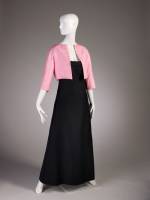 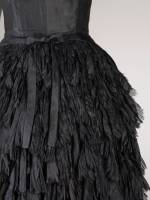 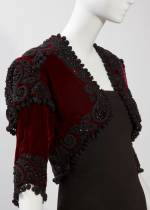 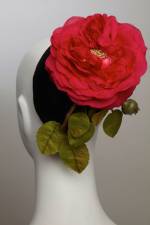 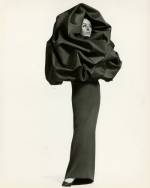 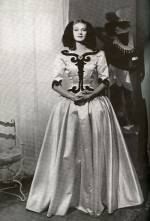 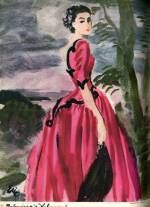 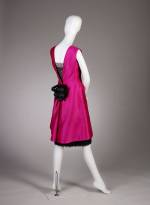 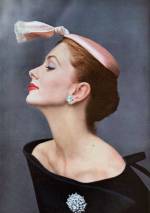 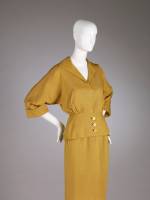