A Backward Glance: Giorgio Morandi and the Old Masters

A Backward Glance: Giorgio Morandi and the Old Masters

Giorgio Morandi spent his 40-year career making work that was all about repetition and variation. The Italian painter of still lifes, who was born in the ancient university town of Bologna in 1890, had little interest in painting anything other than the vases, jugs and cups that were arranged on the table in his flat. The objects never changed, but were simply reconfigured over and over, with certain vessels making an appearance across decades. Occupying one small room in a simple apartment he shared with his three sisters, Morandi slept in the same space as he worked and was known as “il monaco” (the monk). He taught at the local fine arts academy, leaving his hometown only on occasion. Morandi’s paintings filter this feeling of seclusion, but it turns out that the artist took a considerable amount of direction from the outside world, as this exhibition at Guggenheim Bilbao proves. 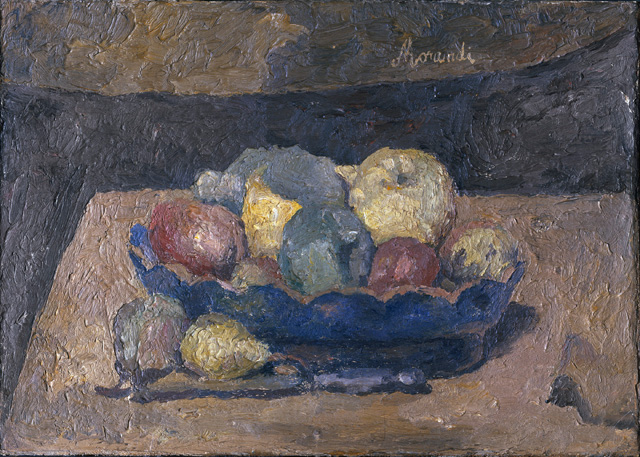 For an artist who is often discussed in relation to the singular world he created, untouched by anything other than his own obsessive preoccupation with the domestic objects he looked at every day, placing Morandi among the Old Master artists who influenced him creates an interesting context. The show is organised by gallery, with each of the three rooms exploring artists with whom Morandi was coming into contact – through books and periodicals, mainly. The first room focuses on Spanish Golden Age heavyweights Diego Velázquez, El Greco and Francisco de Zurbarán, who were being rediscovered in Italy in the early 20th century. Morandi was interested in small details: for instance, he was completely swayed by the way in which El Greco painted flowers. His own early compositions, a handful of which included vases of flowers, appear expressionistic. Flowers (Fiori) from 1915, the earliest painting by Morandi on display, is almost cartoonish. In the adjacent groups of table objects from 1920 and 21, a more traditional still life structure is visible – four solemn vessels lined up in a row, bathed in darkness. 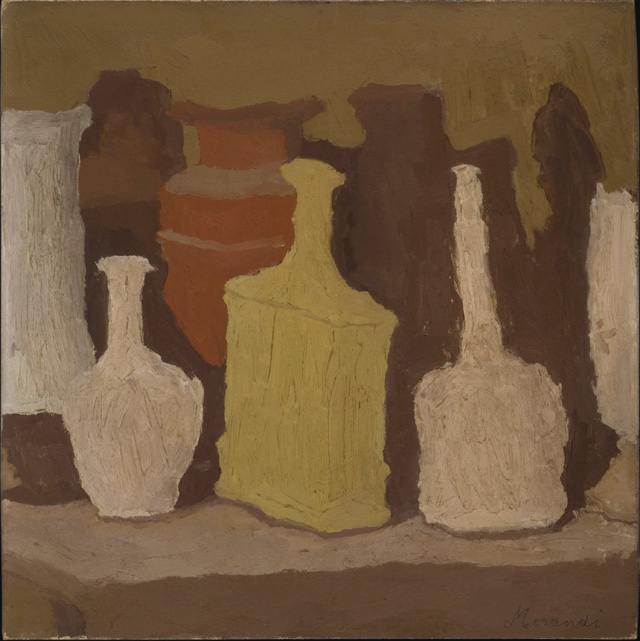 Morandi’s works in the next gallery, the bulk of which date from the 30s, are cubist-like at times. The jugs and bowls become sharper and more noticeable; objects merge into one another at slightly off angles. Morandi’s predecessors are presented in this second room, which puts together a picture of where he fell among his Bolognese counterparts. Paintings by the 17th-century artist Giuseppe Maria Crespi show a skill for depicting religious scenes that were lifelike, but possessed tonal drama. According to Roberto Longhi, a renowned art historian and critic, Morandi, who was his friend, fitted seamlessly into this Bolognese trajectory. The atmospheric similarities are noticeable – Morandi’s dense, concentrated forms are somehow always still nimble. Tellingly, Morandi owned four small paintings by Crespi. 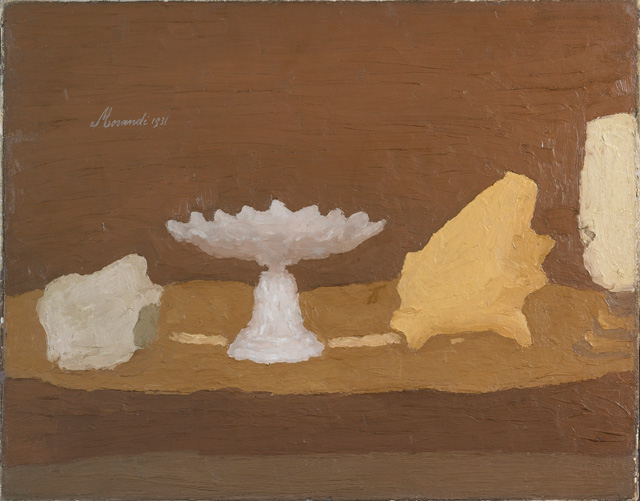 By the mid-30s Morandi seems to have defined his aesthetic, one that dominated his career until his death in 1964. His palette continued to revolve around muted beiges, browns and whites, sometimes broken up by a bright green or yellow object. His passion for Jean-Baptiste-Simeón Chardin, seen in the third gallery, is attributed to the French genre painter’s development of the still life as modern and self-referential. Although Morandi’s devotion to his cherished objects can become tiresome – in the final gallery, Chardin’s prowess is glaring in comparison – the artist was interesting in that he was able to make his own addition to the genre. He did away with fruit, books and musical instruments, for the most part, instead focusing solely on containers. The intense attention to geometry and seriality also enabled Morandi to create a new perceptual space. His restrained paintings modify reality, but never become completely abstract.

The show offers a new perspective on Morandi. His tabletop arrangements are both mysterious and melancholic but, at their worst, there is an air of phoniness. An anecdote relayed by the exhibition’s curator, however, prompts a reconsideration of Morandi’s motives. In April 1961, the artist went to see Thelonius Monk perform in Milan. The legendary jazz pianist, known for a unique style that helped to shape modern jazz, proved to be a revelation. Travelling back to Bologna the next day, Morandi wrote a letter to Monk. “Last night, I obtained a lot of answers from you,” he declared. It is just a shame that this encounter took place three years before Morandi died. 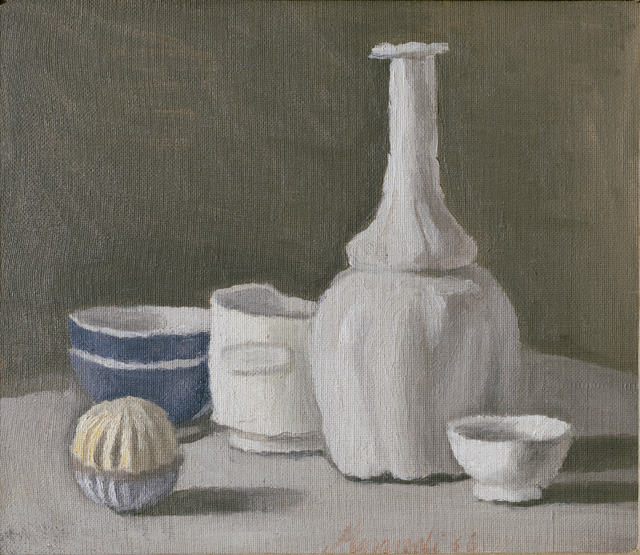 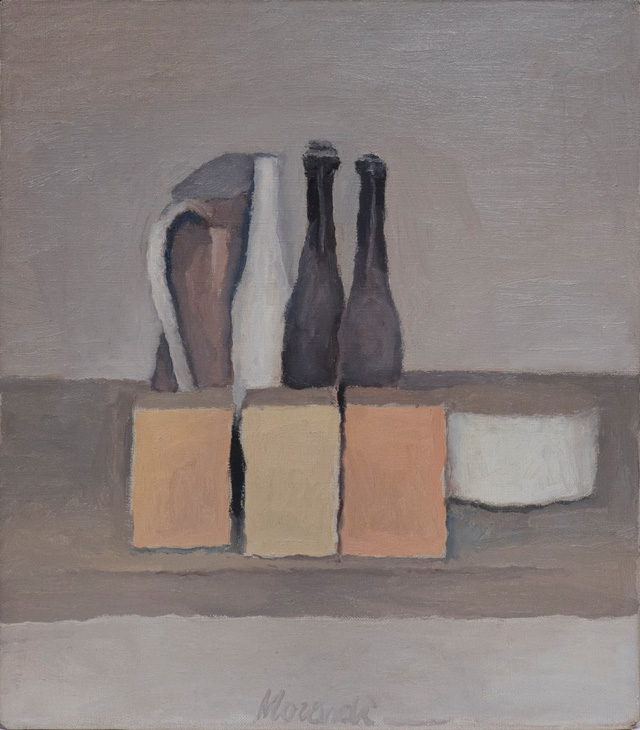 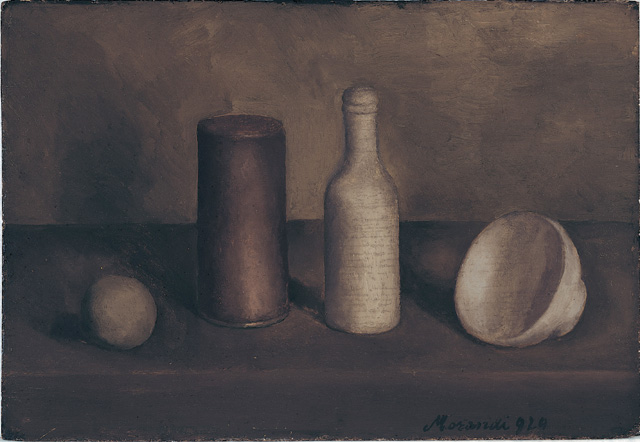 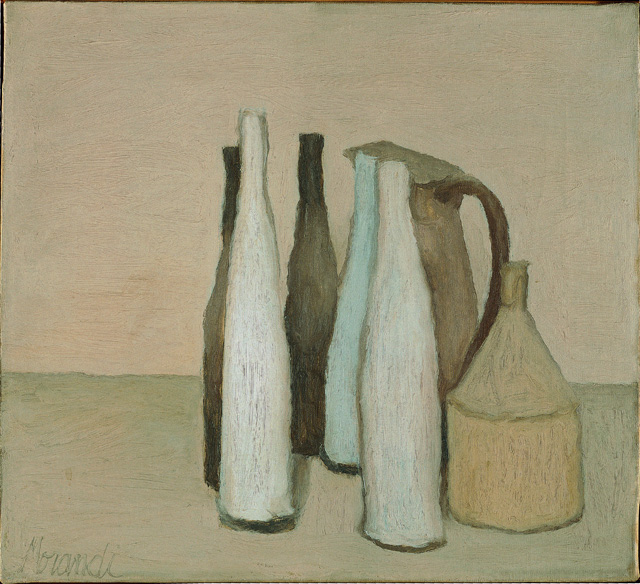