Virgile Ittah: ‘I think it’s in an artist’s genes – they never follow the rules’

Virgile Ittah: ‘I think it’s in an artist’s genes – they never follow the rules’

The artist talks about her unique wax modelling technique, her current collaboration, and explains why she feels gender is no longer an issue

Once you have seen the work of the London-based French artist Virgile Ittah (b1981, Paris), it is not something you will easily forget. Her life-size, haunting wax bodies, seemingly melting or decomposing as they lay collapsed across their metal bed frames or chairs, seek not to be sculptures, but to be human beings. Their transparency gives them an eerie, uncanny quality, and yet, in their abjection lies a beauty, perhaps a result of their inherent contradictions: fragility versus solidity, warmth versus coldness, life versus death.

Currently one of the 14 women artists in the Saatchi Gallery’s first all-women exhibition, Champagne Life, Ittah spoke to Studio International about her technique, her current collaboration with her partner, Kai Yoda, and her thoughts on the status of female artists today.

Anna McNay: Your works have been compared to those of Belgian artist Berlinde de Bruyckere and you yourself have spoken before of your debt to Rodin. Apart from the work of other artists, where does your inspiration usually come from?

Virgile Ittah: I think it comes from the state of mind I’m in at that moment, so it’s a lot about being obsessed with a specific object or subject. I’m really inspired by my personal life and historical life, but also by society in general and what’s happening in the world. It’s all really interesting for me.

AMc: You quite often use yourself as a model.

VI: Yes. It just happened like this naturally because I didn’t really want to use a model and, in the end, I thought, since I was talking largely about myself, why shouldn’t I use myself as the model?

AMc: Do you work with mirrors or photographs?

AMc: And you don’t actually cast the body, do you?

VI: No, I don’t. It’s just modelling – so progressively adding the wax on to the metal structure, starting from the inside and working outwards.

AMc: Can you talk me through the process a little bit?

VI: Yes, of course. Modelling is an old process but, instead of using clay, which is more common, I fell in love straight away with wax, because it has this transparent quality and it’s a warm material like skin and flesh. I felt it was the best material for rendering emotions. I use a technique of putting white spirit in with the wax, which gives it transparency and flexibility, and then the wax takes on the quality of human flesh, which is maybe why it looks so alive.

AMc: Did you develop that technique yourself?

VI: Yes, I’ve been researching for five years. I also put in some marble dust and some people think, from a distance, it’s a real marble sculpture. This idea of fake marble as a kind of fake identity, or simulation, is a major theme for me.

AMc: Was there was a lot of experimentation, getting the mixture right?

VI: Yes, and a lot of failure and collapsing. Unlike painters, sculptors have to deal with gravity.

AMc: Presumably the mixture is quite fluid when you are working with it?

VI: Yes, the melting point for the wax is 70C and so when I warm it in the pot, it’s still liquid, and then when I take it in my hand, it’s about body temperature, around 37C, and then I progressively model and add it to the sculpture. There is a unique feel to working with a warm material. It’s very sensual and it feels alive. It’s a lot more difficult to work with wax than with clay – wax has its own will. I find it really interesting not to have full control of the process and the outcome. The material has the control.

AMc: How much of a problem is it to preserve your sculptures? Are they particularly vulnerable?

VI: No. You have wax sculptures, like Degas’ Little Dancer Aged Fourteen (1878-81) In fact, there are much older wax sculptures, too. Long ago, when French kings died, wax figures would be made of them and people would pray to the wax figure instead of the king. The wax that I use is not beeswax, which is what they used, but microcrystalline and paraffin, which is derived from coal or oil. So it is very long lasting. And it would have to reach 70C again to begin to melt.

AMc: What about the colour? Do you keep your figures white because of the marble effect and the transparency?

VI: Yes, in part. I think subconsciously, however, I was also dealing with the question of what it is to be white – it was a lot about ethnicity. Also, in the 18th century, sculpture used to be bleached to make it whiter and remove all the colour, following the tradition of antique sculpture being white. Lately, I have begun to progressively add more colour, but, yes, I think I was previously making reference to antique sculpture and our vision of being white.

Since August 2015, I’ve been focusing on a collaboration with my partner Kai Yoda, and we’re going to have a show together in February at the Annka Kultys Gallery in east London. Our collaborative name is Ittah Yoda. Since we've been working together, my work has begun to change and shift.

AMc: Are you still working with wax?

VI: I still work with wax, yes, but our collaborative work is with silicon and marble. I worked for so long on this idea of fake marble, but now I’m integrating real marble, which is really interesting. I imagine it’s related to how I am changing personally as well.

AMc: Were you ever taught how to work with marble?

VI: No, because we are just using a basic slab of marble and we are making sculptures using 3D cutting technology. It’s really interesting to use this new technology to bring figurative sculpture into a contemporary abstract environment. This kind of contradiction between tradition and contemporary technology really intrigues us.

AMc: It must be a very different process from what you are used to, because presumably you’re cutting away as well, rather than building up.

VI: Yes, it’s a very different process. With modelling, I think you have much more freedom, because you’re adding to the structure and you have this idea in your mind that you can progressively build upon. It’s a full creation. Cutting away is like making something out of something that already exists, which I feel is a very different thing philosophically.

AMc: And if it goes wrong, it’s harder to fix it.

VI: Yes, you have to start again.

AMc: The process of collaborating with someone must be very different from working alone, as well.

VI: Yes, it’s very different. We’ve been working together for three years now, but we’ve been taking it much more seriously since August. Also, Kai’s a male artist and is Japanese/Swedish. I’m a female and French/North African. We are a couple as well, so it’s all about learning to make compromises. We are constantly coming from opposite standpoints, which I find really fascinating. It is also interesting being in this all-female art show at the Saatchi Gallery, because now I’m part of a duo, being female is not important to me any more. I feel like my gender as a female is getting weaker and weaker.

AMc: In importance, do you mean?

AMc: So why do you think the Saatchi Gallery has chosen to put on a show with just female artists?

VI: Maybe we are at a turning point in our society, where making an exhibition of female artists puts a question to the audience. Now, we are at the beginning of the 21st century. Female artists made such great efforts in the 20th century that we now have a place alongside male artists. Is it, therefore, still important to be a female artist today? And is there still as much disparity between the genders as there was in the 20th century? For me, we are really at a turning point in our society, where, more and more, the disparity between genders, ethnicities and sexualities is decreasing, almost to the point of not existing, I feel, in the future.

AMc: So you don’t feel that you have to work any harder than, say, your partner to be taken seriously as an artist?

VI: No, not at all, but I realise this is a new thing and it’s thanks to all the efforts of the female artists who went before me. I’m 34 now, so I think I’m really the first generation to have known this. The next generation, those who are in their early 20s now, will really live the difference because we have more and more female collectors, female gallerists and female curators working today and all of these people will select artists who would have been overlooked by male curators, choosing only for their own personal club of male artists. I really feel the era of the male master has now ended, finished, it doesn’t exist any more.

That’s my personal belief, so maybe I’m wrong, and I know that there is still some work to do so that a woman has the same chances and equality, but I feel the greatest effort has been made and, over the next few decades, this is going to become a reality. It’s true, if you take the secondary market, auction houses, and so on, there is still a very small percentage of female artists, and they sell for significantly less, but I think this is still a reflection of the 20th century. If you look at the emerging gallery and the mid-career gallery, you will see that there is not so much disparity in the representation of female artists and I have never felt that it was a problem to be a female artist, especially in England, which I think is much less sexist than France.

AMc: What brought you to England in the first place?

VI: I came to study for an MA in sculpture at the Royal College of Art. I was fascinated by how forward looking English art schools are. Having both private and public institutions gives a lot more freedom, too. Private institutions, such as the Saatchi Gallery, open art up to a different kind of market, offering greater choice to the people. In France, we have only public institutions and you have to follow the trend or the rules – if not, you are out.

AMc: And you don’t want to follow the rules?

VI: No way! I think it’s in an artist’s genes – they never follow the rules.

• Ittah Yoda: I think mango you say salmon will be at the Annka Kultys Gallery, London, from 5 February – 5 March 2016. 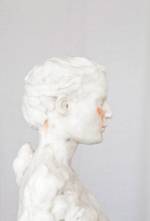 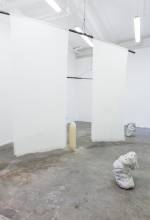 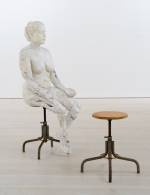 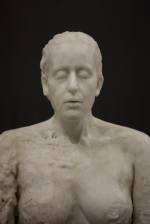 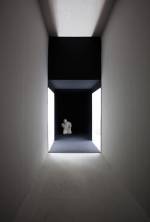 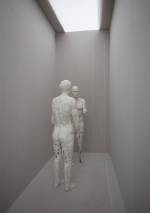