Leaving the buzz to the glamorous new spaces that international mega-galleries are opening in Los Angeles, an exhibition marking the 20th anniversary of the Getty Center is introducing the next generation of collectors to a new way of seeing 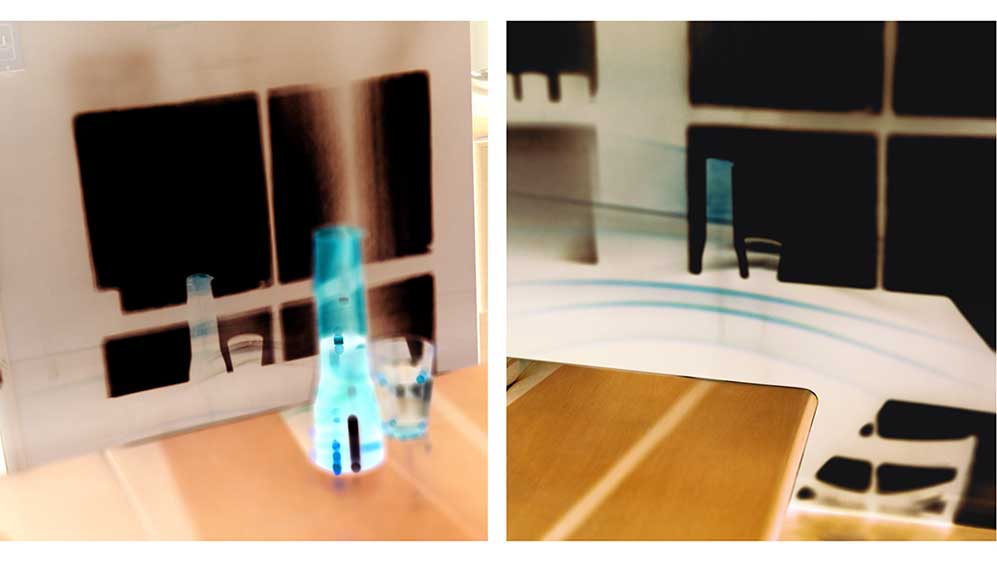 Coinciding with my move back to Los Angeles after 33 years in New York (to be closer to my sons and because the pandemic had drained the Big Apple of its juice), a hefty new slice of the mega-art world headed by Marian Goodman, Sean Kelly, David Zwirner and the Lisson Gallery has taken the newly fortuned collector pulse to set up serious shop here, with headline artists and show spaces reaching to 13,000 sq ft (1,208 sq metres).

Given this hyperactivity, it’s remarkable that what stuns and lingers longest in memory is Peripheral Vision, a carefully considered and revelatory cross-section of storied photographer Uta Barth’s 40-year output. The artist’s largest-ever exhibition, it involves more than 300 works created from the time of Barth’s student days to the recently commissioned … From Dawn to Dusk, a wall-spanning aggregation compiled from more than 65,000 photographs that tracks over months the atmospheric evolution of light as it caresses the museum’s designated surface. The choice of a photographer to mark the Getty Center’s 20th anniversary is itself marking (who knew that Getty’s only designated department of modern art – its scattering of contemporary painting and sculpture given over to the decorative arts department – is that for photography). 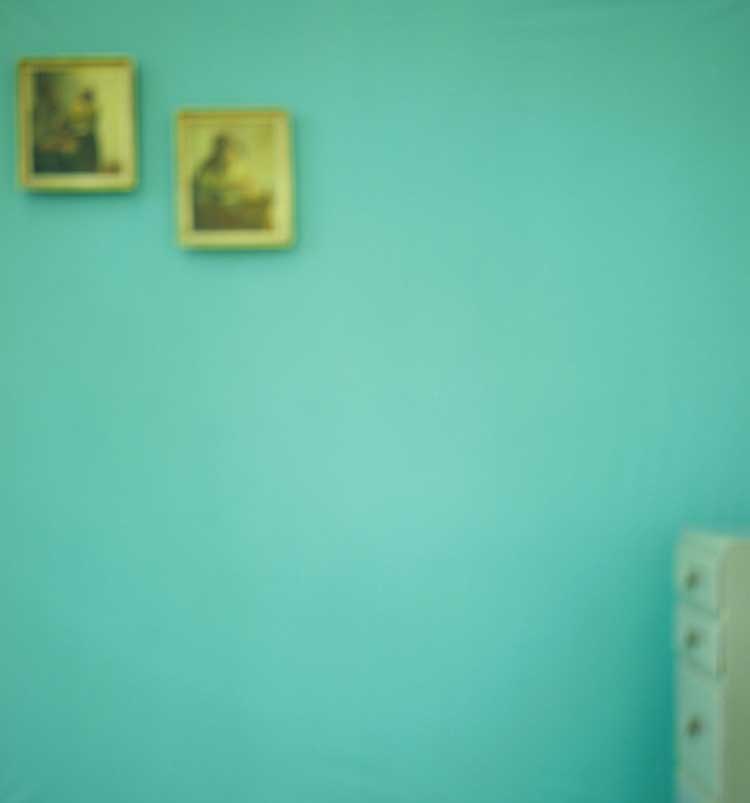 The principal reveal is that Barth belongs to a category all her own – one that begs definition but is cued by recalling that “camera” means “room”. Through a disciplined technique developed over years of training and teaching, Bart manipulates light and space to create rooms within rooms and, most interestingly, the illusion of a camera recording itself. Using for the most part her home as the world, with subjects extending from scattered or grouped household objects to clouds, branches and rooftops seen through a window, Barth has invented a new visual language – one that exercises an almost atrophied muscle, grown lazy by habit, which separately powers the eye and the brain to reveal how, not what the eye sees, and how the brain processes what is seen. 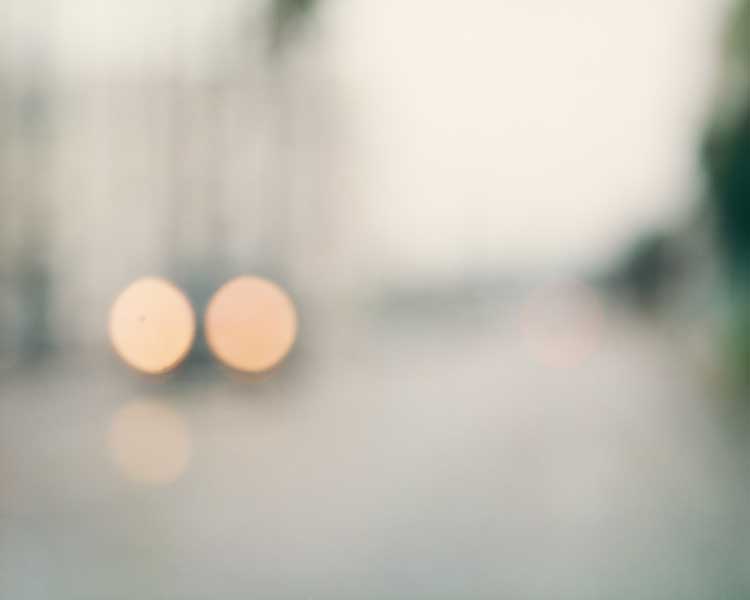 Her focus is neither on self (as with a portrait) nor on the object (as in a painting) but rather on how forms are perceived if the focus is shifted from the object to the surround. To achieve this skewed way of seeing – which the show titles (wrongly, I think) “peripheral vision” – Barth might focus her lens on an object placed where the viewer would stand, then remove it before shooting. The resulting blurry image doesn’t present as blurred (as do those of Gerhard Richter, William Klein and Rolf Sachs), but rather as the visual echo of a partially registered scene.

Barth’s technique is not sui generis, nor were her ideas born of whole cloth. Thrust in the early 80s among four impacting Los Angeles-based artists (Robert Irwin, James Turrell, Lewis Baltz and Olafur Eliasson – three of whom were using light as a medium), she absorbed the tenets of their practice. From Irwin, the principle expressed in the title of Lawrence Wechsler’s memoir: Seeing Is Forgetting the Name of the Thing One Sees. From Baltz, to reach outside photography to involve other media. From Eliasson, mediation, representation and non-determination. Critical, too, the lesson learned from Charles Ray; to centre her own practice as much around the senses as the mind. 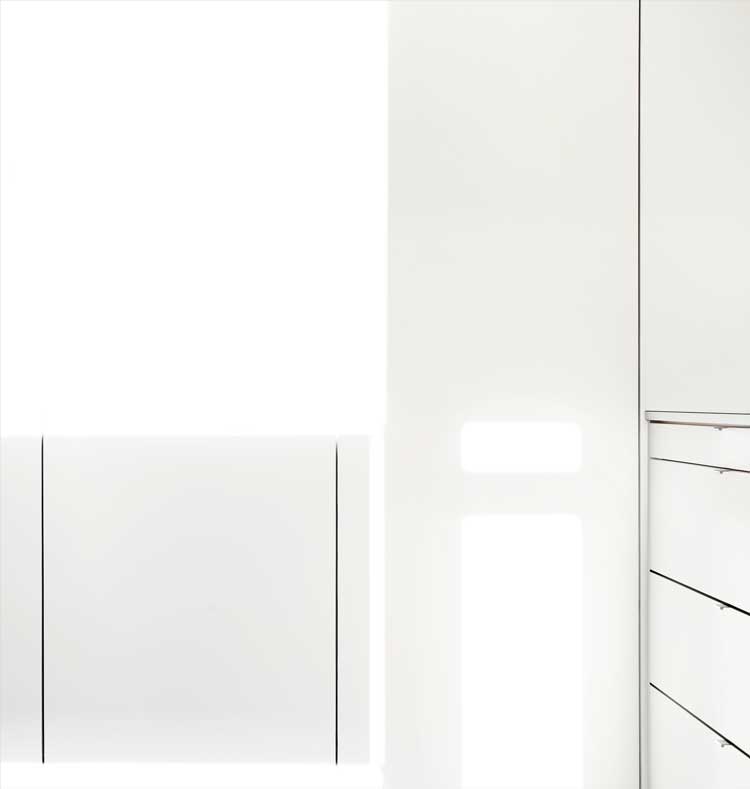 By 1995, when the Museum of Contemporary Art staged her career-launching exhibition Ground, Barth had reworked their ideas into her groundbreaking new way of seeing. Recognised in 2012 by the prestigious MacArthur Award and refined over the next decade of teaching, lecturing and experimenting, her fully developed strategy of seeing reconsiders how colour impacts on perception; what it is to compose an image; what distinguishes the Southern Californian light and, most critically, what it is to perceive, not depict. Random domestic items and studio ephemera slip out of the frame while registering what’s in it; the surround overtakes the centre; spaces are left for the viewer to complete; and although Barth’s serial works sequence from one image to the next, unlike film they resist narrative. The Getty’s photography curator Arpad Kovacs’s brilliant staging heeds her injunction to mount the work as an installation rather than a photography show to encourage the eye to focus separately on each image, and even the modestly scaled works to command their space. 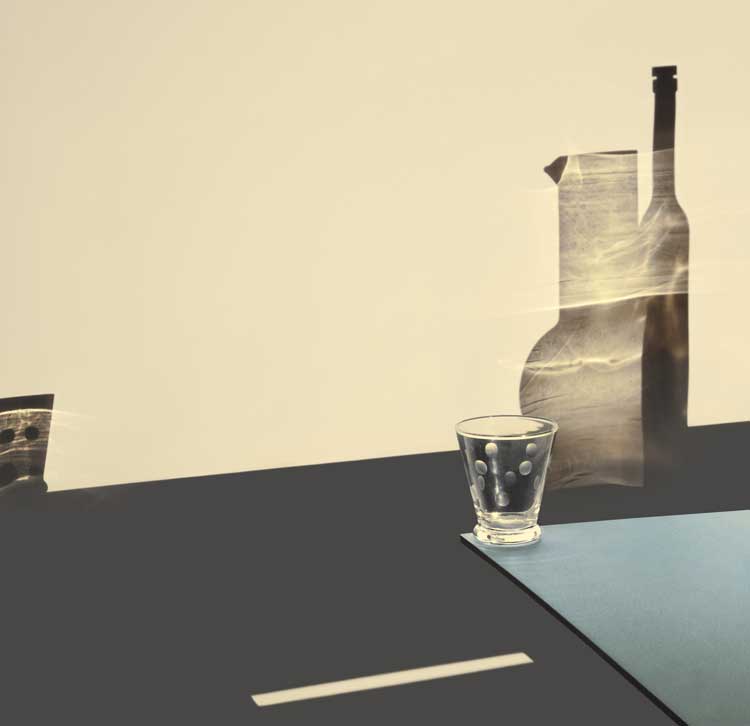 The resulting discontinuity creates an immersive ambivalence. A leafless tree both filters the view and constitutes the sum of its branches; a curtain is both information and symbol; a grouping of carefully composed bottles is both an homage to Morandi and a study in refraction; a window framing a sun-washed plaster wall speaks to the complexity of whiteness; a digitally created swatch of red is inserted into a black and white series of tree branches to jar and disorientate.

Such is the rigour of Barth’s technique, now fully adept at portraying the ground behind the subject, and adapted to the self-imposed limitations of portraying virtually nothing outside her living and workspace, that even the few literal images of domestic objects tweak perception, and even the longer series, though unavoidably filmic, are so charged with atmosphere as to resist narrative.

Most magical are the rhythmic forms seemingly sculpted with light into both waves and still-lives. In this sense, at her core, Barth is an environmentalist, creating a charged electrical field from light, shadow and her deceptive take on focus.

While not all the images are compelling – some, like And to Draw a Bright White Line With Light (11.2), 2011, depicting a hand on a curtain are too literal for re-thinking and a few of the interventions with colour come across as “seen elsewhere” – the majority are arresting and not a few are ethereal. I lingered in front of a light-infused top row of sofa cushions – … And of Time (AOT 4) – as one might before a rainbow, perceiving it to organically shift as if time passing or my moving might eclipse it. 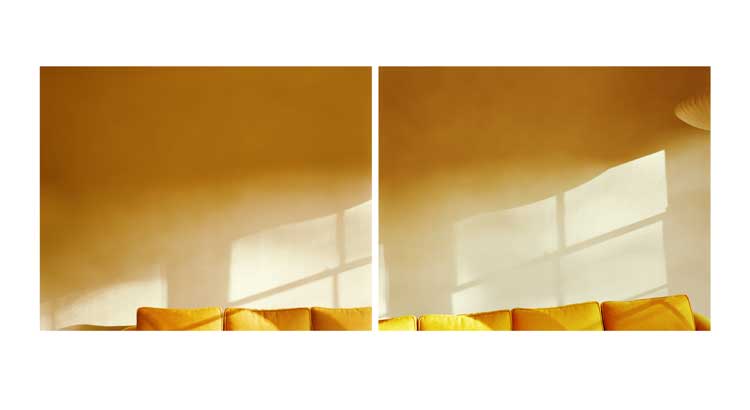 The biggest takeaway is the revelation of what, in the hands of a master, the camera can do: namely, break the frame or create an artificial one; create the optical effect of an after-image left after looking into headlights; position the viewer both in front of and inside the scene, choreograph a lit surface to create rhythm, and, most radically, manipulate light to brain-shift perception. Realising Barth’s career goal of “how to get someone to think about thinking, not about what they’re looking at”, the blurred or serial images achieved with subtle interventions of light, camera angles and removing the focused-on object create palimpsests of the absent to produce a truly new way of seeing.

Not all will have the patience to process it, though I was struck by how many young viwers attended the show’s opening. Clearly, given Generation Z’s trend-setting resurrection of blurred, rose-tinted images with their parents’ discarded cameras, there is a very contemporary, even hip interest in how to more impactfully convey visual information.

The only caveat with Barth’s process, as with all magic, is that you must be there, and, although a solo show at the Tanya Bonakdar Gallery in New York is planned for this spring, this stunning retrospective will not travel. Hopefully, the art world buzz wending west will bring you to Los Angeles and to the majestic Getty Center on the hill. 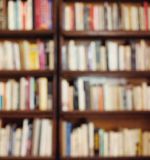 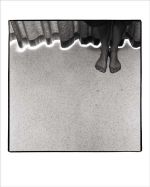