When Mark Gertler exhibited The Creation of Eve (1914) at the London Group’s third show in 1915, he was as shocked by the reaction of the public and critics as they apparently were by his painting.

The press accused him of “calculated and unpleasant sensationalism”,1 “deliberate eccentricity”,2 and “impertinence, with a seasoning of blasphemy”.3 Looking at the work today, it is hard to imagine how it might have engendered such a frenzied and uproarious response, but such was the mood prevailing in the early decades of the last century. The London Group itself was set up in opposition to the art establishment, from the start being billed as the alternative not only to the Royal Academy but to the reigning anti-establishment exhibiting society, the New English Art Club (NEAC). Jacob Epstein is credited with having coined the name at a meeting held on 15 November 1913, and it was considered an appropriately all-encompassing moniker, in contrast to such locally named groups as the Fitzroy Street Group and the Camden Town Group.

In its early years, the London Group lived through turbulent times, not just externally, with the first world war and ensuing depression, but internally, with a history peppered with changing resolutions, elections and resignations, and conflict regarding seemingly controversial and experimental work. The group never had a manifesto as such, and its members have always exemplified a broad range of styles. After it was founded, it quickly became an exhibiting forum for artists who were considered rebellious by the establishment. Emigre artists, albeit often settled and naturalised by this point, were notable contributors (Epstein himself being an American example), and there was, from the outset, a high quotient of female members, with seven among the founders.

Ben Uri was founded less than two years later, in July 1915, in the Jewish ghetto in London’s East End, also in response to establishment prejudice and exhibiting restrictions. Some young Jewish artists, now better known as The Whitechapel Boys (Epstein and Gertler among them), were to play significant historical roles during the first two decades of both the London Group and Ben Uri. Today, they represent a large part of Ben Uri’s collection, and thus it is fitting that this centenary exhibition is being held here.

The exhibition, entitled Uproar!, celebrates the first 50 years of the group  –which still exists today and has given early career exhibiting opportunities to artists such as Stuart Brisley (b1933), Tracey Emin (b1963) and Gustav Metzger (b1926). In 50 works by 50 artists, it moves through these 50 years, encompassing a variety of styles and movements, including the Camden Town Group roots; the controversy of the early (particularly the first world war) years; the Bloomsbury domination of the 20s; the continual strong showing of Jewish and women artists; its official war artists; some avant-garde sculptors; and the contribution of specific artistic groups, ranging from the Vorticists to the Surrealists, Abstract-Creationists and the Euston Road School. The exhibition overall is a riot of colour, content and style, displaying some of the greatest British art of the early 20th century.

The upstairs gallery sets out to recreate the impact of the group’s early artists in their “rebellious” and “uproarious” shows – important platforms for the promotion and dissemination of progressive art and ideas. Alongside Gertler, there is a strong Camden Town Group feel emanating from Ethel Sands’ The Pink Box (c1913), whose elegant interior, with interconnecting reception rooms, is thought to represent Lady Ottoline Morrell’s house at 44 Bedford Square, and Portrait of Sylvia Gosse (1912-13) by the group’s first president, Harold Gilman, which uses the typical Camden Town format of a seated subject, half-length, looking out at the viewer from an interior with patterned wallpaper.

Stanislawa de Karlowska’s Swiss Cottage (1914), which was exhibited at the Group’s second exhibition, calls to mind the work of LS Lowry, with its crowd of elongated people, perambulator and hula hoop. Indeed, Lowry himself was also to exhibit with the Group later in his career, from 1944 until the early 1960s when he was elected as a Royal Academician. His work Burford Church (1948) is included downstairs.

CRW Nevinson’s dry point etching Returning to the Trenches (1916) captures his distinctive war art style, with the delineated geometric shapes of soldiers marching forwards at speed. In stark contrast, Charles Ginner’s Roberts 8 (1916), which hangs next to it, shows the home efforts and human effects of the war, with flowery bedspreads in the hospital capturing something quintessentially British. Next in line, but unrelated to war, is Matthew Smith’s Fitzroy Street Nude No 2 (1916). With its vivid primary colours (which earned him the title of the “English Fauve”), this is perhaps more in line with the provocative style one might expect given the show’s billing.

Downstairs, we see the influence of Cézanne and Matisse (Vanessa Bell’s Apples, c1916-17, and Paule Vézelay’s Bathers, 1923) and Picasso (Eileen Agar’s The Modern Muse, c1931-34). These Modernist forays are juxtaposed against Duncan Grant’s typically Bloomsbury-style view in Window, South of France (1928). But then, directly opposite, we enjoy the Vorticist incursion of David Bomberg’s Ghetto Theatre (1920) (Bomberg was a founder member of the London Group and this work was exhibited in spring 1920 and acquired by Ben Uri in the same year) and a smattering of Surrealism in the form of Paul Nash’s Northern Adventure (1929), which, with its curiously displaced window frame, depicts the view from his flat overlooking the entrance to St Pancras station, covered by scaffolding during the building of Camden town hall.

Barbara Hepworth briefly joined the London Group in 1930, the same year as Henry Moore. An atypical piece of hers is included here, Mask (1928), which looks to all intents and purposes eerily like a death mask. Equally eerie is Walter Sickert’s Portrait of Cicely Hey (1922-23), in which the young lady with her snub nose and large drooping eyes looks like something out of Grimms’ Fairy Tales.

Ruskin Spear’s Winter (1940s) is a grey monochrome painting depicting a dark, dirty, dismal, dank and dreary city scene, with one slash of red – a woman’s hat – like the little girl in the red coat in Schindler’s List. Painted during the early years of the second world war, something of the same mood might be inferred. Ivon Hitchens’ Red Spring (1955), on the other hand, is a welcome explosion of colour, an abstract landscape, a confusion of lines conversing with one another, dabbed, smeared and mixed on the canvas.

Similarly smeared, but with thicker impasto texture, are the flesh colours slathered on to Rodrigo Moynihan’s Objective Abstraction (‘Painting’) (1935-36), which was the most controversial work in the group’s 1936 exhibition, described by the Cork Examiner as “just a mass of creamy white paint, with pink incarnations, placed on canvass [sic] without any idea of outline or character”.4 Controversy, it seems, has never left the group alone. But then surely that is a sign that it has continued to be populated by avant-garde artists, experimenting away from the auspices of the establishment?  With sculpture and painting, this centenary overview will contain a favourite for everyone, but, most probably, also something to dislike. Whether this will still cause such a furious response as at the time, I somehow doubt, since, with between 50 and 100 years having elapsed, most of the artists are now considered “benchmark[s] of respectability”.5 As the present contingent of the London Group continues to produce, however, each annual exhibition will indubitably bring forth new names and “radical” works that will continue to provoke contemporary uproar. Such is the response to art. 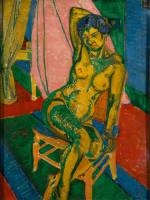 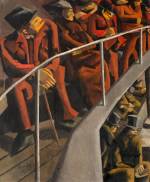 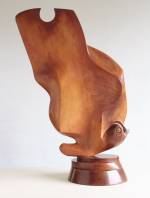 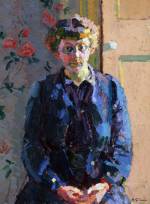 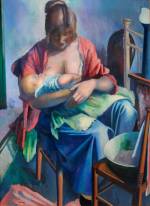 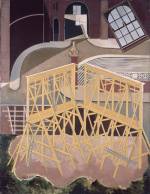 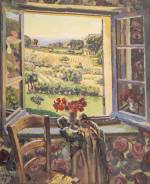 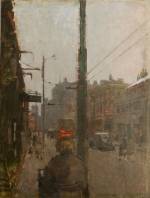 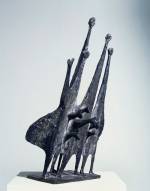 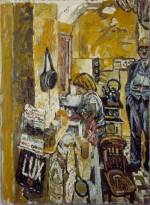 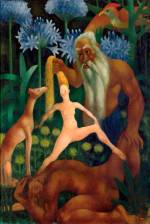