Toby Ziegler: ‘In half an hour, you can undo an entire month’s work’

Toby Ziegler: ‘In half an hour, you can undo an entire month’s work’

Toby Ziegler explains his processes of painting and sanding, and using Google’s reverse image search to create works with layers of geological exploration

Having grown up with a postcard of Henri Matisse’s Large Reclining Nude (1935) on his parents’ bathroom wall, Toby Ziegler (b1972) was more than familiar with this seminal work, which blurs the lines between the figurative and the abstract. While a student at Central St Martin’s College of Art and Design, Ziegler found himself questioning the relevance of painting in today’s digitised society, and much of his work is an attempt to establish an answer to this. Taking inspiration from iconic paintings, he repaints the images painstakingly on to aluminium sheets, before spraying over them and then sanding them down with an electric sander, revealing both the painted image and the bare metal beneath. Describing his methods as “a perverse way of trying to make a mark”, Ziegler recognises his tussle with primarily painterly issues.

But Ziegler also works using Google, searching for the paintings online, gradually reducing the resolution of the images he finds, and repeatedly feeding them back into the reverse image search, which returns increasingly curious, incongruous and diverse responses – in the case of the Matisse, many initially relating to babies and playthings, but latterly turning to cankerous sores and wounds. From these images, Ziegler has composed a slow-moving film, which plays alongside the series of images Matisse himself made as documentation of the progress of his painting and its evolution from illusionistic to two-dimensional space.

Ziegler spoke to Studio International about his interest in thinking about the body in relation to digital technology and the history of painting in relation to the way we circulate imagery today.

• Post-Human Paradise is on show at the Simon Lee Gallery, London, until 12 November 2016. 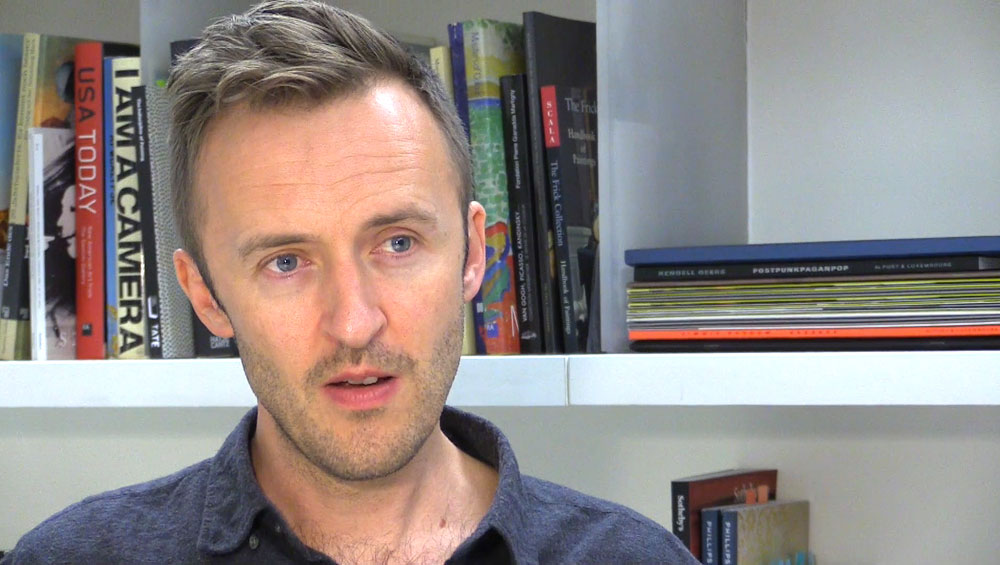