From the time of his first visit to China in 1976, Dr Arthur M Sackler had expressed a deep interest in helping the archaeologists and art historians of that country in their efforts to conserve the rich heritage of their ancient culture. Since the Revolution, the people of China have pursued many objectives in their efforts to build a fair and just society with limited resources. Dr Sackler understood that there was an opportunity to help this modernisation effort in a field which he knew well - the preservation and display of the arts of ancient China. Professor Wen Zhong, Secretary General of Peking University, eloquently describes his first contacts with Dr Sackler and the genesis of the idea of building a modern museum for art and archaeology on the campus of Peking University. 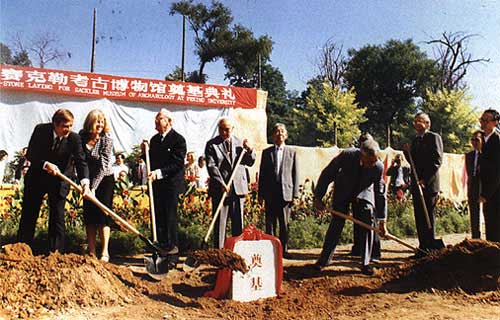 Once Dr Sackler had agreed to help in this project, he turned to one of the New York architects most experienced in construction in China, Lo-Yi Chan, of the firm of Prentice & Chan, Ohlhausen, who were recommended by the firm of I M Pei. It was agreed between the Sackler Foundation and the University that Mr Chan would become the supervising architect for the project, working closely with the architects and engineers from the University and with the firm of J Roger Preston & Partners, engineers in Hong Kong.

After a series of meetings, both in China and in New York, a plan for the museum was finally agreed upon which it was felt by all participants would meet the needs of the University and which would serve as a model of modern museum technology for China and the world. In creating this design, Mr Chan and his associates worked closely with Dr Thomas Lawton of the Freer Gallery in Washington DC and members of his staff.

The plan finally adopted incorporates some of the finest attributes of traditional Chinese architecture, but will include all of the modern technology necessary for the preservation, conservation and display of objects of great antiquity. In addition, the plan makes provision for classrooms for students in the faculty of archaeology, computer facilities; a library; storage facilities; and laboratories for conservation work. Most of these facilities will be in a three-storey structure built in the style of other buildings currently on the Peking University campus, but additional galleries and a pavilion will surround a courtyard which will be used for the display of sculpture. The periphery of the building will also be bordered by a sculpture garden to be named for Dr Sackler’s wife, The Jill Sackler Sculpture Garden, in accordance with one of his last wishes.

In conjunction with the construction of the new museum, the Sackler Foundation will also help prepare young Chinese archaeologists and curators by granting scholarships for study in American universities and museums. Once the museum is completed, these young experts will be able to contribute their knowledge to its future development. They will, of course, be working closely with the director of the museum, Professor Su Bai, one of China’s most distinguished archaeologists. 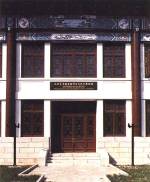