A dish of local ingredients with regional flavour and international appeal

Established in 1928, the China Academy of Art is the first comprehensive art academy in China committed to integrating eastern and western art in its curriculum, while creating contemporary art according to the principles of Chinese culture. The new Xiangshan campus, located in the outskirts of Hangzhou, marks another chapter in the development of the school towards a 21st-century educational model.

Contrary to the norm of siting new campus buildings within university towns built by the state, the Academy decided to locate this new campus on the eastern edge of the southern ridges of Hangzhou. This was done despite the fact that the existing infrastructure of this location may not be adequate, reinforcing the Chinese belief and tradition that the environment is more important than the building itself.

Designed by Wang Shu and Lu Wen-yu, the new campus is built around the 50m-high knoll Xiangshan, and is circumnavigated by two streams originating from a river to the west of Xiangshan which converge in the eastern end of the knoll. Phase I of the campus is located towards the north of the knoll whereas Phase II is located towards the south. Xiangshan is, therefore, the all-important visual focal point for the two groups of buildings.

Being closer to the undulating landform of Xiangshan, the architectural massing blocks of Phase I are more geometric and controlled. A self-contained architectural operating system is employed here to create rectilinear blocks enclosing intimate courtyards of greenery, all oriented towards Xiangshan - a landform of respite and tranquillity. The blocks are rendered in an interplay of smooth, white-painted plaster wall and rough concrete texture wall in grey, with a fenestration of doors and windows in full-height tinted glass. This simple block is then topped with a dark grey traditional clay tile roof. The clean line and sharp edge of the block is further enriched by a series of sun-shading devices in the form of cantilevered steel-framed structures with clay roof tiles and bamboo underlay. The materiality of the architecture is given another layer of richness, as some façades of the teaching blocks are cladded entirely in timber. The result is a coherent, overall whole with each individual unit having distinctive features. When examined more closely, the architecture demonstrates close affiliation with folk buildings and their construction methods, and has its origins in the phenomenon of everyday life. The rough textured wall is formed by scrubbing the wet cement screed, creating an interesting 'spiky' texture, to which creepers can also cling. The handrail is a painted steel frame with an in-fill of 'weaved' timber strips. The traditional clay roof tiles lie upon contemporary steel frames. Time and again, one is confronted with the rawness and power of 'folk' architecture, subtly played up in a contemporary way.

The architecture of Phase II, being further away from Xiangshan, exhibits a different character from that of Phase I. The orderliness of Phase I disappears, in its place is a site layout which is looser and more relaxed. The intensity is no longer found between architecture and Xiangshan, but between the various types of architecture, which glides and slides amongst them, creating a composition that seeks to mimic the complexity of the land. The boundary between architecture and landform is blurred. Here, architecture itself becomes the landscape; individual parts are no longer restricted to the whole and their inter-relationship is made more interesting, often with unexpected twists at the turn of a corner. There are blocks of pure off-form concrete walls with irregular cut-out openings, which draw attention to the materiality of the architecture and the unusual fenestrations. There are also the simple whitewashed plaster blocks with their rectilinear windows and 'flying' corridors of 'weaved' timber strips in steel frames, creating a rhythm that adds excitement to the simple form. The entire landscape texture exhibits a continuation of the original notion of the farmland, with a high sense of cultural self-consciousness and homage to farming civilisation. This is further manifested in an architecture composite wall comprised of a collection of recycled old bricks and roof tiles of 20 different dimensions.

The design of the Xiangshan campus can be likened to a poem; a literati dialogue with mountain and water (shanshui) where the architecture sometimes assumes the characteristics of the landscape itself. Phase I and Phase II can be compared to the different styles of Chinese calligraphy. Phase I is more akin to Kai Shu (or regular script), with its ordered geometric form and courtyards, whereas Phase II is like Cao Shu (or cursive hand, where characters were executed swiftly and with strokes flowing together), where each element has its own distinct form and expression; and yet when read together they form an integral and coherent whole which mimics the landscape of the mountain on the horizon. Here, the landscape acts as the blank canvas on which the calligraphic strokes are executed - the canvas providing necessary clues as to where the strokes should be inked, and where it should be left empty.

The design of the Xiangshan campus is not a simple return to the basics, but an amalgamation utilising the remains of the farming tradition integrated with industrial methodology, thinking and construction method. The unadorned industrial concrete walls and roof, embellished with agricultural farming clay tile, are completed with huge cedar wood-framed doors and ordinary iron door latches. Everything is so simple and honest, and yet exudes a power of rawness that is unrivalled by much contemporary architecture using modern materials. It is a witty play staged by the architect involving experimentation with various indigenous ingredients with allusion to traditional spatial models, which has injected regional spirit into contemporary architecture. It is the Chinese version of western idealism and the European model of eastern romanticism. This reinvention of an industrial heritage and respect for local farming traditions has resulted in something that is of a tight fit to the site and culture, yet which evokes a sense of history and of forwardness at the same time. This is a landmark attempt that will go down in the documents of architecture for its joy, wit and courage, for posterity as well as for today. 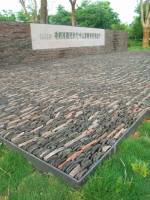 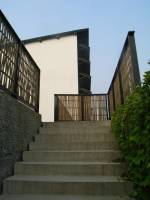 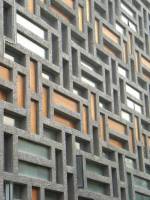 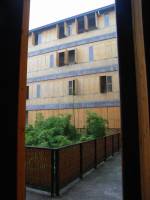 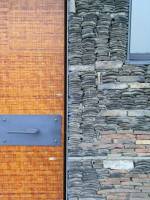